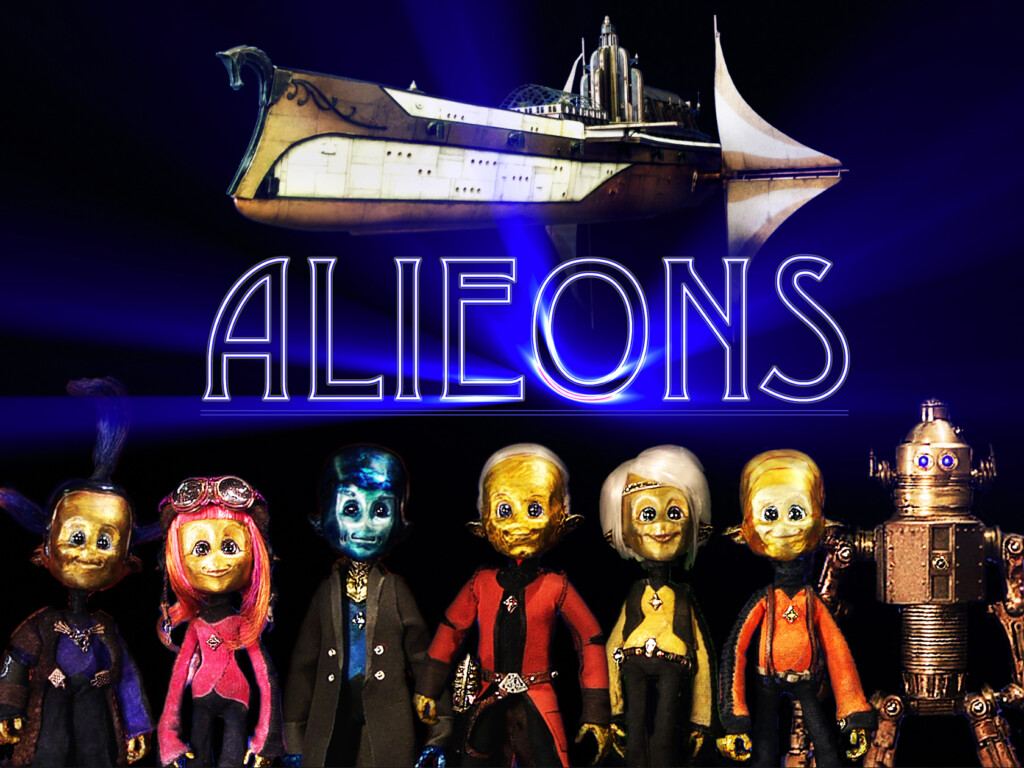 I can’t imagine how different my childhood would’ve been had I grown up with today’s technology. I couldn’t draw, but that didn’t stop me from making my own comic books or even flip books!

It was the most rudimentary of animations, but I used to draw little pictures in the lower right corner of my notebooks. Slowly pull back the pages one by one and my little drawings magically came to life! What I wouldn’t have given for an iPad back then with some stop-motion apps so I could really bring my Star Wars figures to life.

I’ll always have a soft spot for stop-motion animation. It’s just so incredibly cool looking and I most definitely appreciate the insane amount of time and effort put behind even a 30-second clip. The original Clash of the Titans is still one of my all-time favorites. And Tim Burton’s Nightmare Before Christmas is so cool to look at, I could watch a 20-hour extended version and never get bored.

So when I heard about a potential new sci-fi, stop-motion TV series currently being developed (down in South Africa, no less!), my interest was definitely piqued.

Inspired by some of my favorite sci-fi properties like Star Wars, Star Trek and Firefly, Rocketboot Rex Studios is the amazing cinematic team behind Alieons. Targeted at kids in the 6- to 10-year-old range, Alieons tells the tale of a group of six aliens (and their wacky robot, of course!) who venture to Earth to learn all about the planet and its inhabitants. And yeah, these Alieons are only 6-inches tall.

What makes Alieons real interesting to me is that it’s a mix of stop-motion, with puppetry and some CGI tossed in for good measure. It makes sense when you consider the creator behind Alieons: Jennifer Martin, one of the creature sculptors on the first Harry Potter movie, as well as The Mummy Returns. 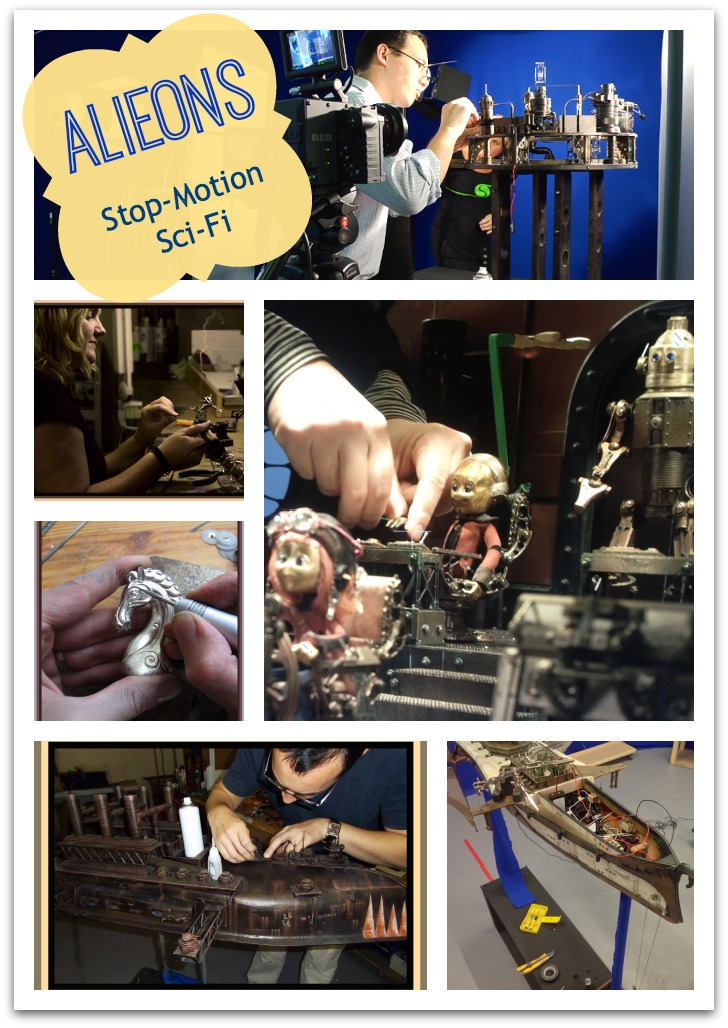 Viewers will also learn some real-world lessons without even realizing it. Yes, folks, Alieons seems to be fun and educational!

Apparently science facts are worked into the main part of each story, but in an entertaining, story-driven manner, rather than a straight-up, boring  teaching style. Alieons will learn why diamonds are so shiny, how suspension bridges are held up, as well as tons more topics including the solar system, volcanos, electricity, plants and more.

I love the fact that these tiny little aliens are running around our planet, keeping out of site, while learning about our world (and teaching our kids in the process), as well as fighting off the evil Grimlings. You knew there had to be some bad guys, right? 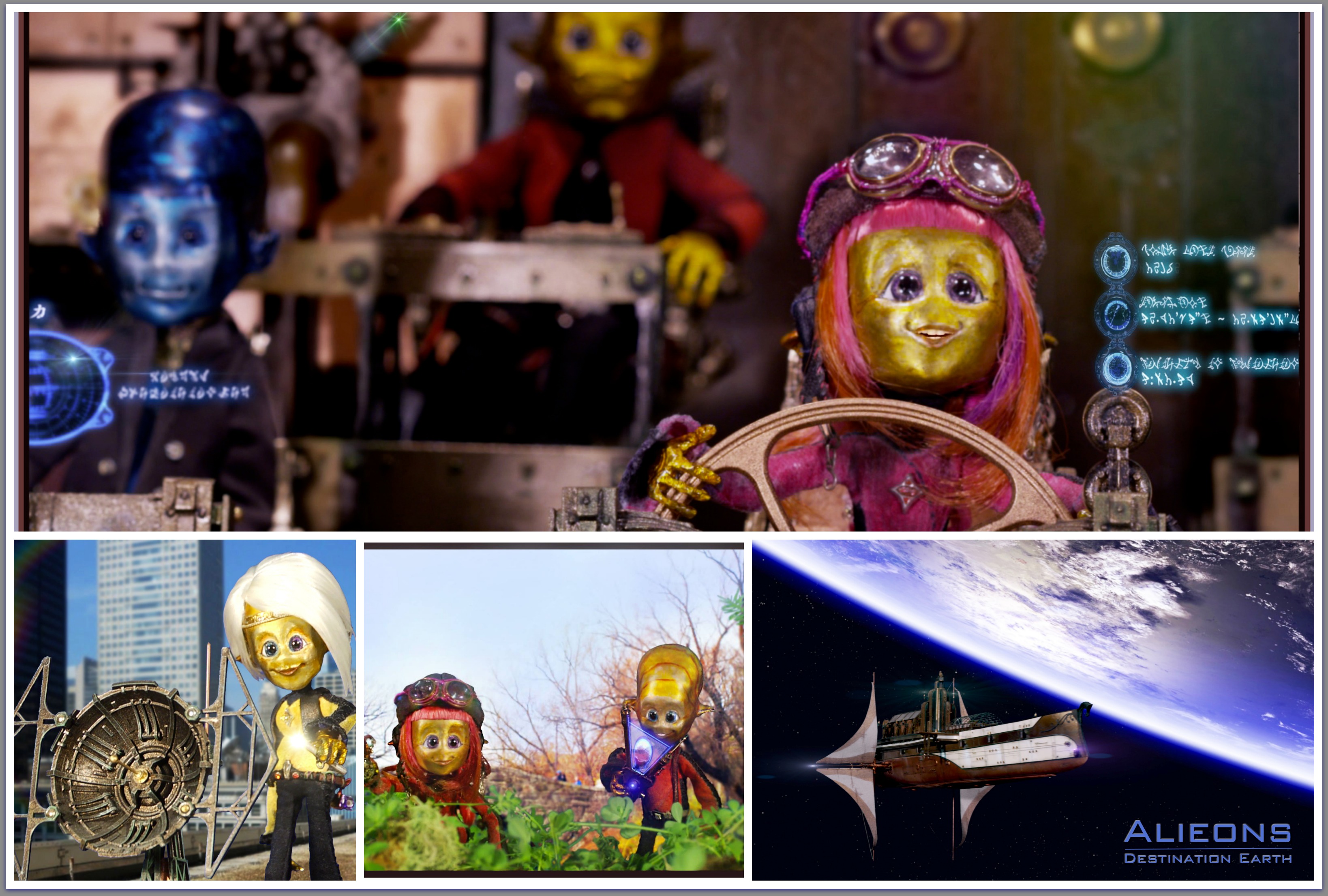 Alieons definitely looks different to me and I’d love to actually see this concept become a full-fledged show. Right now, the team is in need of some funding to produce a high-quality show, so they’ve taken to the public! Yep, you can help make this neat concept a reality through the Alieons Kickstarter program! You gotta love this day and age where crowdsourcing can make any dream a reality!

The Kickstarter was created to help fully fund the first 22-minute episode of Alieons. As of this writing, the Kickstarter’s reached just over 1/3 of its goal with 24 days left to go! Rocketbook Rex Studios is seeking £9,000 (roughly $15,000 USD) , with £3,108 (about $5,227) already raised. Can they make up the remaining 2/3 in the next three weeks? It’s almost like the team’s on its own exciting adventure!

Besides helping to get a really neat concept off the ground (and bring another stop-motion series to life!), your contribution to the Kickstarter can earn you plenty of Rewards based upon your contribution. Everything from a special edition DVD to character mugs, T-shirts, storyboard books and, ultimately an Executive Producer credit! And if the goal is far exceeded, additional episodes will be created as well for each new £10,000 goal.

I, for one, am rooting for the little guys and hope these Alieons truly find a home not just on our planet, but on TV as well.