I cannot tell you how many times I visited the Bronx Zoo when I was a kid. We must’ve gone every summer or so.

To this day, my parents still remind me of the the one visit they’ll never forget. As usual, it was a real hot summer day and we had spent a number of hours already walking the mammothly large zoo. Apparenly all I wanted was to see the giraffes.

I kept bugging them about it and by the end they finally said okay, let’s find the giraffes. And of course, they were clear on the other side of the park, so my parents had to carry me for probably miles as they made their way to the giraffe enclosure. I think I just smiled and then said, “I want to go home.”

Nowadays, my kids are the ones sending me all over the zoo. We’ve gone probably a dozen times already since they were born and yet every time, we see maybe 1/6th of the entire park, if that.

I like zoos, especially when the animals have a habitat to run around in, rather than a small cage. Yes I know zoos can certainly be educational but I never realized how helpful they could be in teaching my kids math! 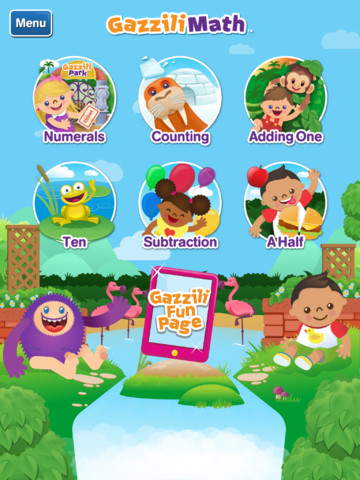 When I was asked to review a new edutainment app called GazziliMath I figured it’d be a fun calculator-like app. Instead, I was thrown into an animated world of children at the zoo, where every step was an entertaining math lesson.

GazziliMath plays like an interactive cartoon. Nice, simple graphics keep things from being too distracting. Some apps put all their eggs in the one super animation basket, leaving them with no story, no good gameplay, etc. This one had a really perfect balance across the board.

The story starts at the zoo where the app asks you numeral-related questions such as “How many tickets do you need to enter the zoo?” You count the number of kids on the screen, hit the correct number from a displayed list. If you’re wrong, the app gently tells you to try again. If you’re right, you receive some encouraging words, see the gates open and watch your characters walk in.

Other fun challenges include counting up the number of animals in each area at the zoo, as well as helping to feed each group based on the number of picnic baskets waiting to be given out. 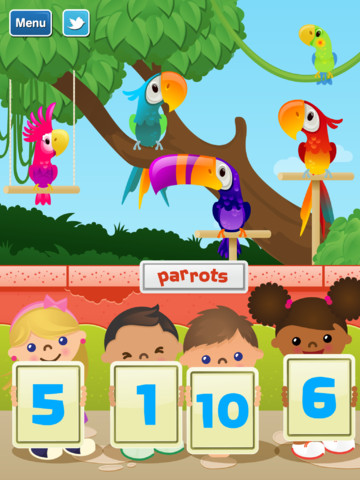 What’s really nice about this app is that it doesn’t just teach the same concept over and over and over and nothing else. It teaches similar concepts but through a variety of different examples. Kids will count animals, learn to count from 1 to 10 both backwards and forwards, etc.

I also like how GazziliMath does a solid job of taking advantage of the iPad’s features. Some challenges require kids to touch the correct number or animal, while others see kids pinching or dragging objects across the screen. Fine motor skills help too! Total bonus! 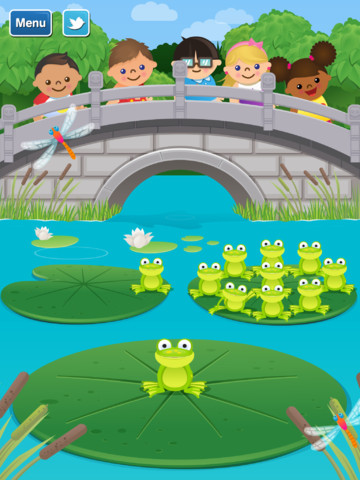 After each level there’s a super short quiz just following up on the main lesson just taught. Once complete, kids get to the GazziliMath Fun page! Basically you have animals that you press and they play a different instrument. As you advance through the game, more and more animals are added to your orchestra. It’s a cute incentive that’s sure to entertain the little ones. Heck, I had a blast making the cat “meow” over and over, while a seal played some horns.

There are also a number of settings parents will enjoy such as the ability to turn on/off sound effects music and even a hearing-impaired mode that displays the narrator’s words as they’re spoken.

If you’ve got a preschooler who’s just learning how to count or one who needs some extra practice, definitely give GazziliMath a shot.

– Successful completion of each activity brings GazziliFunPage to life 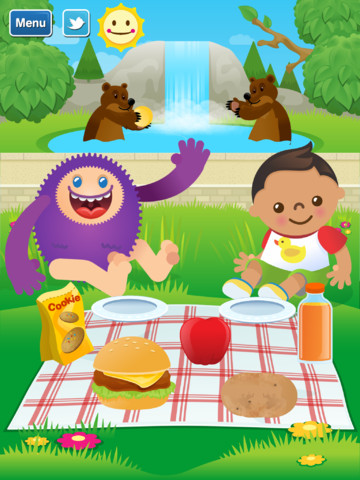 GazziliMath for the iPad is available for $1.99 on the iTunes App Store