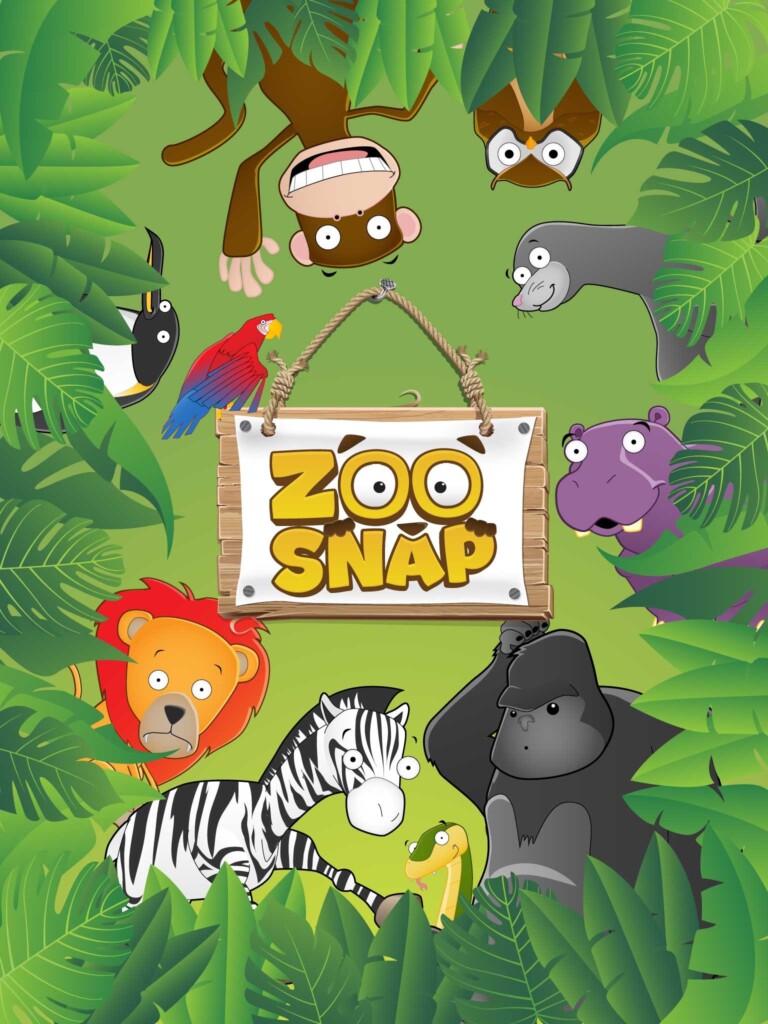 I’ve played Memory probably a gazillion times in my life. I can’t… uh… actually remember the exact number, but trust me, it’s a lot.

As a kid, I’d take a deck of cards, lay them all out face down and then play “matching” with my sister. When my kids were younger we played a few different versions of the game starring characters like Dora, Thomas and Spider-Man. No matter the size and shape, these games were all pretty much the same theme: find a pair of identical pictures.

I always called it “Concentration” and occasionally “Memory.” But apparently, there’s also a card game variation called “Snap.” I’d never heard of this in my life until recently when I was asked to review someone’s Memory-like app. It’s a fun new app called Zoo Snap. And yes, I realize I just made a rhyme. I do it all the time.

What first intrigued me about Zoo Snap is that the inventor of the learning/educational game app was inspired by his autistic son to create it. His whole family ended up loving the game and it started to snowball from there.

The game is only 99 cents and after downloading it, I’d say it’s certainly worth a buck! The game starts right up and your goal is to match animal pictures. There’s 20 different animals that are rotated in throughout the game so every round you’ll most likely see some new ones.

The art is really cute I have to say. There are so many apps out there that were clearly just tossed together and look like someone’s 6 year old sketched out the artwork on a school bus. The graphics and coloring are real slick on Zoo Snap, and certainly elicit just an all-around fun feeling. 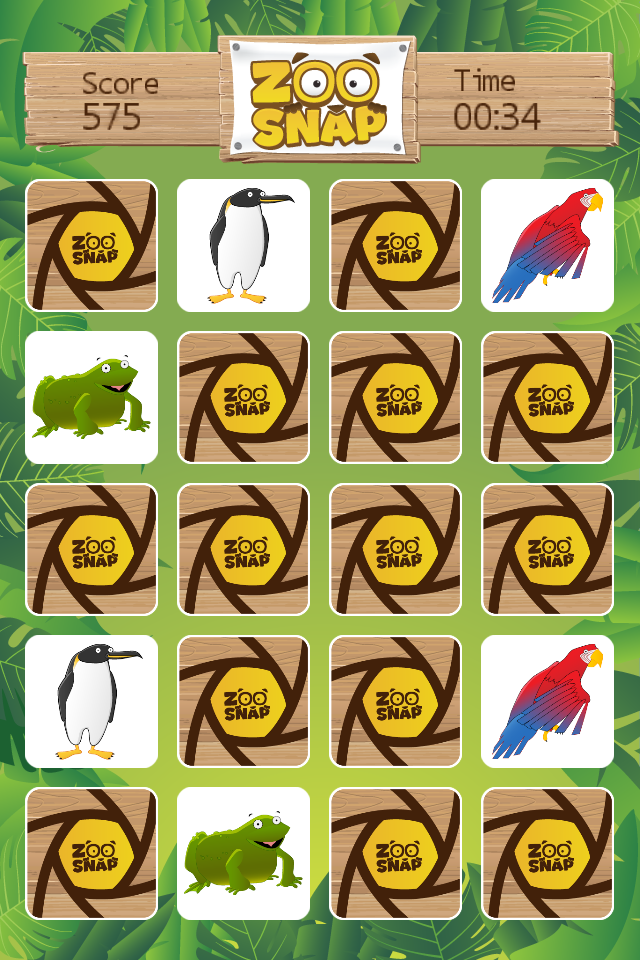 The one extra thing that Zoo Snap includes, however, is sound. Every time a card flips over and shows an animal, you hear a related animal sound. That means you can not only work on improving your memory skills based on site, but based on hearing as well.

What’s more, you’ll actually get to hear what a zebra sounds like! I wonder if there’s a fish in there. That’d be quite fascinating to listen to that one!

There’s a timer that shows you how long it took you to finish the board, so you can keep track and play against friends or family members to see who can make all the matches the fastest. Another neat feature is a reward at the end of each level. You unlock some unique items like interesting wallpapers. 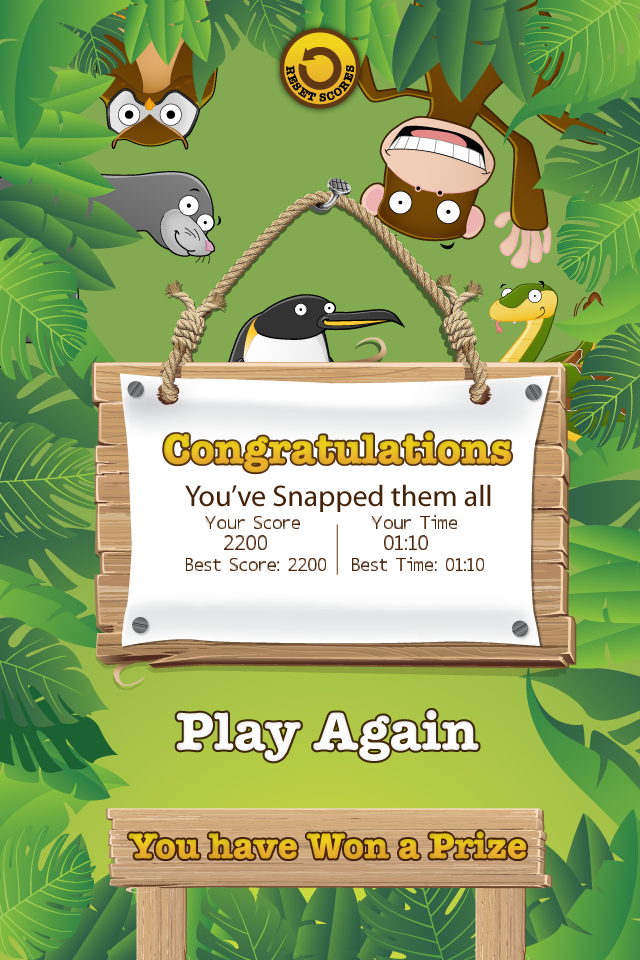 For the younger kids, Zoo Snap offers more than just a simple matching game. It gives parents an opportunity to teach kids about different animals. They can ask questions about the animal and even comment on the different sounds.

Additional features are currently in the works such as real animal photos awarded as wallpaper downloads for each of the 10 levels, and a timer that counts down, adding a little bit of intensity to the game.

If you’re looking for an age-appropriate app for your young kids, consider Zoo Snap. It works great on tablets like an iPad, and can certainly entertain the 3-10 year old crowd.

I just love the simplicity of the app, which makes it very easy for young kids to enjoy and start learning before they even realize it. I also really like the fact that this wasn’t put together by some huge corporation or gaming giant. It was created by a dad who wanted to help his kid. That’s certainly something worth supporting! 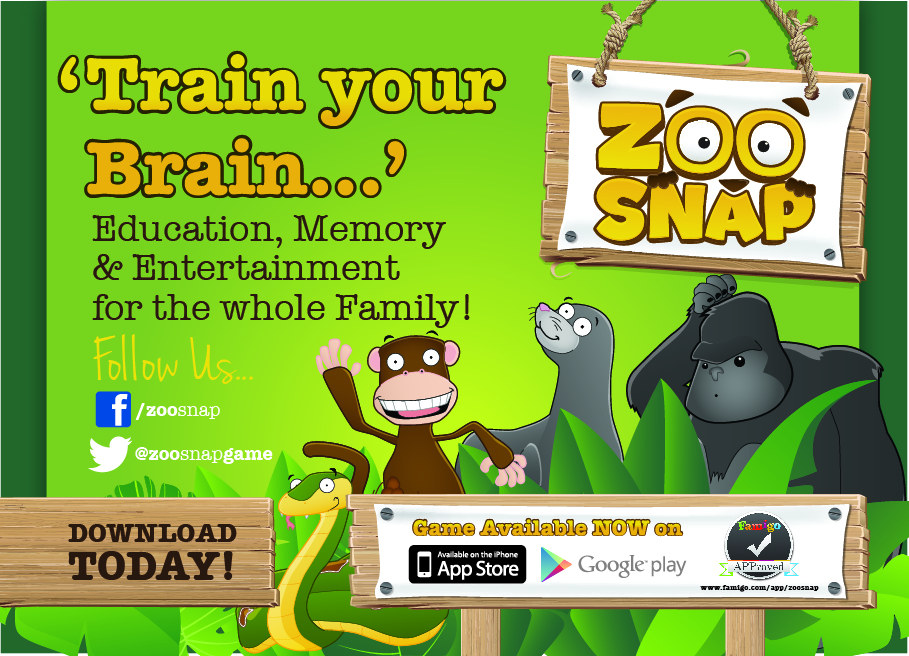 This post was brought to you by Zoo Snap. All thoughts and opinions expressed in this post are my own.