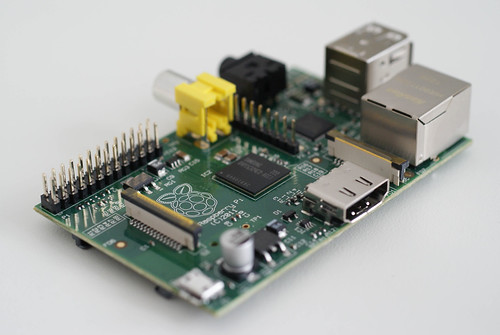 Today’s a landmark day here at Mommy’s Busy, Go Ask Daddy. You’re about to read the very first guest post on here! Oliver pitched me an article that certainly caught my attention: Getting kids into technology. I’ve written about my son being a keynote speaker at MIT for his programming project, as well as various homemade movies and all sorts of Lego projects both my sons have been involved with. So I’m more than pleased to offer you some thoughts from Oliver.

Most of us tend to think of technology as a tool for adults.  It is expensive, fragile, and sophisticated.  It can be complicated; and we usually use it for work.  But these assumptions are no longer valid, and have already become anachronistic in today’s rapidly evolving technological landscape.

These days, toddlers have little difficulty operating iPads; first graders are more computer savvy than many adults; and kids are growing up on a steady diet of high-tech toys, games, and educational devices.  In keeping with this trend, a number of significant tech initiatives for children have recently cropped up throughout the world.

These forward-thinking programs are putting highly sophisticated, open-source technologies into the hands of children at early ages and encouraging them to experiment, play, and gain fundamental insights into the digital realm. The hope is that early, hands-on engagement will give them an understanding much deeper than most people have today into the inner workings of the digital tools we rely upon.

Raspberry Pi reflects one such initiative that has been making headlines across the globe in recent months.  A UK company lately developed a Linux-running circuit board computer about the size of a credit card.  It contains USB, HDMI, Ethernet, and audio ports; and can be operated by connecting it to an ordinary TV and a keyboard.  At just $35, it is affordable and widely accessible for schools and students throughout the world.

The company founders were motivated to create this open-source, easily modifiable computer after discovering that university Computer Science students today are far less capable than their predecessors, who grew up experimenting with rudimentary computers.  So far, nearly a million Raspberry Pi units have already been sold; and the technology has provoked as much interest amongst students as it has from hobbyists.  In addition to educational applications, Raspberry Pi has also been used for everything from circumventing Internet censorship in China to opening garage doors.

One Laptop Per Child 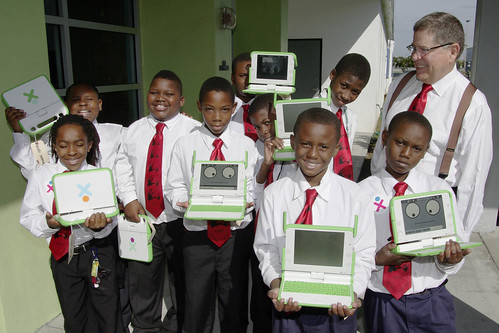 The One Laptop Per Child Project is both an innovative social experiment and an inspiring international relief effort.  The NPO responsible for the initiative is distributing rugged, Internet connected, energy-efficient laptops to the world’s poorest children.  These water-resistant laptops are solar-chargeable and open source, giving rural village children the opportunity to experiment with technology even in areas without electricity.

Based on the belief that education can help resolve other serious social problems, it is hoped the computers will not only motivate children to go to school, but also to spend time learning on their own and developing innovative ways to aid their communities.

So far, more than 2 million computers have been distributed in over 42 countries.

In our heavily digitized world, we often use computers and other gadgets without any awareness of what is going on behind the screen.  Lego Mindstorms are simple robotic building blocks that allow children to experiment with digital mechanisms in a hands-on way.  Bridging practical mechanics with the computerized systems that control them, Mindstorms help children learn while they play with and manipulate the structures.  The Mindstorm systems even allow for basic programming functions, open-source collaboration, and peer-to-peer sharing with software available for download from the Lego site.

As modern society moves farther and farther into the digital realm, it is important to establish an educational foundation that will keep future generations grounded in a basic understanding of what makes everything tick.

If we allow ourselves to drift too far from the mechanical processes that our technologies are based upon, it could lead to an eventual stagnation in technological development.  As these initiatives prove, it is never too early to put technology in the hands of children.

GUEST BIO: Oliver is a Mindstorms enthusiast from Legolandholidays.co.uk . He currently uses a Raspberry Pi as a media PC but does have another SD card for more educational uses. He’s looking forward to getting his hands dirty on the 3rd gen Mindstorms kit.