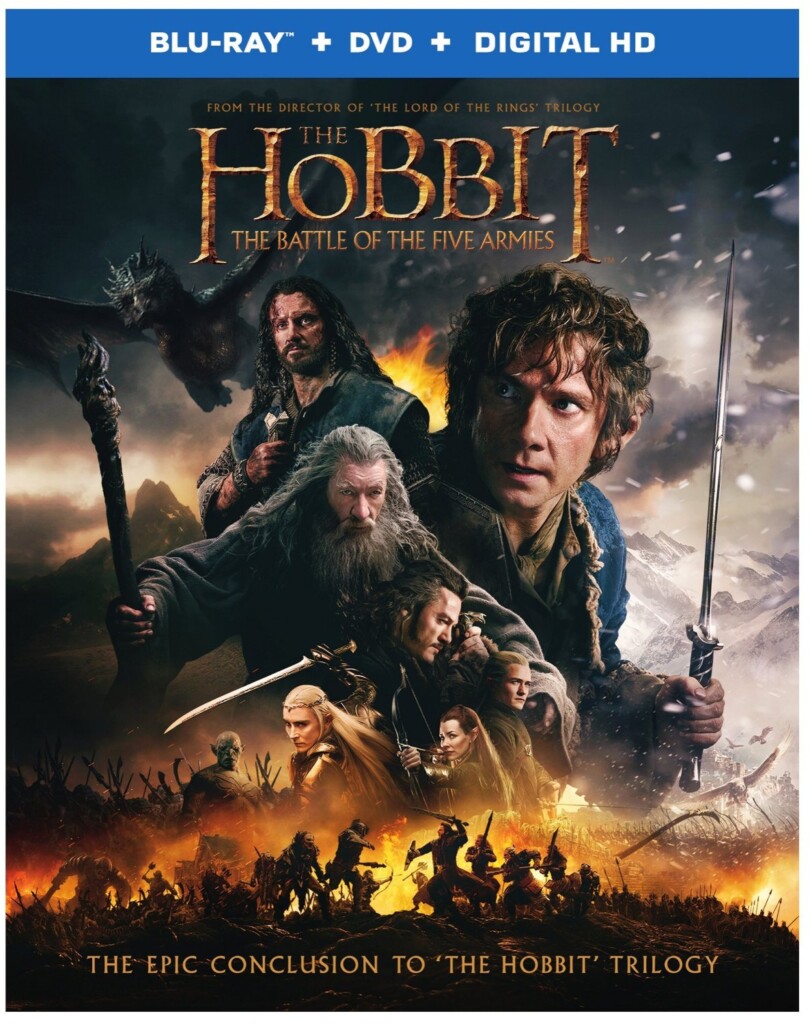 If those phrases don’t send shivers up your spine, then you weren’t obsessed with Bass and Rankin’s animated The Hobbit movie from 1977. I must have watched that cartoon a million zillion times as a kid. Such a great story, great animation and clearly an emotional one as I’m still totally freaked out by the Gollum scenes. (Hence the “Eggs! Eggs it is!” from the riddle game that Bilbo plays with the lizardy creature.

I loved the book and of course loved J.R.R. Tolkien’s entire Lord of the Rings trilogy too. I’ve re-read them all recently right when the insanely awesome Peter Jackson films came out. And now that the final Hobbit film has come and gone, there’s a bit of sadness in the air. Much like the end of the Harry Potter films, the end of The Hobbit movie trilogy is bittersweet.

I miss Bilbo and his unheard of bravery, especially for a pipe-smoking, tree loving Hobbit from the Shire. There’s something so incredibly amazing about the fact that an entire world hinges on the acts of just one furry footed little guy. After all, he is a “very little fellow in a big world.” Yet that one little fellow sets in motion some seriously big changes.

The final installment of Warner Bros. The Hobbit series is finally here to take home. The Hobbit: The Battle of the Five Armies is available on Blu-ray.

Special features on the Blu-ray/DVD Combo include:

You can continue the adventure a bit courtesy of The Hobbit The Battle of the Five Armies App! Take the fun quiz below to see if you’re as brave as Bilbo. (Apparently I’m not.) Do you have what it takes to journey through Middle-Earth? You’ll also learn all sorts of fantastic facts about Middle-Earth using the interactive map.

Take a look at these special feature clips too:

Win The Hobbit: The Battle of the Five Armies
Blu-ray

Giveaway ends on April 16, 2015 11:59 p.m. The 1 winner will be chosen at random and announced on this site. Giveaway is open only to legal residents of the fifty (50) United States (including District of Columbia) and Canada, who are at least eighteen (18) years old at the time of entry. The 1 Winner will be notified by email and have 48 hours to respond or a new winner will be chosen. Each household is only eligible to win One (1) Blu-ray The Hobbit: Battle of the Five Armies via blog reviews and giveaways. Only one entrant per mailing address per giveaway. If you have won the same prize on another blog, you will not be eligible to win it again. Winner is subject to eligibility verification.