I can’t remember a time when Mother Nature was so messed up. Seriously. It’s the first week of December and here in NY, I was wearing a T-shirt yesterday as the temps were close to 60 degrees. Today, it’s a lot colder, probably the mid 30s. And it may even snow tomorrow! It’s normally tough to stay healthy during the regular winter (a.k.a. cold and flu season), but when the temperatures keep fluctuating like some crazy rollercoaster, it’s going to be downright impossible to avoid getting sick!

Those of you with kids know that the winter pretty much means it’s going to be one non-stop running nose, coughing, sneezing season. I don’t have any statistics on me, but I’m pretty sure tissue companies do their best business at the tail end of Q4 and the beginning of Q1. Might as well call our house a petri dish for all the germs that party on in the winter.

It’s funny, though. Allie and I each seem to have adopted the same health patterns as our kids. Whatever Jason gets, Allie usually gets, and whatever Ryan gets, I manage to catch. (Like that wonderful pneumonia I had earlier this year.) Since I work in Manhattan now with a lengthy train ride in, I’m even more susceptible to germs than ever. I don’t even want to know what’s living on all those subway handrails. Shudder. 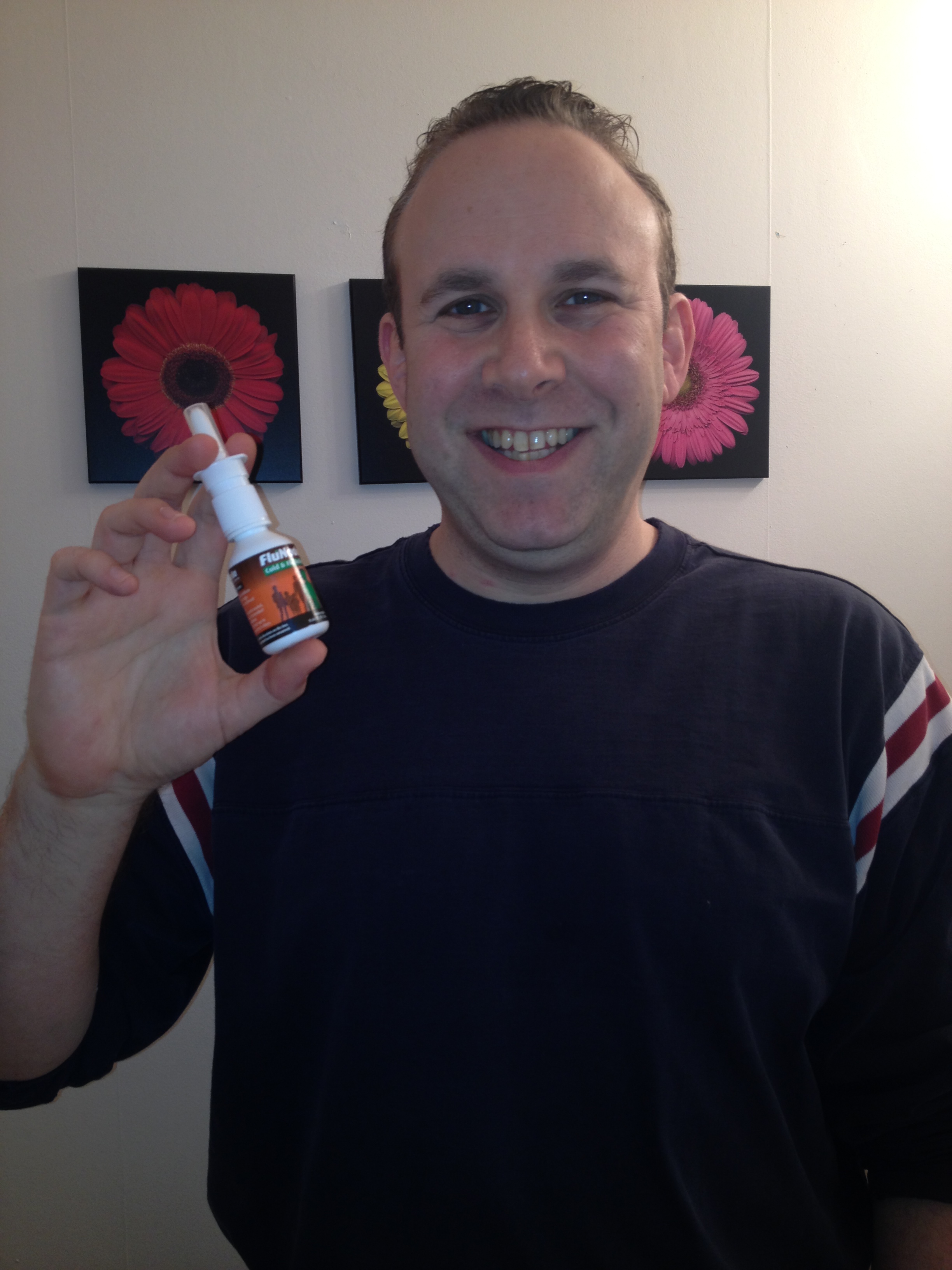 I really can’t afford to get sick or I can just picture myself passing out on the train and missing my stop! So I’m certainly willing to try all sorts of preventatives. There’s a ton of over-the-counter meds available for fighting off colds and the flu but do I really want to subject my body to even more chemicals? That’s why I was super curious to try Flunada. This natural remedy is a proactive way of attacking this sick season and hopefully nipping flu-like symptoms in the bud!

I went to one of the dozen or so Duane Reade stores near my office a few weeks ago and picked up a box of the nasal spray to give it a try.

I’ve used tons of nasal sprays before thanks to my year-round allergies. This is the first one, though, that I’ve ever seen that doubles as a throat and nasal spray. The directions state that you spray it 3 times to your throat and swallow, and then once in each nostril, letting it drip and then swallow.

I’ll be honest and say this isn’t the greatest thing I’ve ever tasted before. But it is very far from the worst. Throat and nasal sprays are never fun, especially when they drip down your throat. But usually they have a super nasty medicine taste and, to me at least, that drip down the throat is the worst part. It just kind of hangs there all day it seems. Thankfully, I didn’t have that with FluNada.

This homeopathic product is made from black elderberry (oooh, sounds like something out of Lord of the Rings!), mint and eucalyptus. The first time I sprayed it, the strong minty flavor surprised me. It doesn’t have a strong aftertaste at all, though, and after a few days, I actually was used to the flavor.

I’m happy to say that I haven’t gotten sick yet and it’s even helped offer some relief to my usually stuffy nose. I definitely like the fact that it’s a natural remedy. It’s also Zinc-free and non-drowsy, so I don’t have to worry about breathing better but feeling sleepy all day.

Here’s hoping it’s a healthy holiday season this year. Because frankly, I’m getting pretty sick of being sick every winter.

Promotion! You can save $3 on FluNada at Duane Reade for a limited time! So if you’re looking to try out this natural remedy, now’s the perfect time. 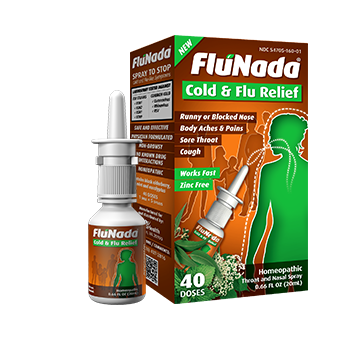