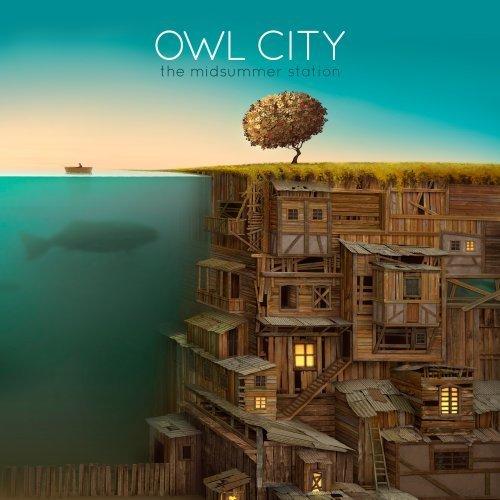 I’ve never really cared for owls. Not that I had anything against them, I just never thought much of them either way. My wife’s a big bird fan (as opposed to a Big Bird fan), and every day I live in fear of coming home to a house full of squeaks, squawks, and bird poop. Thankfully, I’ve dodged that bullet so far.

I did enjoy the owl messengers from Harry Potter, and of course who doesn’t love the mechanical owl Bubo from the original (and still reigning champion) Clash of the Titans film. Yeah, owls haven’t really had much influence on my life. And then along came a little band called Owl City.

I honestly have no clue where the name came from. Did these guys grow up with tons of owls? Is this where all those warrior owls from the Legend of the Guardians  movie came from? I really don’t know. I just know that my wife was obsessed with their “Fireflies” song and actually had it as her ringtone on her phone, before she upgraded to an iPhone last year. It’s a great song that just sort of calms you down, while lifting your spirits at the same time.

Bare with me, I actually do have a point to get to! And it’s that I was offered the chance to review the band’s latest album The Midsummer Station. Knowing my wife loved these guys, I figured I’d give it a shot. And I’m sure glad I did!

My wife instantly fell in love with the entire album, and I have to say that it’s fast growing on me as well. I’m already hooked on three or four of the tunes that, like “Fireflies,” are simply catchy and just seem to sparkle with life. You’ve most likely heard “Good Times” already (featuring Carly Rae Jepsen), which honestly is just too happy a song, isn’t it? I defy you to be in a grumpy mood, hear that song and not feel even a little bounce in your step. Heck, if any song in the universe could get Eeyore and Grumpy Bear to crack a smile, it’s this one.

No, Owl City’s lyrics aren’t incredibly deep. There aren’t any monster ballads. Nor any guitar-shredding, amp-blowing solos. And yet despite all that, I really like this album. To sum it up in two words, I’d say this album is “pure fun.” Songs like “Shooting Star,” “Dreams and Disasters,” and “Speed of Love” are all super catchy and upbeat.

I’m definitely not a fan of disco or synthetic pop-type music. Yet somehow the Owl City gang gives off a poppy sort of vibe (especially enveloping the lead singer’s vocals) and I have to admit, I really like it. What once started as simply a nice “background” album to play while at work has quickly turned into a must-play album on my list.

Whether it’s the CD cover art, the singer’s poppy-yet-innocent-sounding voice, or the overall feeling of hope that just flows out of each and every song of theirs, The Midsummer Station makes me feel like I’m listening to a fairy tale. One that has a happy ending every single time. 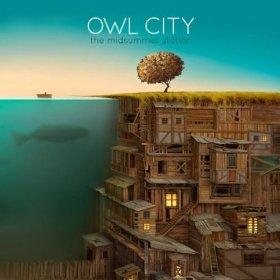 Check out the band’s site at OwlCityMusic.com

I received a copy of the featured product in exchange for my honest opinions. The thoughts and opinions expressed in this post are my own and in no way were influenced by the company providing the product.
Share1
Tweet
Pin48
49 Shares