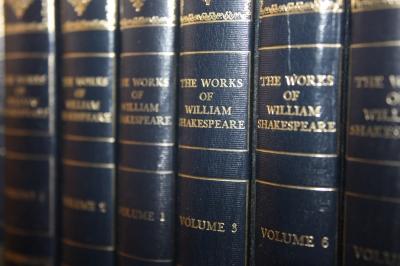 Lawyers. If we listened to Shakespeare, we’d all be solving our issues with fists.

While I certainly agree with The Bard’s intent (a lot of sharky, evil lawyers are ruining it for everyone), these days you can’t blame all the lawyers. People need to stop being so sue-happy is all.

I never went to law school myself. The closest I’ve come to becoming a lawyer hearkens back to the sixth grade actually. In my elementary school, every sixth grade class would put on a mock trial. Like a school play, every student is given a role (we can volunteer/compete for some), and then we rehearse. I wanted to be the defending lawyer trying to get my man off the hook for a “crime” he didn’t commit.

I honestly don’t remember what the case was about. I don’t think it even was a criminal trial. For some reason I vaguely recall it dealing with property lines or something. Anyways, the rest of the class was given roles from the jury to the judge to witnesses, etc. I prepared and tried to do everything right, honest, and by the book. In other words, the boring way. The opposing counsel was way slicker, and because of his style, won the case. I was heartbroken. Thus ended my short-lived career as a lawyer.

The only other lawyer memory that sticks out big in my mind has to do with a former actor and Buffalo Bills running back. Yeah, I’m talking about O.J. Simpson.

The day O.J. led police and the entire nation on a dangerous highway chase in his white Bronco… I was completely in another country. I remember it clearly too. I was backpacking through Europe with my friend Dave and we were staying at a hostel in Germany. They had a pay phone, so I called home to check in with my parents.

My dad was telling me all about the crazy O.J.-filled events of the day with shock and disbelief. At the time, I was halfway through my backpacking adventure so I was millions of miles away physically and mentally. I was all Eurail passes and seeing people, places and buildings I’d never dreamed of. So most of what my dad said went in one ear and out the other.

When I came back to the U.S. weeks later, the media frenzy was insane. I couldn’t believe what I was seeing. OJ’s face plastered everywhere! As time went on we’d meet the prosecutors, a California Criminal Defense Attorney, odd witnesses, and a trial that seemed to last for a century.

Except for Night Court, I really don’t watch too many law shows. I’ve never seen L.A. Law. I haven’t read a John Grisham novel. And I’m no fan of Judge Dredd, who constantly says, “I am the law.” Even the law of averages seems pretty bogus to me, otherwise how do you explain the Chicago Cubs?

The only law that seems to follow me around is Murphy’s Law. Because, as you know, if something can go wrong… it usually will.

This post was sponsored by NoCuffs.com. While I was compensated for this post, the thoughts and opinions expressed in this post are my own and in no way were influenced by the company.