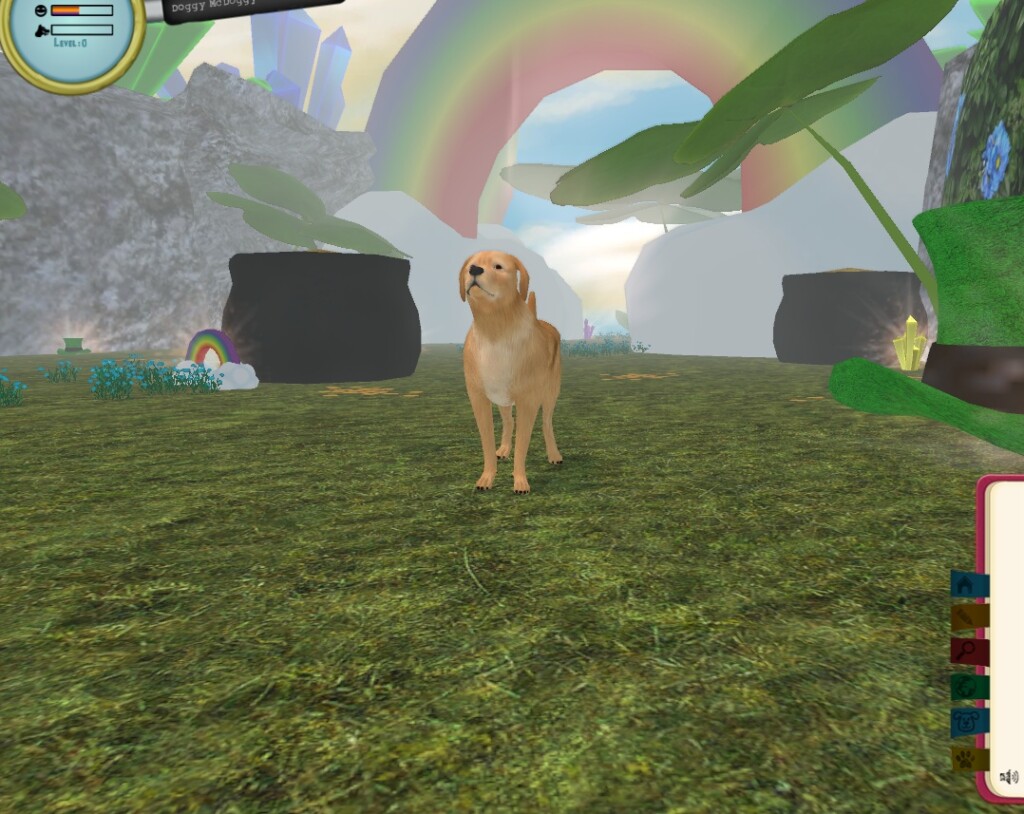 When it comes to Facebook games, I pretty much only play the puzzle and word-based ones. I’ve tried a number of the other types of games (open your own restaurant, build your medieval empire, etc.) but they pretty much suffer from the same problem I have with 90% of Dean R Koontz’s suspense novels: they’re too formulaic.

Most games on Facebook are taken from a cookie cutter mold. Replace the restaurant with a farm or an amusement park. The gameplay itself mostly consists of waiting. Waiting for points or coins to pile up so you can buy more stuff and.. well, wait some more.

But there’s a new game coming out soon that is most definitely worth keeping your eye on. If you’re a fan of games and of dogs, be on the lookout for SqueeDogs.

Dogs? A game about dogs? On Facebook? Yes, yes, and yes. And let me add, yes I’m serious that this is worth looking at.

The main plot of the game sees a user play as a puppy private eye who goes on wacky adventures and solves all sorts of mysteries in a creative fantasy world. You’ll also work to rescue lost puppies and reunite them with their families. 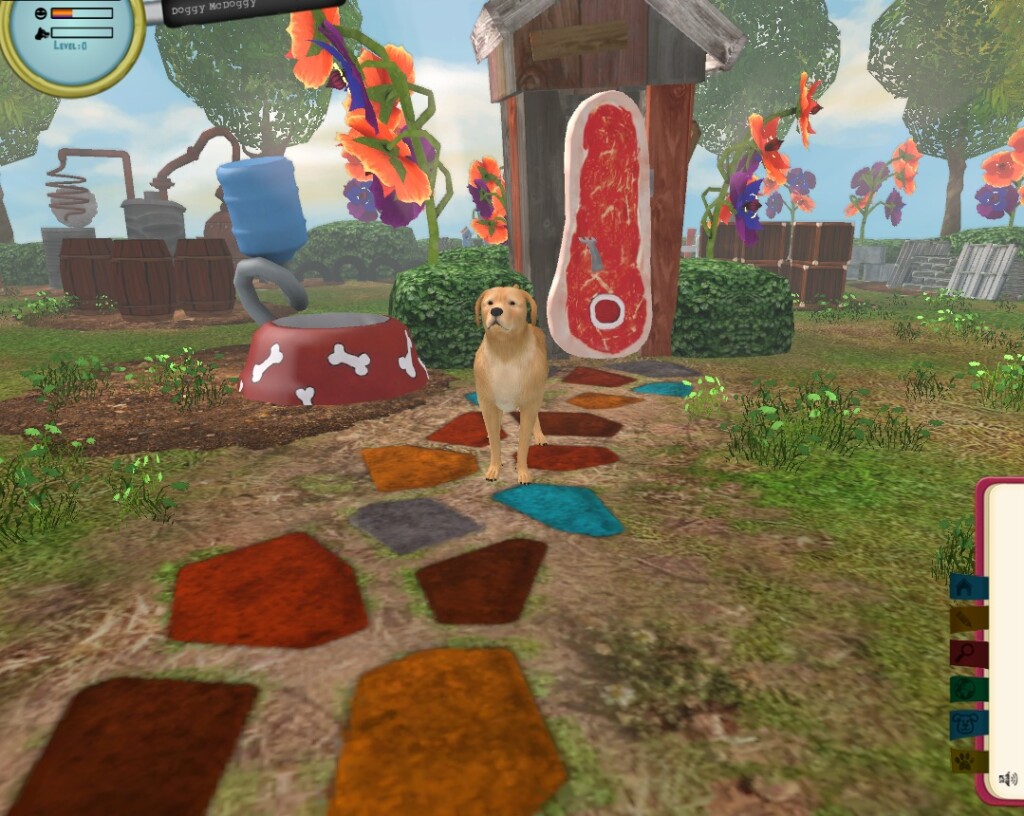 Sounds too syrupy sweet, right? Yeah, I was thinking it seemed like something cute for real young boys and girls, until I learned a bit more about this game. The gameplay is unlike anything I’ve ever seen on a Facebook game before. First off, it’s a 3D environment, so you can head off in any direction and rotate around an area, all with a really impressive visual look.

There’s also all sorts of customization available. Select from different breeds, customize the size of your dog, his tail, his coat, etc. Or even create your own breed.  The same goes for your Puppy PI’s home. Just like all those other Facebook games, you can change up the look and size of your home, along with a ton of accessories.

What sort of obstacles are in your puppy’s path? There’s actually a slew of mischievous creatures like dragons, ghosts, skeletons and more that can pop up and cause some serious trouble for your canine. 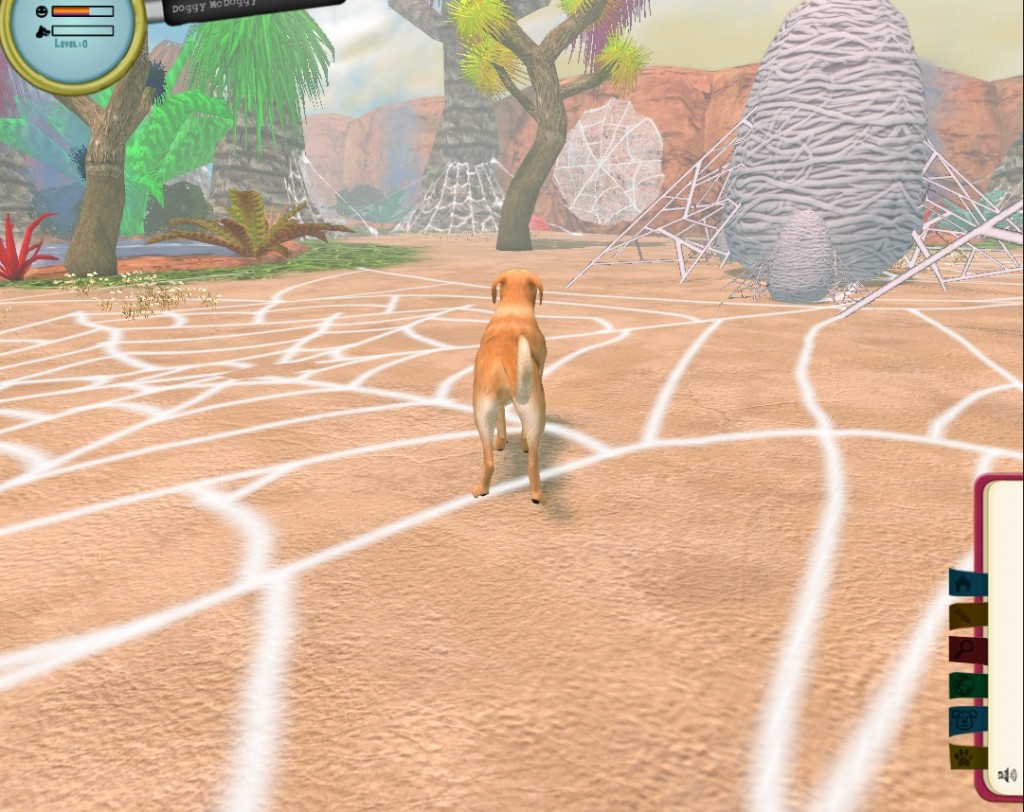 Using your mouse to point and click, SqueeDogs really looks to be the start of a new level of gaming on Facebook. After successfully reaching its goals on Kickstarter for funding, the company SqueePlay is preparing to release a beta version of SqueeDogs in March. (Sign up for your beta invitation.)

What’s also neat is that the creators of SqueeDogs are crazy dog people. I’m not a cat person. (Sorry, cat fans.) Yes, I love all animals and I’d pet, cuddle and play with a cat, but I still think as a species they’re a bunch of furry snobs. Dogs on the other hand are awesome. Probably a bit dumber than cats, but loyal to the tail. Knowing that serious dog lovers are behind this game, means they’ll really care about their game. Like in a super-insanely obsessive way. Which can only be good for us gamers.

Take a look at the game in action, along with some interviews from the dog-loving creators behind SqueeDogs.

Just be sure to keep your muddy paws off the couch, okay?

This is a sponsored post. While I was compensated, the thoughts and opinions expressed in this post are my own and in no way were influenced by the company.

2 thoughts on “Meet SqueeDogs, a Facebook Game Actually Worth Playing”