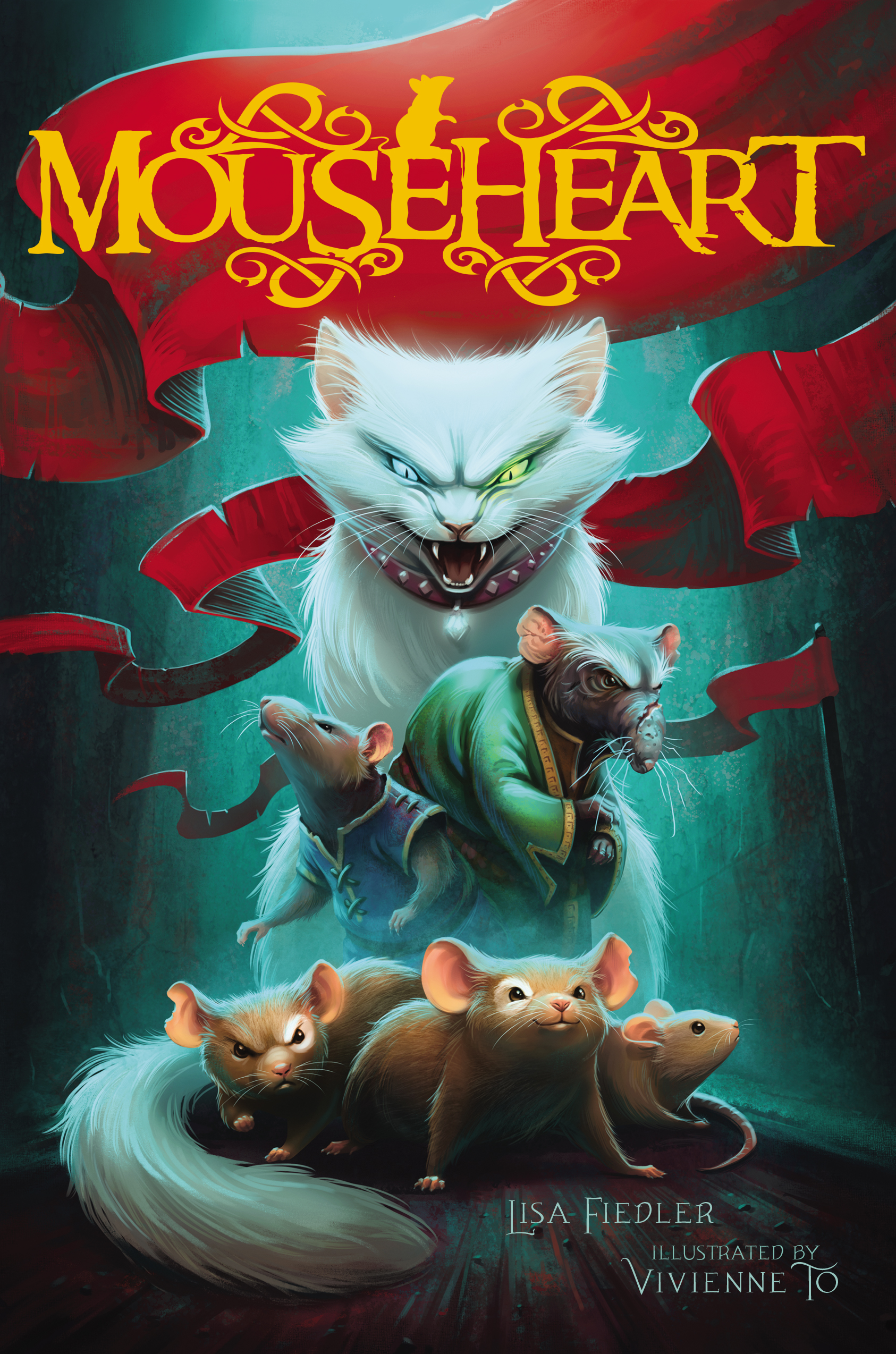 Whether it was movies, books or even comic books, one of my favorite types of stories has always been ones involving animals. I’m talking about the kinds of stories where little four-legged creatures talk to each other, go on adventures and basically act pretty much like people.

One of my favorite issues of Captain America involved a villain/creature named Vermin. He was kind of like a rat person in looks and vicious attitude. But he also seemed to have control over the filthy little creatures, which is both super cool and super gross. Kind of like the movies Ben or Willard, chock full of super-smart rats.

Well, a new mouse has entered the battlefield and he looks way cooler and more courageous than he does spooky. Simon and Schuster’s Mouseheart is a truly epic adventure starring a cute li’l pet mouse named Hopper, who, well… who kind of discovers an entire super-secret world.

ABOUT THE BOOK
Hopper is just an ordinary pet-shop mouse—until he escapes. Soon he finds himself below the bustling streets of Brooklyn, deep within the untamed tangles of transit tunnels, and in Atlantia, a glorious utopian rat civilization.

But all is not as it seems. Hopper misses Pinkie and Pup, the siblings he lost in the escape attempt. Atlantia is constantly threatened by roving rebels who wish to bring the city to its knees. And there are cats everywhere, cats who would normally eat a rodent in a second, but leave the rats unharmed . . . and no one can seem to answer why.

Soon Hopper is caught in the crosshairs of an epic battle, one that spans generations and species. As the clashes rage, Hopper learns terrible, extraordinary secrets. Deadly secrets about Atlantia. Painful secrets about his friends.

And one powerful secret about himself.

If you want just a taste of the adventure in store for Hopper and readers everywhere, do yourself a favor and check out the Mouseheart website. Seriously, it’s pretty darn cool. Highly interactive, full of beautiful, colorful illustrations, you’ll learn everything there is to know about Mouseheart, and then some!

Now, to help celebrate the epic launch of Mouseheart, Simon & Schuster wants to reward one of Mommy’s Busy Go Ask Daddy’s lucky readers with a super-tastic, mega-awesome (Or is that super-awesome, mega-tastic?) Mouseheart Prize Pack valued at $200!!! 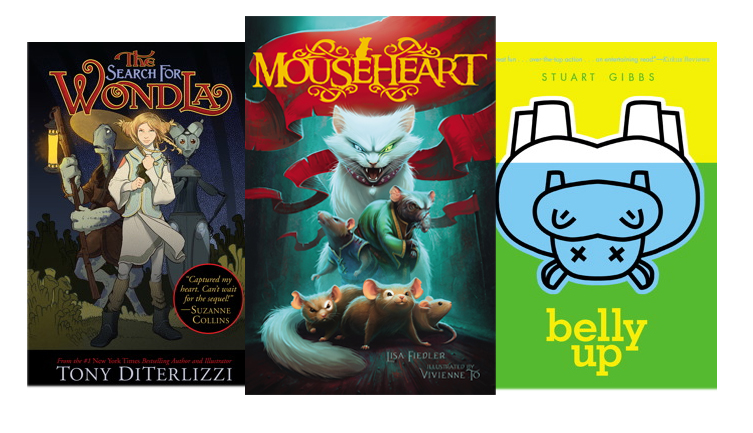 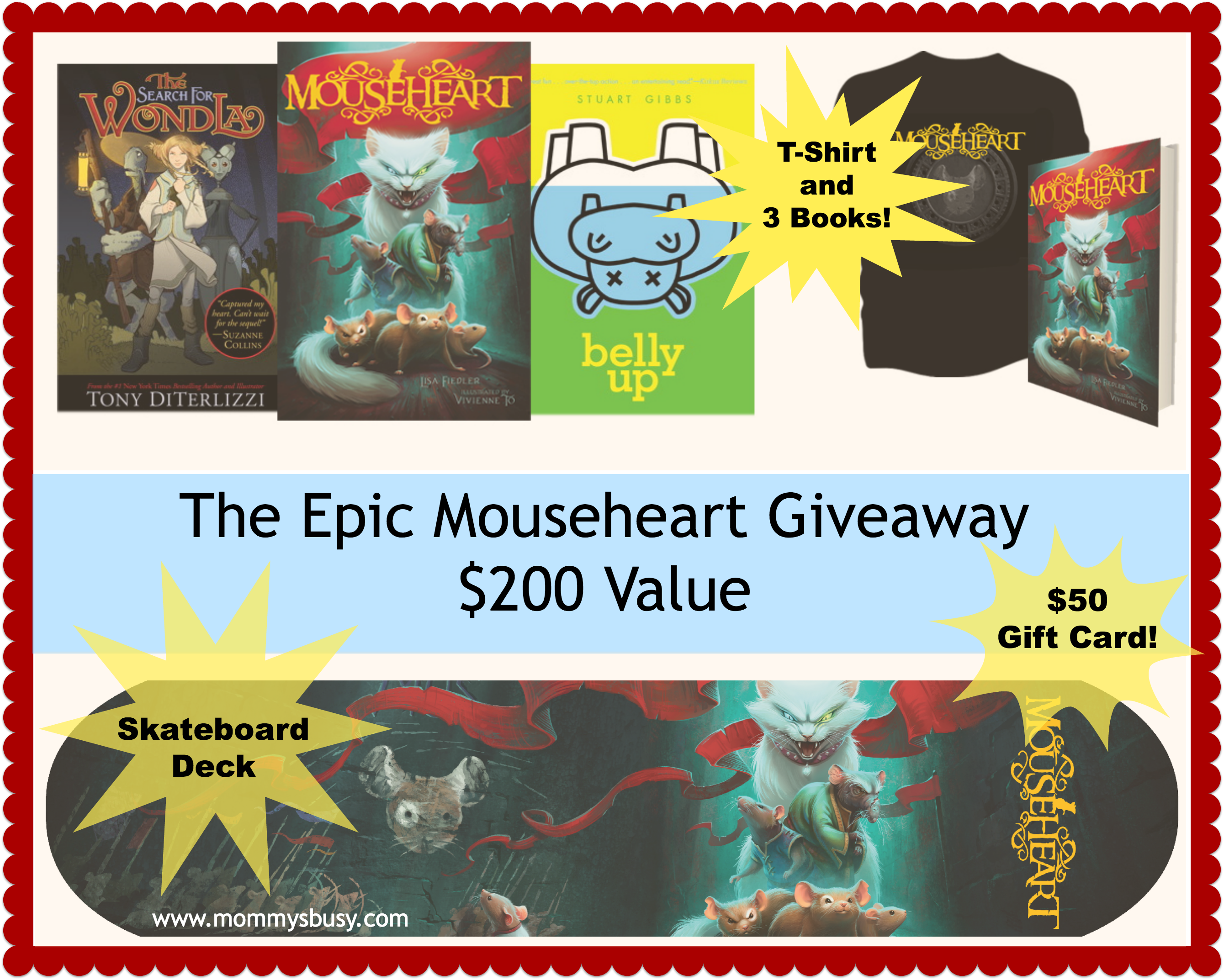 Giveaway ends on July 14, 2014 at 11:59 p.m. Prize valued at $200. Prizing & samples courtesy of Simon & Schuster. The 1 winner will be chosen at random and announced on this site. Giveaway is open only to legal residents of the fifty (50) United States (including District of Columbia), who are at least eighteen (18) years old at the time of entry. The 1 Winner will be notified by email and has 48 hours to respond or a new winner will be chosen.