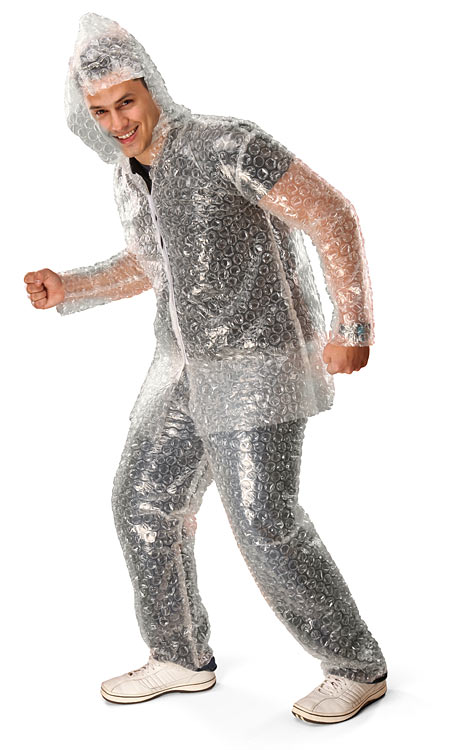 Pop quiz time! Other than getting married, what’s the biggest, most stressful thing you’ll most likely do?

If you said, “Clip an alligator’s toenails with one hand, while solving a Rubik’s Cube in the other, as you jump out of an airplane,” well yeah, that’s probably a bit much. But that’s not what I was thinking. Nope. I’m talking about buying and selling your house. It’s exciting, adventurous, scary, nauseating, and heartbreaking all rolled up into one expensive package called “moving.”

And yeah, we’ve jumped back on that crazy roller-coaster again. Bring on the boxes, the bubble wrap, the open houses, and the massive cleaning. Y’know, even if you don’t move all that often, you should pretend you are because you’ll find yourself tossing out an insane amount of junk!

You could say we started our spring cleaning a bit early this year. We’ve tossed old deck chairs and broken desks out to the curb. Weeded out the kids’ toys, including the mega huge “Every-stupid-happy-meal-toy-you-can-imagine-and-other-small-odd-action-figures-and-crap-they-won-at-school-carnivals” bin. We made sure to toss most of that out when the kids weren’t home.

I’ve even gone through my own collections to widdle them down. I’m a huge comic book fan so I have a… ahem… few colorful superhero-y items. I also have a ton of trade paperbacks on my small bookcase. The thing was overflowing and looked awful. So I painstakingly went through my collection and pulled out any books I thought I’d never ever read again.

What’d I do with them? For starters, I tossed the bulk of them up on eBay just to get rid of them. Most sold but not all. I was going to try Amazon next but they’ve changed their buy-back program quite a bit, so not really worth it. I’ll probably just give the final bunch away to some friends.

We tossed out tons of old games, puzzles missing pieces, etc. If we found anything semi decent, though, we put it in a bag which we plan on donating to either Goodwill, the children’s ward at a local hospital, or even our library.

One thing I still need to do, though, is dig through my CDs, video games and old DVDs and cut those down to size. I’m considering using musicMagpie to unload most of these. I haven’t tried their site yet, but you just have to scan the barcode and you’ll instantly get a price quote for your classic media items. I figure it’s worth a shot at least.

My least favorite part of packing, however, has to be all the fragile glasses from the kitchen. There’s just sooooo many of them, you know? I don’t even mean the regular drinking glasses or mugs. I’m talking about the fancy shmancy wine and liquor glasses you got as wedding presents that you use maybe three times a year. You have to wrap them carefully, put bubble wrap on too and then very carefully place in a box that’s going to get tossed around anyways. Kinda like the opposite of fun.

We’ve only just begun, so there’s plenty of packing left to do. In fact, I better get to packing up all the fun stuff in my home office before my wife gets to them or I may never see my Mr. T Soap-On-A-Rope again.

This is a sponsored post. While I was compensated, the thoughts and opinions expressed in this post are my own and in no way were influenced by the company.

1 thought on “Moving Right Along”