On my recent blogging adventure to LA, I packed a ton of stuff. Nice clothes for the Muppets Red Carpet premiere. Captain America T-shirts for all the Captain America: The Winter Soldier interviews and screenings. Allergy meds. My laptop. My chargers. My Kindle Fire. More allergy meds. The good camera (i.e. the Canon Rebel DSLR). And yes, loads of clean underwear.

But the most valuable and life-saving item I packed? A High Capacity Dual USB Portable Power Pack from New Trent. I’d never used one before but knowing this trip was coming up, I definitely wanted to get my hands on one. With the amount of photos, tweets and Facebook updates I’d be doing every single day, extra battery power is like oxygen to a blogger at an event.

I mean, can you imagine me finally meeting my first Muppets in person and having my phone die on me before I could do a selfie with Kermit and Miss Piggy? Or hanging with my new Twitter besties Malin Akerman (Yay, Trophy Wife!) and Ming-Na Win (Agents of S.H.I.E.L.D. FTW!) and not being able to even start a Twitter conversation with them?

No, I refused to let my battery-eating iPhone get the best of me. Seriously, that thing can burn through a full charge faster than you can say, “I’m going to Disneyland!” So I was pleased as punch when New Trent sent me the PowerPak 10.0  for review! 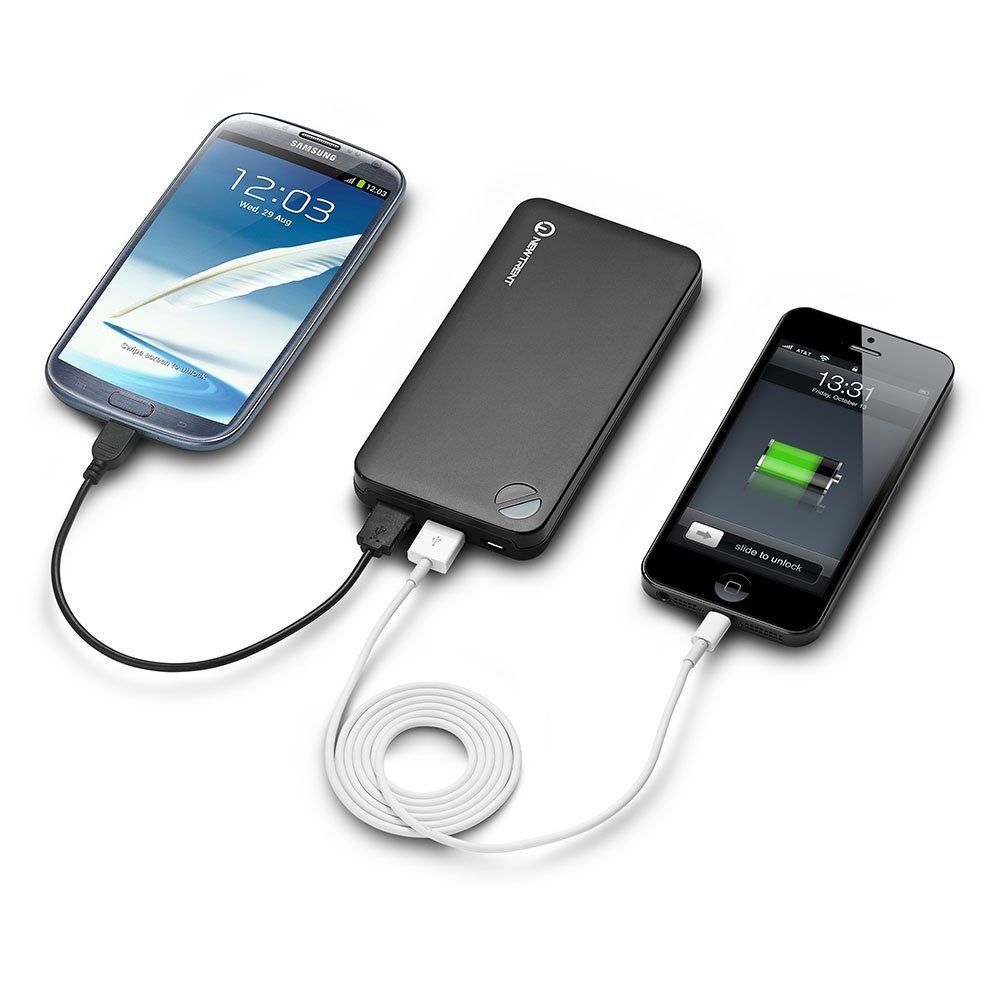 The New Trent PowerPak 10.0 charges 2 devices at once.

As I’d never used a Portable Power Pack before, I tried it out briefly before heading out on my trip. The neat thing about the Dual USB Portable Power Pack is that it’s super simple to use. You won’t find a zillion bells and whistles on this baby, and that’s perfect. I just want lots of extra juice, I don’t need to be able to open my garage door with the thing.

New Trent’s Dual USB Portable Power Pack comes with a USB cord. You plug one tiny end into the unit, and the other end into the closest USB port you’ve got. New Trent also sent me a Dual Port AC Charger, which was crazy doubly awesome. it has two USB ports on it so I can charge up my device and the backup battery at the same time even. Plug the USB cord into it, and then stick the little unit into an outlet.

It took a number of hours for the PowerPak 10.0 to fully charge and I got to see all sorts of pretty colored lights (red, blue and green!) as it charged itself up. Once it was done, I just needed to attach my device to it and it’s instant backup battery action!

Losing power should be the last thing I worry about when playing “Clash of Clans.”

What I really like is that the Dual USB Portable Power Pack has 2 USB ports on it too, so I can hook up my iPad and iPhone at the same time!

You can plug in both your smartphone and a tablet at the same time!

I also absolutely love the size of this thing. It’s slightly bigger than my iPhone 4S and weighs about the same. So it’s real easy to stick in my back pocket or laptop bag. (For you ladies, just toss this puppy in your purse!)

The New Trent Power Pack (left) is just a tad bit bigger than my iPhone 4S. 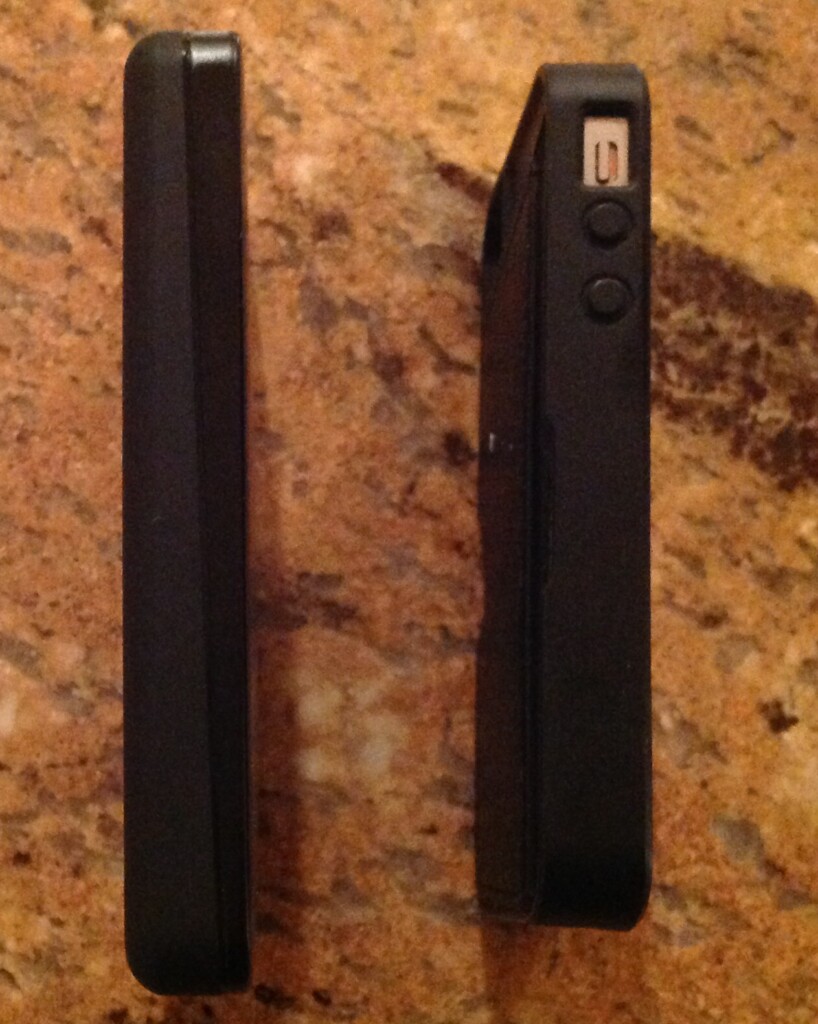 I used it all the time on my trip and it was indeed a lifesaver. All those times we were traveling back and forth to events in our shuttle bus, I’d hook my iPhone up to the PowerPak 10.0 and let the recharging begin. I could even use my iPhone while it was recharging, without fear of wasting any of that precious battery power.

If you’re looking for a battery backup, I can’t recommend the New Trent Dual USB Portable Power Pack enough. It will most definitely be joining me on my next blogging adventure, vacation and even daily commute. (No more running out of iPad juice on the train ride home!).

Disclaimer: I was sent a PowerPak 10.0 and Dual Port AC Charger for review. No other compensation was given. All opinions expressed in this post are my own and were in no way influenced by the company.

Scarlett Johansson on Love, the Winter Soldier and a Black Widow Movie #CaptainAmericaEvent