If you haven’t watched ABC’s Once Upon a Time, you’re certainly missing a great show with a fascinating cast. I love fairy tales, especially different takes on them, and Once Upon a Time takes your favorite tales (and then some), mixes them in one big witches brew, and pours the results into a small modern day American town named Storybrooke.

The basic gist is this: All the fairy tales you’ve ever read do exist in a magical Fairy Tale Land. Their stories (and characters) aren’t exactly as you remember them, though, and many are very intertwined. But when the Evil Queen gets majorly ticked off at Snow White, she casts one humongous spell on everywhere, transporting them to the town of Storybrooke in America… without their memories.

So this hidden little town features all your favorite characters in modern versions, as they try to live their normal lives, until one of them remembers and must wake everyone else up to the truth. Half the fun of the show is initially trying to figure out who everyone is! Most episodes flip between the modern storyline and Fairy Tale Land stories that reveal the origins of these updated characters

Everyone from Snow White to Sleeping Beauty to Little Red Riding Hood are represented. Not to mention Peter Pan and yes, due to its ridiculously insane popularity, next season will feature the main cast from Frozen!

On my LA Blogging Adventure earlier this year, I scored Blu-ray copies of the first 2 seasons of Once Upon a Time. (Thanks again, #ABCTVEvent!) Since I’ve already seen the show and love it, I’d rather share these with my readers and get some new recruits on board! (Or give them a really good home with someone who likes to rewatch TV shows over and over again). 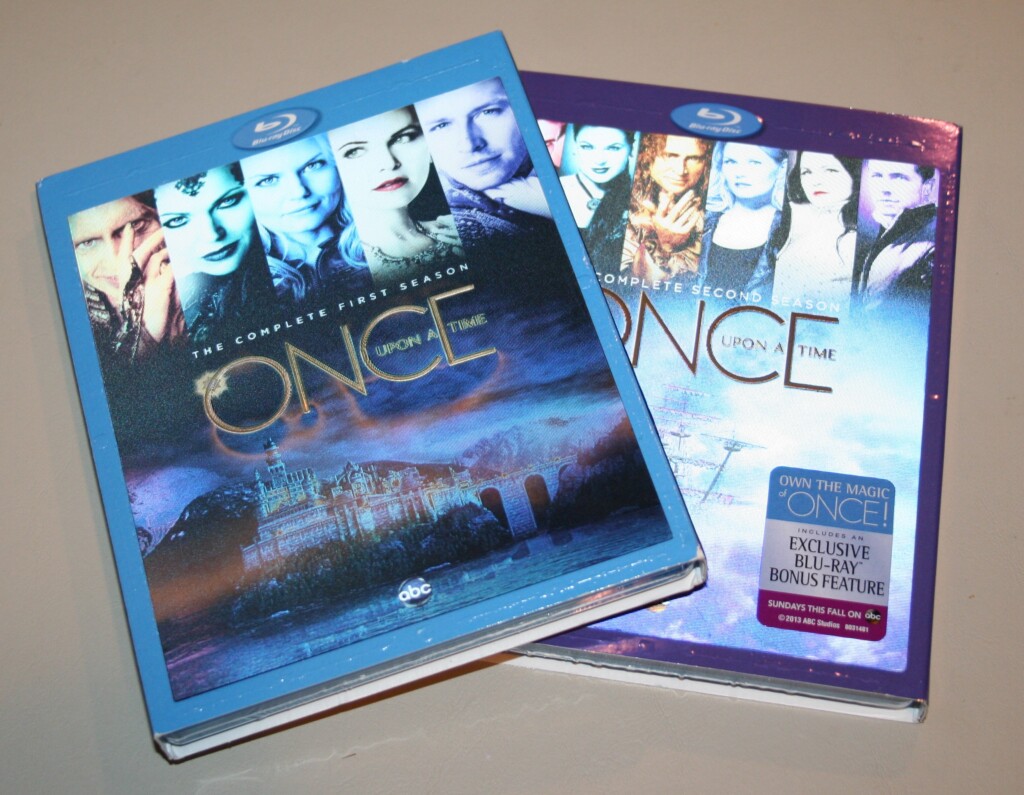 Enter my other giveaways

Giveaway ends on August 27,2014 at 11:59 p.m. The 1 winner will be chosen at random and announced on this site. Giveaway is open only to legal residents of the fifty (50) United States (including District of Columbia), who are at least eighteen (18) years old at the time of entry. Winner will be notified by email and has 48 hours to respond or a new winner will be chosen.