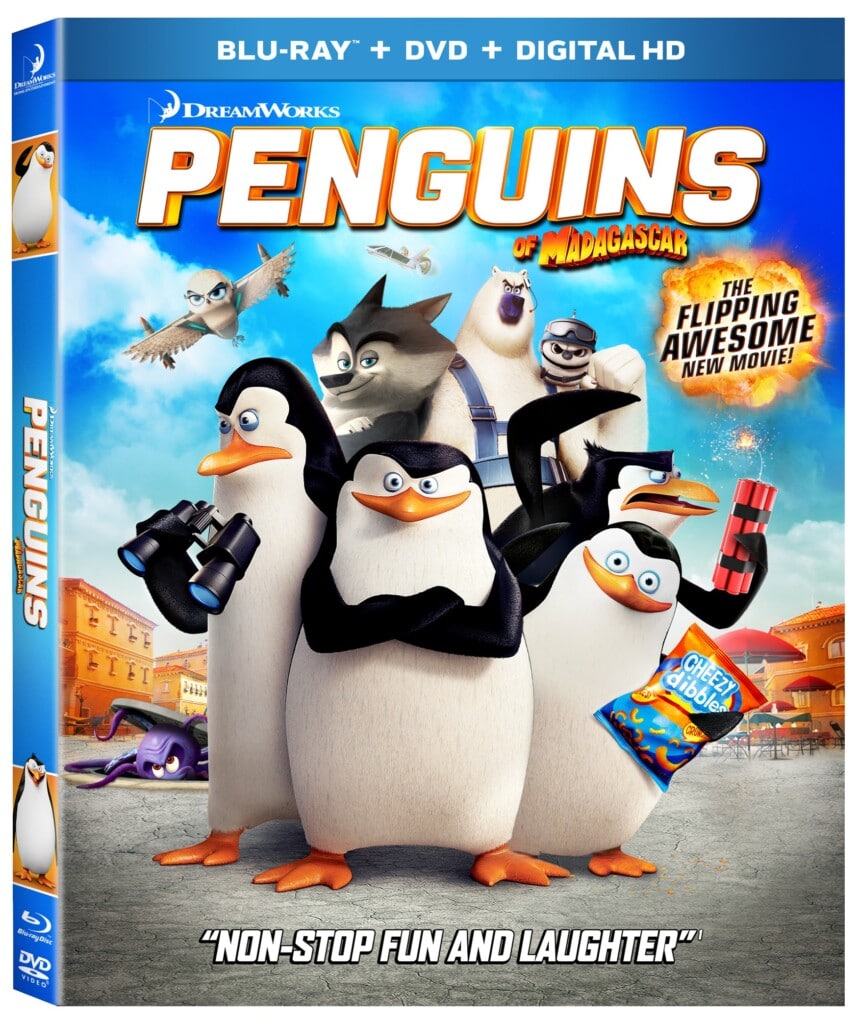 Nothing says Easter quite like a penguin, am I right? I mean, penguins lay eggs. Easter’s all about eggs. Pretty much a no brainer.

Okay, so I’m a little penguin crazy. Have been since I was a kid and first laid my eyes on Chilly Willy. (Why is he so chilly all the time?) I’ve just loved the little birds ever since. If you’re ever in an angry, depressed or just sad mood, all you need do is watch a video of a penguin walking on an airplane and you are 100% guaranteed to crack a smile.

They’re cute…they’re cuddly…they’re back!  From the creators of MADAGASCAR comes the hilarious new movie that proves global espionage is for the birds!  In DreamWorks’ PENGUINS OF MADAGASCAR, your favorite super-spies—Skipper, Kowalski, Rico and Private—join forces with the elite North Wind team to save the world.  It’s a side-splitting, globe-trotting adventure the whole family will love!  Introduce the Penguin family to your family on March 17 when Twentieth Century Fox Home Entertainment releases DreamWorks’ PENGUINS OF MADAGASCAR on Blu-ray™ and DVD.

I didn’t catch this one in theaters but cannot wait for my review copy to show up so I can laugh my head off as a penguin slowly stuffs his face with cheese puffs. Better get my own bag so I can play along.

There’s a whole slew of extra bonus materials on the Blu-ray/DVD including all sorts of featurettes, a deleted scene, music video by Pitbull, a dance tutorial (I could certainly use that!) and loads more.

Giveaway ends on March 11, 2015 11:59 p.m. The 1 winner will be chosen at random and announced on this site. Giveaway is open only to legal residents of the fifty (50) United States (including District of Columbia) and Canada, who are at least eighteen (18) years old at the time of entry. The 1 Winner will be notified by email and have 48 hours to respond or a new winner will be chosen.