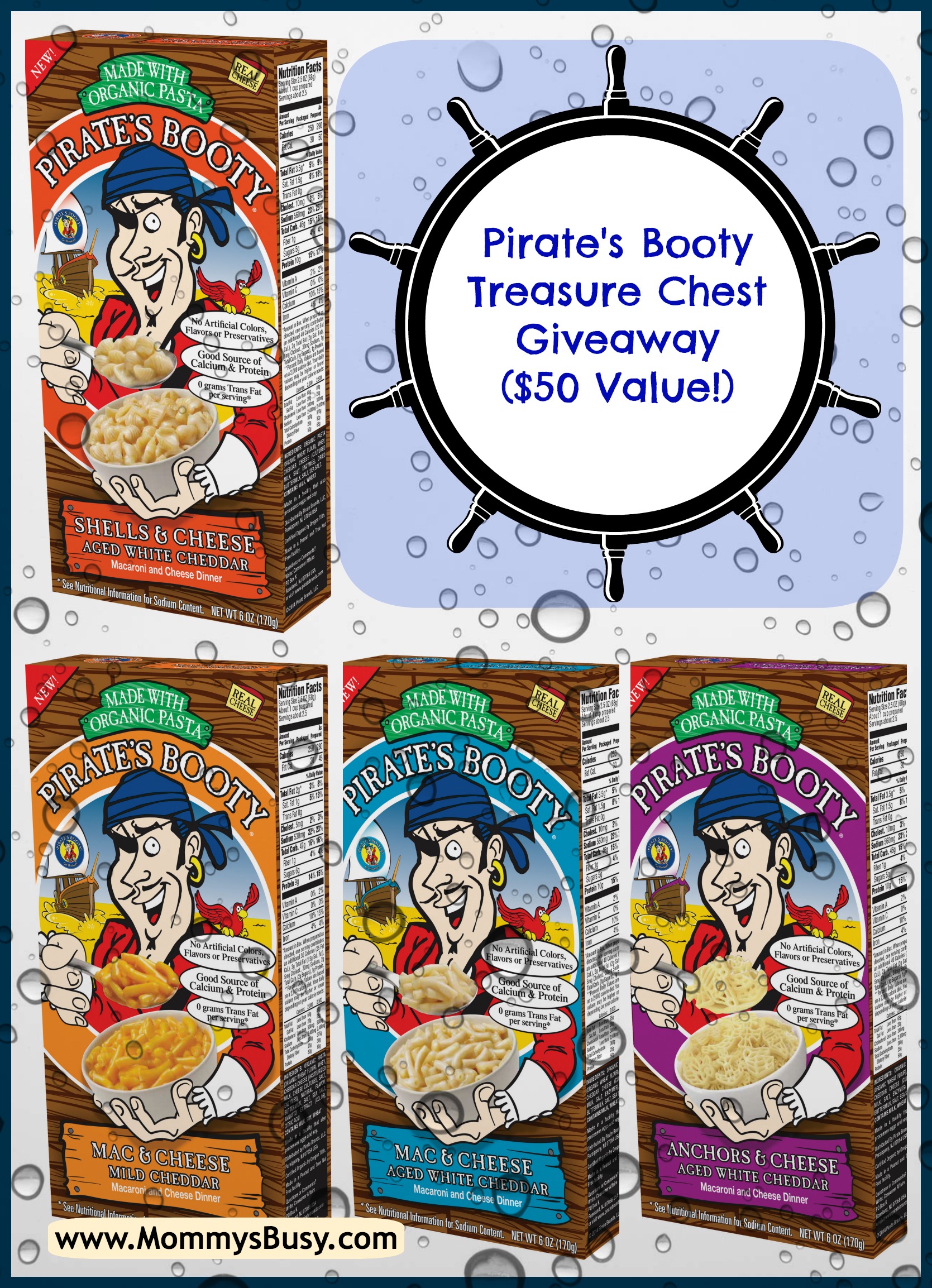 Take a peek in our pantry just about any day and you’re sure to notice two things. We’re stocked to the gills with bags of Pirate’s Booty and boxes of Mac & Cheese.

The booty’s mostly for me and Allie (though I prefer the Pirate’s Booty Smart Puffs), and the kids practically live on Mac & Cheese. Apparently someone over at Pirate Brands must’ve broken into our house one night and taken a full inventory because they’ve just announced a brand-new line of Pirate’s Booty Mac & Cheese!

Available in four piratastic flavors (don’t worry, “Pegleg” isn’t one of them), each Pirate’s Booty Mac & Cheese is made with organic wheat pasta, real cheese and no artificial colors, flavors or preservatives. Sounds a lot healthier than most Mac & Cheeses. Unfortunately, that usually means it also doesn’t taste good.

First up was the Mac & Cheese Mild Cheddar which looked real similar to Ryan’s regular Mac & Cheese. He’s real particular about his mac & cheese, so I was expected lots of complaining and not a lot of eating.

Making these Mac & Cheese meals is a snap. So easy even a lunkhead in the kitchen like me can do it! Just boil the water, add the pasta, then mix in butter, milk and the powder. 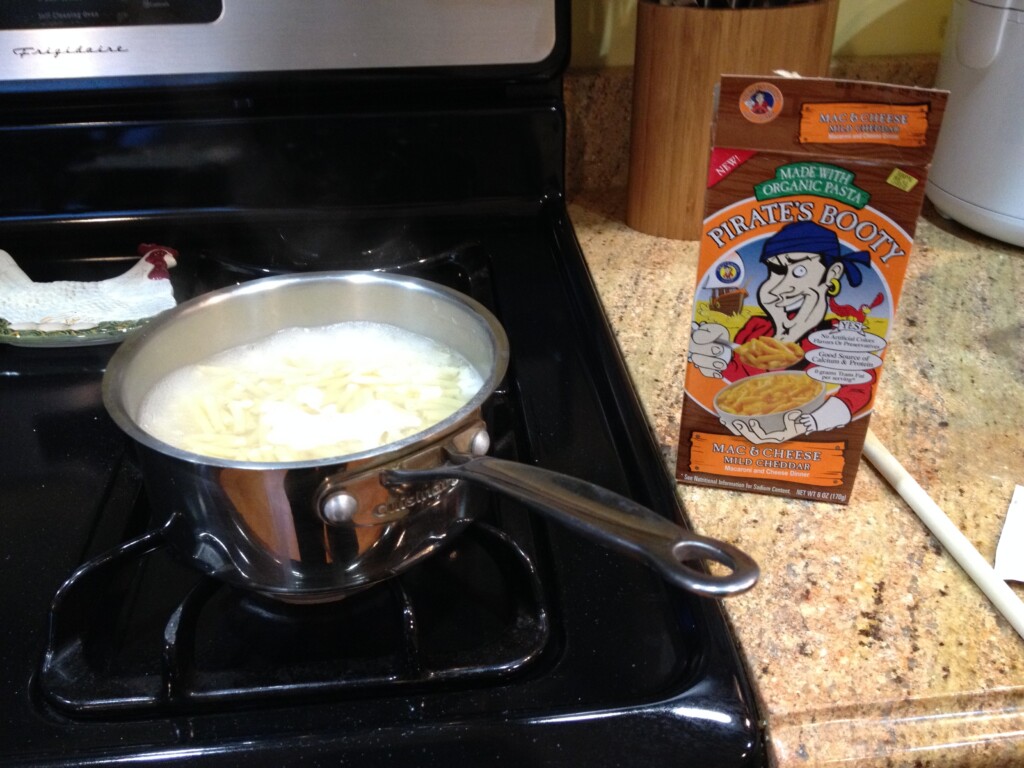 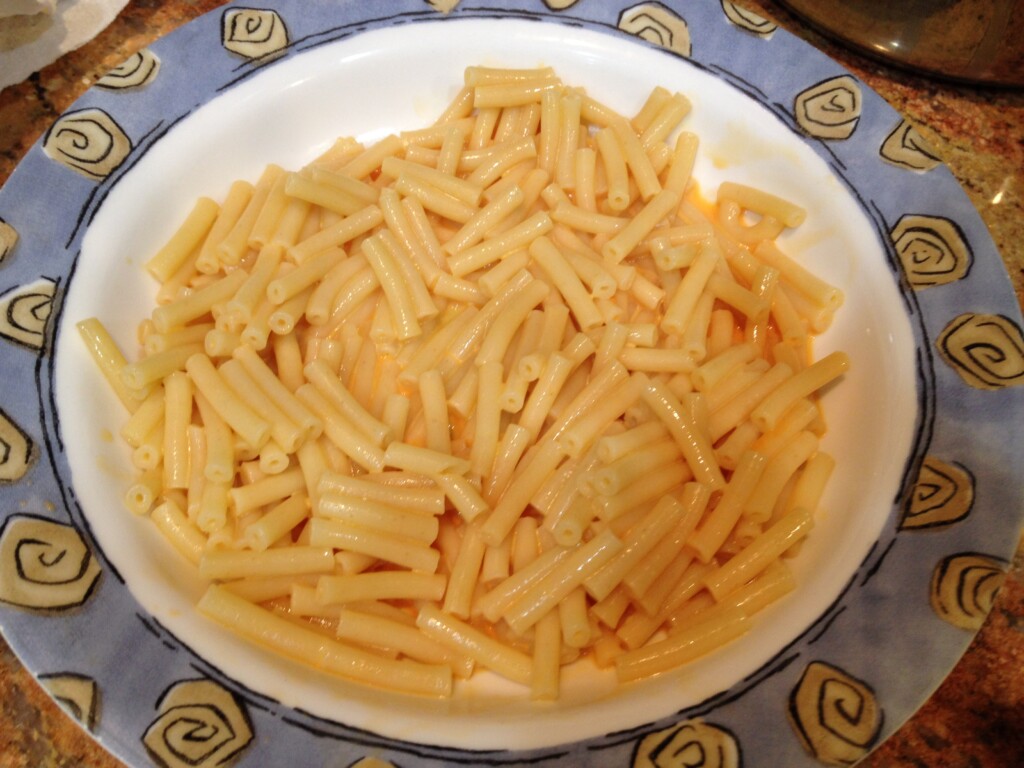 And now the ultimate taste test! Would Ryan like it? Would he gag? Would he scream bloody murder? 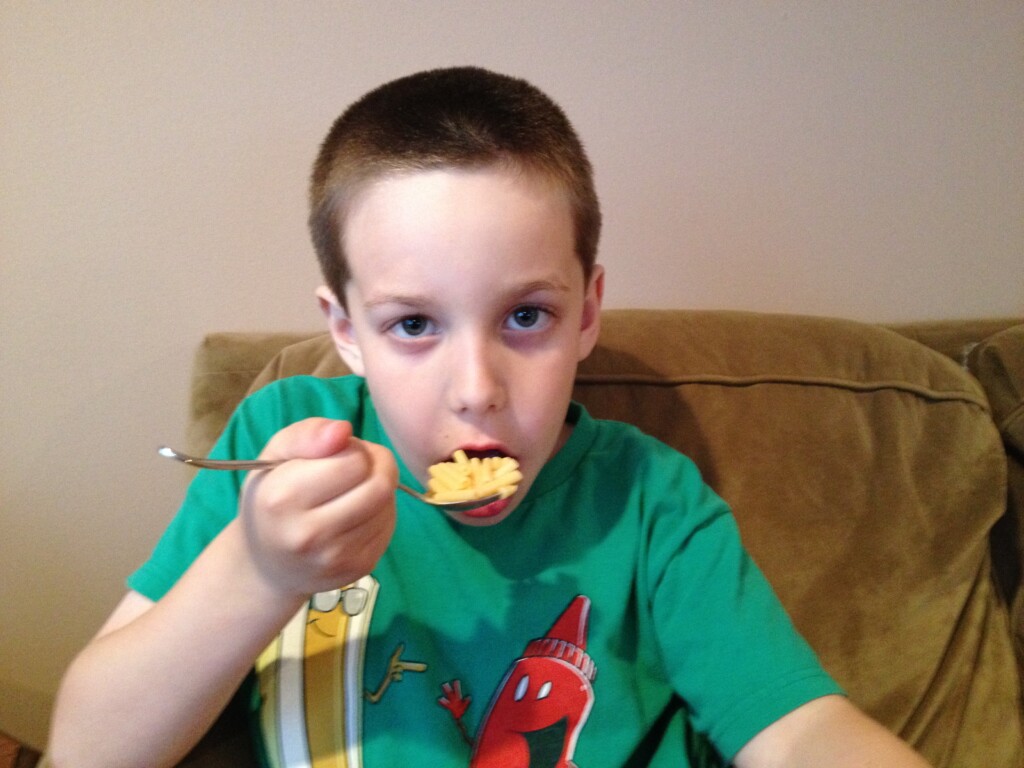 His immediate response was, “Tastes like my normal Mac & Cheese. A little cheesier.” 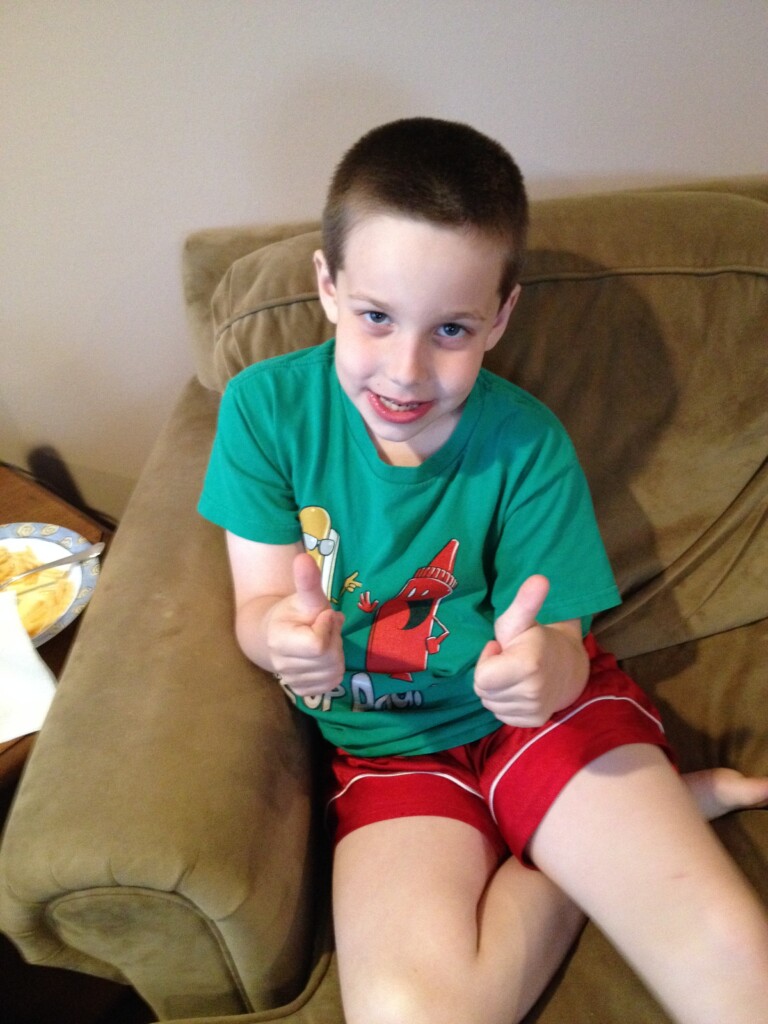 And that was it. He went back to watching his TV show and inhaled the rest of the bowl without comment. Trust me, that’s high praise from Ryan who would normally point out about a dozen times that something tastes “different” or “funny” or “not so good.” 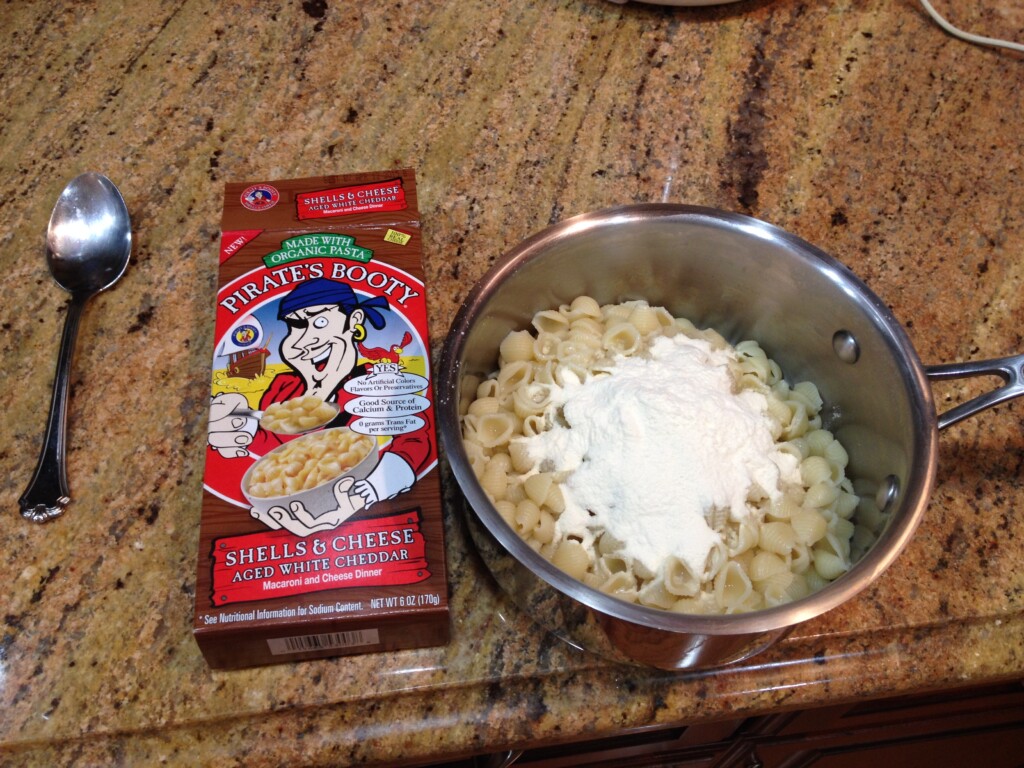 Next up was Jason, who actually does like organic pasta. He loves shells best of all so we whipped up some Shells & Cheese Aged White Cheddar. 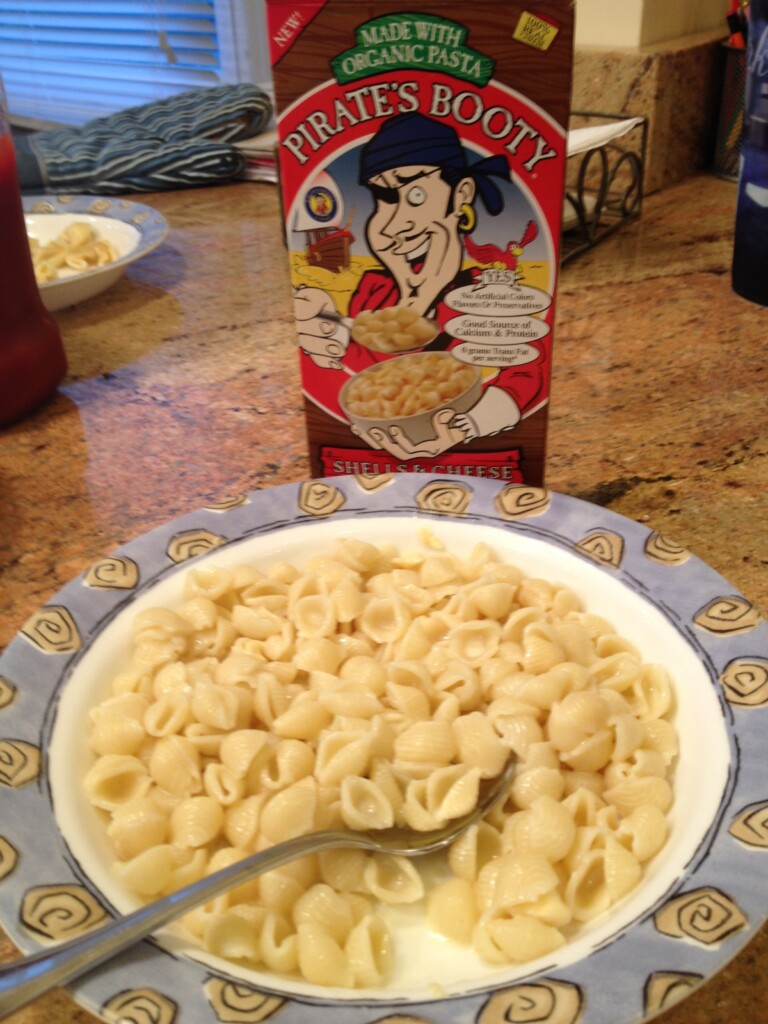 Did it pass the Jason Taste Test? (For those keeping score at home, he’s a bit easier to please than Ryan.) 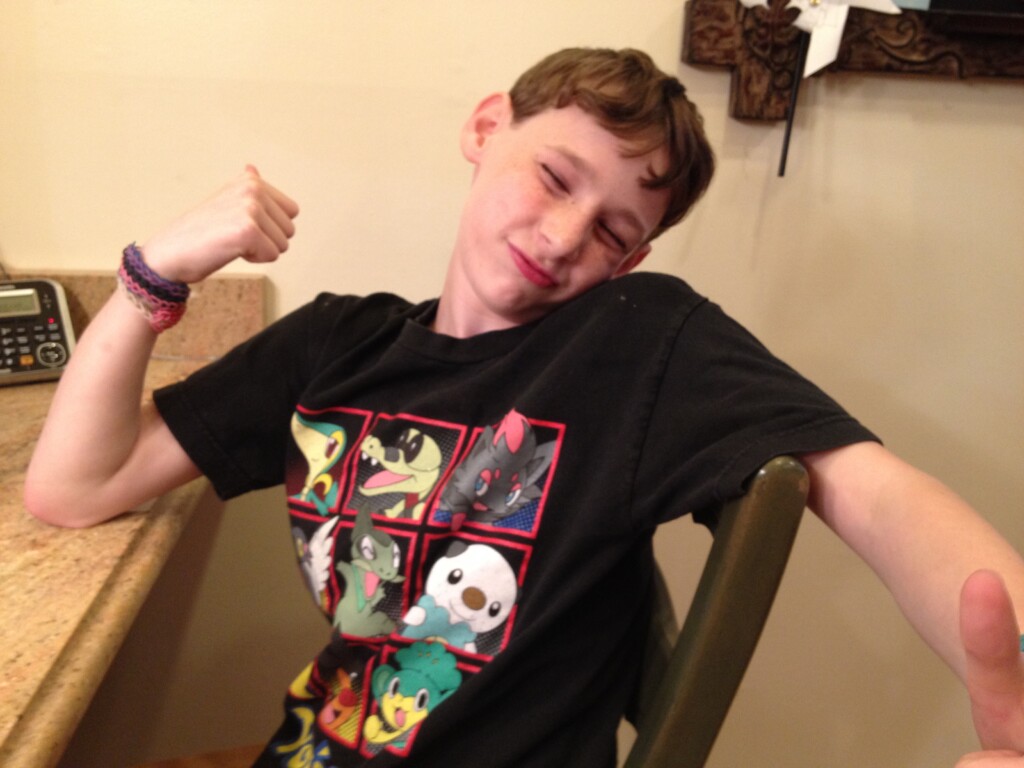 Looks like we have success! We haven’t tried the two other flavors yet but they seem to be the same as the Shells & Cheese, just with different shapes. 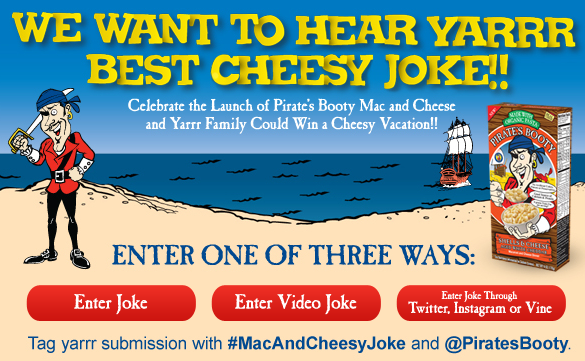 To help celebrate the launch of this new line of Organic Mac & Cheese, Pirate’s Brand is holding a “Cheesiest Joke in America” Contest! Submit your cheesy joke on the Pirate’s Booty Facebook page or on Twitter, Vine or Instagram with the hashtag #MacAndCheesyJoke and be sure to tag @PiratesBooty. The submission period ends July 14, so get cracking on your wisecracks! Oh, what can you win? Besides lots of fun daily prizes, one Grand Prize Winner will win a family trip for four to the Wisconsin Dells!

But that’s not all! Because we love cheese around here and giveaways, Mommy’s Busy, Go Ask Daddy is teaming up with Pirate’s Booty for a blog giveaway with loads of treasure!

Win a Treasure Chest of Goodies from Pirate’s Booty!
($50 value)

Giveaway ends on June 30, 2014 at 11:59 p.m. The 1 winner will be chosen at random and announced on this site. Giveaway is open only to legal residents of the fifty (50) United States (including District of Columbia), who are at least eighteen (18) years old at the time of entry. The 1 Winner will be notified by email and has 48 hours to respond or a new winner will be chosen.