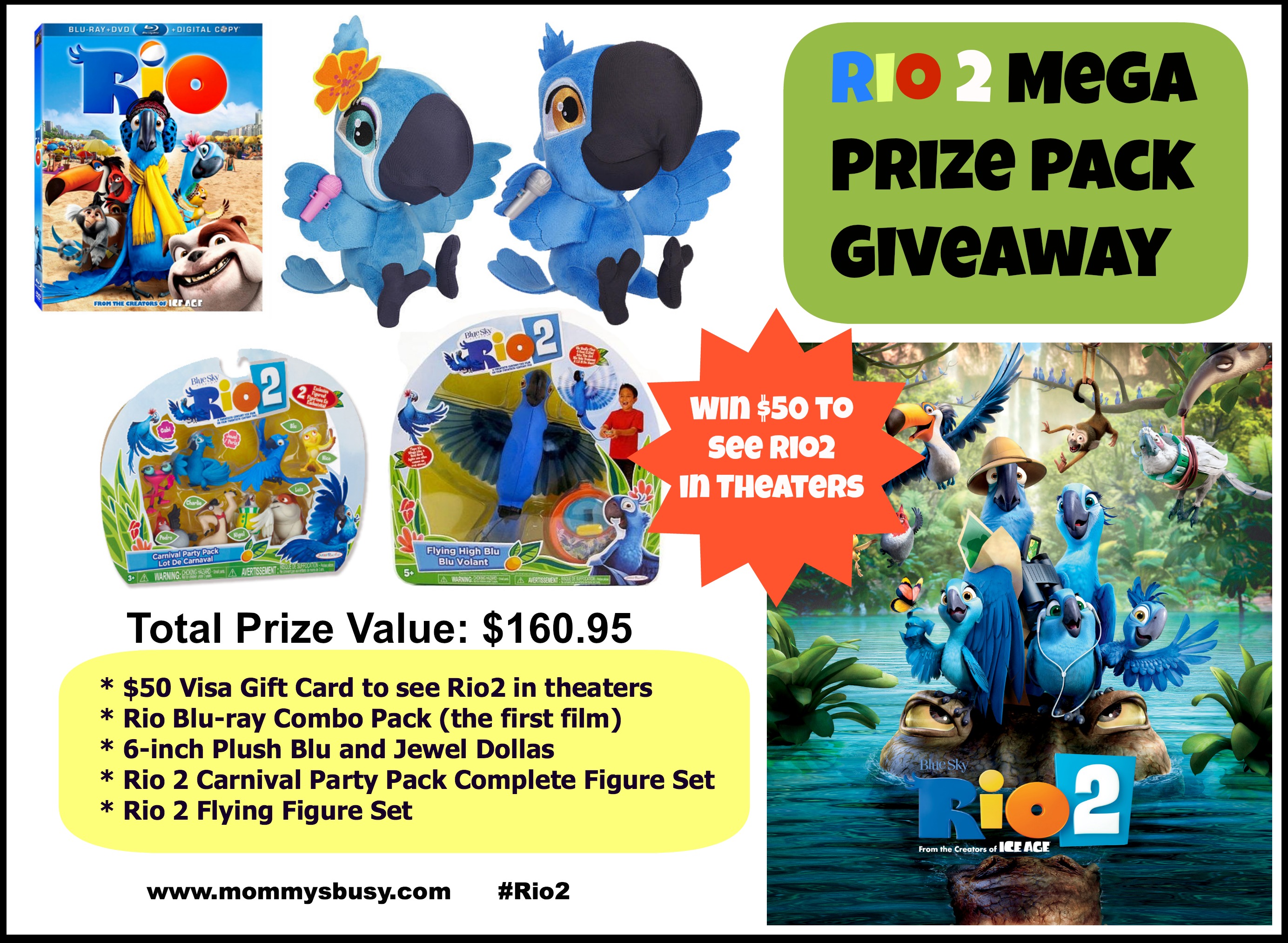 My wife is a huge bird lover. (I was going to say “a big bird lover” but that’d just make you think of Sesame Street.). So needless to say, she completely loved the first Rio movie.

My kids dug it too, and yeah, I even enjoyed it. Gorgeous animation, fun songs and definitely a unique and entertaining story. Even so, it still won’t convince me to let Allie get a bird as a pet in the house. I’m just envisioning my computer covered in bird poop. So yeah, it’s for the betterment of my blog that we never get a bird as a pet.

Anyways, the stars of Rio (That’d be Blu and Jewel) are back for a sequel!

The entire cast of the animated smash RIO returns in RIO 2, and they are joined by a new flock of top actors and musical talents. Rich with grandeur, character, color and music, RIO 2 finds Jewel (Anne Hathaway), Blu (Jesse Eisenberg) and their three kids leaving their domesticated life in that magical city for a journey to the Amazon. They encounter a menagerie of characters who are born to be wild, voiced by Oscar nominee Andy Garcia, Oscar/Emmy/Tony-winner Rita Moreno, Grammy winner Bruno Mars, and Tony winner Kristin Chenoweth.

I can’t wait to see how Blu and Jewel act as parents, as well as how jealous Blu is going to be when he faces some fierce competition in the Amazon jungles.

The film opens this weekend and is sure to be a hit. So get out your bug spray and head to the jungles for some true blu adventure! 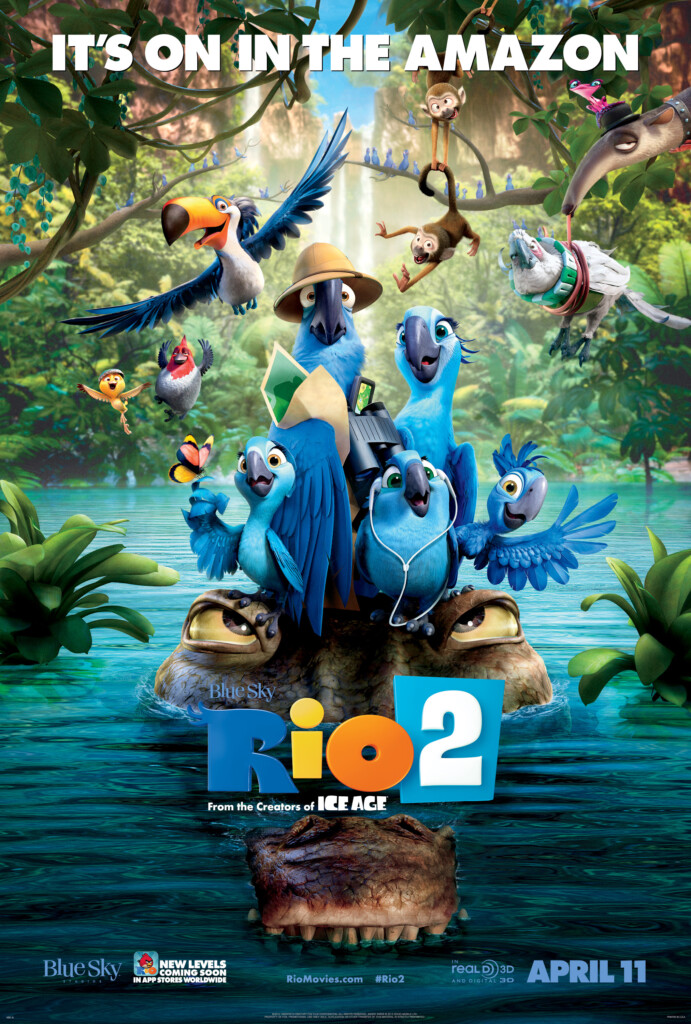 The super spiffy folks over at 20th Century Fox are in such a party mood, that they’re offering up some fantastic Rio 2 Prizes for a Mommy’s Busy, Go Ask Daddy Giveaway! This mega prize pack is valued at a whopping $160.95! 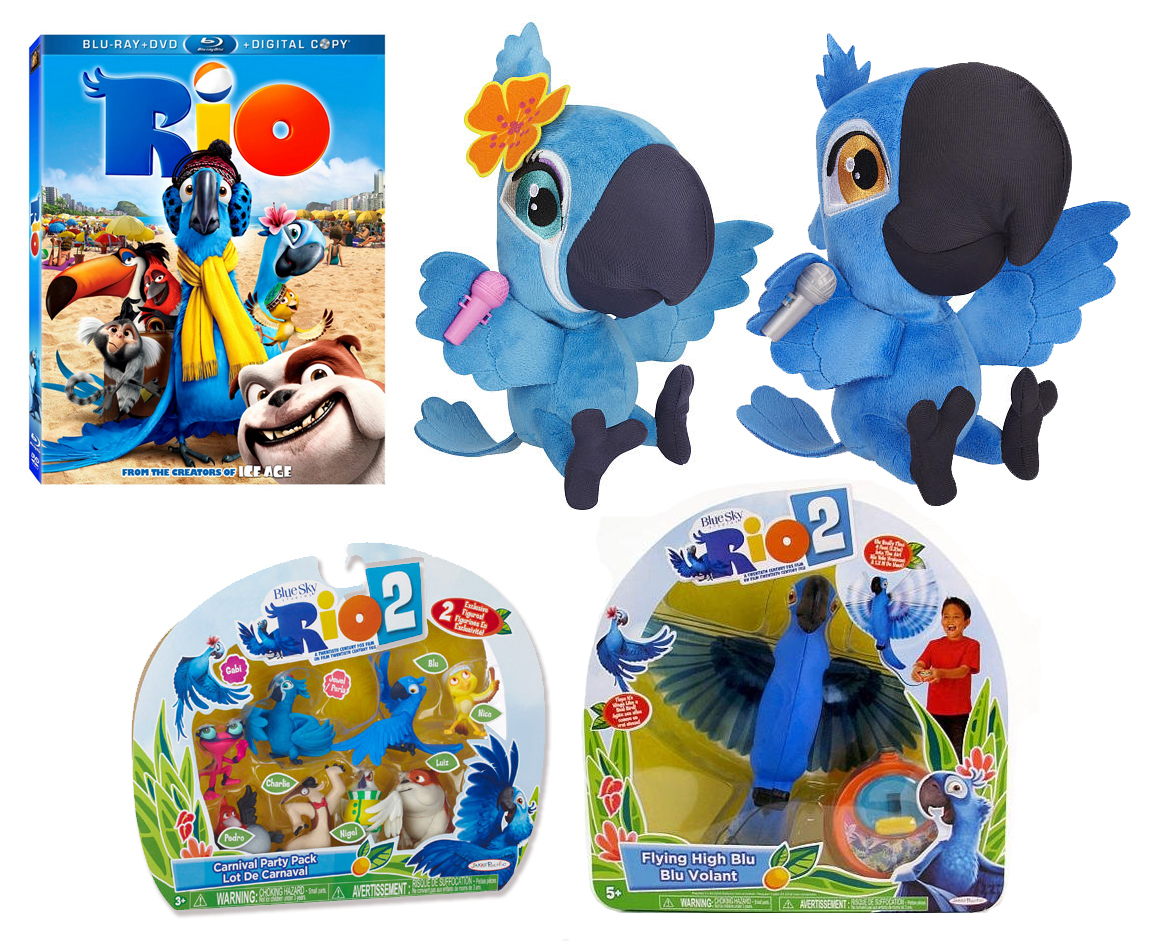 One (1) winner will receive:

Courtesy of 20th Century Fox. Open to US mailing addresses only. Giveaway ends on April 22, 2014 at 11:59 p.m. The 1 winner will be chosen at random and announced on this site. Giveaway is open only to legal residents of the fifty (50) United States (including District of Columbia), who are at least eighteen (18) years old at the time of entry. The 1 Winner will be notified by email and has 48 hours to respond or a new winner will be chosen.