As a kid, I played Little League. I was awful at first and hated it, but grew to love it and even won the championship in my final year playing. There were multiple practices and games each week. To keep track of it all, my mom had the schedule front and center on the fridge, crossing off each game as it was completed.

These days, however, kids are into 19 different sports at once. I honestly have no idea how some of these parents do it. Not just the chauffeuring all over town for hours on end each day, but how do they keep their sanity and their schedules straight?

My kids are not that into team sports (we did try baseball with Jason), so things aren’t that crazy in our household. My wife does take them all over though for various doctor’s appointments, playdates, tennis lessons, and loads of other after school activities. So on the surface I can certainly see a great need for organization.

If you’re one of those parents who drops one kid off at soccer practice, only to race across town to coach your other kid’s softball game before grabbing dinner and going to your own volleyball game that night, then have I got an app for you.

HomeTeam is a slick yet simple app that lets you take total control of your sports teams and schedules. It makes perfect sense and is pretty darn impressive. With HomeTeam, you can keep track of all your teams, rosters, schedules, and games right from your phone. You can even include contact information for every player on every team. That goes for whether you’re playing or coaching a team or have a kid who’s participating.

You can easily add a team, tie it to a sport, and add as much necessary info as you’d like. Add players to the team, tying the players (or the players’ parents) to any contacts in your phone. Add games to your online calendar and easily import right into your team’s schedule. 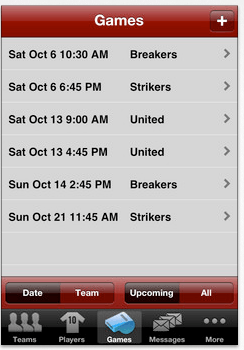 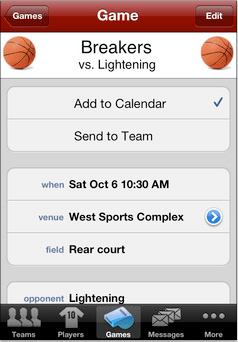 Besides just being fun, HomeTeam is an incredibly useful app. The developers could’ve stopped at simply listing a player’s phone number or email address, but they kept going. Add player photos, positions, uniform colors and numbers, nicknames, and more. And if you need to email or text a player, coach, parent or entire team, you can do so with the simple click of a button. 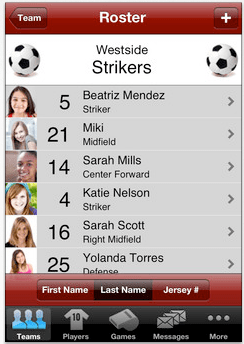 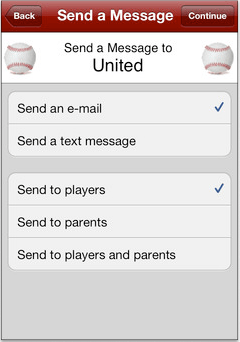 It’s really an extremely robust app that I can’t imagine any parents of sports-active kids not taking advantage of the massive organizational power of HomeTeam.

Just for fun, I quickly set up a baseball team called the Avengers and added a few key players. It was super simple and I probably had too much fun in the process. Here’s how it looks on the HomeTeam app: 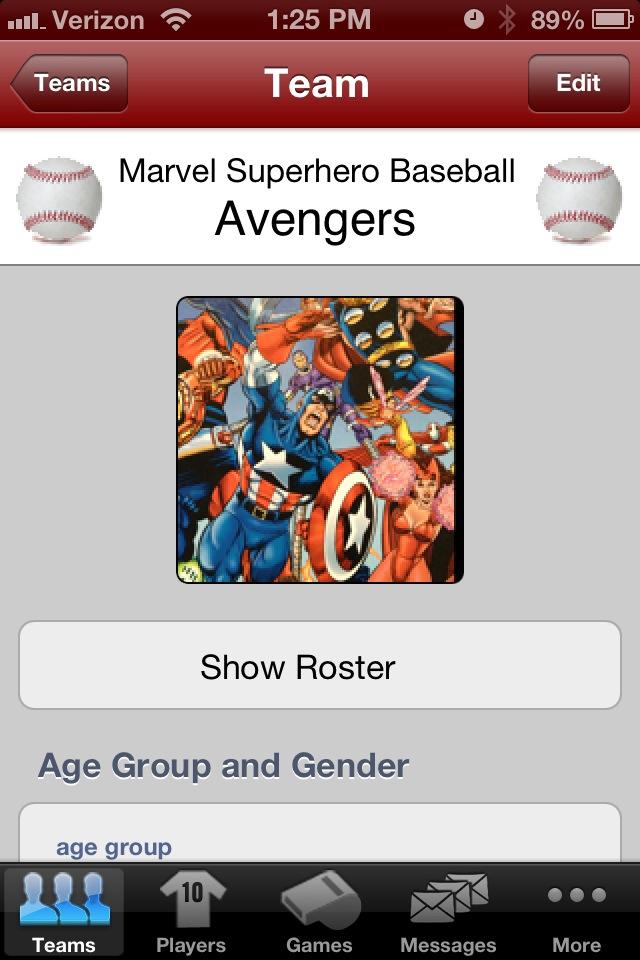 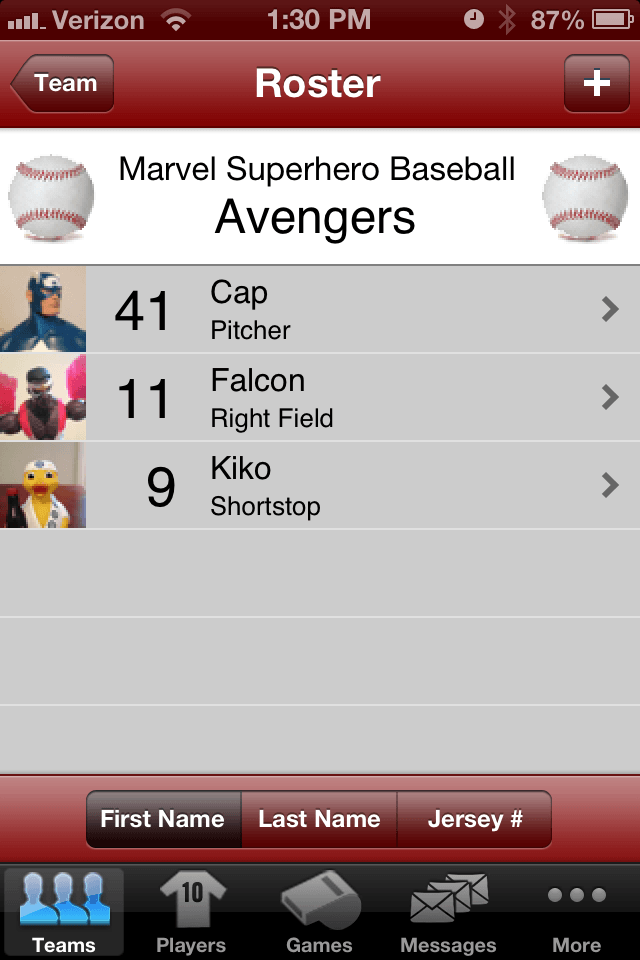 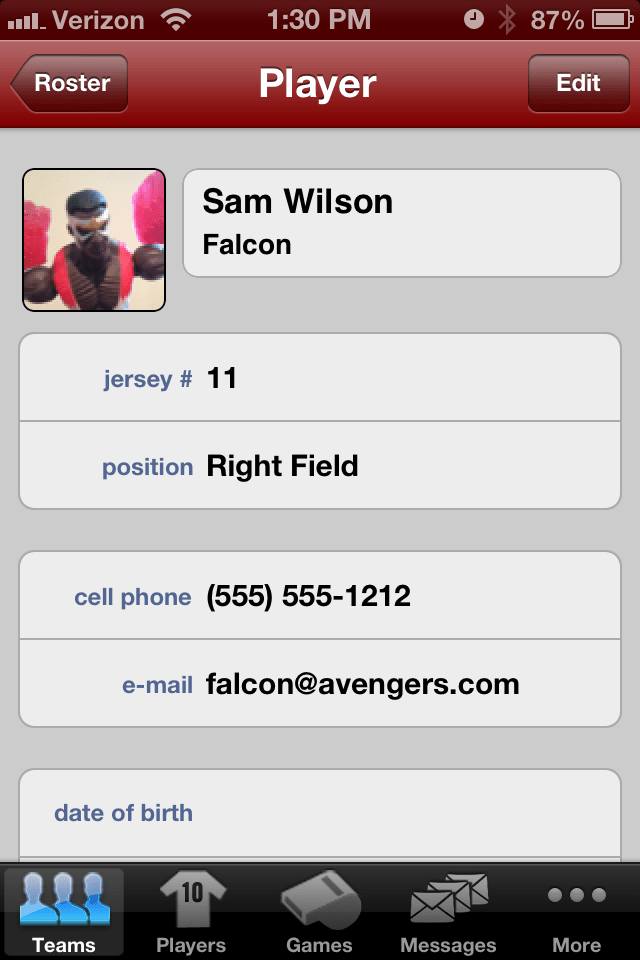 HomeTeam is compatible with the iPhone, iPod Touch, and iPad. It’s currently available for just $1.99 in Apple’s App Store. Visit the HomeTeam website. 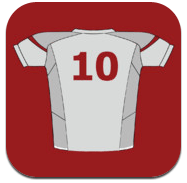 13 thoughts on “Root, Root, Root for the HomeTeam App and Organize Your Sports Schedules”