It’s no secret that I love Monopoly and my son Jason loves it even more! It’s his favorite game to play and he loves every single version we own. And that’s a lot.

Everyone else in the family just rolls their eyes at playing it, but I get it. I spent many a summer playing game after game after game with my neighborhood friends Eddie, Gary and Ethan. I actually remember one summer in particular we played the ultimate game that took literally weeks to finish.

We put three Monopoly boards together and said that when you land on Free Parking, you “jump” to the next board. That way you can get ahead and start buying up properties before someone else does. It was insane but a ton of fun.

So yeah, I dig Monopoly. And I completely LOVE their new campaign. One of the classic Monopoly tokens is finally getting retired. Never to be produced again! And fans can vote on their favorite tokens, to try to keep them safe and in the game. Just go to the Monopoly Facebook page and cast your vote! 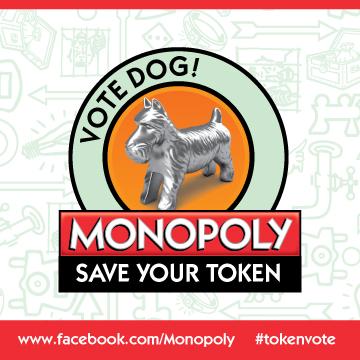 I’ve always been a big fan of the dog, so that little guy got my vote! But who should they get rid of? I asked my family and this is how we all voted on which token to kick to the curb!

First up is me. My least favorite Monopoly token? Gotta be the lame thimble! Maybe if this were Sewingopoly I’d feel different. But seriously, a thimble? What kid wants to play with a thimble??? 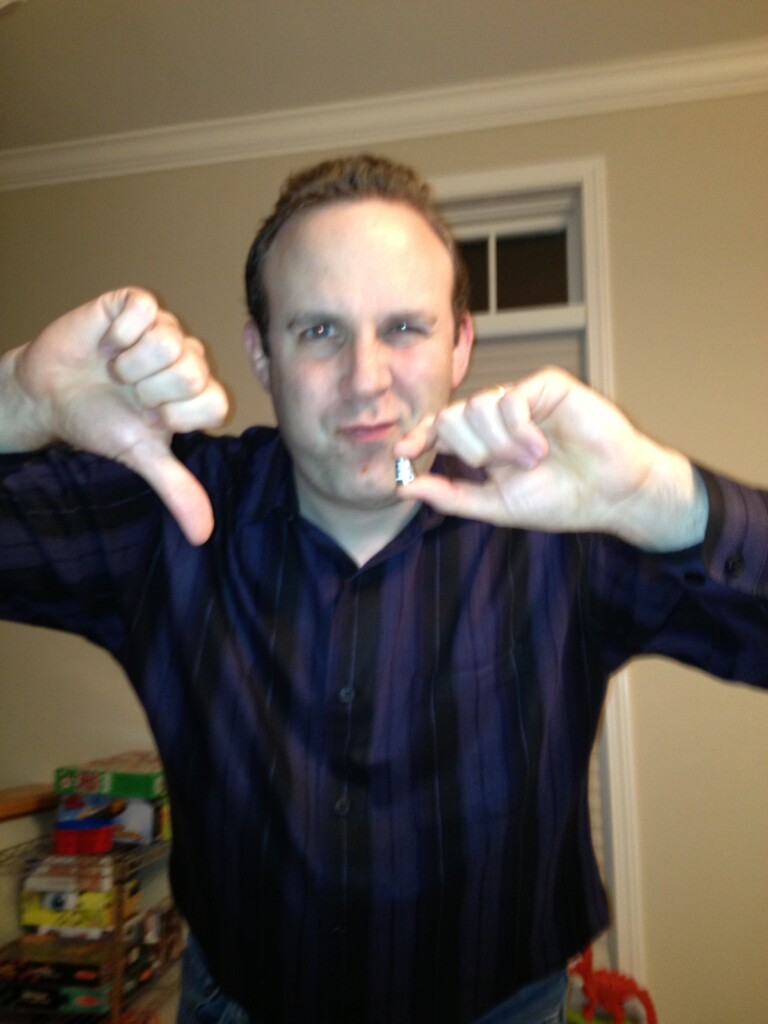 Ryan’s up next. His least favorite? Yeah, the iron. Heck, until very recently, Ryan probably had zero idea what an iron even is! But now he gets to see his mommy iron daddy’s shirts every week. Maybe that’s why he’s not a fan of the iron game piece. It reminds him of daddy going off to work and he’ll miss his daddy so much… Yeah. That’s totally the reason. 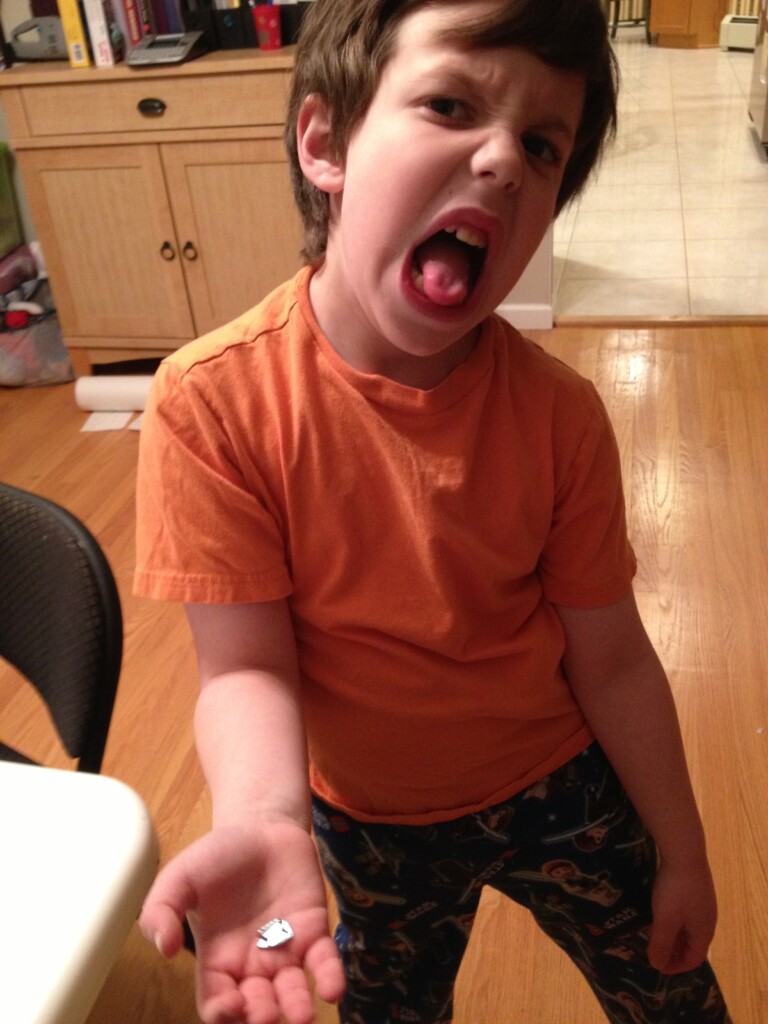 How about Jason? His least favorite? Yeah, he totally agreed with his brother and picked the iron. Hear that, Hasbro? Boys do not like playing with irons. Shocking, I know! 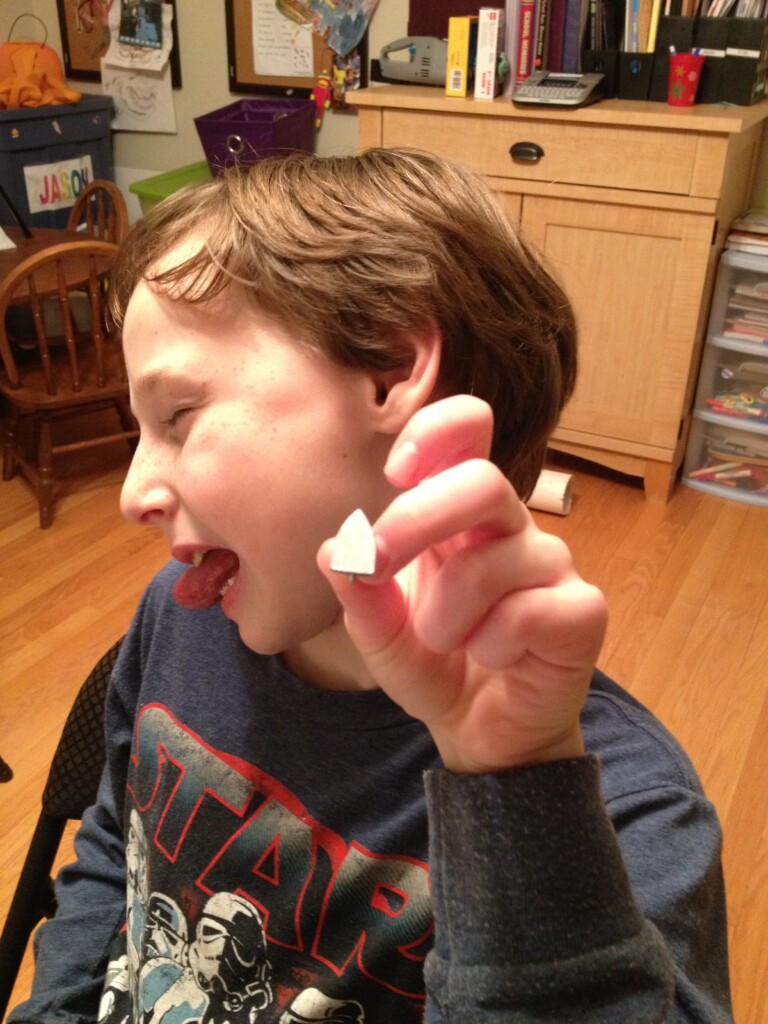 Last up is Allie. Her pick for lamest Monopoly token is the wheelbarrow  I can see that being pretty lame too. Especially when it’s compared to a cool race car or cute doggie! 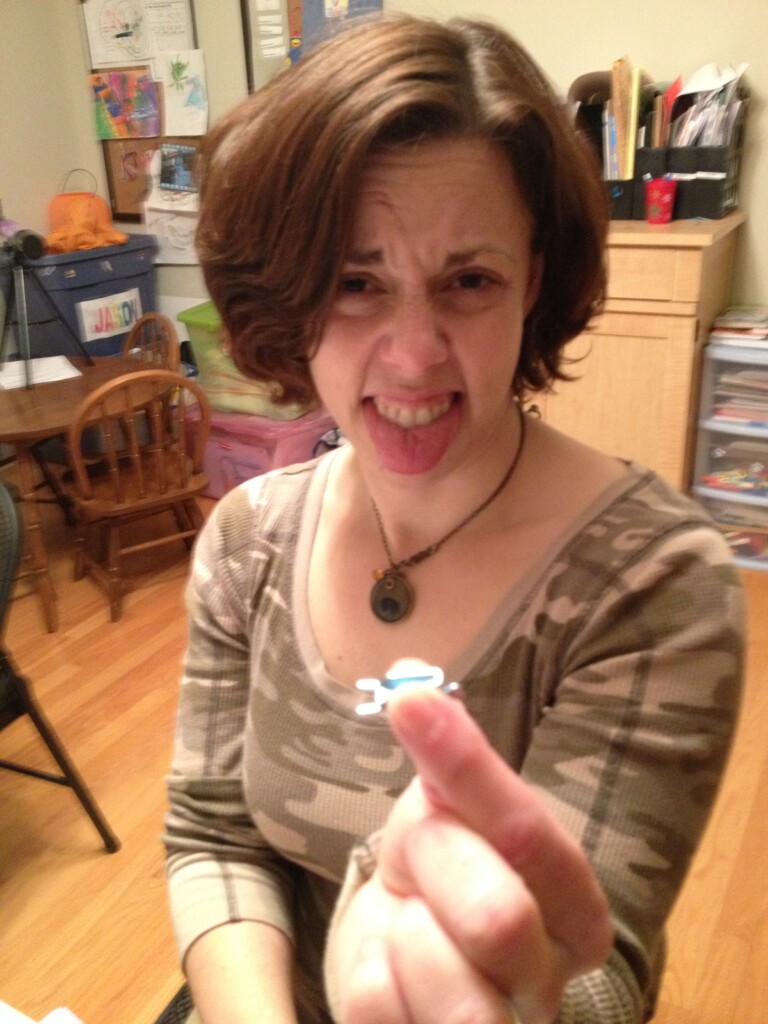 So there you have it. The thimble, iron and wheelbarrow are the three lamest Monopoly tokens. Hopefully one of those will get the boot when voting is complete.

The good news, though, is that Monopoly will be replacing the retired piece with a brand-new piece! And once again, they want your vote!

Choose from a robot (AWESOME!), a diamond ring, kitty cat, helicopter, or guitar. Personally, I voted for the robot. Robots just rule. So help save the doggie, get rid of the thimble and bring on the robot! 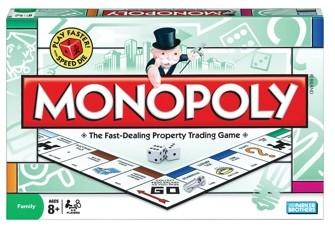 Giveaway ends on February 10, 2012 at 11:59 p.m. The winner will be chosen at random and announced on this site. Giveaway is open only to legal residents of the fifty (50) United States (including District of Columbia) who are at least eighteen (18) years old at the time of entry. The Winner will be notified by email and has 48 hours to respond or a new winner will be chosen.