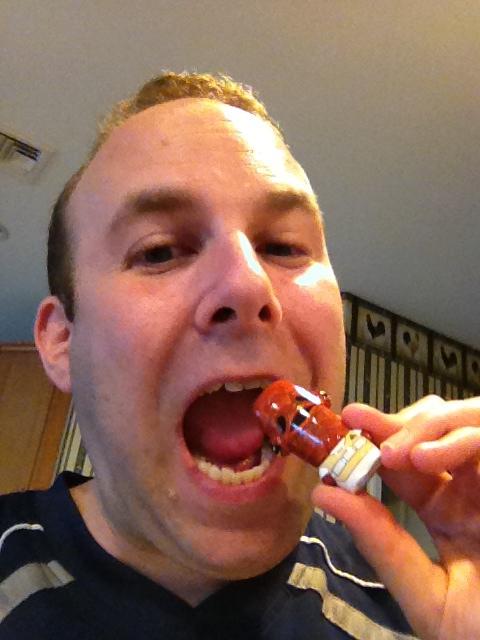 I remember back to my childhood when I’d bring over a box full of floppy discs to my friend Chris’ house to “trade” various games on the Apple IIe computer. Heck, I think I even brought my floppy drive over at times.

Nowadays, you just need a slick little Flash Memory Drive and you can store practically 1.21 gigawatts of data on something as small as your thumb. It’s crazy to me. Even more fun, though, is when companies get creative with their memory drives and make them in all sorts of crazy shapes, sizes, and characters.

I recently had a chance to test out Star Wars Mimobots Series 8 from Mimoco. Unless you’re ridiculously awful at reading comprehension (at which point you don’t even know what I’m typing in this parenthesis), you’ll realize that these items are based on the super-awesometastic movie series Star Wars.

I chose one of my favorite characters from the original trilogy: Admiral Ackbar, the Mon Calamari rebel pilot who joins Lando at the cockpit of the Millennium Falcon. First off, the USB drive itself is great. They come in four sizes: 8GB, 16GB, 32GB, and 64GB. I was given the 8GB version and even that is pretty enormous.

To use it, you just pop Ackbar’s head right off and stick the drive right into a USB slot on your device. Then just copy data right into the drive, take Ackbar out and repeat on another drive to transfer those files. Couldn’t be simpler!

The figure itself looks great and I really love the art style on all the Mimobots. It’s as if you took the real Star Wars characters, squished their bodies down and elongated their heads. My younger son Ryan was fascinated by it. First by how a USB drive works, and second he just loves playing with figures. So he grabbed Ackbar and brought him right into the game he was playing with Lego mini-figures.

The drive is big enough to enjoy, but small enough to easily just stick in your pocket and carry around with you. Really neat. Mimoco has a ton of great licenses for other Mimobots including G.I. Joe, Transformers, Hello Kitty, DC Super Heroes, Adventure Time, and more. Prices vary, though most of the 8GB ones seem to clock in around $17.95 to $19.99.

Buy your own Mimobot! 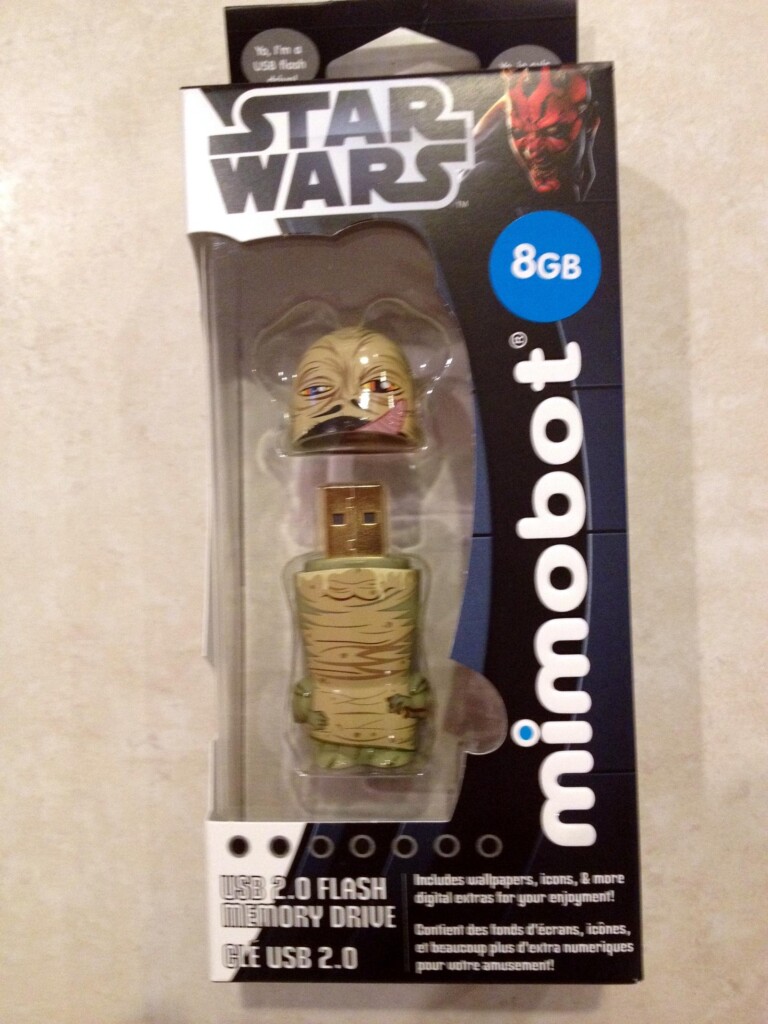 Win your own Mimobot!

The mimotastic folks over at Mimoco were kind enough to provide me with an 8GB Jabba the Hutt Mimobot to use as a prize in a giveaway! So enter with the rafflecopter form below!
a Rafflecopter giveaway

Giveaway ends on July 24, 2012 at 11:59 p.m. The winner will be chosen at random and announced on this site. Giveaway is open only to legal residents of the fifty (50) United States (including District of Columbia) who are at least eighteen (18) years old at the time of entry. The Winner will be notified by email and has 48 hours to respond or a new winner will be chosen.

I received the featured product and a copy to give away in exchange for my honest opinion. The thoughts and opinions expressed in this post are my own and in no way were influenced by the company providing the product.
More contests and giveaways:
Contests & Sweepstakes
Blog Giveaway Directory
Online Sweepstakes
CashNet Sweepstakes
Online Sweepstakes
Contestgirl
Share14
Tweet
Pin
14 Shares