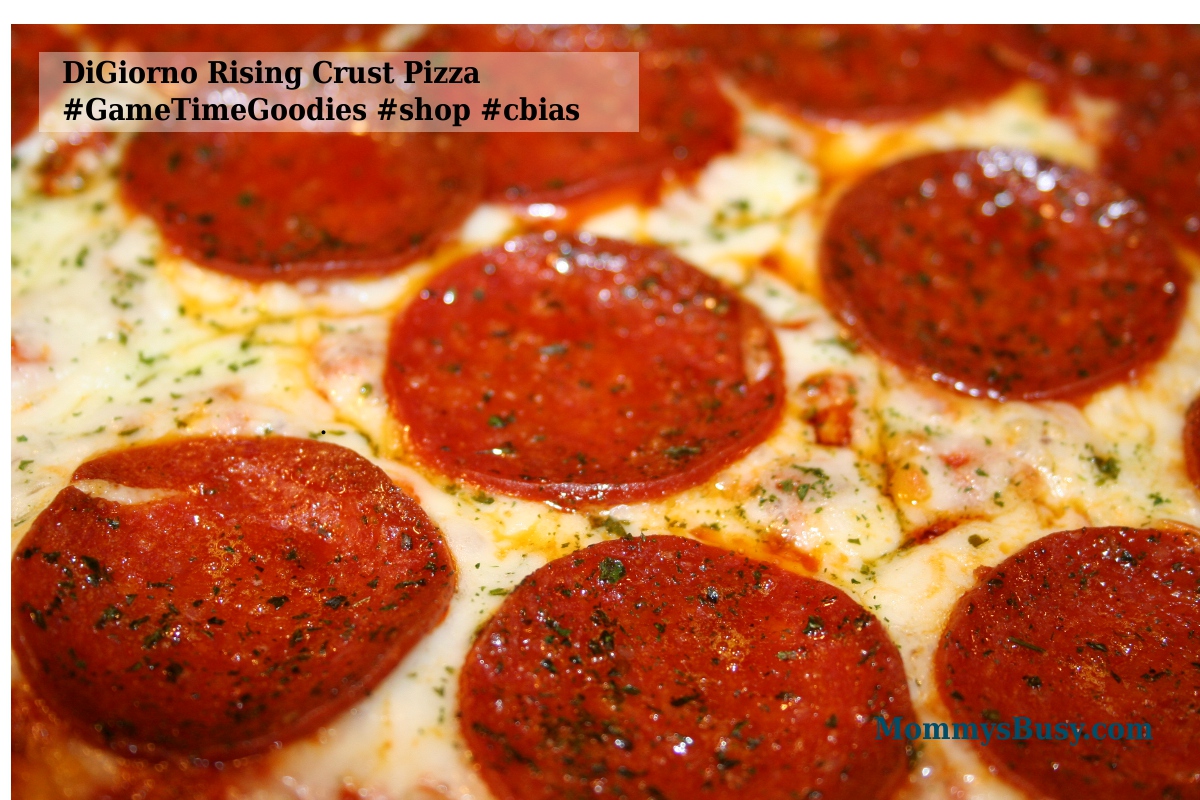 It’s a depressing time of year again. No, not the winter blues. I’m talking about the end of another football season. Sure, there’s one more Big Game left but that means I’ll just have to wait months and months for it to start up again.

This past weekend, I didn’t want to miss a minute of the action! So to prepare for a diligent day of lounging on the couch, stuffing my face while watching grown men tackle each other, I did what any sane person would do… I packed the wife and kids in the car and headed out to the closest Walmart Supercenter!

It’s roughly a 20 minute drive, just long enough for the kids to start whining, “Are we there yet?” as we pull into the parking lot. I had one thought in mind as we entered the building… DiGiorno’s Pizza!

I’d never tried it before, so I was super pumped to get a chance at reviewing it for my blog. Even cooler, the Rising Crust DiGiorno’s pizza was on rollback for $4.50! Not bad for a frozen pizza that’s bigger than your head! 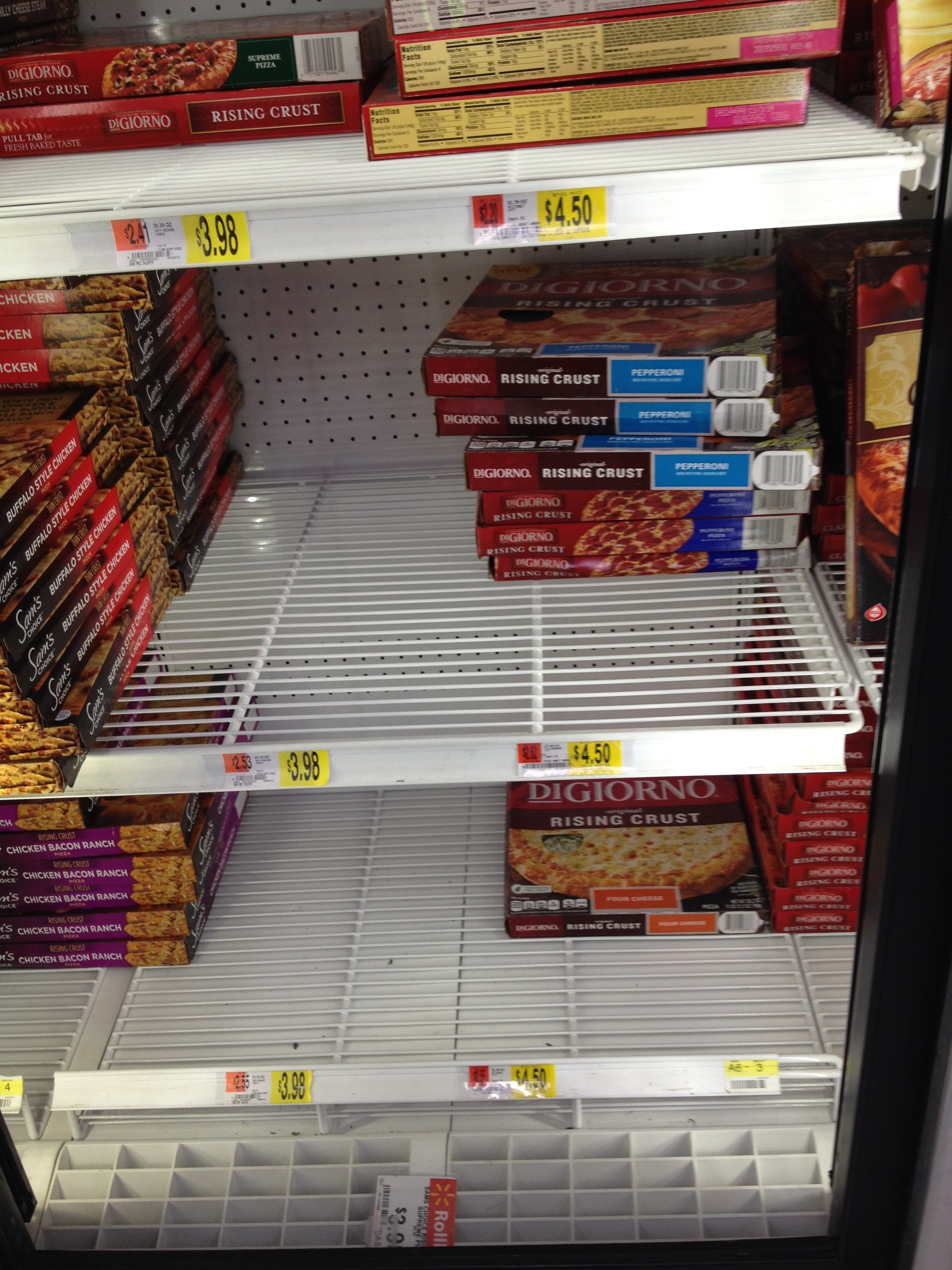 Apparently, DiGiorno’s pretty popular with the Walmart crowd since most of the shelves were pretty bare! I managed to snag a few pies for myself though. 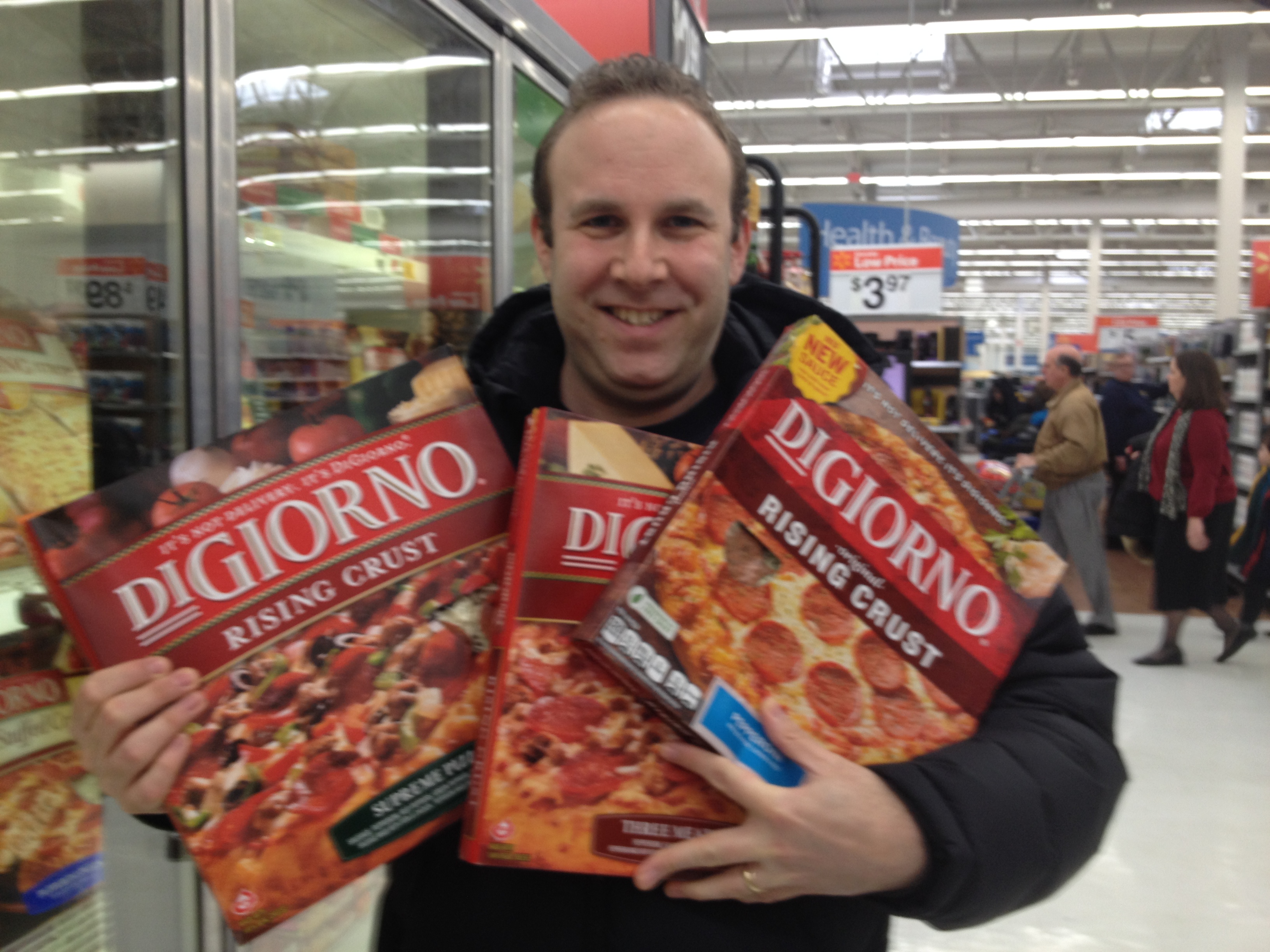 We grabbed a few other household items we needed (sadly, a bathtub sized jar of cheeseballs was not on the list), and headed home!

I popped the frozen pizzas in the freezer, grabbed the TV remote and slumped down on the couch ready to do my manly duties of vegging. Halfway through the game, my stomach started rumbling, so I headed into the kitchen to cook up dinner!

I decided to cook up the pepperoni and cheese pizzas for me, Allie and the boys.

The most difficult part of cooking a DiGiorno? Opening the box. Which, actually, isn’t hard at all. You just tear open the box, rip open the plastic and you’re left staring at a frozen circle of pizza goodness. 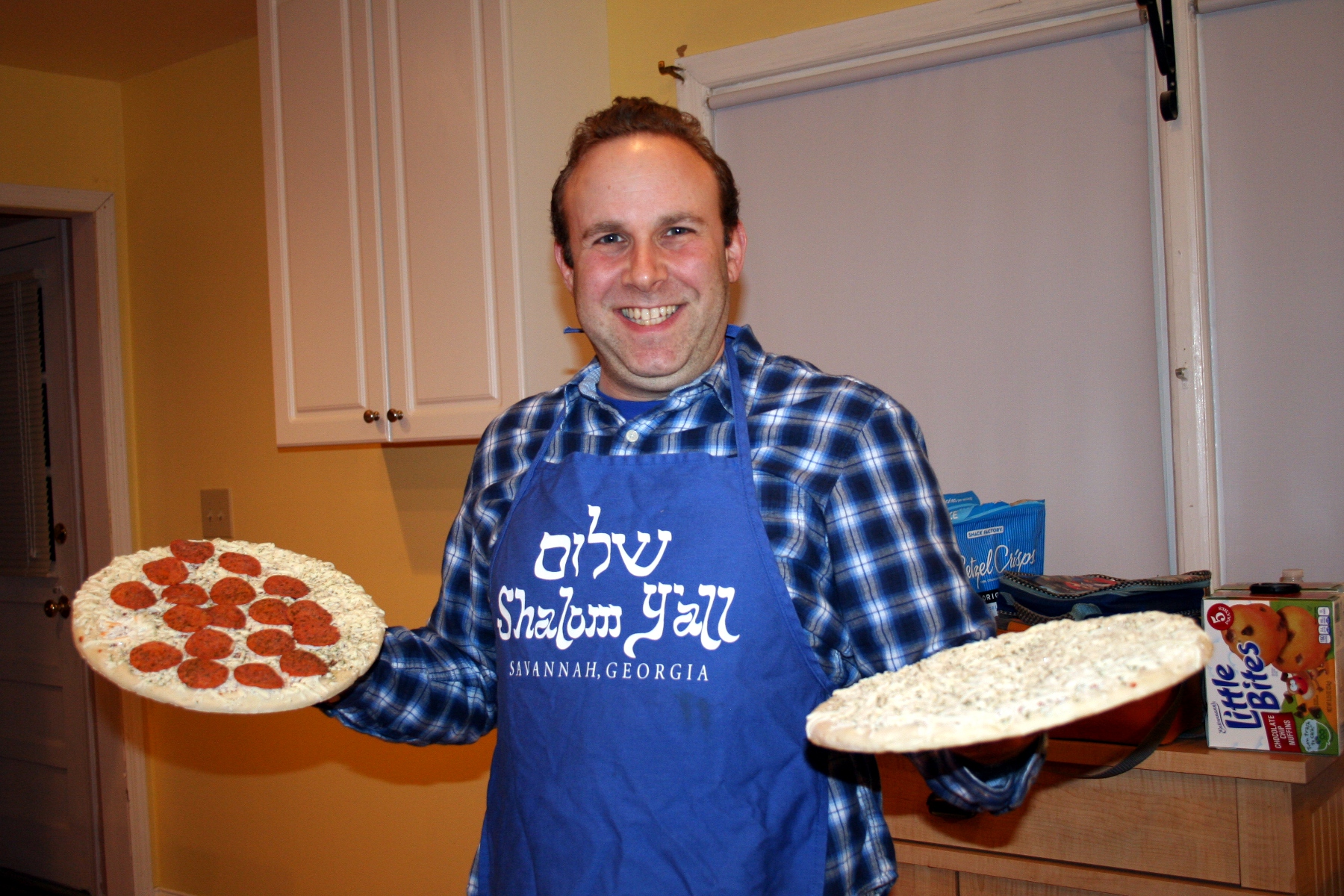 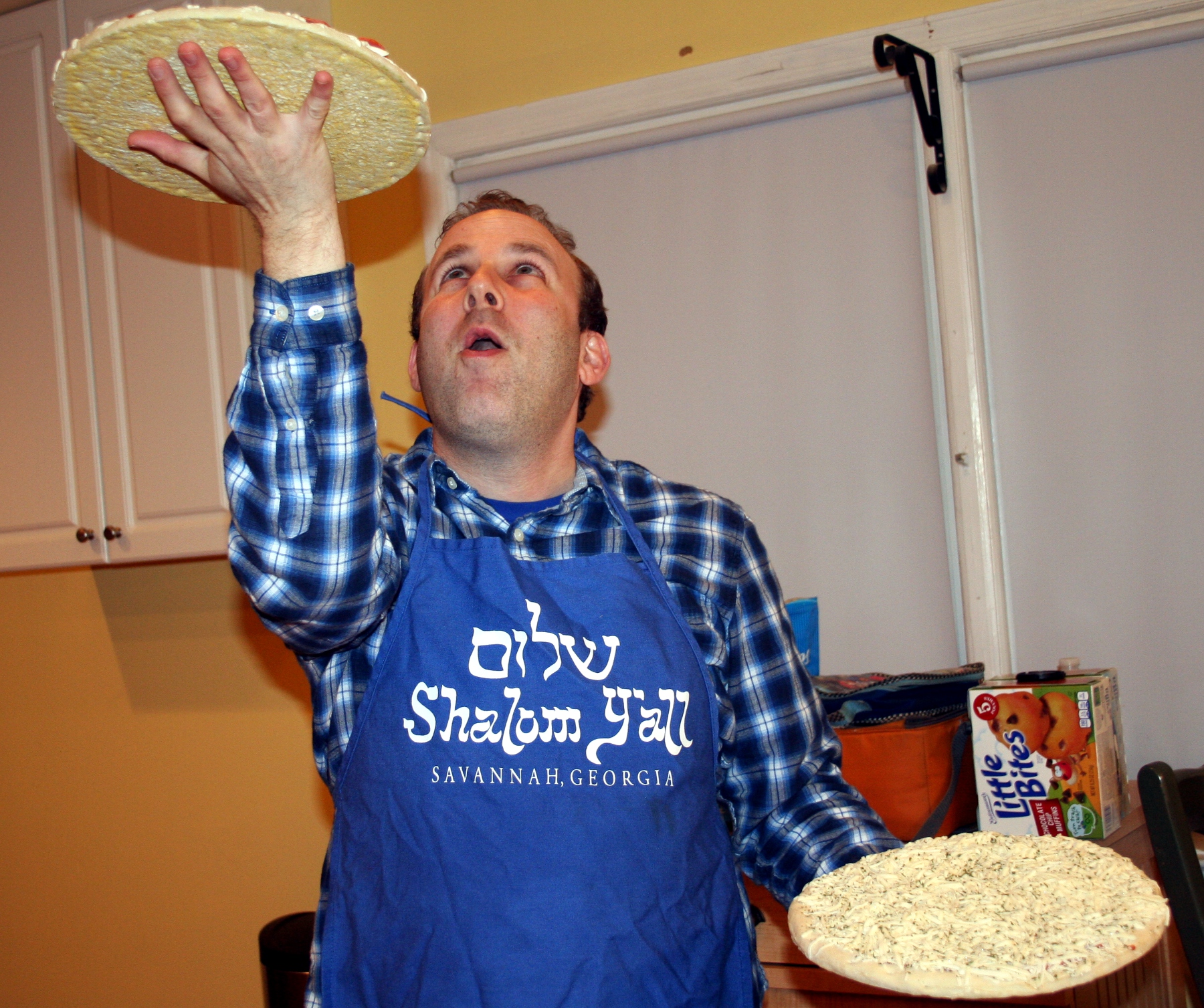 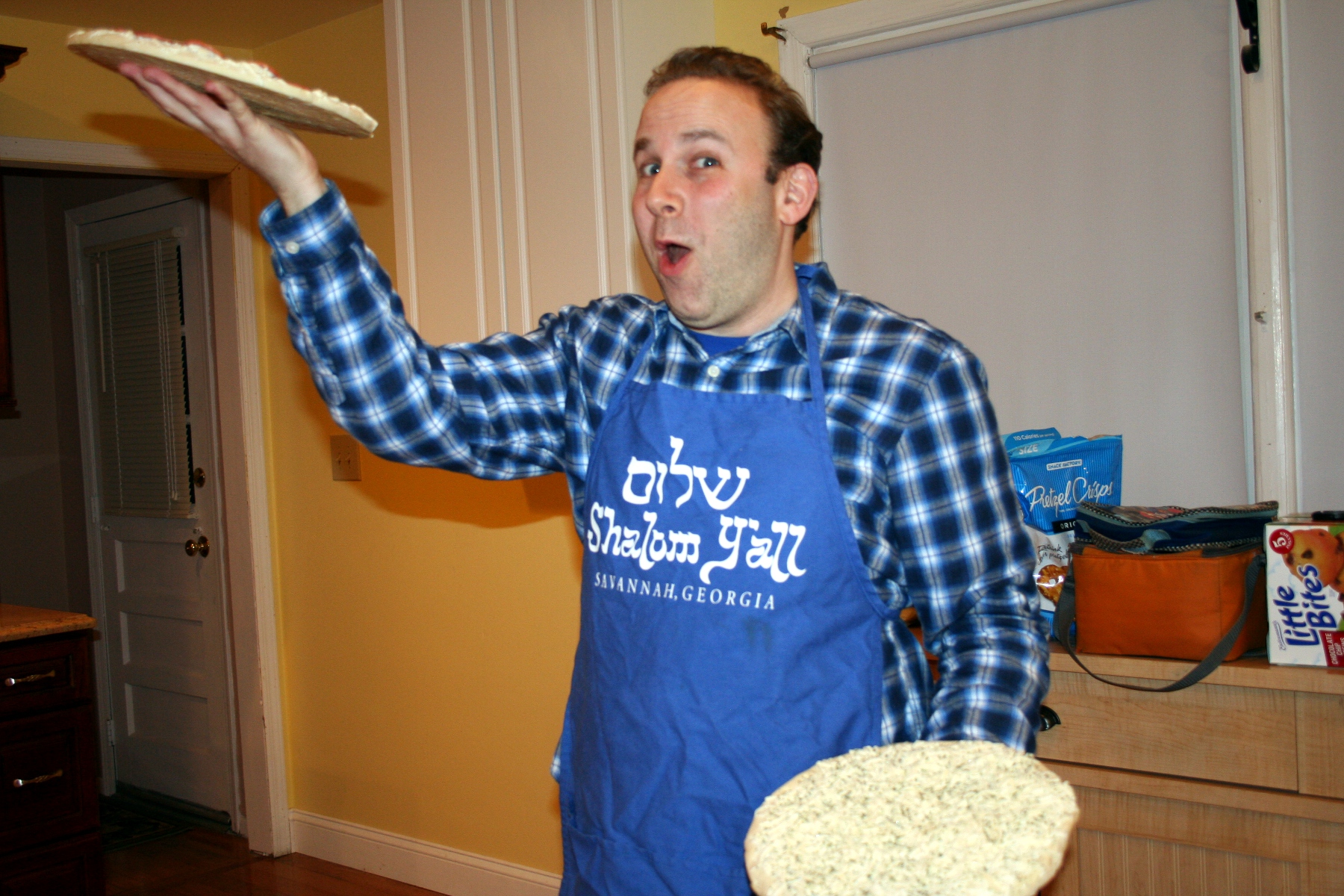 We slid one pie into the oven and another into our super extra large toaster oven. I didn’t think it’d fit in the toaster to be honest, but surprisingly it just made it in. Man that thing is huge! I set the ovens and then just had to wait about 20 minutes. Plenty of time to get back to the game.

I smelled the spices and melted cheese before I heard the timer go off. Now, the tough part is, I didn’t want to miss any of the game. And since this is practice for the Big Game, I had to time this one perfectly.

Turns out, I didn’t need to worry. It was a snap to cook these puppies. I was actually surprised at just how thick the crust was. They’re not kidding when they call this line “Rising Crust.” Look at that sucker! 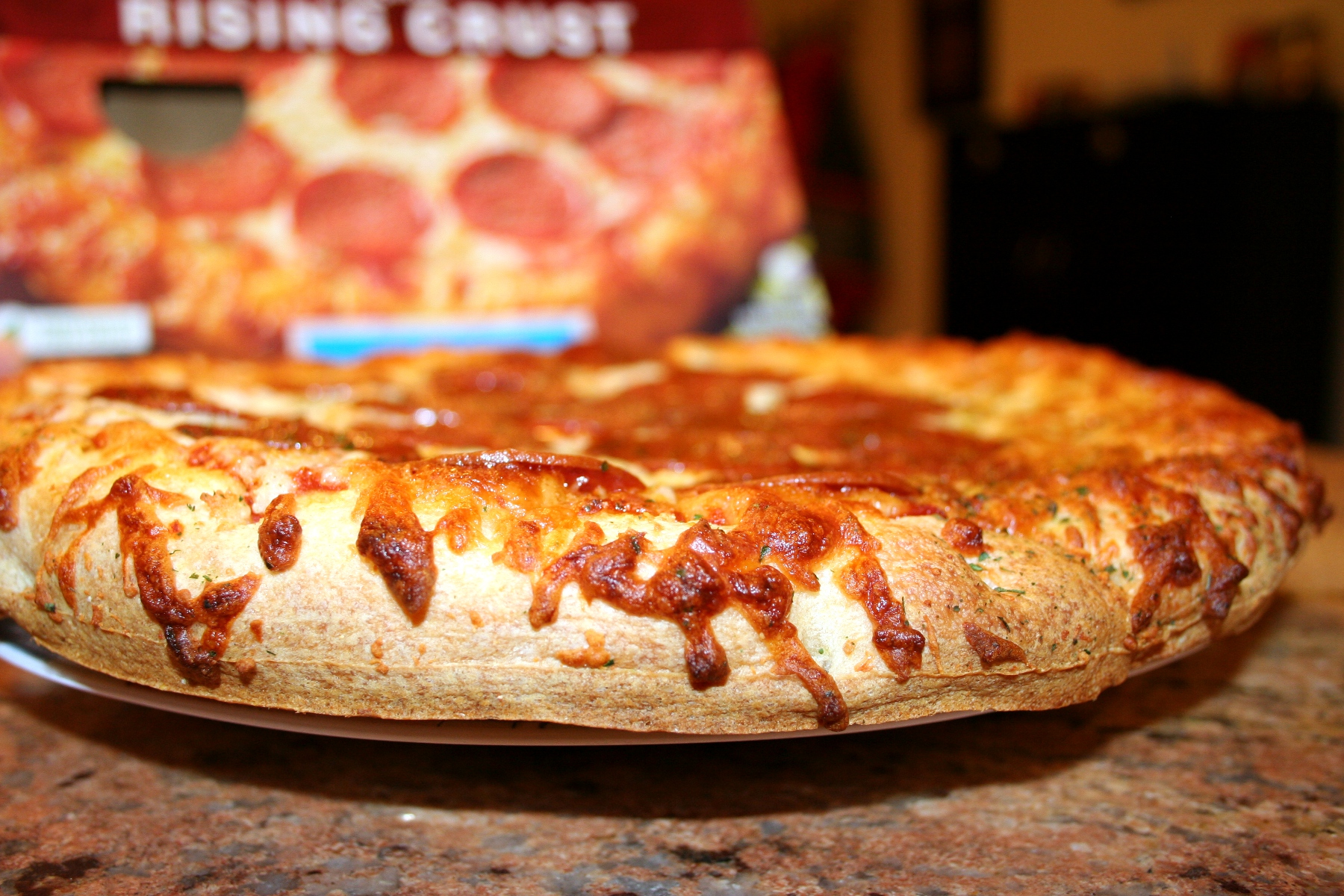 I grabbed my weapons of choice and proceeded to slice the pizzas like a surgeon! 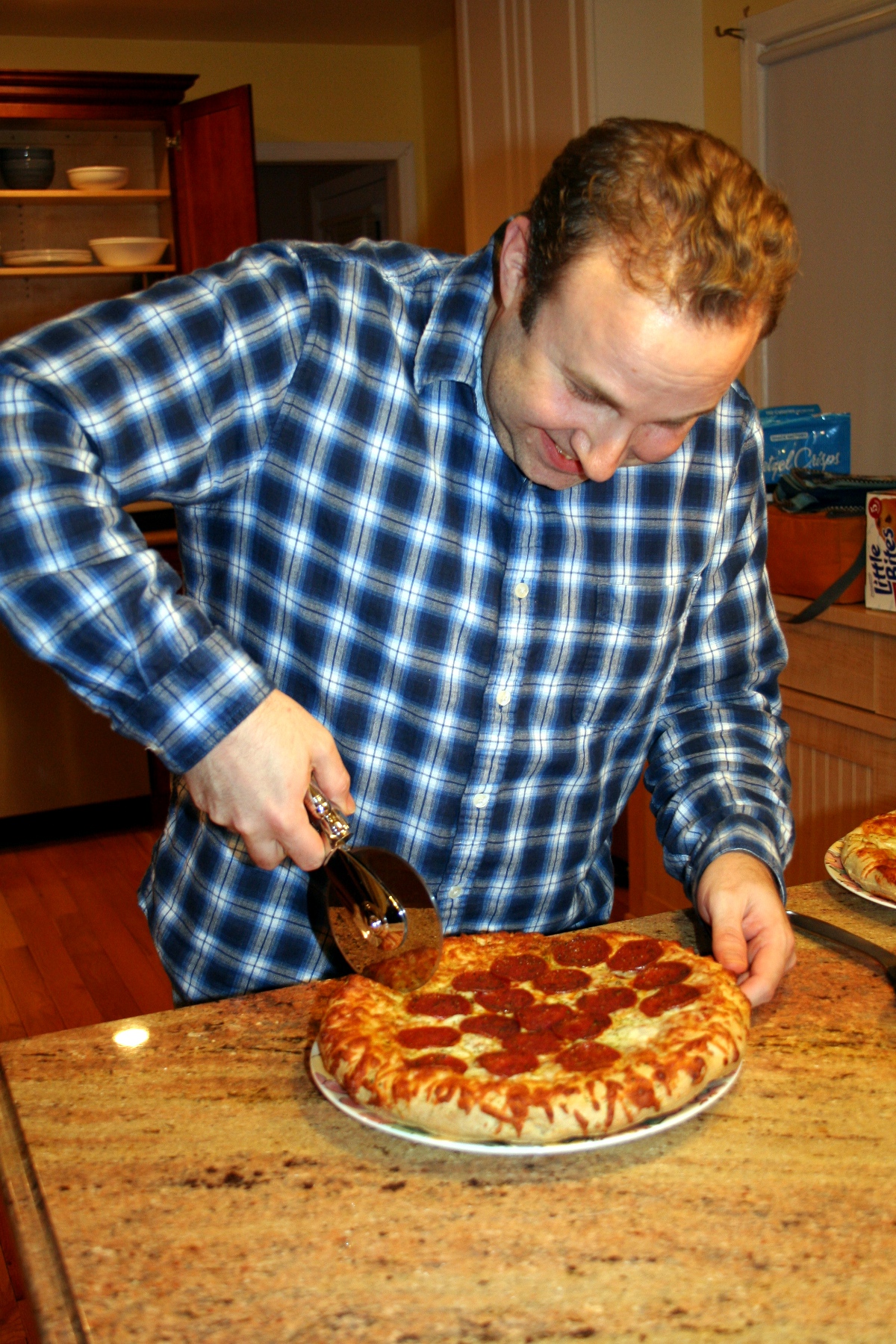 Perfect if I do say so myself! 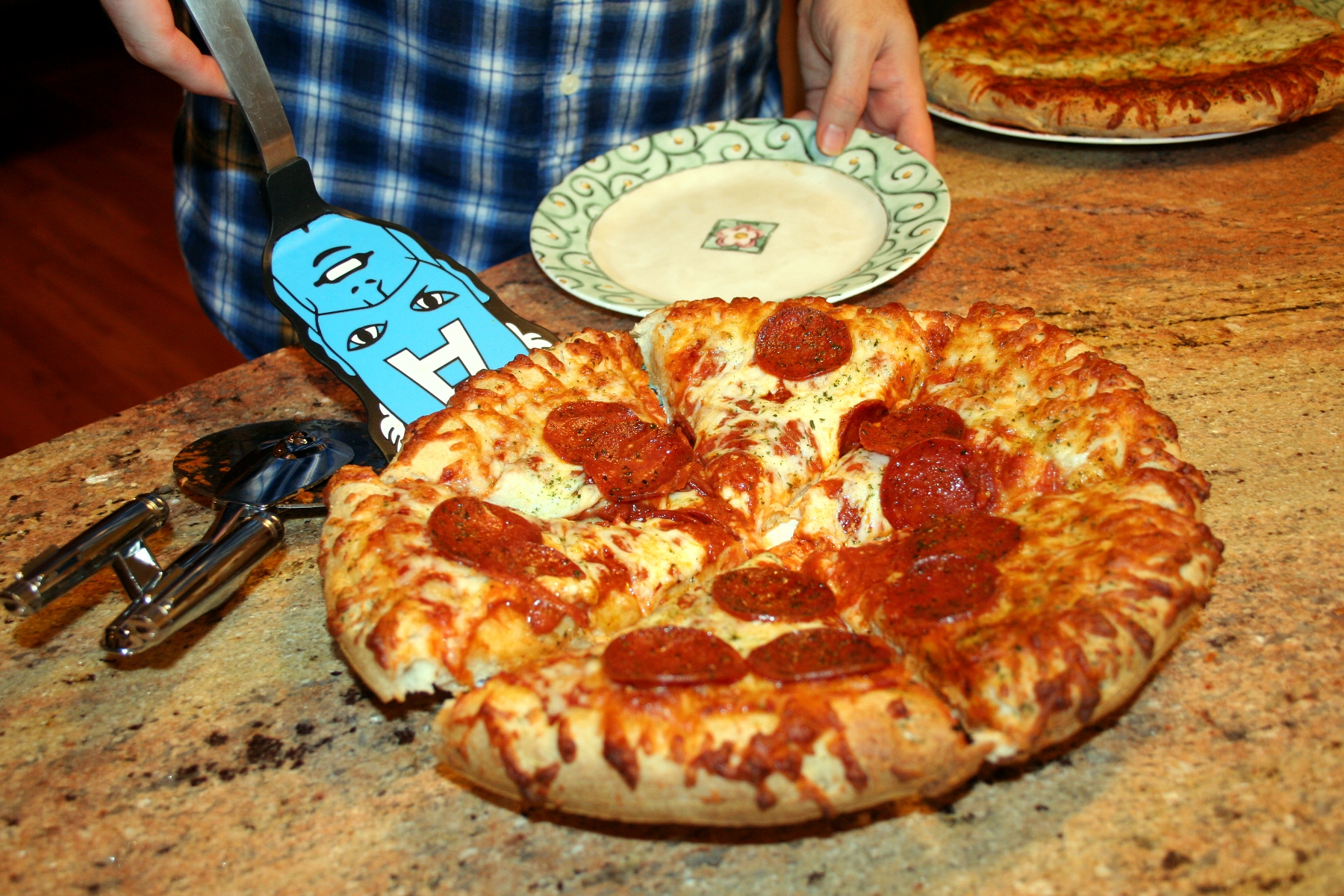 Now can I make it back to the couch in time? 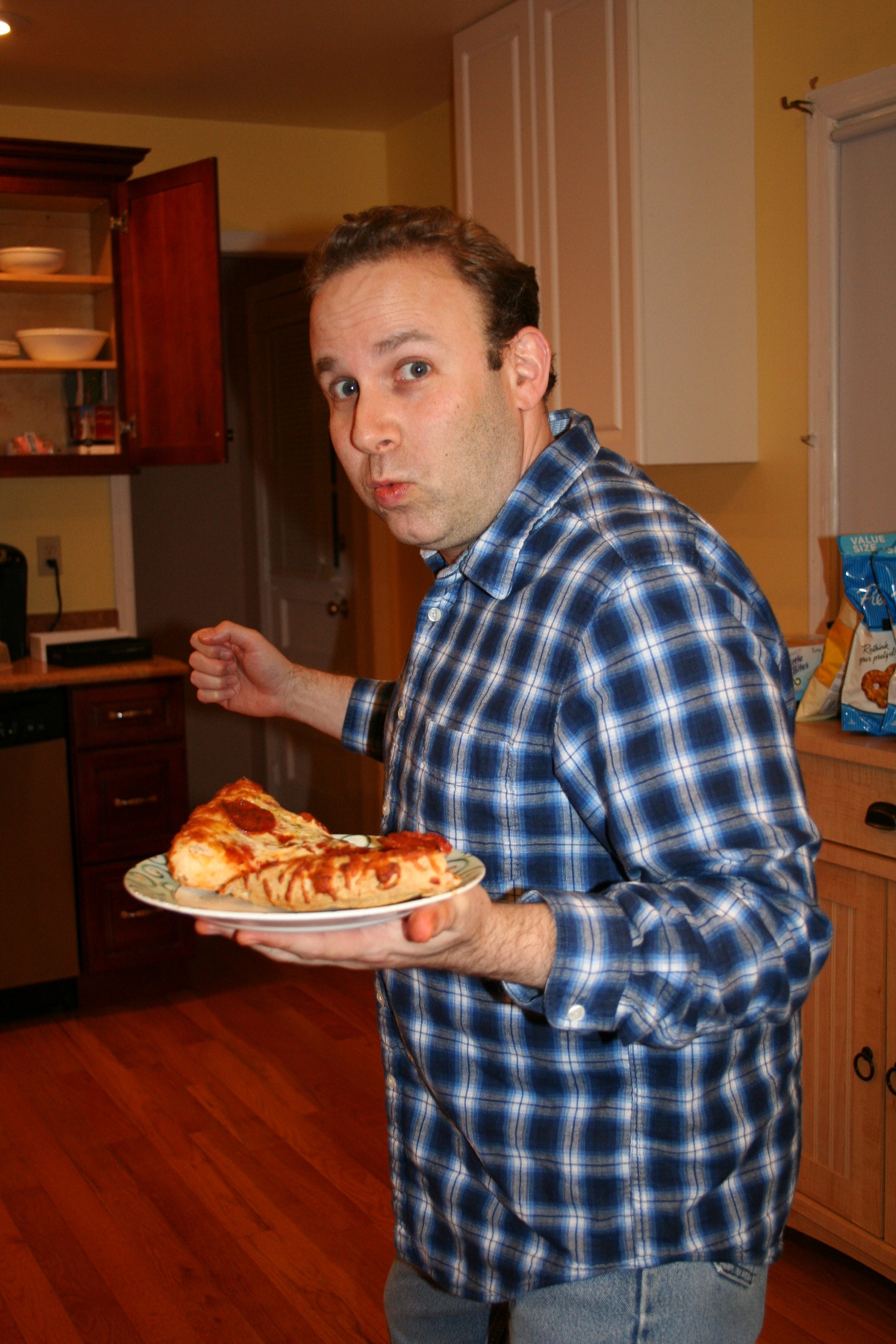 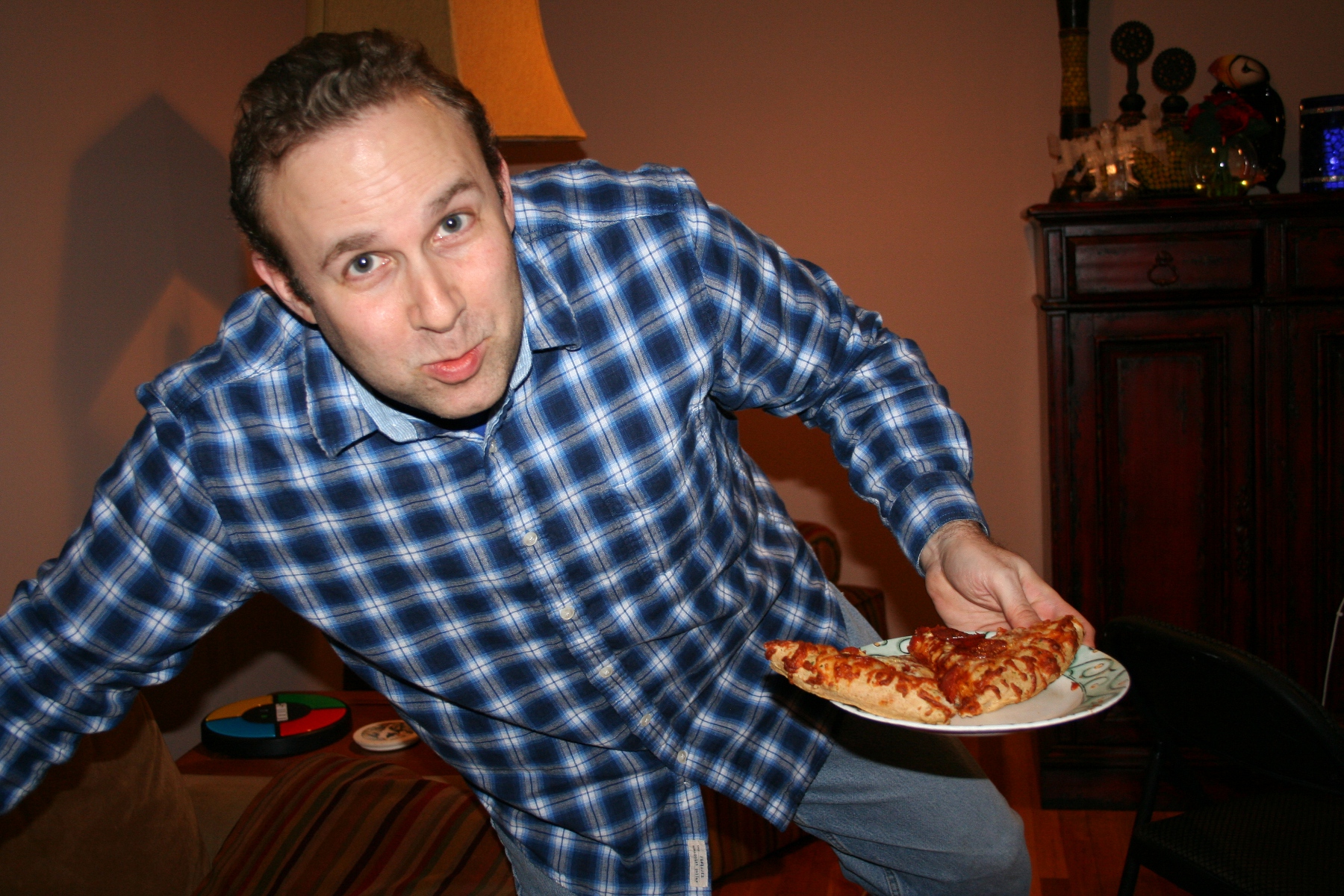 Score! Just made it! 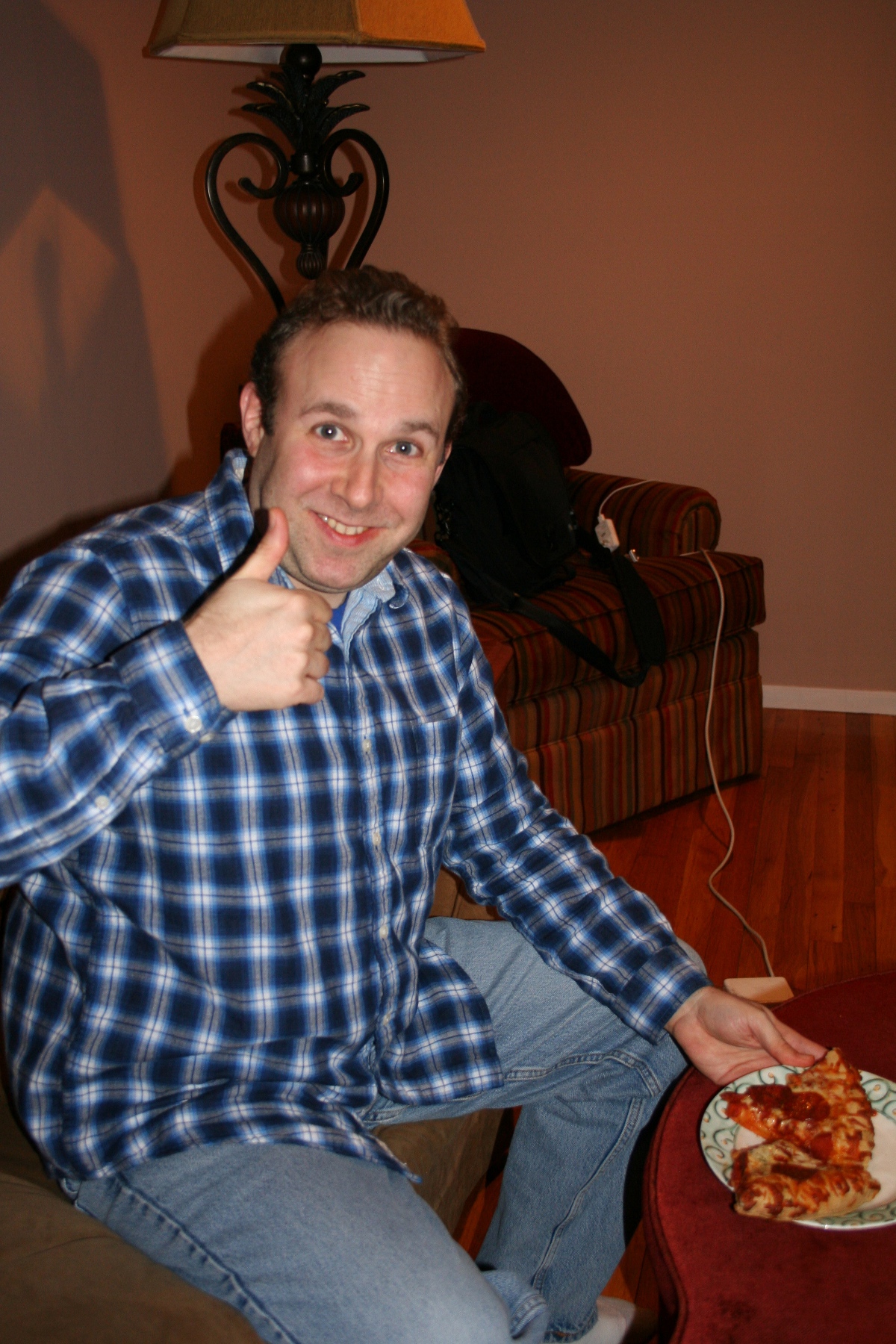 Now to enjoy the spoils of my victory! 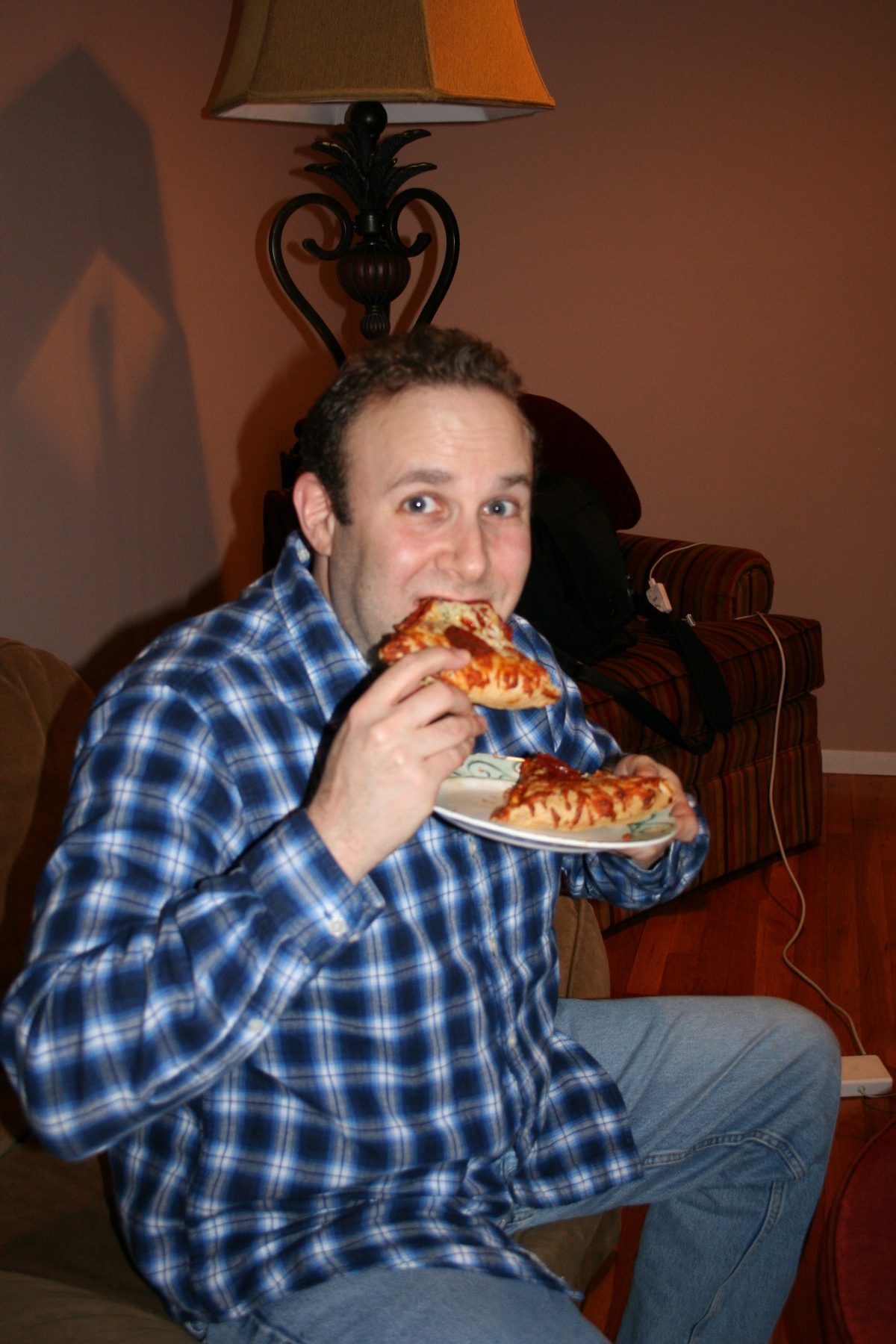 Looks like DiGIorno’s the perfect meal not just for those strapped for time, but also for those cooking-challenged folks out there like myself! So whoever you’re rooting for come Game Time (Denver’s got my full support!), just know that DiGiorno’s got your back!