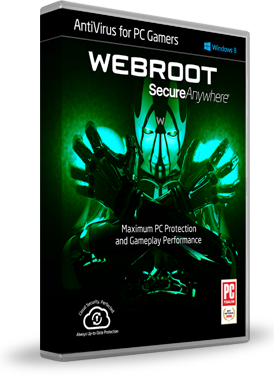 I fondly remember my college days. Those many moons ago, we didn’t really have this crazy World Wide Web things the kids are all talking about today.

Uh uh. Email was still fairly new, if used at all. But one thing we did have was PC games. And yeah, I spent as much time blasting baddies as I did writing papers. I remember exact moments of joy from solving nigh-impossible puzzles in the original Prince of Persia, and of course fighting through hordes of Nazis to victory in Castle Wolfenstein 3D.

I was a big PC gamer for years, and I can’t even imagine what it would’ve been like had I grown up a generation later. Actually, I think I can. I’m already seeing it in my boys. Yes, we have a Wii U, Xbox 360 and even an original GameCube hooked up, but Jason and Ryan still spend more time in front of their computers.

They’re playing all sorts of online games, with Minecraft being at the top of the list. I still barely understand the game (there’s apparently a lot of building to be had and a lot of blowing stuff up and there are pigs and zombies and stuff…), but these guys have been eating and breathing Minecraft for well over a year now. 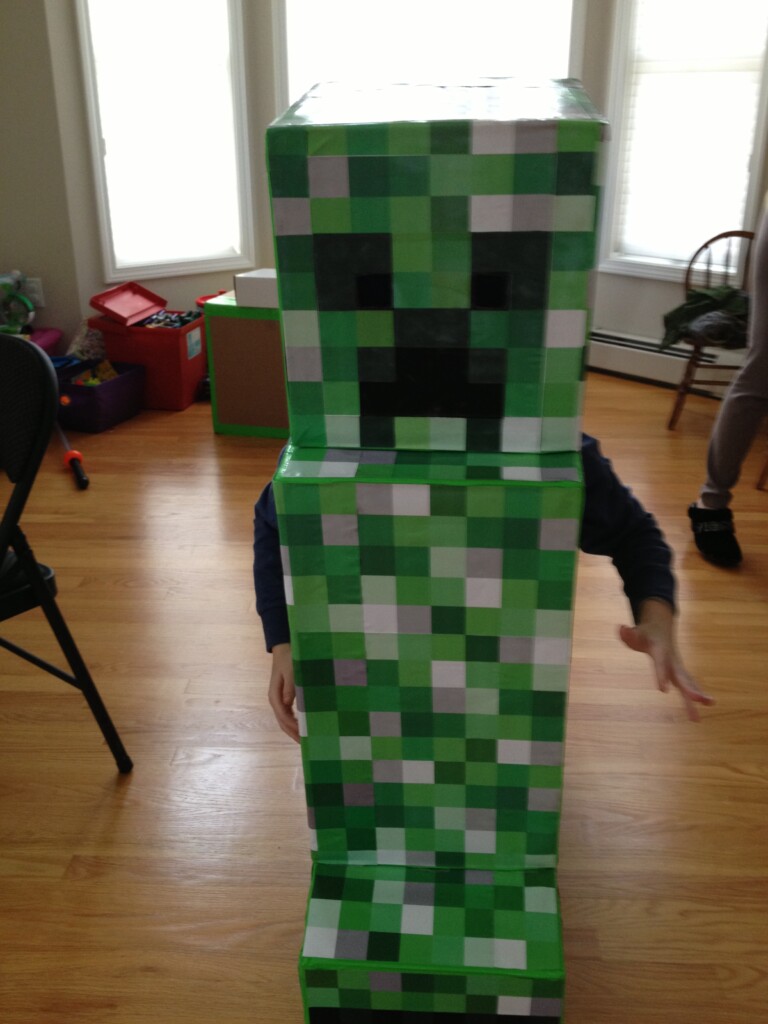 Ryan loves it so much, he’ll play online with one of his friends, talking to him on speaker phone as the two race through level after level. I think half the videos Ryan makes for his YouTube Channel (he’s VideoWaxy87 by the way) are of him playing Minecraft.

Now, other than a complete power failure, what’s the biggest enemy for a computer gamer? No, it’s not running out of lives… it’s super duper lag. Sometimes it’s your internet provider and there’s not much you can do about that. But most of the time, it’s actually your own fault.

You know that protection you use to keep your computer safe from evil viruses and malware? Yeah, I’m talking about anti-virus type of programs. They’re certainly helpful at keeping your computer from being completely overrun by some ridiculous worm, but they’re also major resource hogs.

Ever notice that at various times, your computer will just suddenly freeze up for a few seconds or massively slow down? Even if you’re just trying to read email or write a document, it can happen. Then you get an alert saying your latest scan is complete. Yep, anti-virus programs do protect, but they also hog major resources on your computer, causing loads of annoying slow-downs. For a gamer, especially an online gamer, any kind of lag usually means instant death. 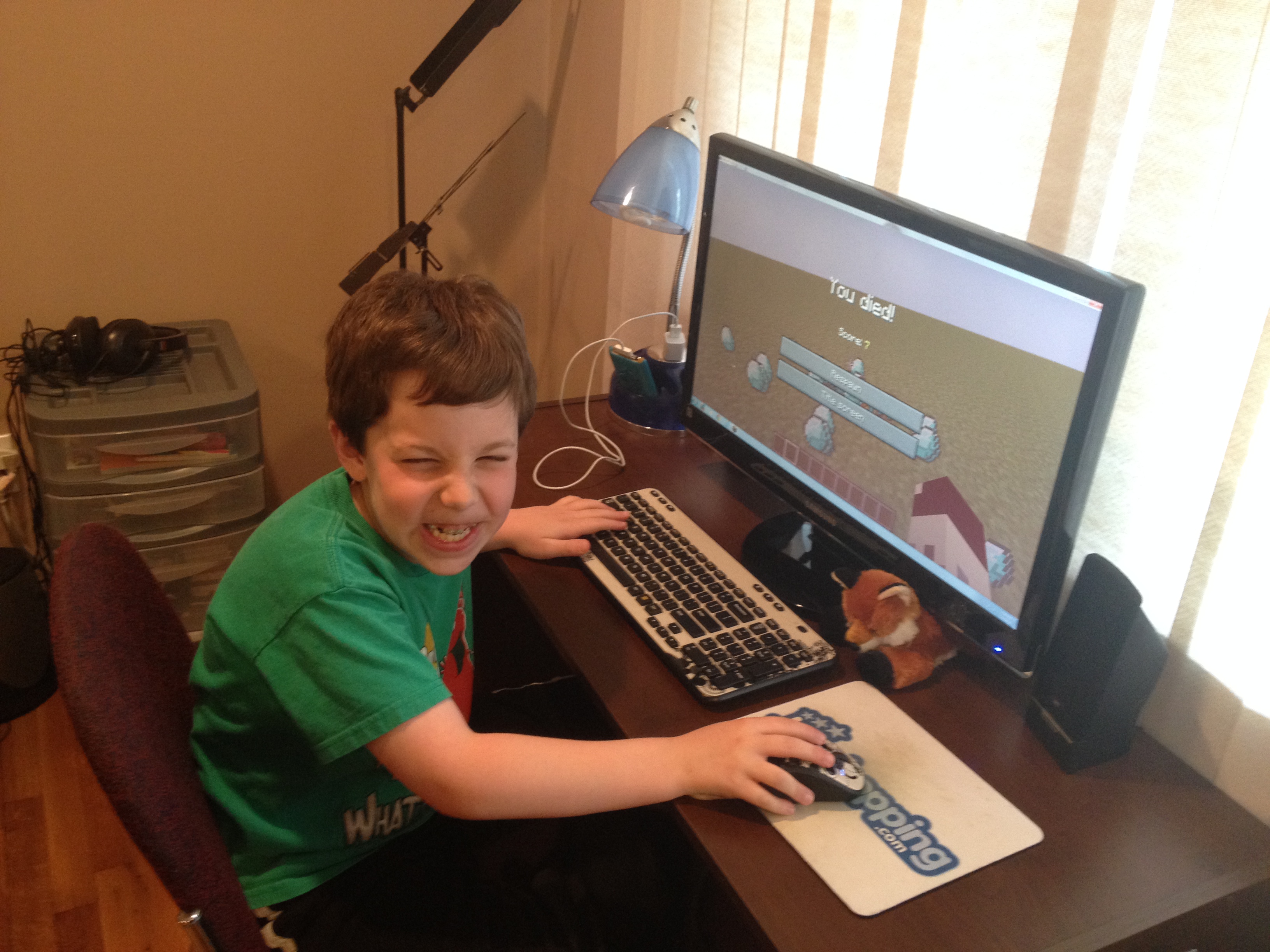 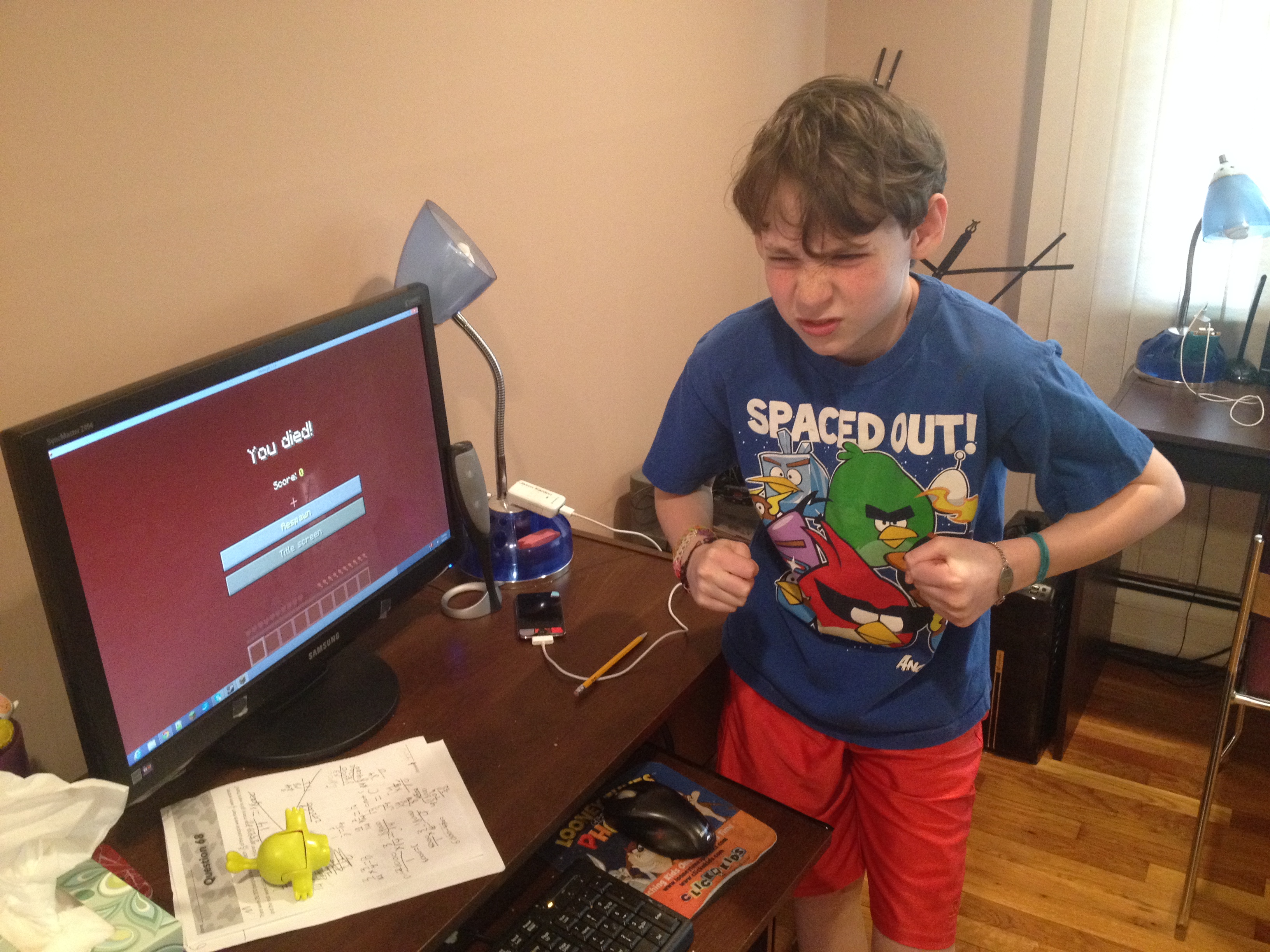 It’s happened to us all. You’re playing online, finally on the last level, just about to strike the final blow to the final boss… and your screen freezes. You’re helpless, screaming at your inanimate monitor for seconds, minutes even. Then suddenly, it springs back to life! Only… well, in the time you were lagged, the big boss man killed you 10 times over and you have to start back at the beginning. Ugh.

Thankfully, Webroot feels our pain! The guys behind the super spiffy SecureAnywhere software I’ve written about before, now have a gamer-friendly version! Webroot AntiVirus for Gamers is the answer to your gaming dilemma!

Webroot SecureAnywhere Antivirus for Gamers was created by Gamers for Gamers giving you the full protection of an Internet security suite for maximum performance and uninterrupted gameplay. Webroot runs silently in the background so you won’t be bothered by screen freezes, game lag or system crashes.

Play PC games at warp speed with no annoying lag or interruptions. No need for a “Gamer Mode” or “Silent Mode” option that simply turns off real-time protection to avoid performance slowdowns. Nor do you have to disable your protection altogether which leaves you vulnerable to web threats and constantly having to remember to re-enable when not playing. 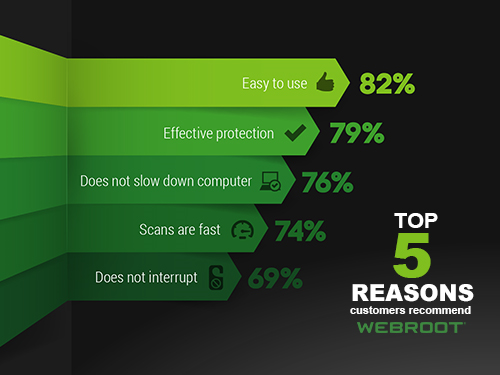 Some of the key features in AntiVirus for Gamers include:

I installed the AntiVirus for Gamers on both Jason and Ryan’s computers. Jason has a Windows 8 machine, and Ryan has the older Windows 7. The software installed easily and kicked right off with a full system scan.

When the hefty scan was complete, it had found a number of annoying toolbars and malware tucked in the nooks and crannies. I cleaned them all out  with just a click. Now their machines should both be clean and mean and ready for battle! 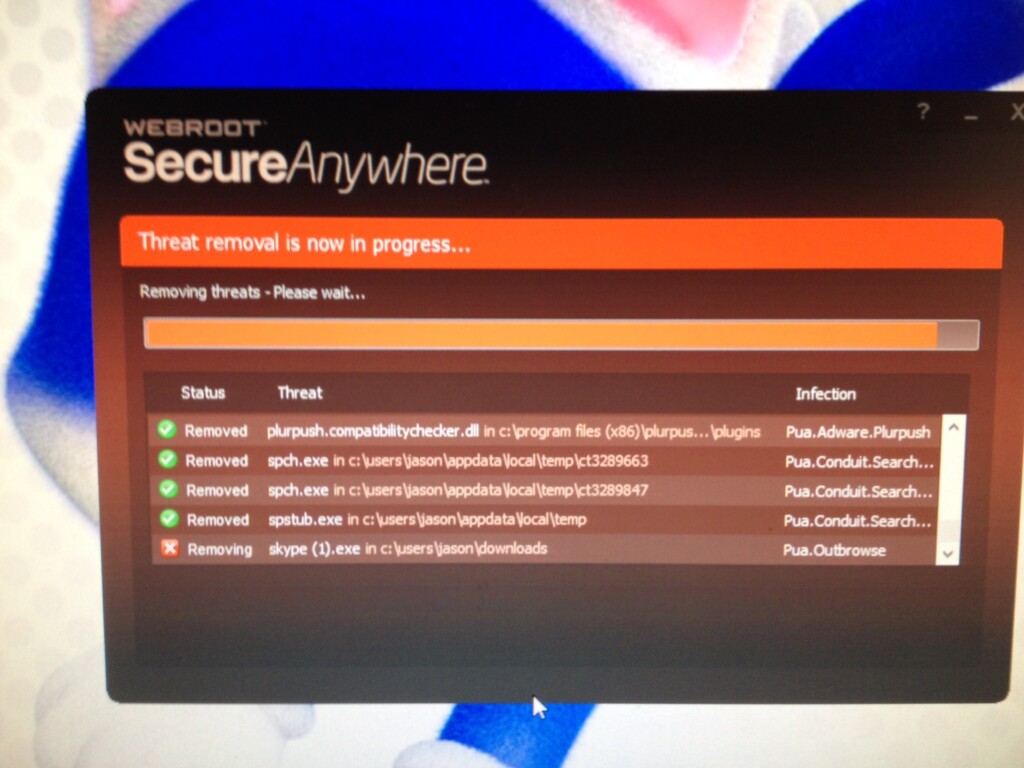 I told Jason and Ryan that unfortunately they have to do some homework for me. Yeah, to really help test this out they’d have to… GASP… play some video games on their computers! Yes there was loads of crying and whining and tons of “it’s not fair” and “I don’t want to!” but eventually my two boys reluctantly agreed to play Minecraft on their computers rather than go clean their room or eat a few bowls full of vegetables. They played for a while and had a blast (literally and figuratively!) as they built up bricks and blew others away. 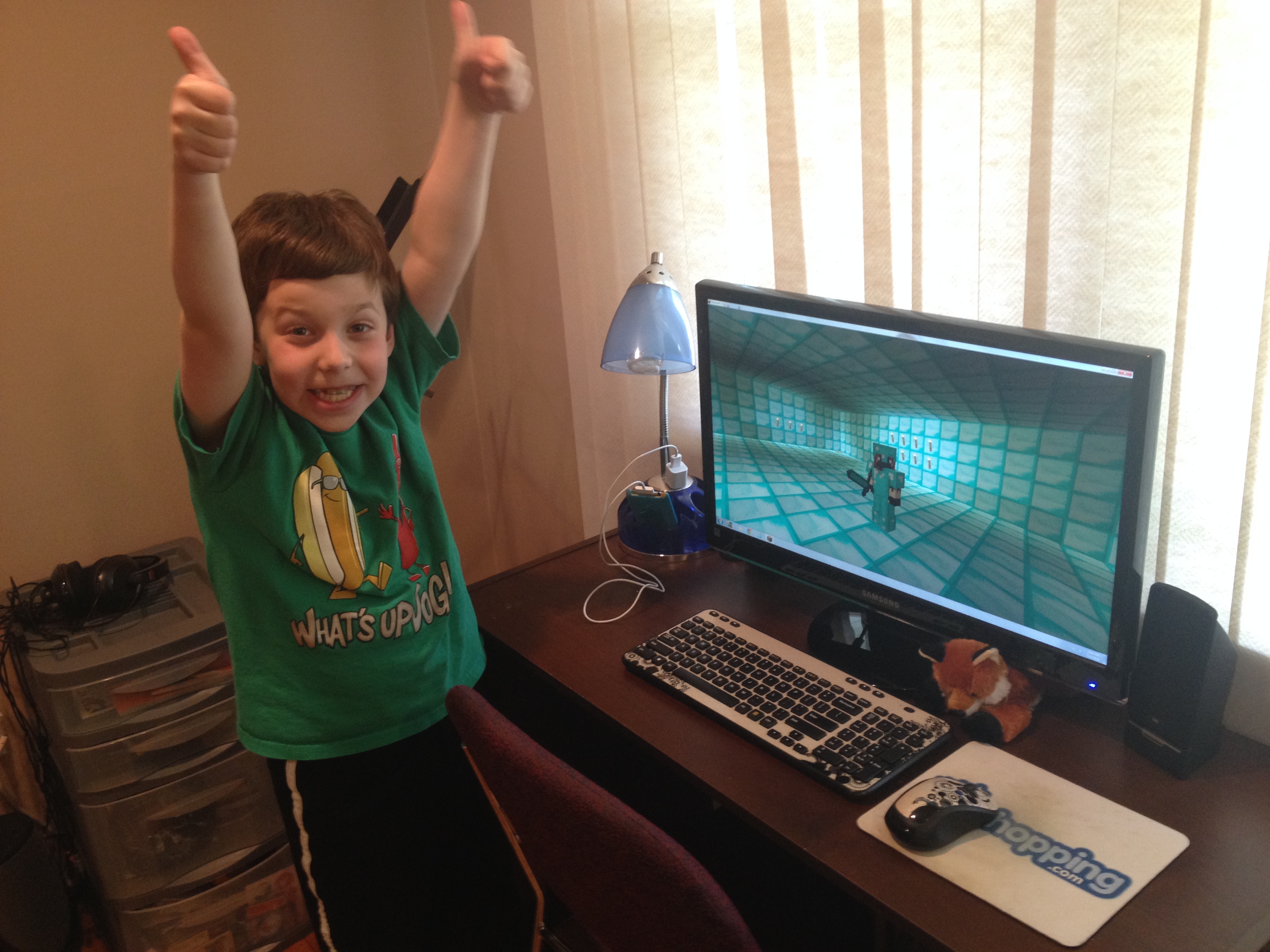 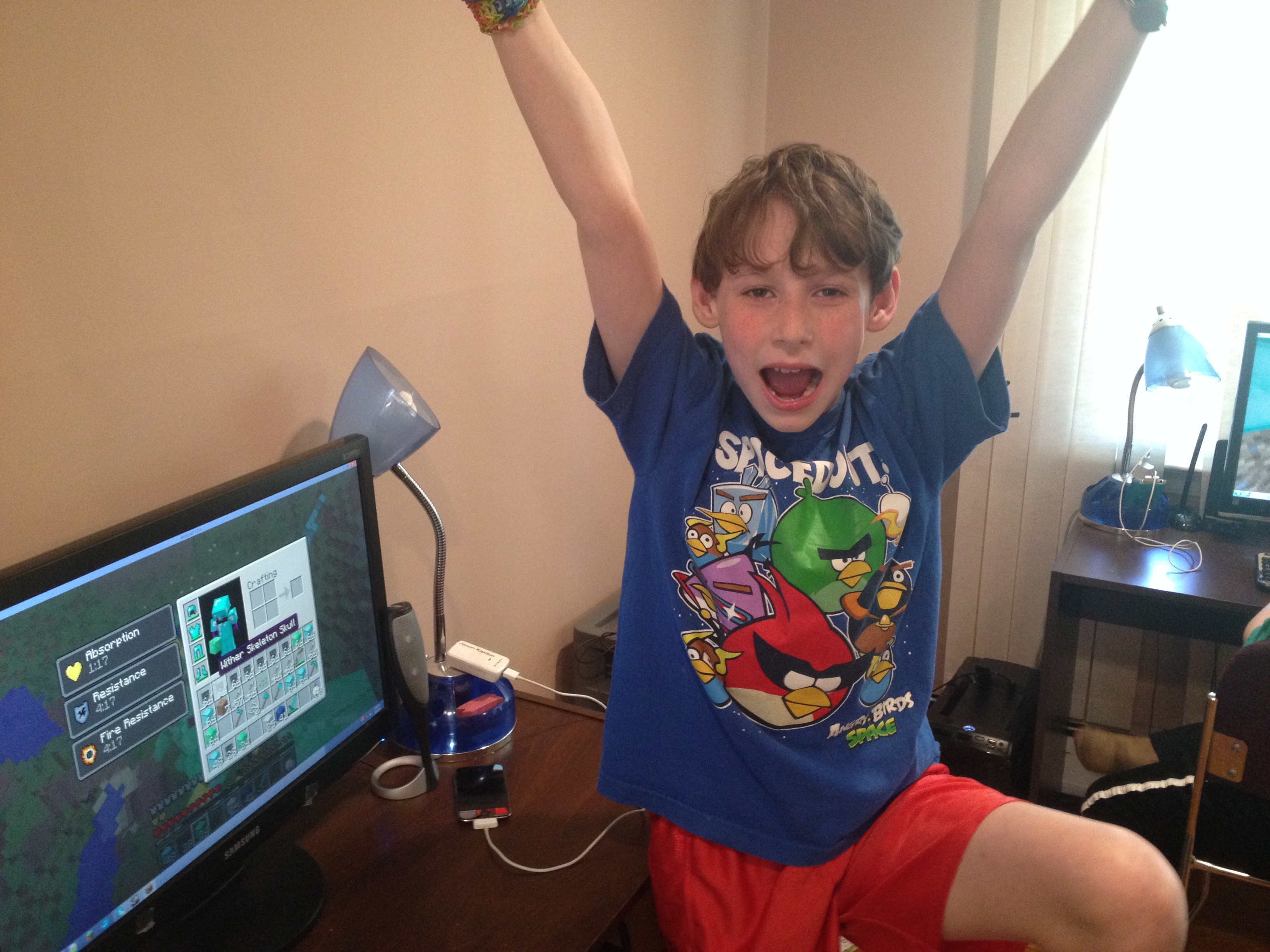 I’m happy because I know their computer is now safe from harm, and with the way these two hop around the Internet, it’s super easy for some malware to sneak into their system. So even if something does get by, I know Webroot’s got our back! And the kids are happy because they can keep playing their games without worrying about any lag or popups interfering with their latest conquest.

Thanks to Webroot’s AntiVirus for Gamers, I can confidently tell the kids to, “Game On!”

Win a copy of AntiVirus for Gamers
(US and Canada)

Giveaway ends on May 26, 2014 at 11:59 p.m. The 1 winner will be chosen at random and announced on this site. Giveaway is open only to legal residents of the fifty (50) United States (including District of Columbia) and Canada, who are at least eighteen (18) years old at the time of entry. The 1 Winner will be notified by email and has 48 hours to respond or a new winner will be chosen.