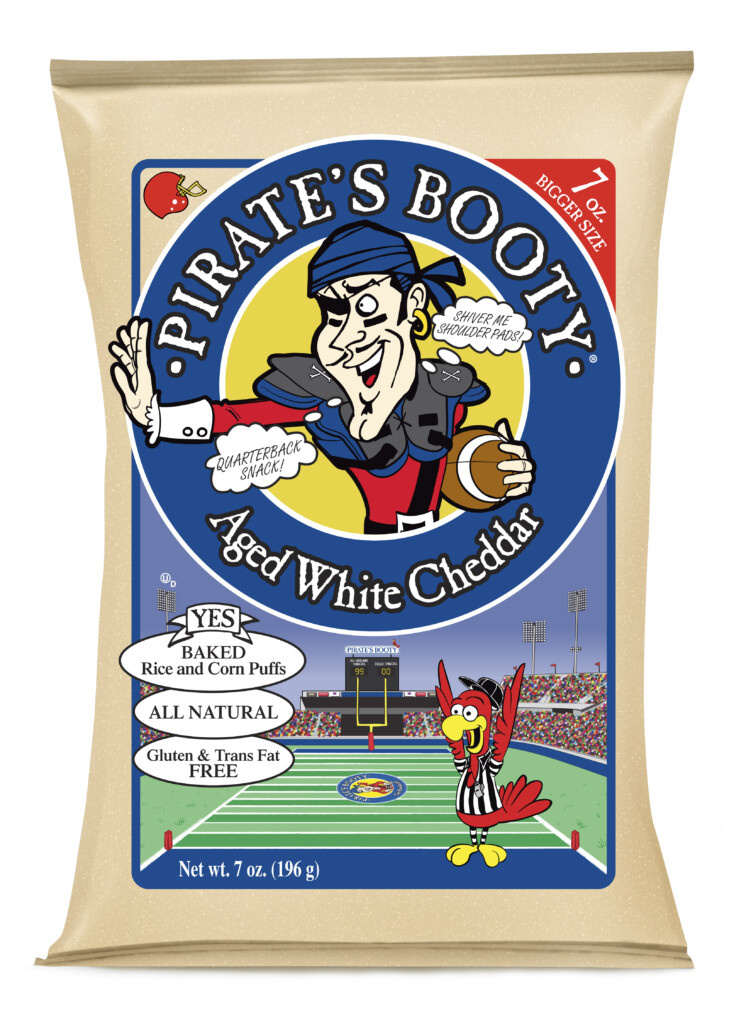 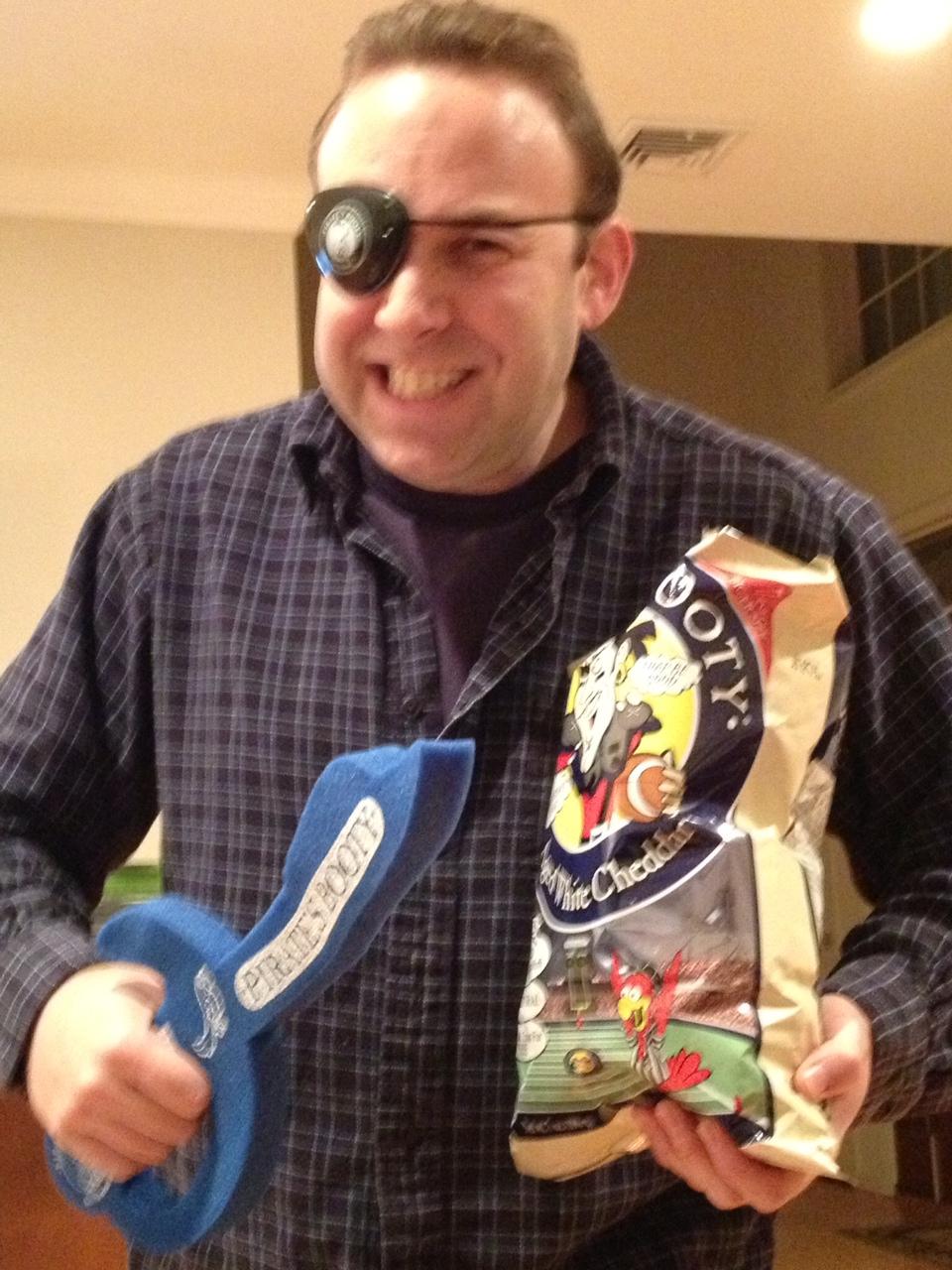 There’ve been a lot of famous pirates. Captain Hook. The Dread Pirate Roberts. Even Patchy the Pirate from SpongeBob SquarePants. But my favoritest pirate of all is the smiling one-eyed pirate on the front of every bag of Pirate’s Booty.

If you’ve never tried Pirate’s Booty – Aged White Cheddar, then you deserve to be walkin’ the plank! This stuff is not only a healthy alternative to oily potato chips. It’s downright deeeeeeeelicious!

So when I had the opportunity to conduct a review and giveaway of Pirate’s Booty’s Aged White Cheddar, no way was this buccaneer saying no.

I received 2 big bags of Aged White Cheddar, along with a treasure trove of Piratey goodness like an eyepatch, foam sword, and even a Pirate’s Booty bag clip!

Needless to say, the second I opened a bag, my two young urchins plundered like mad. Soon that bag of Pirate’s Booty was emptier than Davey Jones’ Locker. Good thing I got two bags! 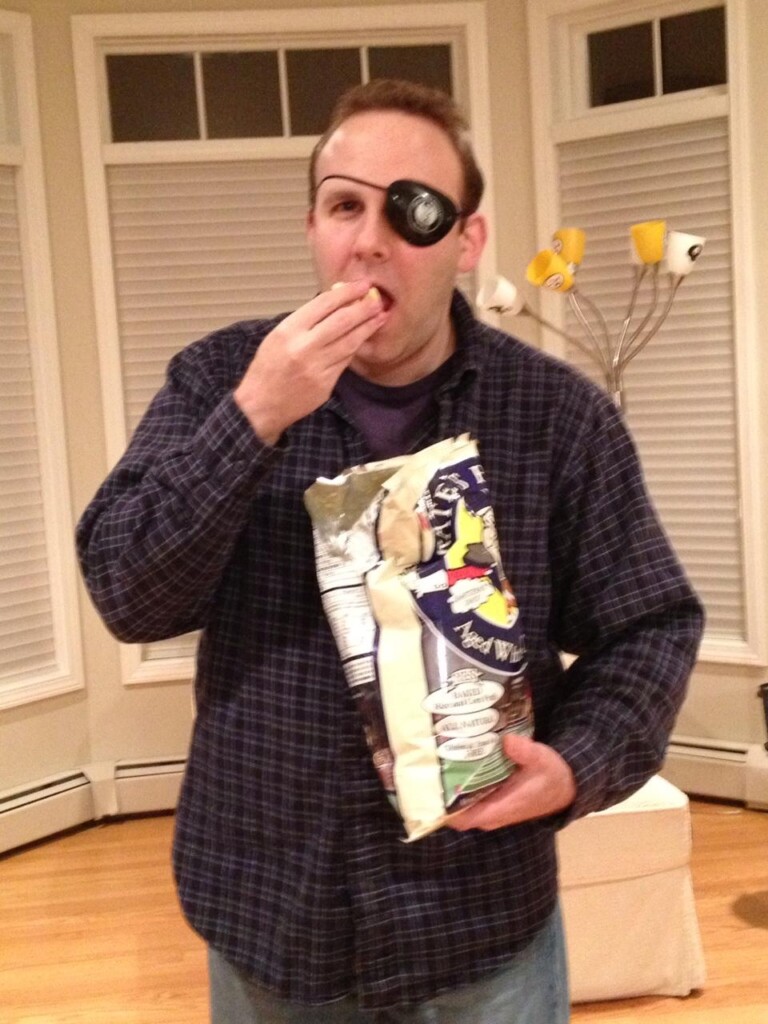 This be one finicky pirate, particularly when it comes to cheese. So how did my gullet rate this snack food? Let’s find out together, shall we? 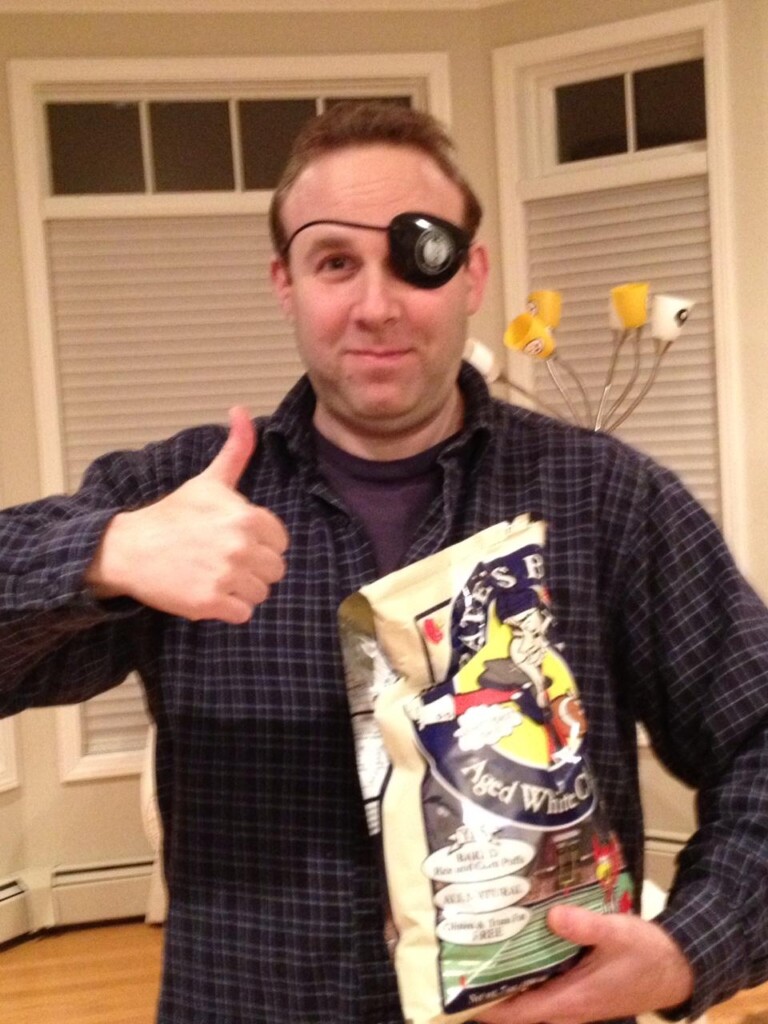 Seriously, this stuff is good. REALLY good. It’s soft, crunchy and mega cheesy. The pieces are fairly small so you can scoop up a whole bunch in a handful to enjoy. If I could, I would buy about 40 bags and fill my bathtub with this stuff. Yes, it’s that good.

Just in time for the Super Bowl next weekend, you can get your grubby mitts on a limited-edition football pirate bag! Here’s what Pirate’s Booty has to say:

One of you lucky readers can win a Pirate’s Booty Treasure Trove complete with 2 bags of Pirate’s Booty – Aged White Cheddar (7 oz. each), along with some fun pirate swag!

Giveaway ends on February 6, 2012 at 11:59 p.m. The winner will be chosen at random and announced on this site. Giveaway is open only to legal residents of the fifty (50) United States (including District of Columbia) who are at least eighteen (18) years old at the time of entry. The Winner will be notified by email and has 48 hours to respond or a new winner will be chosen.