I don’t eat it every day but once or twice a week it’s a nice change-up. So when I was approached to try out the new Smart Ones oatmeal, I figured how could I pass it up?

You’ll find them in the frozen foods aisle and each box includes two packages of oatmeal. 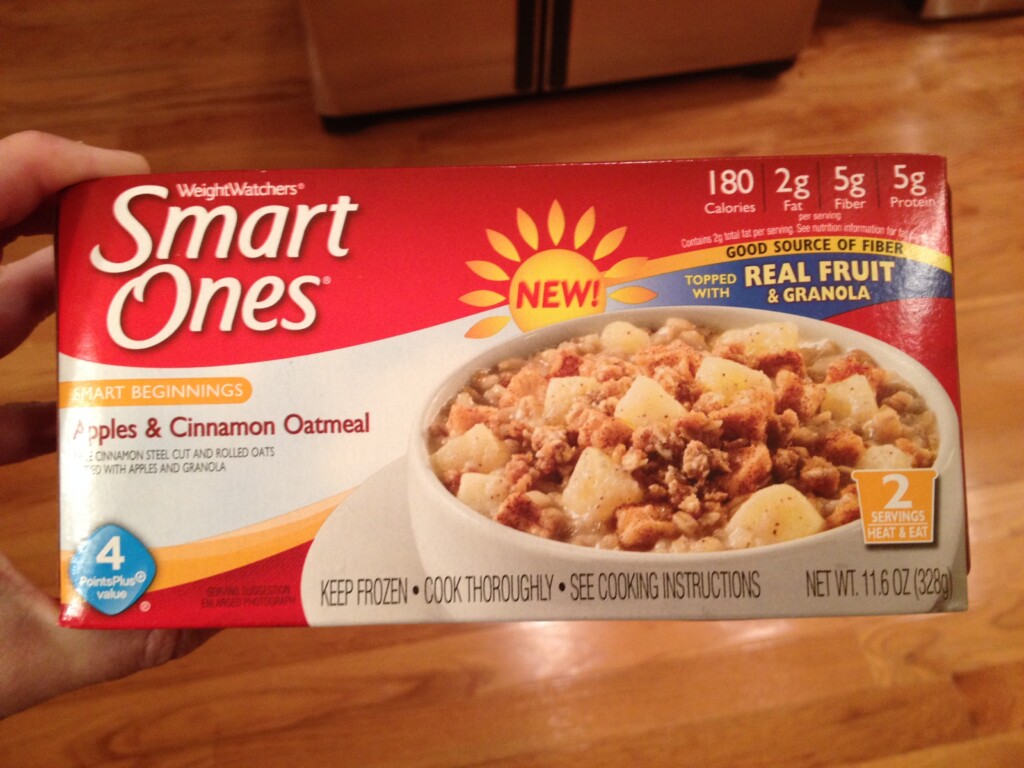 Open the box, remove the wrapper and then just follow the simple directions (microwave, stir, microwave some more, wait for it to cool, then eat). 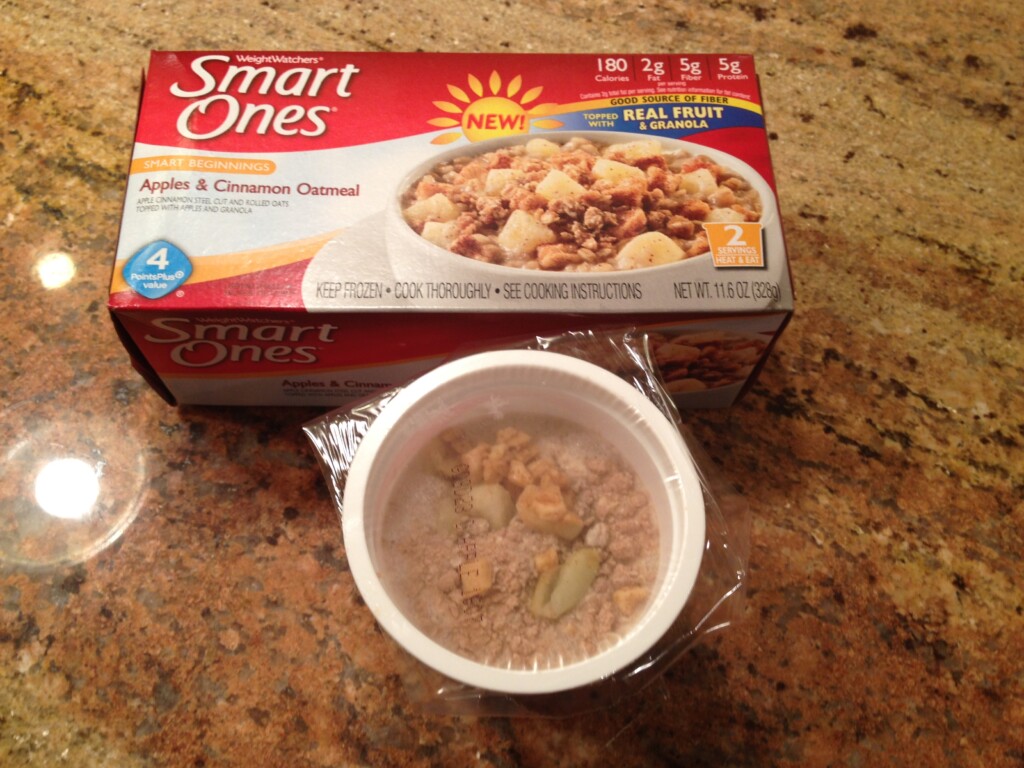 Here’s how it looks when it’s all cooked. The consistency was exactly like any other oatmeal and while I normally don’t eat apple and cinnamon oatmeal, I have to admit, it tasted great. I was a bit skeptical at the serving size, though. The container looks fairly small, so I thought I’d be starving.

It certainly didn’t fill me up so much that I thought I’d burst, but it was more filling than I imagined. I didn’t eat anything else that morning for breakfast and just had my usual late morning snack. (Banana and protein bar.) 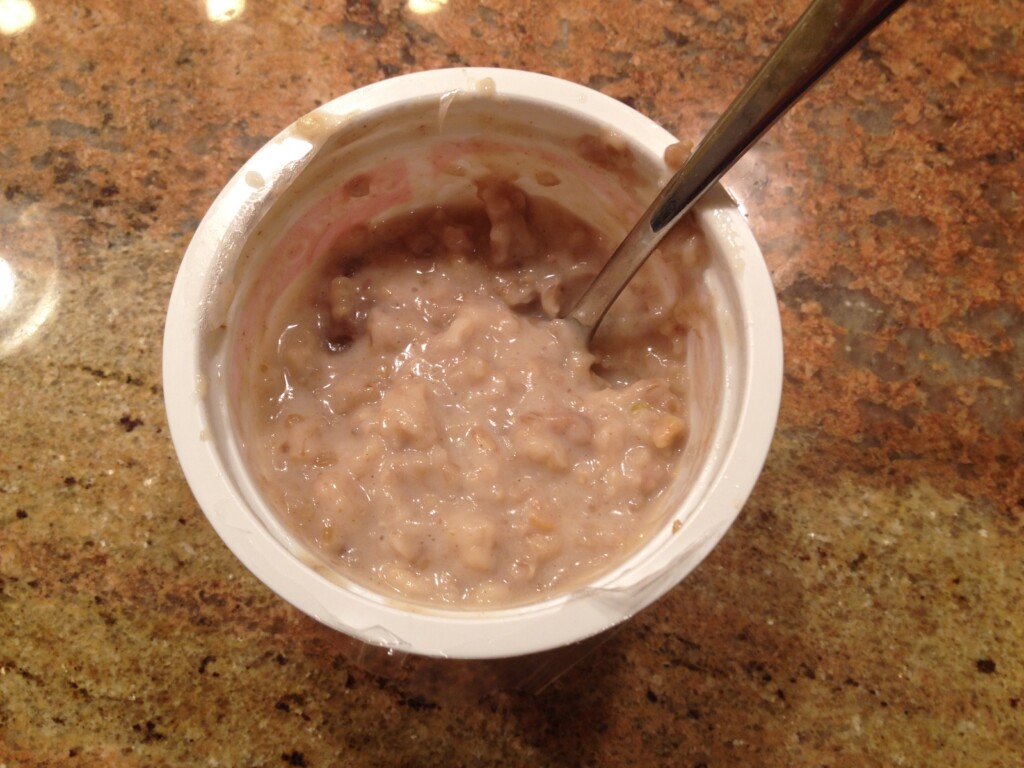 I don’t know how much more convenient the container is over my instant oatmeal packets that I just need to add boiling water too, but it isn’t less convenient. It’s definitely a nice change from any standard routine of dried cereal.

Plus, I look so much skinnier already, don’t I? 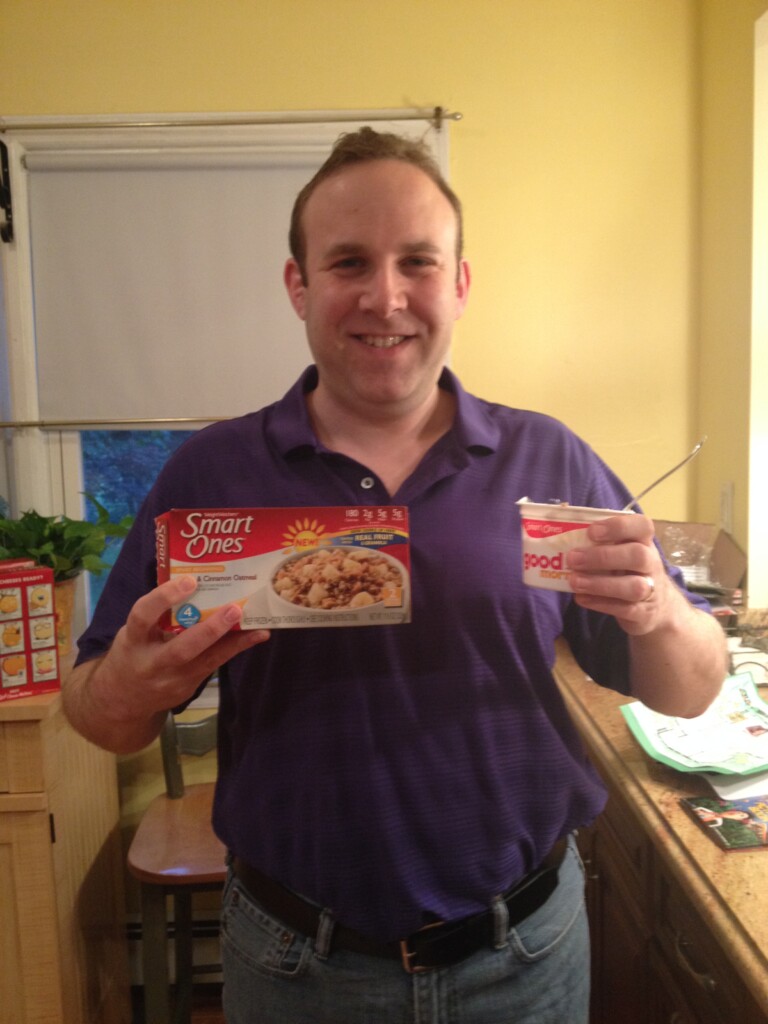 Smart Ones Oatmeal is available in three varieties:

Looking to try out Weight Watchers’ Smart Ones Oatmeal yourself? Swing by your local supermarket and look for them in the frozen food aisle. But you can also enter my giveaway below to win 3 Free Smart Ones coupons!

(Each coupon valid for one free Smart Ones item) 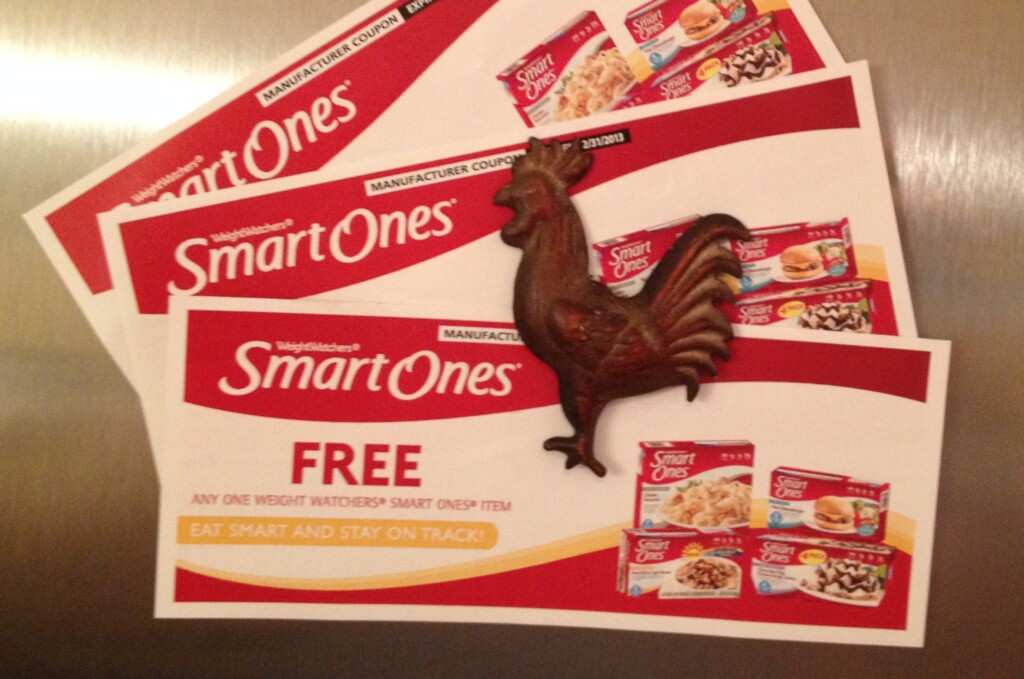 Giveaway ends on October 13, 2013 at 11:59 p.m. One (1) winner will be chosen at random and announced on this site. Giveaway is open only to legal residents of the Contiguous United States (including District of Columbia), who are at least eighteen (18) years old at the time of entry. Winner will be notified by email and have 48 hours to respond or a new winner will be chosen. Void where prohibited by law.