In exchange for writing this caffeine-filled post, I have been compensated. All views, opinions and really bad jokes are solely my own and were in no way influenced by the sponsor.

Zombies. They’re everywhere these days. Heck, if you’re unlucky enough to be hanging out in my kitchen any weekday morning around 6 a.m., you’re likely to find one. And he’ll look an awful lot like me.

Thankfully, you don’t need a shotgun, baseball bat or machete to get rid of this zombie. Nope, just a simple cup of coffee will do the trick.

I’m a big fan of my Keurig coffee maker. And zombies too. It’s funny, I never ever really cared about them until a few years ago. I’m not really into horror movies at all. Never really watched any of those Dawn of the Dead movies. Never played Resident Evil. They just didn’t do anything for me. 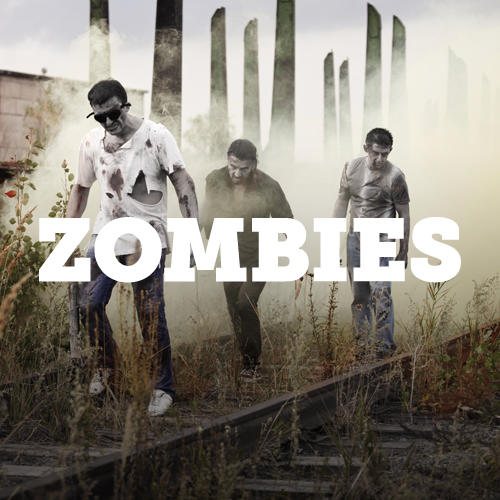 And then I read World War Z by Max Brooks. Besides being the son of Mel Brooks (what the?), he’s also one damn talented writer. That one book completely turned me around on zombies. I suddenly couldn’t get enough of ’em.

As a long-time comic book fan, at least four or five different friends of mine had continually tried to get me to read Robert Kirkman’s The Walking Dead series. After WWZ, I finally relented and dove in. I borrowed about seven or eight comic collections of the series from my friend Brian and devoured them in a night or two. I was hooked.

Then came the TV series on AMC and I got my wife hooked.

Yes, zombies are now A-OK in my book. And that’s why they got my vote in Peet’s Coffee’s Do You Give A Cup vote. The site offers regular Joes like you and me a chance to vote on something fun every week, asking if you GIVE A CUP or not.

Recently, the survey’s asked if you Give a Cup About Zombies or not? If enough people voted “Yes” then the Peet’s Coffee truck would make its way to the Classic Cinemas in Ogden Plaza in Chicago to dole out free cups of coffee to all the dead and undead in attendance. Kind of a neat way to plan a road trip, don’t you think? Next up is hot dogs! (Kinda gross coming right after zombies, though…)

The Peet’s Coffee truck will be driving cross country, giving out free samples of their life-nurturing beverage. check out the full schedule to see where they could end up next if the votes are positive enough. I’m pumped that the end of July could see them making it to Yankee Stadium! The Bronx Bombers could certainly use a shot of caffeine.

Every week, Peet’s Coffee will change up the ‘Do you give a cup?” question, as well as their next destination. Join in on the fun and have your cup counted!

Use the widget below to enter 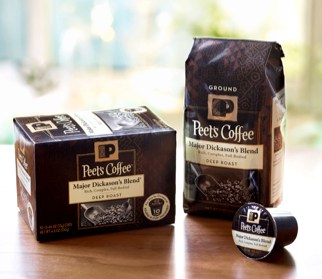 Image and value provided by our partner, Peet’s

Giveaway ends on July 14, 2013 at 11:59 p.m. The winner will be chosen at random and announced on this site. Giveaway is open only to legal residents of the United States (including District of Columbia), who are at least eighteen (18) years old at the time of entry. The winner will be notified by email and has 48 hours to respond or a new winner will be chosen. Prize includes a 10-pack of Peet’s Single Cups & a $25 Peet’s Gift Card (for use in-store or online).