I’m a coffee drinker. As in coffee. Not some crazy frappamoltencino with extra whipped cream type of drinker. That’s dessert. Coffee is for waking up.

In the summer, though, it’s hot. And I just can’t bring myself to drink hot coffee when it’s hot outside. So on my way to work every day, I stop at one of the zillion coffee places in Manhattan and grab myself a large iced coffee with skim milk and Splenda. (Gotta watch my girlish figure, y’know.)

But then I heard about Brew Over Ice. They’re special K-Cups you can stick in your Keurig and brew yourself a cup (not a glass!) of iced coffee or even tea. I just hadda try this out so I agreed to review their product. 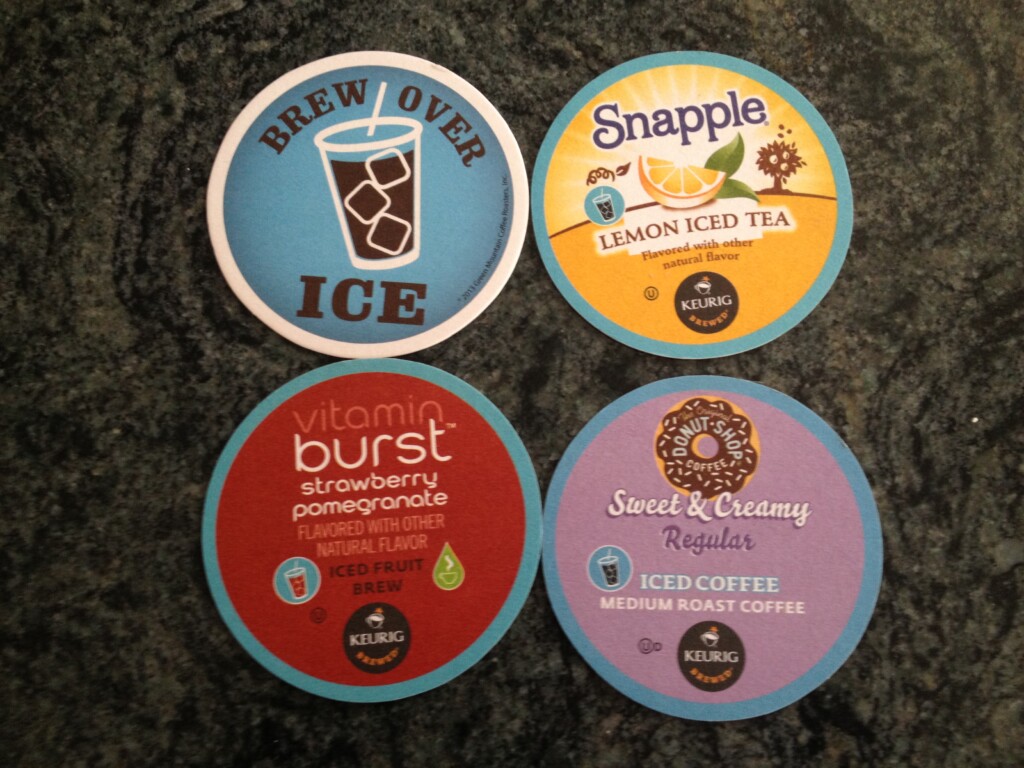 Just fill a cup (I used the Brew Over Ice tumbler they sent me) with ice, stick the K-Cup in your Keurig and let ‘er rip. I tried the Snapple Peach Iced Tea first. 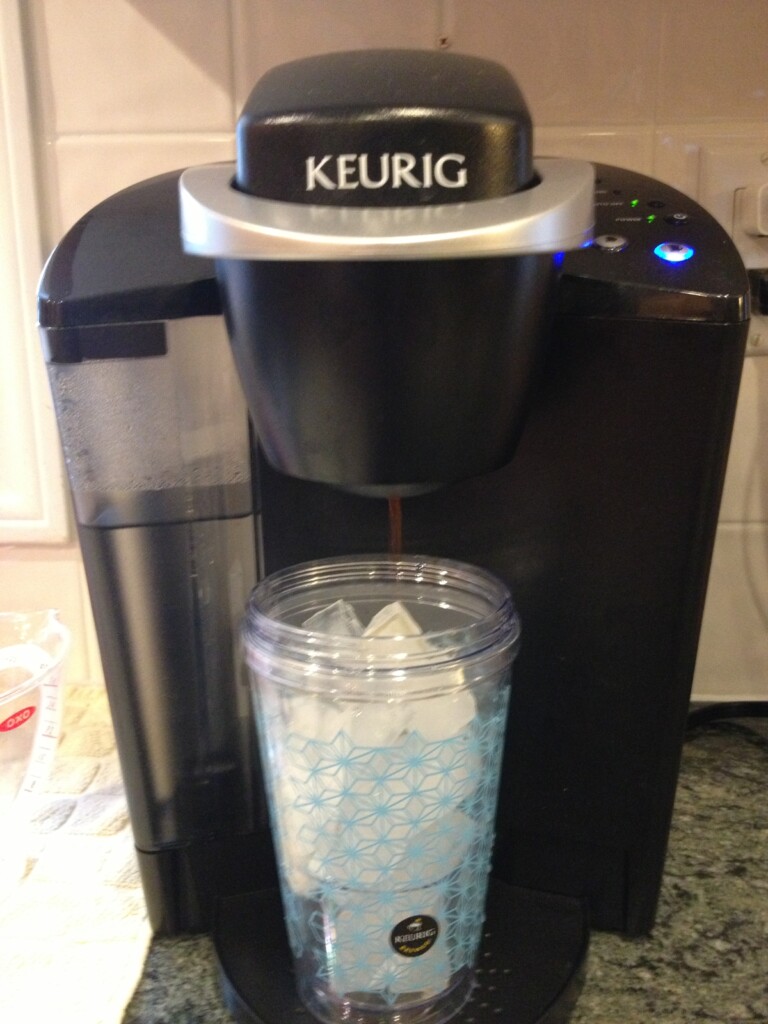 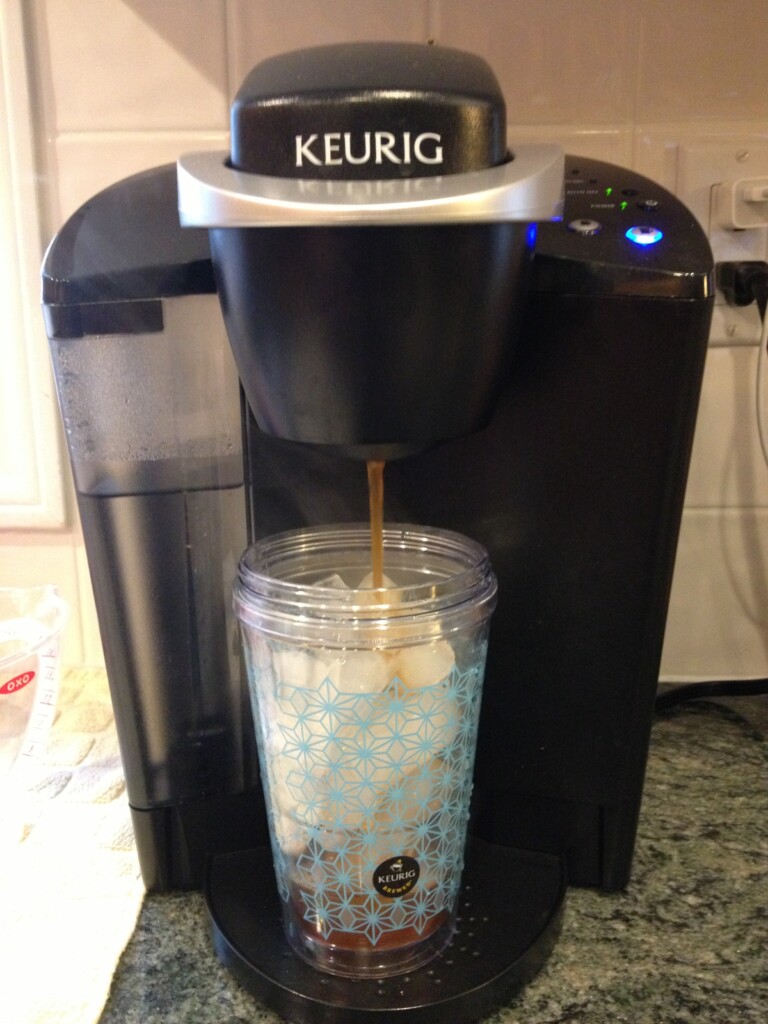 Just made it without overflowing! 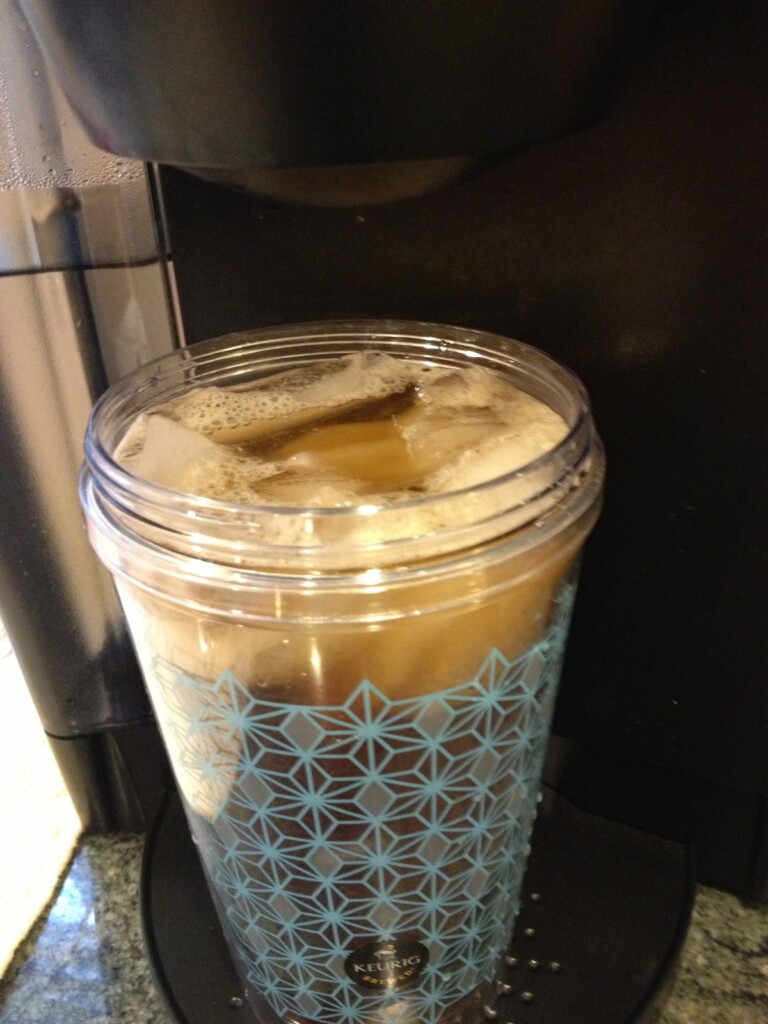 So how’d it taste? 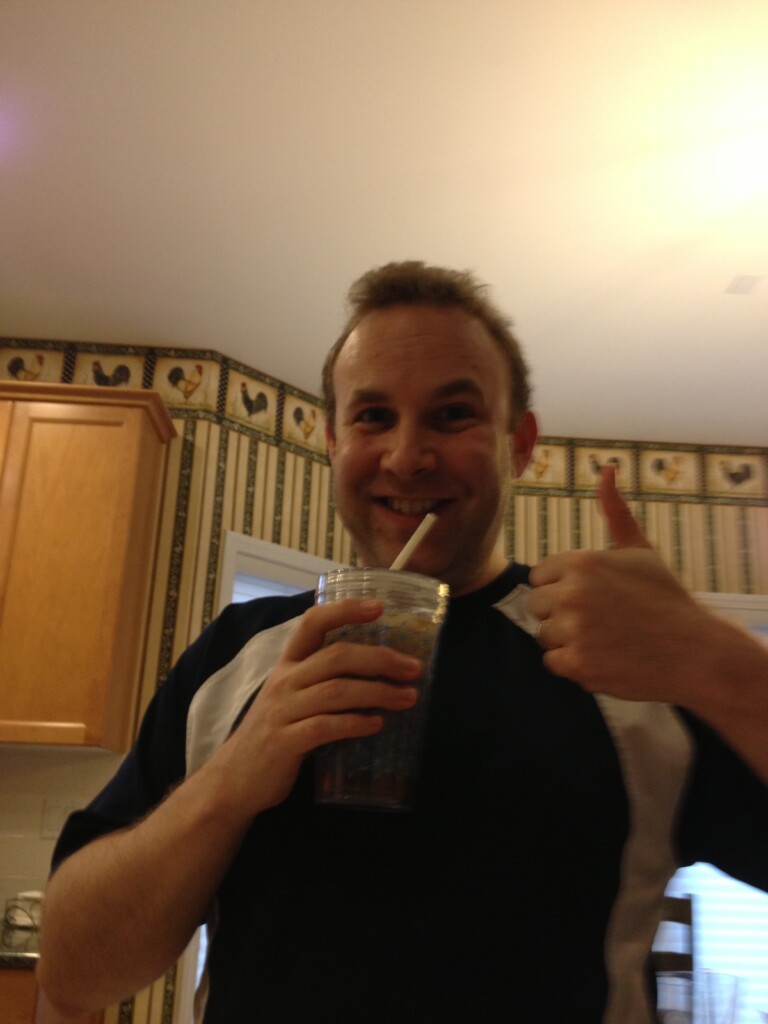 I love Snapple Iced Tea normally (especially Peach!), and this tasted pretty darn close, I’ll have to admit. My only comment/complaint is that after brewing over ice, the liquid was cool but not cold. I had to spill out a little bit and add in a few more ice cubes. Then it was real cold. I might try using one of those frosty mugs next time to see if that really does the trick.

I then tried the Donut Shop Coffee Sweet & Creamy Iced Coffee.  Once again, I put in the perfect amount of ice as the brew filled the cup just to the top. 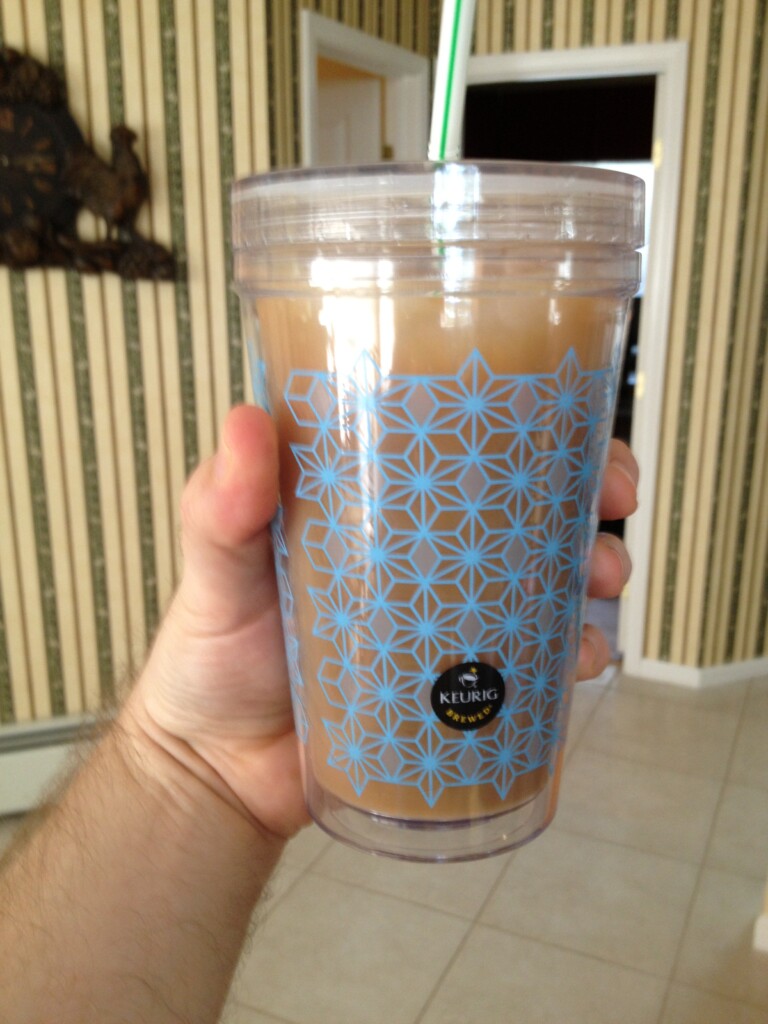 The many faces of the iced coffee drinker… 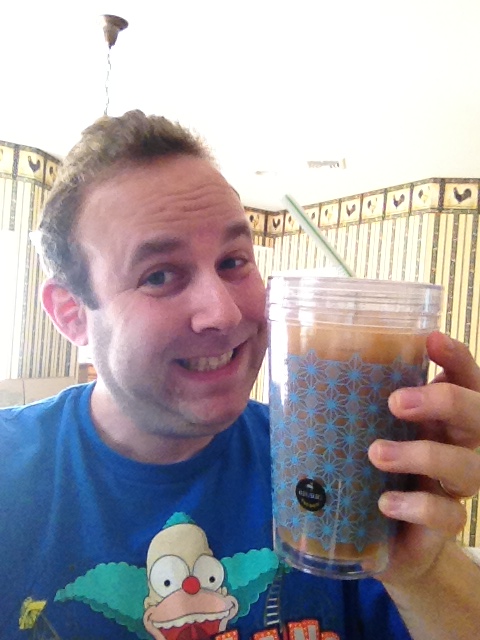 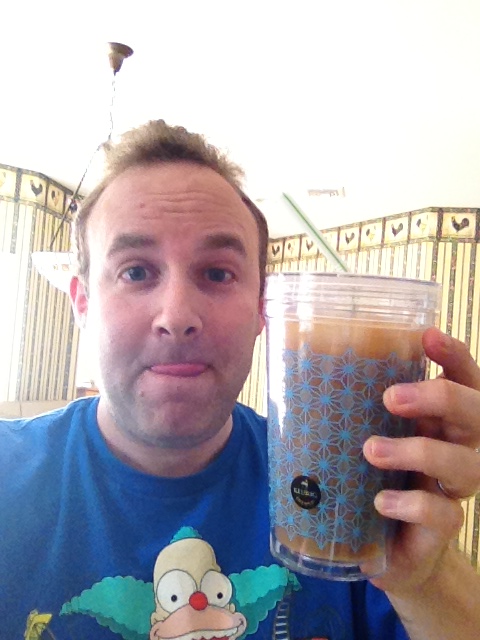 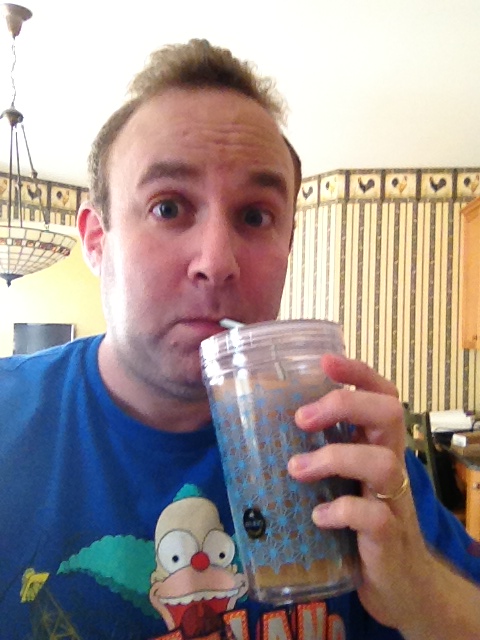 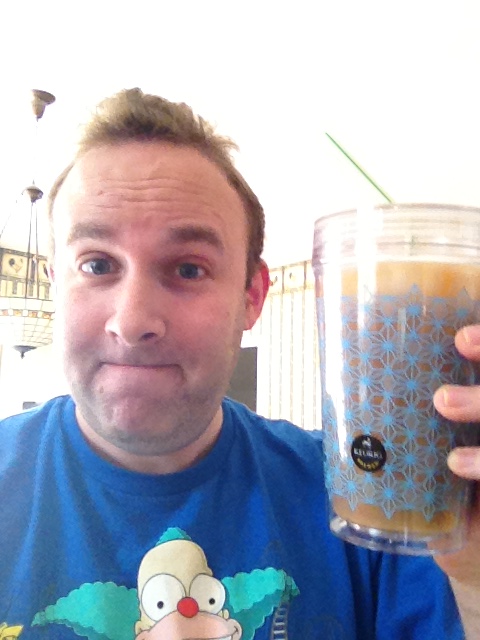 Seriously? Yeah, seriously. After adding in some additional ice cubes… this was SOOOOO GOOOOD! It really did taste super creamy. In fact, I didn’t even add any milk this time. Donut Shop Coffee has quickly climbed to the top of my K-Cup ladder! 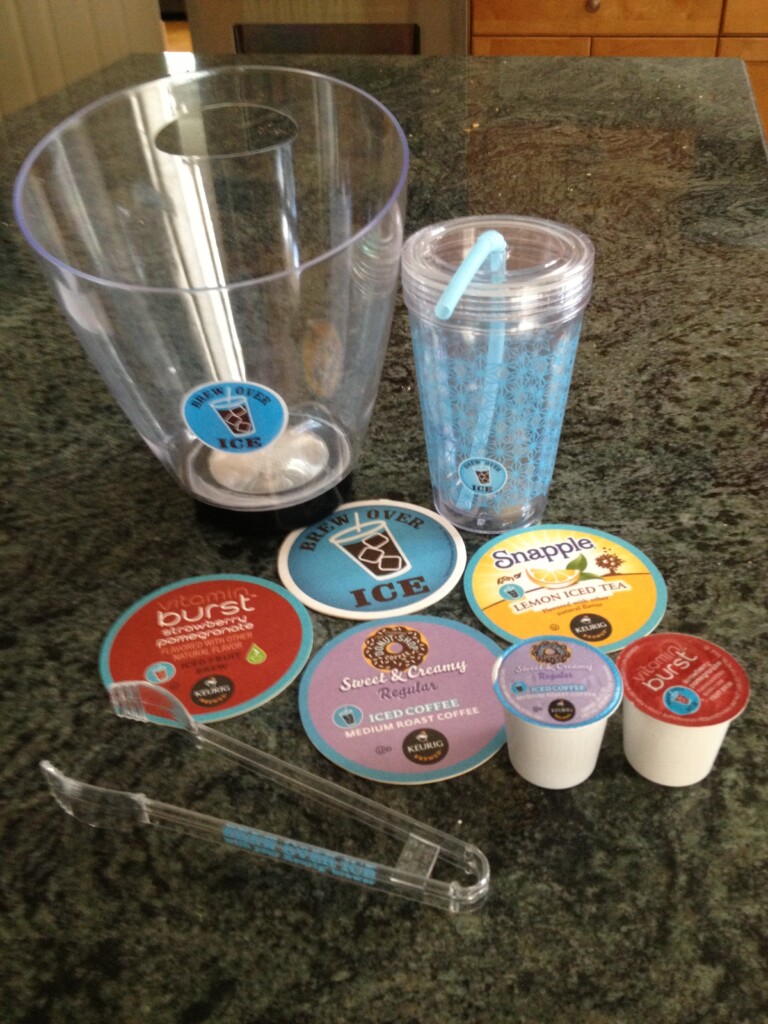 Giveaway ends on September 8, 2013 at 11:59 p.m. One (1) winner will be chosen at random and announced on this site. Giveaway is open only to legal residents of the Contiguous United States (including District of Columbia), who are at least eighteen (18) years old at the time of entry. Winner will be notified by email and has 48 hours to respond or a new winner will be chosen. Void where prohibited by law.