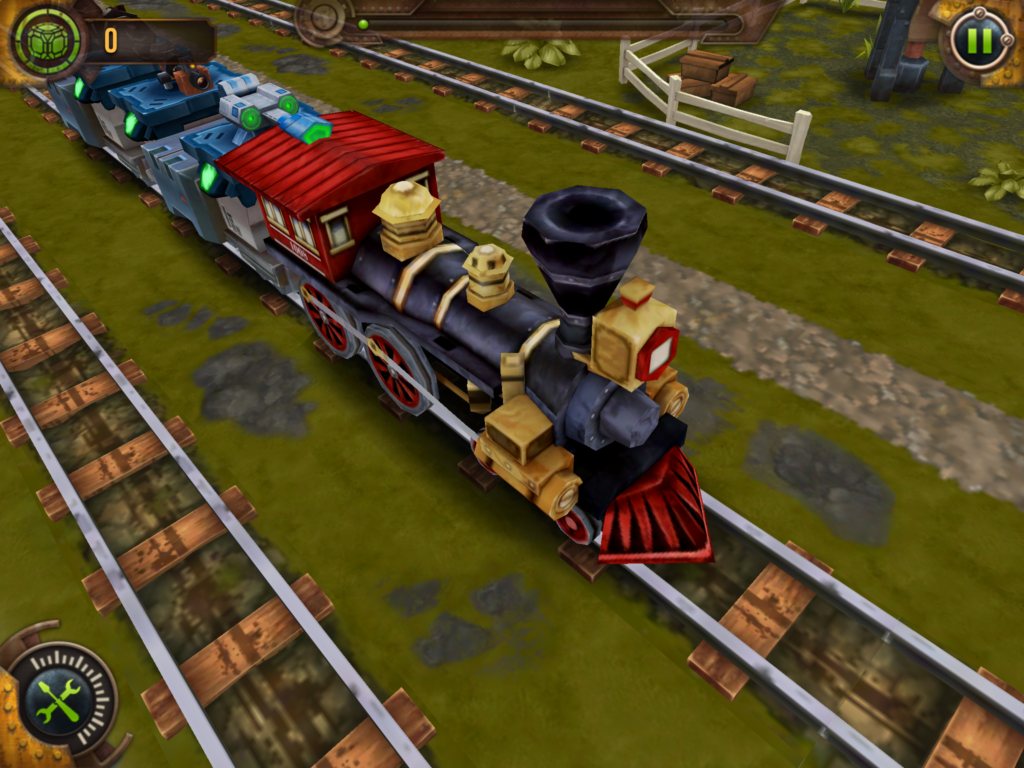 I didn’t really know my grandfather too much. He passed away when I was pretty young. But based on photos and lots of stories, I’d say Grandpa Abe was one heckuva guy.

Pretty much my only memory of him is a real minor one. I have a real vivid image in my head of me as a kid sitting in their NYC apartment. I was in one of the bedrooms on the floor playing with one of those old classic model train sets. You know the kind. Klunky plastic tracks. Super heavy trains. One big honkin’ power supply.

I just remember sitting on the floor and playing with it as Grandpa Abe looked on with a big smile on his face. It’s odd, though, the snapshot in my mind only shows him from the waist down. He just always seemed so much larger than life to me that I just recall him watching over me as this giant pair of legs. Which is pretty funny, because just like the rest of my family, he was far from tall.

I have no idea what brand of trains it was, but there’s a good chance it was a Lionel Trains set. They’ve apparently been around for 113 years now. And for good reason. They rock!

Despite being long in the tooth, Lionel Trains is anything if not modernized. I was recently asked to check out their new iPad app Lionel Battle Train. (Free in the Apple App store!) To be honest, I said yes but really wasn’t that excited to check it out. I figured it’d be some cute choo choo app that made me feel like I was Thomas the Tank Engine or something. So I put it off for a little while.

And then I finally installed the app this weekend. And tried it. And… well… wow. I’m mad at myself for not installing it first!

From the instant the game starts with a rockin’ heavy soundtrack, you just know this isn’t a preschool affair. To sum it up, it’s actually a customizable, upgradable locomotive shooter! As someone who grew up on Spy Hunter (look it up, kids), this game is just full of win!

Your train moves by itself by you control when it switches tracks to avoid obstacles and crush enemies. Yes, enemies. These robotic machines are following you on the track and actually shooting at you! You earn coins for completing missions, and use those coins to customize and upgrade your train! Buy more weapons. Add on another boxcar. Beef up your engine. there are just a ton of possibilities here. And for a free app, it’s seriously an impressive display.

What’s neat is that the virtual trains in the game, correspond to physical train sets you can buy. I don’t have enough coins yet, but you can see in the screenshot above, that I can work my way up to a Santa Fe engine! It’s a great tie-in to the entire Lionel Train brand.

I showed Lionel Battle Train to Jason and Ryan and not only did they catch on to the gameplay super quickly, but they loved it as much as I did. There’s gonna be a lot of fighting going on in the next few days. And not just between trains…

The Storyline according to Lionel Trains:Lionel Battle Train is set in a land that’s confronted by an evil villain, Dr. DeRaille. The objective is to deliver precious cargo to people across three regions: the prairie, desert and mountains. Each mission becomes increasingly difficult, and requires players to arm their trains with more advanced weaponry as Dr. DeRaille dispatches bigger enemy RoboCars preventing the player from delivering the cargo. In the context of the game, people across the three regions have depended on the Lionel Delivery Company for 100 years – and it is the player’s charge to ensure that the train accomplishes each mission.

The super nice folks over at Lionel not only make a killer iPad app, but they’re incredibly generous too! They’re offering up a physical Lionel Train set to one of my lucky readers! You can win a Santa Fe Super Chief Passenger Set ($439.99 value), just like the one featured in Lionel Battle Train by entering the giveaway below!

If you’re looking for more Lionel Sweepstakes, you can enter the Lionel Trains Polar Express Sweepstakes over on their Facebook page! One winner is chosen each month for October through December!

Giveaway ends on November 2, 2013 at 11:59 p.m. The 1 winner will be chosen at random and announced on this site. Giveaway is open only to legal residents of the fifty (50) United States (including District of Columbia), who are at least eighteen (18) years old at the time of entry. The 1 Winner will be notified by email and has 48 hours to respond or a new winner will be chosen.