What time is it?

If you haven’t watched this kooky Cartoon Network cartoon, you don’t know what you’ve been missing. Heck, I’ve watched a ton of episodes and I still don’t know exactly what I’m watching. I just know it’s bizarre, crazy and pretty darn hilarious.

The show stars Jake the shape-changing dog and his best bud in the whole world Finn. The two are constantly going on insane adventures that remind me of crazy dreams I’ve had after eating too much pepperoni pizza late at night. My favorite character, though, is the snarky Ice King who cowers in pain when his beard is punched.

There’s the  good vampire teenager Marceline. The beautiful Princess BubbleGum. The delicious-looking Candy Kingdom. Unicorns. And just about anything you can imagine, and plenty that you can’t.

So imagine how insane a video game based on the popular cartoon would be! D3Publisher’s Adventure Time: Hey Ice King! Why’d you steal our garbage? may be the oddest title for a video game. But that”s pretty much in line with the show I guess.

The action-adventure game features some basic role-playing elements, as the Ice King steals Jake and Finn’s trash to create a Garbage Princess. So the two best buddies must head out to teach the evil wizard a lesson. Written by show creator Pendleton Ward, you’ll fight your way through the Land of Ooo as Finn and Jake. Take on baddies like Knife Bunnies, Hammer Turtles, Sign Monsters, Fruit Witches, Ice Bulls, and more insanity! 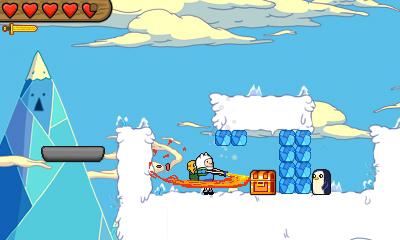 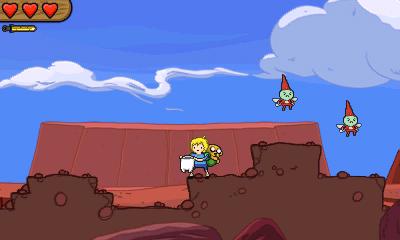 What time is it now?

Win a copy of Adventure Time for the Nintendo DS!

Use the rafflecopter widget below to enter!

Giveaway ends on January 15, 2013 at 11:59 p.m. The winner will be chosen at random and announced on this site. Giveaway is open only to legal residents of the fifty (50) United States (including District of Columbia) who are at least eighteen (18) years old at the time of entry. The Winner will be notified by email and has 48 hours to respond or a new winner will be chosen.