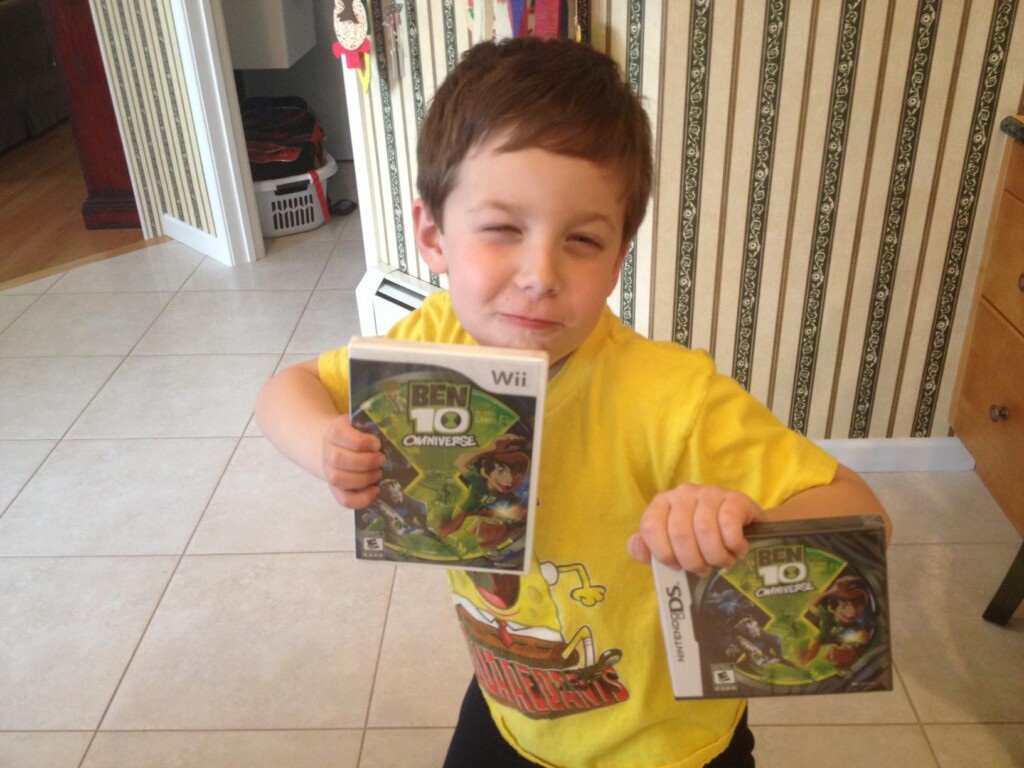 We used to watch Ben 10 on the Cartoon Network all the time. Jason was always into it, especially the different characters you can become. Ryan kind of liked it but I think he was always a little scared. To be honest, Allie and I probably loved it the best.

Over time, Jason lost interest (or rather, 20 other things stole his attention) and we stopped watching the cartoon regularly. The kids still have loads of the toys, and there are Ben 10 stickers all over their walls. We haven’t played any of the Ben 10 video games, but when I was approached to do a giveaway of the new Ben 10 Omniverse video games, how could I refuse?

Ben 10 Omniverse is based on the all-new Cartoon Network TV series that spans two time periods between Young and Teen Ben Tennyson. He also has a new hero sidekick named Rook. The new game lets you play either as Young or Teen Ben, and you can switch into 13 different playable alien heroes. That was always the coolest part of the series. Play either in single-player mode or along with a friend via two-player co-op mode.

Win Ben 10 Omniverse for the Wii or DS

Use the giveaway widget below to enter.
Leaving a comment on this post does not enter you.

Giveaway ends on December 15, 2012 at 11:59 p.m. The winner will be chosen at random and announced on this site. Giveaway is open only to legal residents of the fifty (50) United States (including District of Columbia) who are at least eighteen (18) years old at the time of entry. The Winner will be notified by email and has 48 hours to respond or a new winner will be chosen.