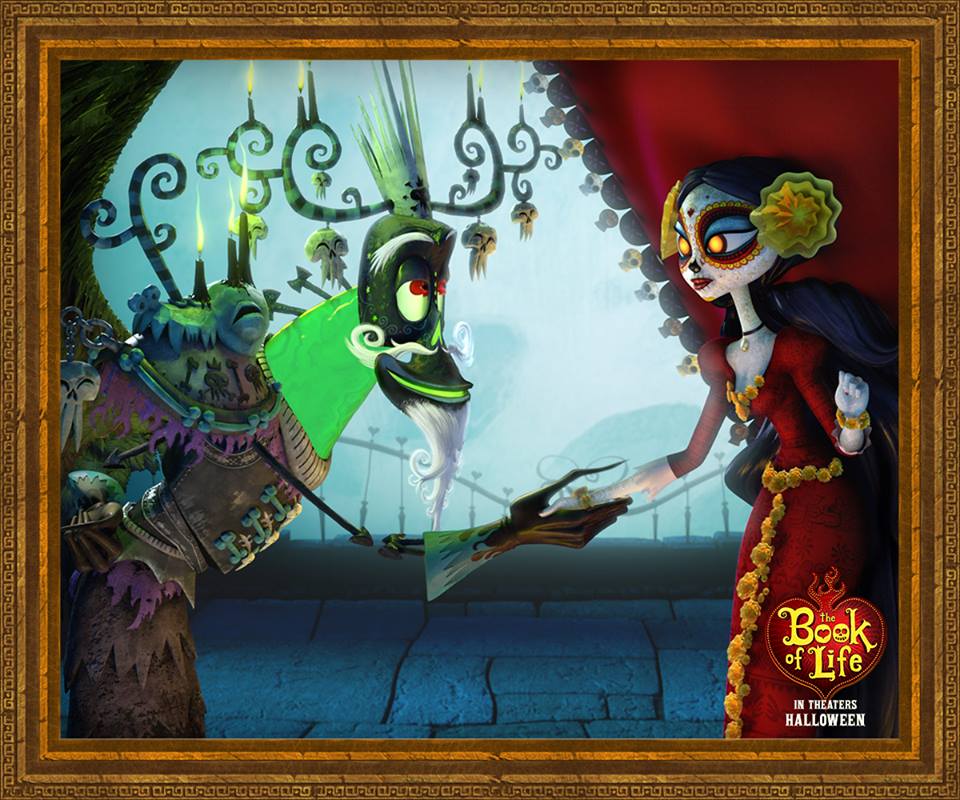 The greatest gift anyone can give someone is life. Now sure, I’m a guy, so I’ll never be able to physically give birth to someone. But at least I can host a Book of Life Giveaway on my blog! That’s almost as good, right?

If you’re not familiar with this fantastic film, it’s a gorgeously animated, brilliantly colorful love story that spans this world and the next! It’s jam-packed with humor, adventure and tons of great tunes.

THE BOOK OF LIFE is a breathtaking animated comedy with a dazzling visual style unlike anything you’ve seen before. Torn between the expectations of his family and the desires of his heart, a young man named Manolo sets off on an epic quest that spans three spectacular worlds in order to reunite with his one true love and defend his village. Not your ordinary fairy tale, THE BOOK OF LIFE is a wondrous fantasy-adventure filled with magic, music and fun!

THE BOOK OF LIFE Blu-ray™ brings culture and comedy into your home with unforgettable special features for parents and kids alike. Continue the fun with an all-new bonus short “The Adventures of Chuy”, highlighting the film’s lovable scene-stealing pet pig. Additionally, relive the musical hits from the film with the “Music Machine” featuring Latin-inspired versions of popular songs by Mumford & Sons, Radiohead, Elvis Presley, Rod Stewart and more!

FOX’s The Book of Life comes out on Blu-ray/DVD on January 27, 2015. I can’t wait to get my review copy and enjoy this one for a second time! And third! In the meantime, I’m giving you a chance to win a copy of your own! (Also, don’t forget to snag your free Book of Life coloring pages and activity sheets!)

Win The Book of Life
Blu-ray/DVD 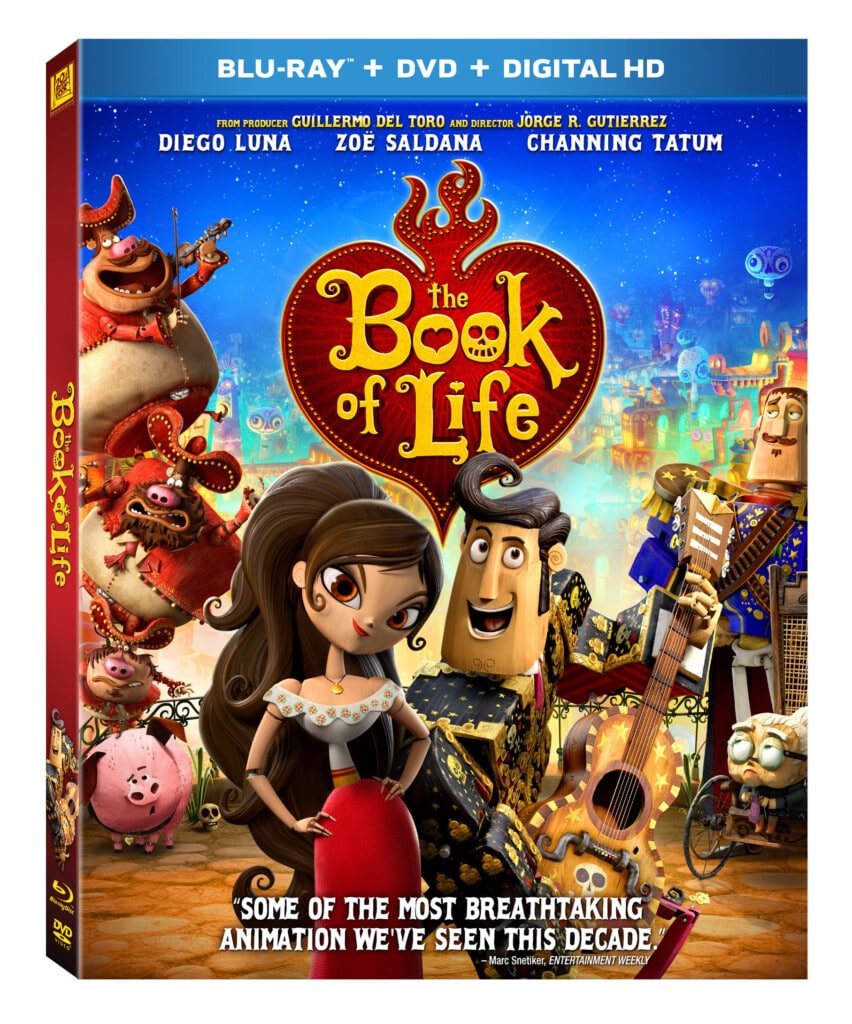 Giveaway ends on January 19, 2015 11:59 p.m. The 1 winner will be chosen at random and announced on this site. Giveaway is open only to legal residents of the fifty (50) United States (including District of Columbia) and Canada, who are at least eighteen (18) years old at the time of entry. The 1 Winner will be notified by email and have 48 hours to respond or a new winner will be chosen.