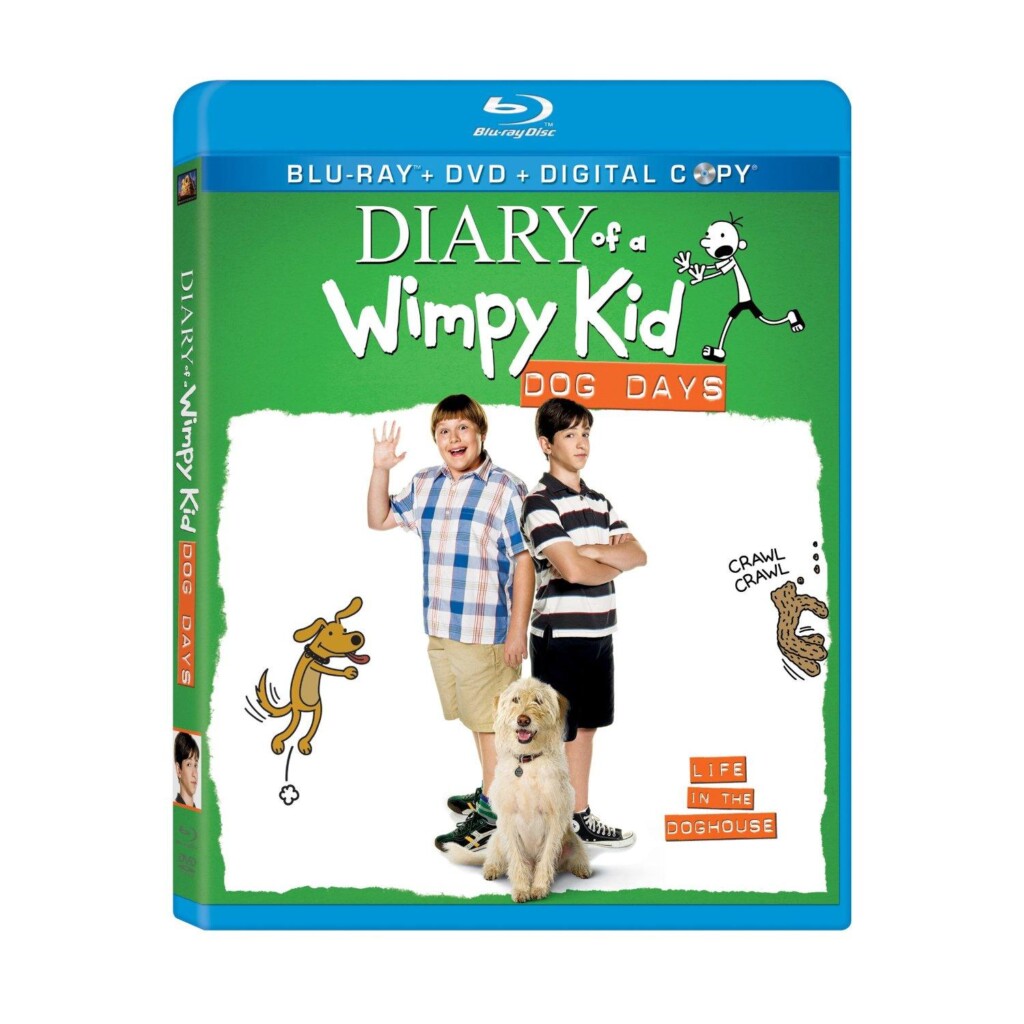 I can’t explain it but I’m all of a sudden a huge fan of the Diary of a Wimpy Kid movies. While I’ve never read the actual books, my kids have shared countless passages and cartoons with me and I admit, they’re pretty darn funny.

We recently watched the second movie, Rodrick Rules, and I enjoyed it pretty much. Just a fun, all-around film about a regular dorky kid in middle school. This weekend, however, we watched the next movie in the series: Diary of a Wimpy Kid: Dog Days. I’m now officially hooked.

This time around, we see wimpy kid Greg Heffley hoping to spend his entire summer vacation cooped up indoors as he plays video game after video game, without seeing a splash of sunlight. Yeah, I think I can relate to that personally from experience, as well as from my kids these days. Unfortunately for Greg, his dad has different plans for him, mainly threatening to send him to military academy if he doesn’t shape up!

I totally loved this movie, as did my kids. There’s just something so incredibly likable about the actors and the stories. There’s nothing heavy handed in these films. They never talk down to kids at all. And yet, they’re legitimately funny and entertaining for both kids and adults alike. That’s a pretty tough thing to do with kid movies let me tell you! (Anyone remember the live-action Yogi Bear movie?)

It’s hard for me to explain but I feel like every Wimpy Kid movie is more of a great TV series. These aren’t huge blockbuster films packed with tons of action. Nor are they big dramas with one main giant dilemma that needs to be solved. It’s just a series of hysterical anecdotes that are strung together into one cohesive film. I would absolutely love to see this a weekly TV series, that’s how invested I am in the Heffley family.

In Dog Days, we get to see Greg go on vacation to the shore with his portly pal Rowley’s family, which is a site to behold. There’s the new Heffley dog Sweetie who guarantees plenty of laughs. And there’s the entire Country Club experience that sees Greg dig himself into a deeper and deeper hole, all while trying to impress and spend time with his huge crush Holly.

And yes, there’s at least one great “nut shot” in the film too. Kids movies are always good for one of those and this doesn’t fail to deliver either. Not to mention some potentially embarrassing skinny dipping.

At the heart though there is a great lesson too, in this case the bond between a father and son who seem to have nothing in common. I give two huge wimpy thumbs up to Dog Days and can’t wait for the next film in this great series.

Diary of a Wimpy Kid: Dog Days is on sale now and rated PG.

Use the giveaway widget below to enter

Giveaway ends on January 3, 2013 at 11:59 p.m. The winner will be chosen at random and announced on this site. Giveaway is open only to legal residents of the fifty (50) United States (including District of Columbia) who are at least eighteen (18) years old at the time of entry. The Winner will be notified by email and has 48 hours to respond or a new winner will be chosen.