In exchange for writing this magical post, the company has provided product samples for review and for use in a giveaway. No other compensation was given. All views, opinions and typos are solely my own and were in no way influenced by the sponsor. 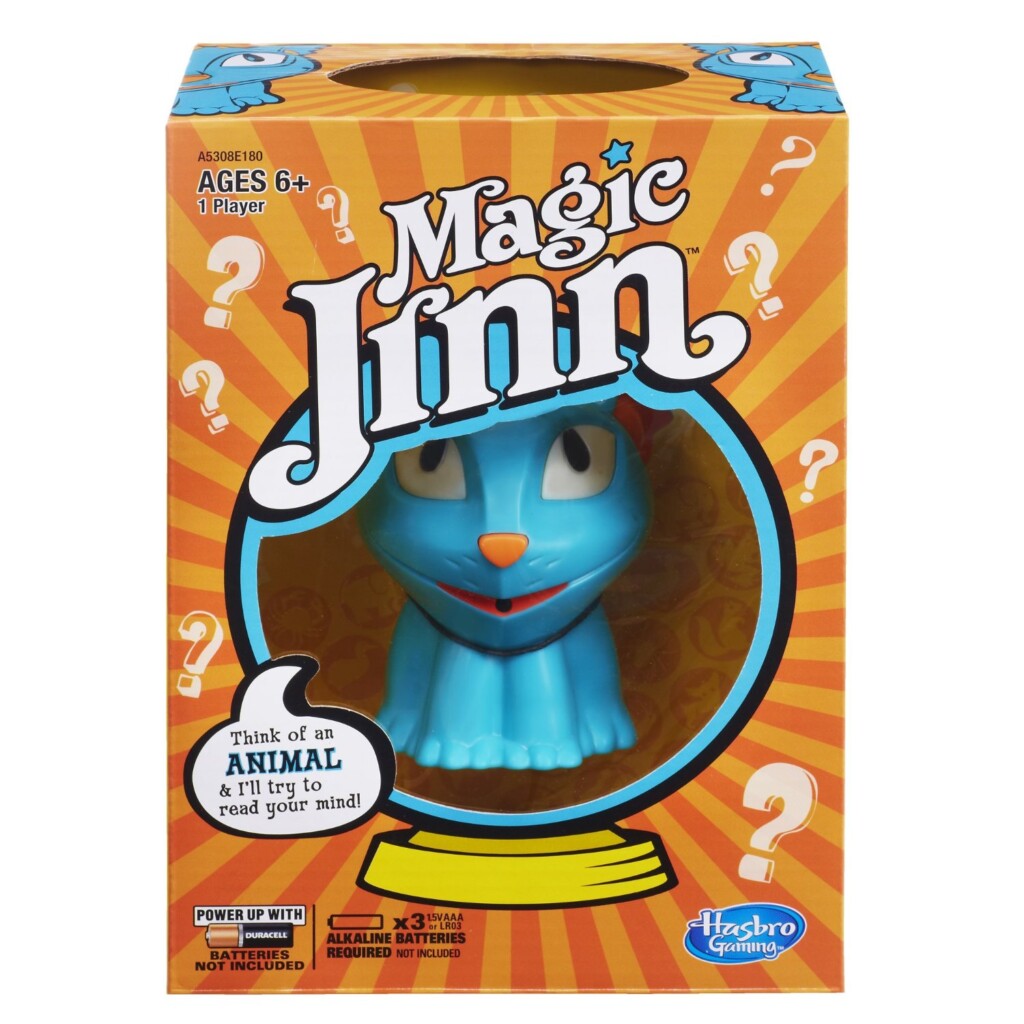 Growing up in the ’80s (and some of the ’70s), I fondly remember that mysterious Magic 8 Ball. You ask it a question, shake the ball and a small cube floating in some eerie blue liquid would rotate until it stopped, giving you an answer to your question.

Did I believe in the mystical and magical properties? Not a chance. No more than I would a Ouija board. But regardless, it’s just fun to pretend. So I was excited to try out Hasbro’s newest game, Magic Jinn. They sent me a copy for review and when it arrived, I could almost feel its presence!

Suitable for ages 6 and older, Magic Jinn comes in a carnival-like box that reminds me of one of those fortune telling genies you see at fairs or like the on from the movie Big! Don’t worry, I’m not going to make any crazy wishes I regret later!

Unlike other fortune teller toys, Magic Jinn wants to talk with you and read your mind. The cute little guy (who looks kind of like a cute blue Pokemon to me) wants to basically play “20 Questions” with you. The version I received featured the category “Animals,” but a “Food and Drink” category is also available.

To start, you just press the little guys widdle nose and he’ll start talking. Think of an animal and then just answer any of his questions honestly. I picked a platypus and after about 15 or so questions, the little bugger actually guessed it right!

He has this mysterious accent too that totally elicits a genie-type attitude. It’s a really cute game and I can see young kids love this thing. Jason was unimpressed when he realized it’s using some sort of process of elimination. I figured my 10-year-old might not take to it to well. But Ryan’s only 8, and he likes these kinds of things way better.

Except. Apparently I was wrong. I think he did like it somewhat, but just like Jason, he was really hung up on the whole magic part of things.

Someone’s apparently been reading way too much Harry Potter lately. A good rule of thumb for your kids is that if something needs batteries, it’s probably not magic! (Oh yeah, Magic Jinn requires 3 AAA batteries to run.)

Even though my kids didn’t go crazy for this little guy, I kind of liked him myself and have played a number of times. I think it’d be a great gift for younger kids around 5 to 8 years old. It’s certainly something unique and I definitely applaud Hasbro for it.

I love how the actual Jinn is pretty small too, roughly the height of a cell phone. So you can easily just keep him on your desk and let co-workers ask about him before pressing his nose. Interactive ice breaker!

Can the mystical Magic Jinn read your mind? Talk to it and find out! Think of an animal and press his nose, and he’ll guess the rest! Can you outsmart him and win? There’s only one way to find out!
Ages 6 and up. For 1 player. Approximate Retail Price: $19.99 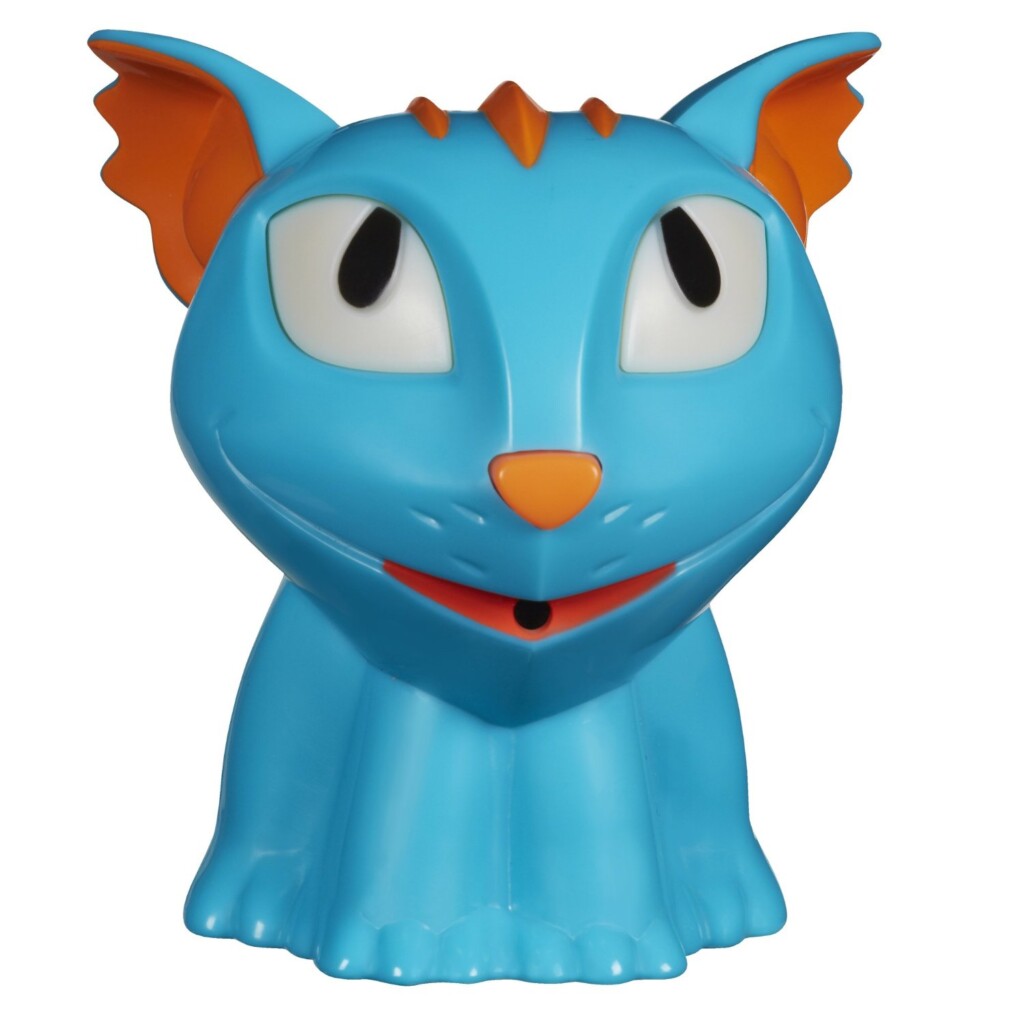