It’s no secret that I’m not the biggest Superman fan. Sure I loved watching the Super-Friends as a kid and for some reason collected almost every issue of DC Comics Presents (which was a totally ludicrous Superman Team-Up book).

I always thought Supes was just too big, too powerful and most of all… too boring. 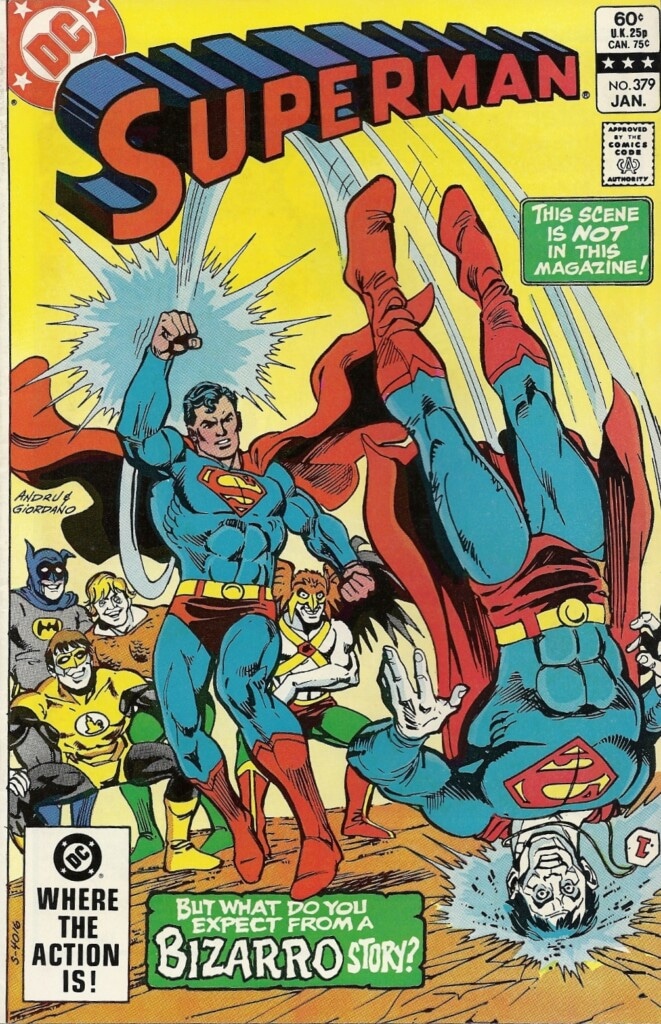 There was one exception, though. I loved, loved, loooooved any Superman story that had Bizarro in it. Maybe it was because Bizarro was such a ridiculously odd character you couldn’t help but love him. Or could be that he made the Man of Steel look like a complete doofus every chance he got.

And when the entire Justice League got Bizarro versions, oh man did I go crazy.

Batman has joined the newly formed Justice League in order to keep tabs on Superman, a mistrust that is complicated by Superman’s clumsy – but well-meaning – clone, Bizarro. Bizarro’s creation of the Bizarro League has caused confusion amongst the world’s greatest Super Heroes, but an even greater and mysterious threat may force the Justice League and Bizarro League to band together to defeat evil.

I’m hoping to get a review copy soon, but in the meantime, you can win one yourself! But before we get to that, you have to try out the Bizarro Name Generator! Just enter your name to reveal your Bizarro alter-ego! Don’t like it? No worries. Just hit the refresh button to try again!

You can even download your own LEGO Justice League digital trading cards by clicking the image below:

Not Good Luck To You!


Have you entered my other giveaways yet?

Giveaway ends on February 27, 2015 11:59 p.m. The 1 winner will be chosen at random and announced on this site. Giveaway is open only to legal residents of the fifty (50) United States (including District of Columbia), who are at least eighteen (18) years old at the time of entry. The 1 Winner will be notified by email and have 48 hours to respond or a new winner will be chosen.