When I was a kid, I remember watching the Million Dollar Man on TV. Loved that show. Well, apparently inflation’s been working overtime because nowadays all you’ll get for a million bucks is an arm. Just an arm.

I kid. I kid. I’m of course talking about Disney’s uber-popular movie Million Dollar Arm featuring that lovable mad man himself Jon Hamm. Hamm stars as a sports agent at the end of his rope, trying to land the next big thing. When his search takes him out of the country and over seas, things get just a little bit interesting.

From the studio that brought you Remember the Titans and Miracle, presents an inspirational true story of self-discovery, second chances, and personal triumph in the face of adversity. Set against America’s favorite pastime, follow sports agent JB Bernstein as he searches for the next major league pitching star and learns valuable life lessons about teamwork, commitment and what it means to be a family.

I took Allie and the boys to see this when it was in theaters and was actually surprised at how much I enjoyed it. I’m a sucker for just about any sports movie but this one went way beyond your typical baseball film. It really is a fish out of water type of tale (in more ways than one), and full of loads of wonderful life lessons. Jason and Ryan enjoyed it too, getting excited at the key moments and laughing at the numerous light-hearted ones. 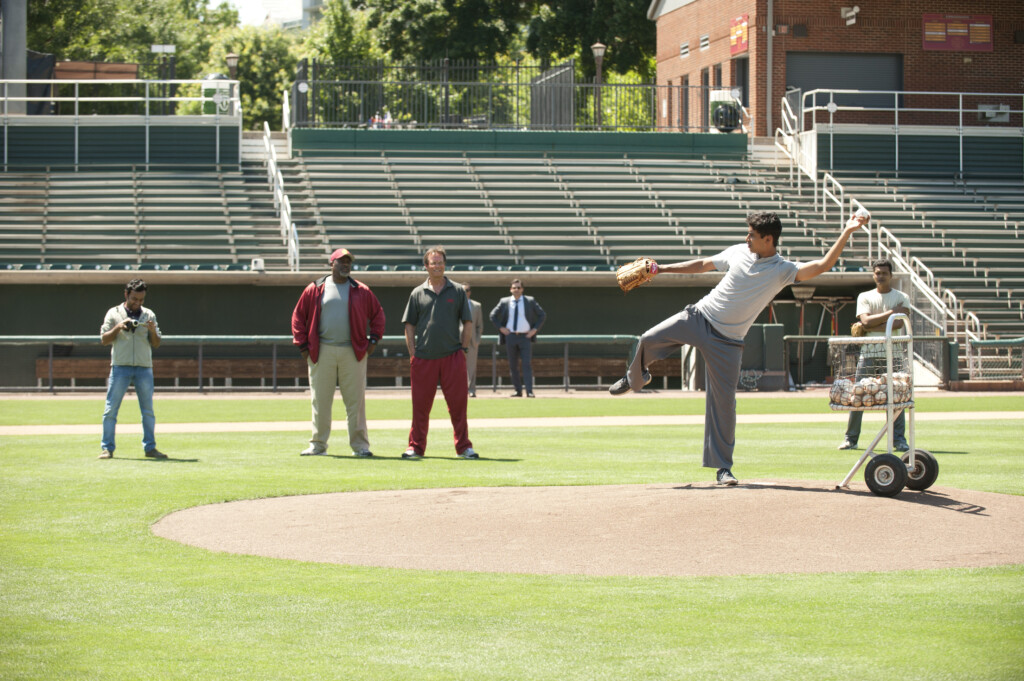 Allie of course was in tears by the end, as I could’ve predicted. No worries, I’m not spoiling anything for you at all. She cries on cue practically with most movies either at how incredibly sad something is or how amazingly wonderful and beautiful something turns out to be in the end. So if she’s crying, it means she was moved to tears. Literally.

Anyways, Disney’s Million Dollar Arm is making its way to store shelves this Tuesday, October 7! And because Disney also just loves making dreams come true, they’re giving a copy of the Blu-ray/DVD combo to three of my lucky readers! I’d say that’s pretty much a home run, wouldn’t you?

Giveaway ends on October 20, 2014 at 11:59 p.m. The 3 winners will be chosen at random and announced on this site. Giveaway is open only to legal residents of the fifty (50) United States (including District of Columbia), who are at least eighteen (18) years old at the time of entry. Winners will be notified by email and has 48 hours to respond or a new winner will be chosen.