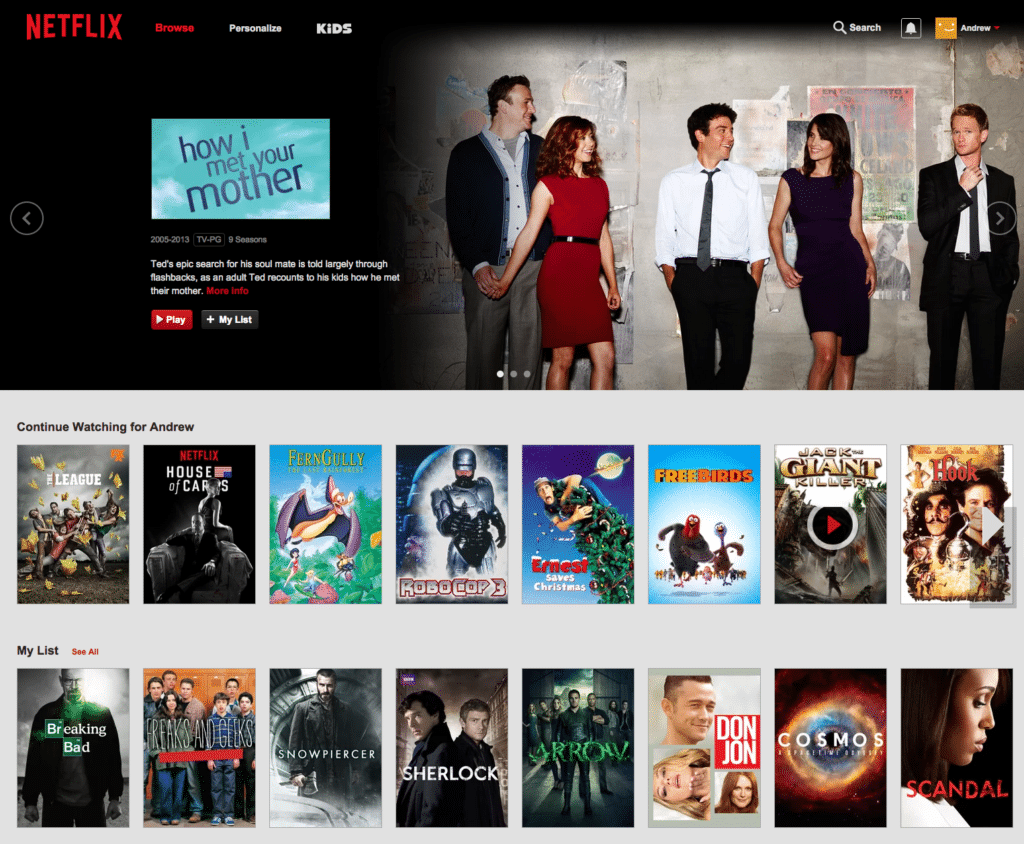 I’m a big fan of Netflix. My wife and I watch way more TV on it than we do with our regular cable. She’s addicted to How I Met Your Mother and I’m laughing my butt off with every episode of The League.

There’s also plenty of great shows we watch together from Doctor Who to Orange is the New Black. Good stuff all around. So when I became a member of the Netflix #StreamTeam, I was really pumped to be part of a great company that I really do love. I’ve had a blast so far in 2014 writing monthly Netflix posts such as The 8 Biggest Turkeys on Netflix or The 12 Days of Netflix Christmas.

Netflix also sets up special screenings and events and even sends amazing gifts. For the holidays, they sent a pair of Netflix gift cards good for a complimentary 1-year membership to Netflix streaming. They wanted us members of the #StreamTeam to pass them on to our friends or family this holiday season and spread the Netflix love.

I’m choosing to share them with my online family, actually, so you guys have a chance at winning a membership right here!

Giveaway ends on January 26, 2015 11:59 p.m. The 2 winners will be chosen at random and announced on this site. Giveaway is open only to legal residents of the fifty (50) United States (including District of Columbia) and Canada, who are at least eighteen (18) years old at the time of entry. The 2 Winners will be notified by email and have 48 hours to respond or a new winner will be chosen. Each Netflix Streaming Membership expires on 12/31/2015.