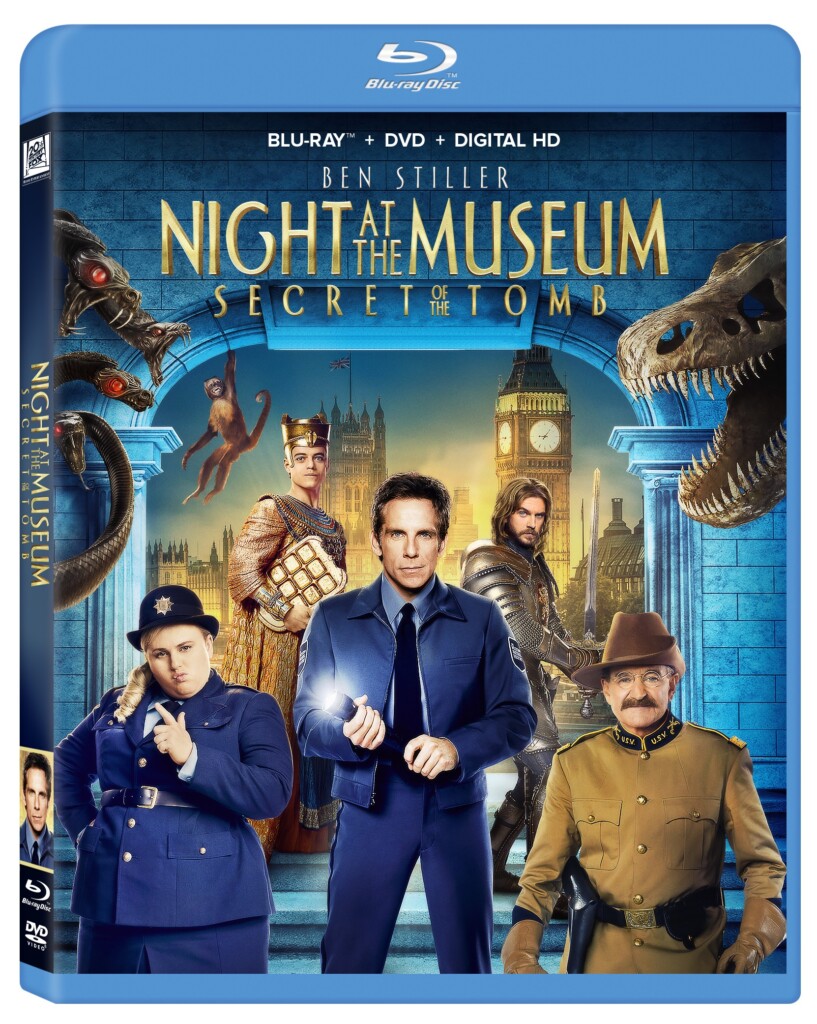 Whenever I visit other cities, I enjoy seeing their museums. Unfortunately, I’m spoiled. I grew up near NYC, so I must have visited the American Museum of Natural History about six gajillion times as a kid.

The ginormous blue whale hanging from the ceiling and those amazing dinosaur bones are pretty tough to beat. Plus, my wife spent time working at the AMNH and even had a key to tons of “secret” rooms and alcoves. I still remember her taking me and my friends on a private tour through some of the back, rarely used hallways. Did you know there are sooooo many more items hidden away that are never even put on display?

So the American Museum of Natural History has a pretty special place in my heart. Which is why I loved the first Night at the Museum movie. It’s just a crazy, ridiculously fun movie. I enjoyed both sequels as well, and can’t wait to see Night at the Museum 3: Secret of the Tomb when it comes out on Blu-ray/DVD on March 10.

If it’s laughter you’re after, get ready for the most hilarious night ever! Ben Stiller leads an all-star comedy cast, including Robin Williams, Owen Wilson, Rebel Wilson and Ricky Gervais, for one final, fun-filled Night at the Museum. This time, Larry Daley (Stiller) and his heroic friends embark on their greatest adventure yet as they travel to London in order to save the magic that brings the museum exhibits to life!

In the meantime, you can enjoy some of these fun activity sheets to keep you busy until the film’s release! Just click any of the thumbnails below to see and print a full-size version of each page! 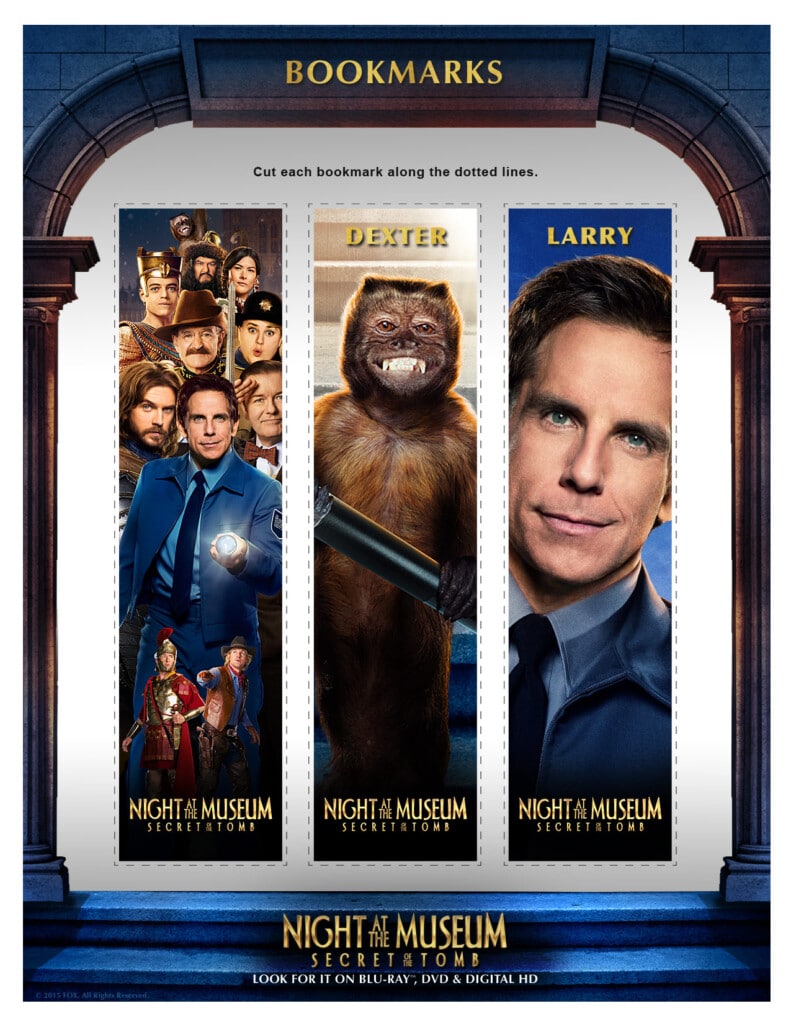 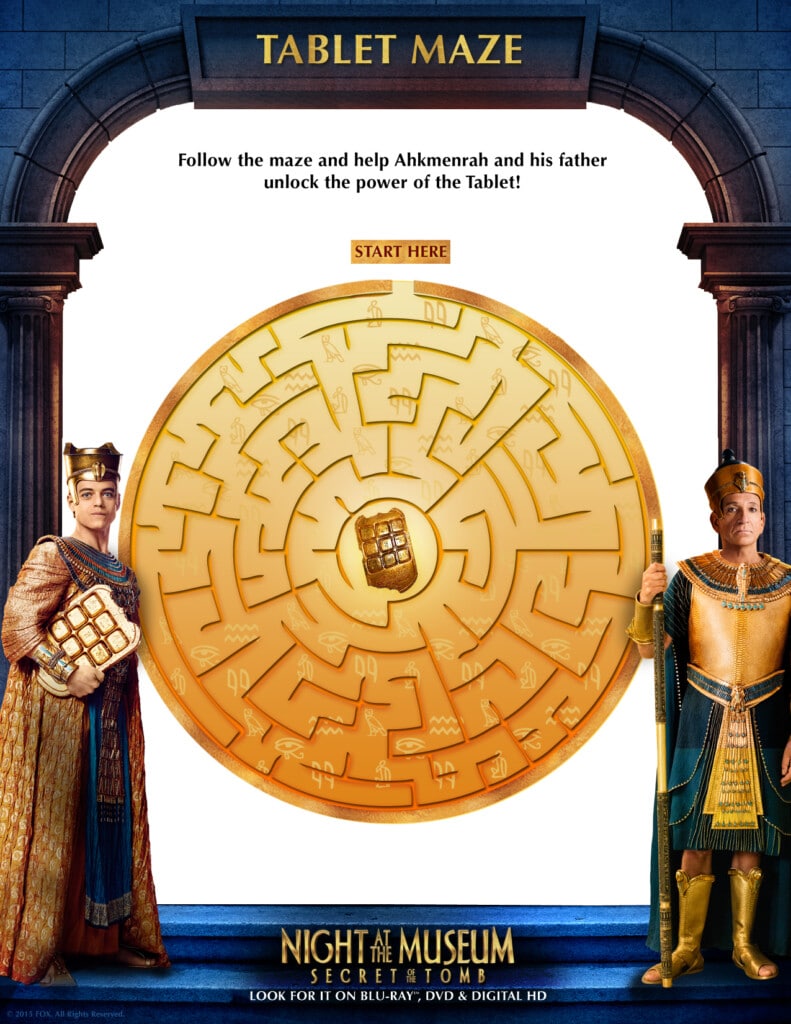 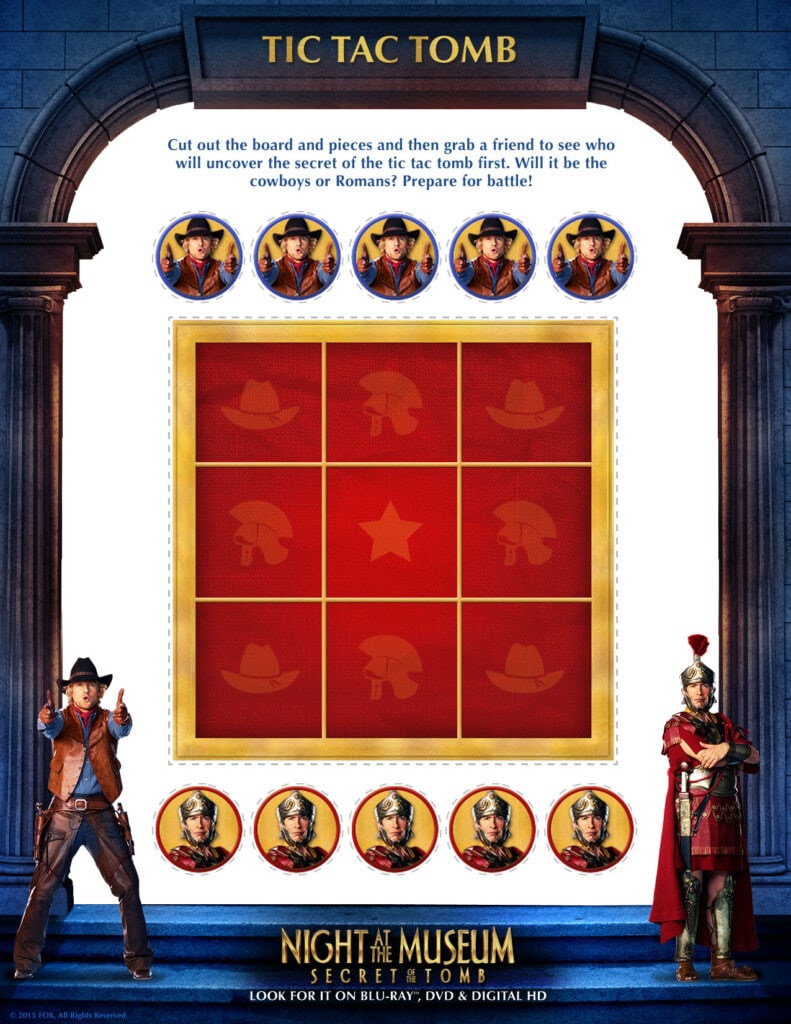 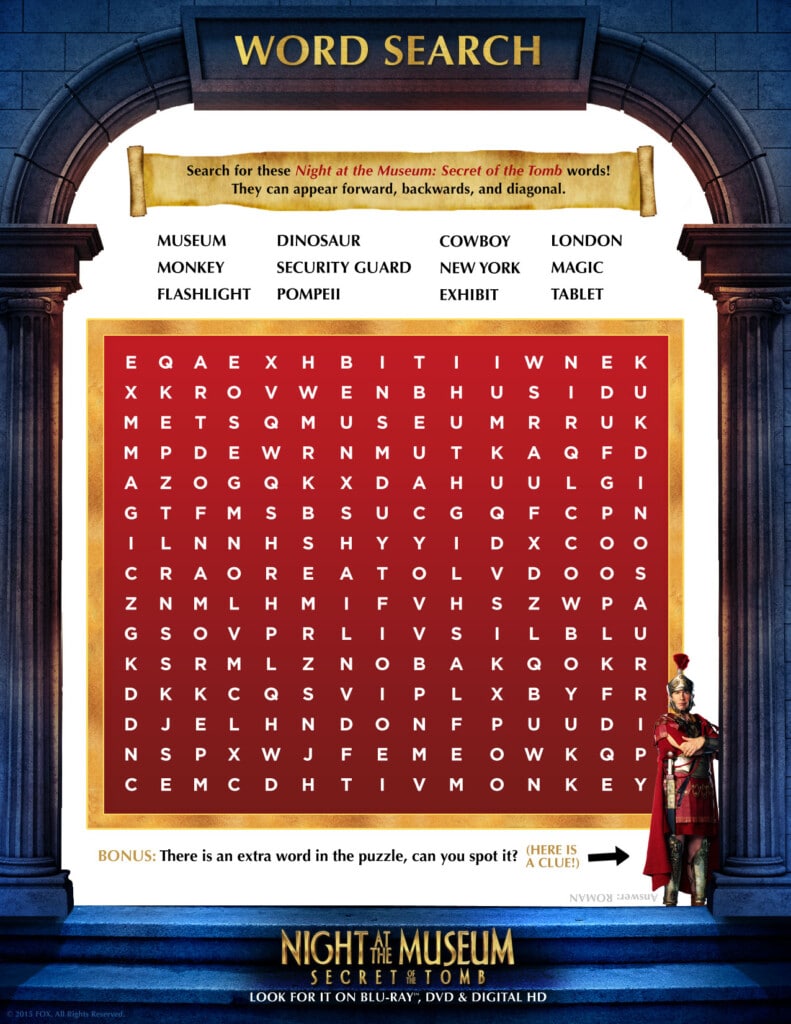 As a Fox Home Entertainment Insider, I’ll be getting a copy for review, but I also get to give one away a copy to one of my lucky readers!

Night at the Museum 3: Secret of the Tomb
Coming to Blu-ray/DVD March 10
#NATM3Insiders

Win Night at the Museum 3: Secret of the Tomb
Blu-ray/DVD

Giveaway ends on March 16, 2015 11:59 p.m. The 1 winner will be chosen at random and announced on this site. Giveaway is open only to legal residents of the fifty (50) United States (including District of Columbia) and Canada, who are at least eighteen (18) years old at the time of entry. The 1 Winner will be notified by email and have 48 hours to respond or a new winner will be chosen.