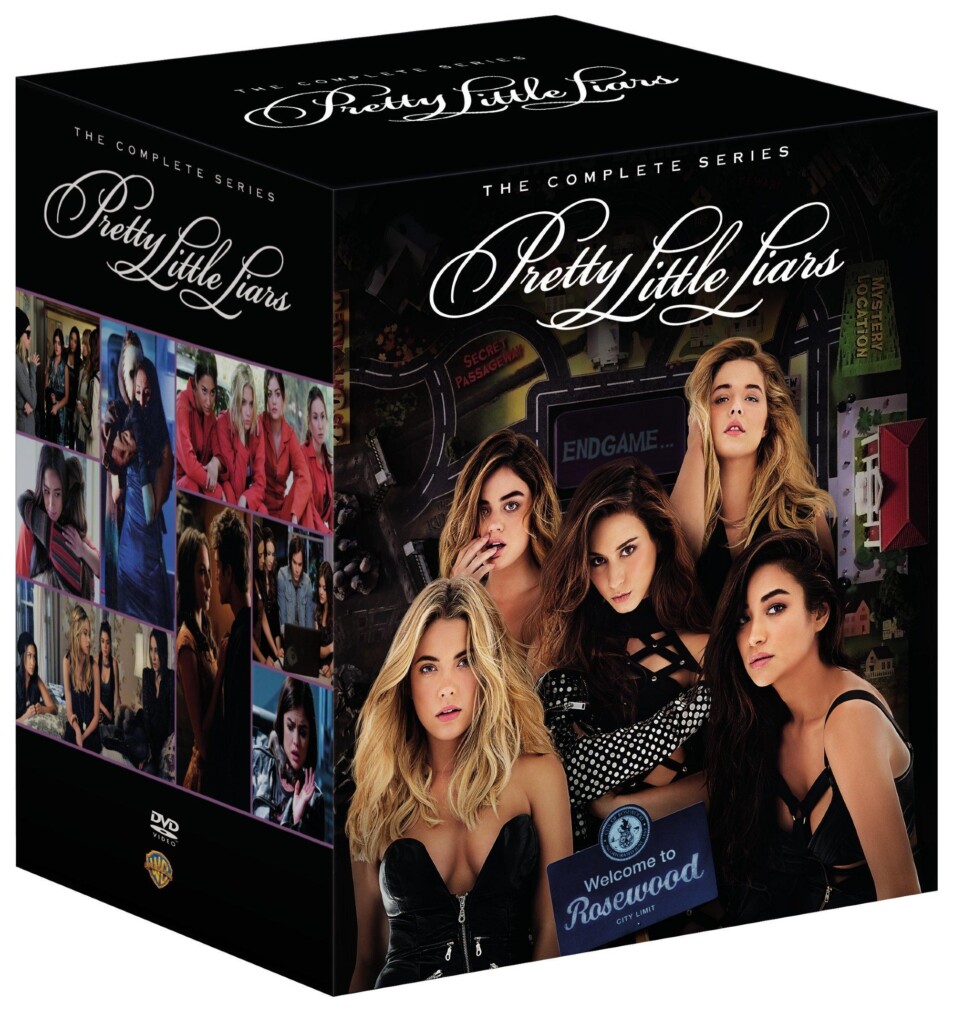 Warner Bros. Home Entertainment provided me with free copies of the DVD I am giving away in this giveaway post. This post also contains affiliate links at no cost to you. They simply help pay the bills around here so I’m not blogging in the dark. Thanks for your support!

If you’re looking for the perfect holiday gift for the teen binge-watcher in your lives, I cannot tell a lie. Surprise them with the Pretty Little Liars: The Complete Series on DVD and you can expect to hear quite a few SQUEES!

The basic plot is this: All five girls are one cliquey clique but they soon fall apart when Alison (the clear leader of the gang) goes missing. The rest of the girls sort of fall out of touch with each other, at least for the next year.

It’s one year later, though, when those former friends reunite when they start getting a series of messages from a mysterious baddie named “A.” Could the A be Alison? It’s possible since this stranger is threatening and torturing the other girls for all the mistakes they made in the past back when Alison was part of the group.

And you thought you had it rough in high school!

Now you can relive (or watch for the very first time!) this addicting series by purchasing the Pretty Little Liars: The Complete Series.

As someone who was glued to their TV each week to keep up with Dawson’s Creek and Roswell (and now glued to the set for shows like Riverdale), I know I’d be super hooked on Pretty Little Liars as well. I love a good mystery and when there’s loads of teen angst mixed in, I just can’t seem to get enough.

One thing I won’t lie about, though, is my giveaways! And the pretty people over at Warner Bros. Home Entertainment were kind enough to give me an early holiday treat, which I’m passing on to you, my readers! One super lucky reader will take home their own Pretty Little Liars: The Complete Series on DVD! That’s a $209.99 value and one of my biggest giveaways of the year!

Now, tell the truth: You really want to enter, don’t you? 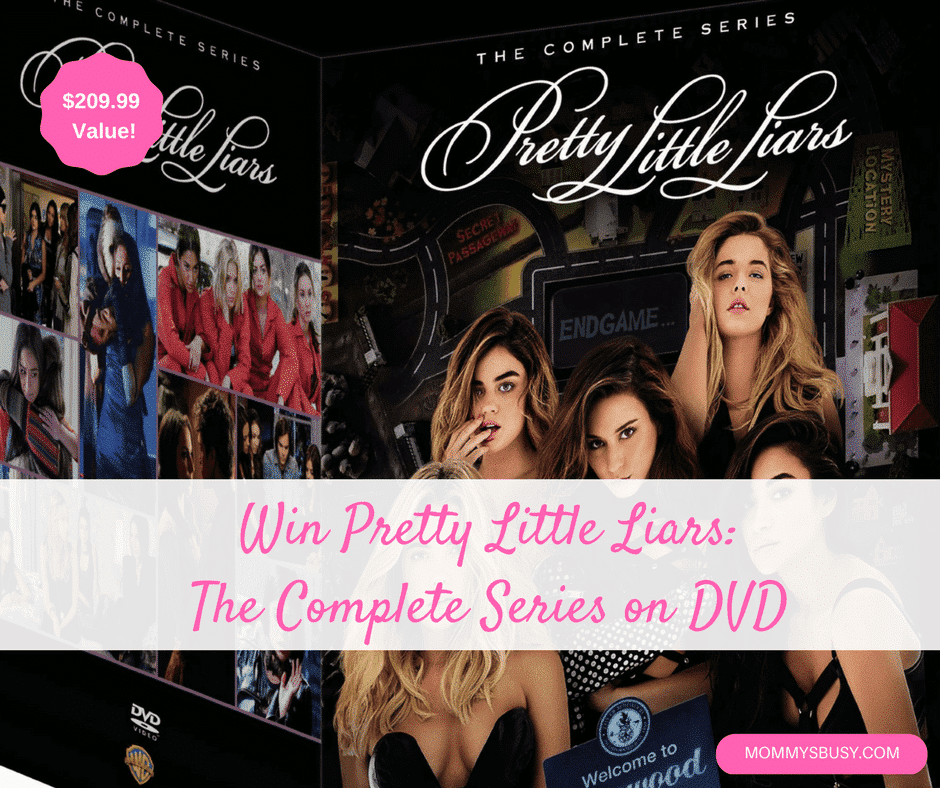 Have you entered all my other giveaways?

Giveaway ends on December 6, 2017 at 11:59 p.m. ET. The 1 winner will be chosen at random and announced on this site. Giveaway is open only to legal residents of the United States (including District of Columbia), who are at least eighteen (18) years old at the time of entry. The 1 Winner will be notified by email and have 48 hours to respond or a new winner will be chosen.