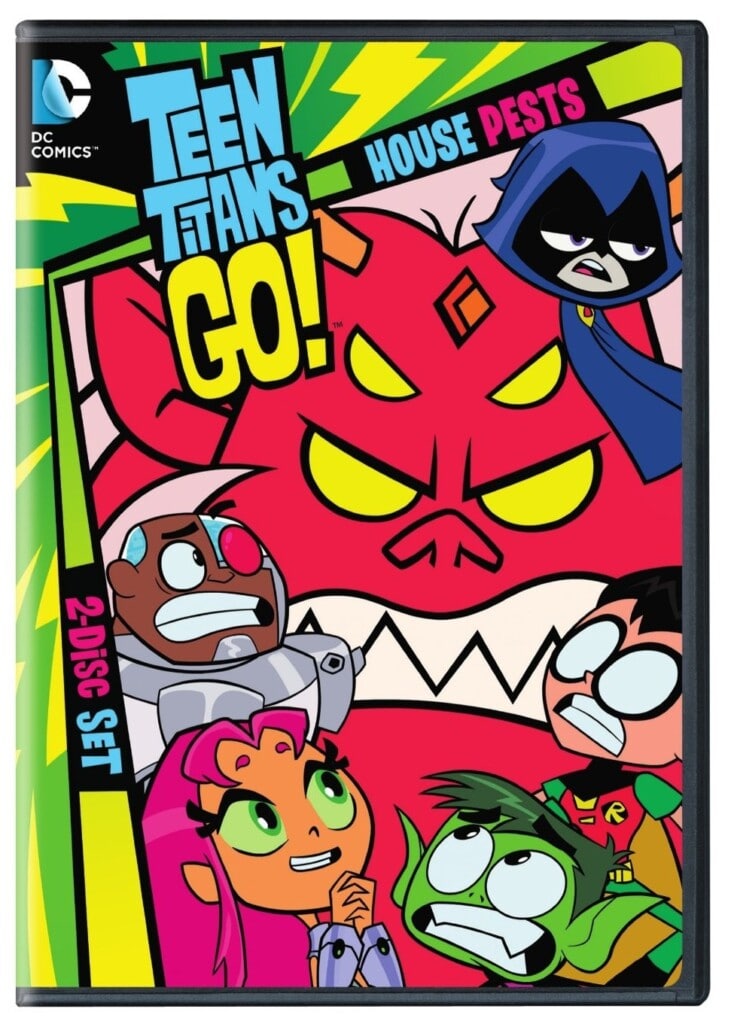 I’ve been a huge fan of the Teen Titans since the 1980s when I first started reading DC Comic’s New Teen Titans by the insanely talented duo of Marv Wolfman and George Perez.

A superhero team made up of superhero sidekicks? Count me in!

And if you haven’t caught Teen Titans Go!, the Titans’ latest hilarious cartoon on Cartoon Network, you’re missing one of the funniest, craziest, insanely entertaining shows on TV right now. I was sent my very own copy (Thanks, WB!) of Teen Titans Go!: House Pests (Season 2, Part 2) on DVD to watch.

I’d seen a number of scatter shot episodes here and there and always laughed my head off. We all have actually. We’ve bonded as a family over the Titan’s crazy battle cries (“Waffles!”) and laughed our tushes off as the gang got down with a Meat Party!

This latest DVD keeps things rolling… including us on the floor. Seriously, this is one funny cartoon!

Teen Titans are a GO, GO, GO! Join DC Comics characters Robin, Raven, Starfire, Beast Boy, and Cyborg in their never-ending quest for goof, justice and maybe a little couch time. Things kick off with a backwards battle as Robin faces off against his Bizzaro World counterpart, Nibor. Raven is pushed to her limits during Crazy Day and it’s anything but a vacation when the Teen Titans visit Starfire’s home world. Don’t miss a single serving as the Titans have their hands full keepin’ the scene both crime-free and boredom-free in this all-new 2-disc collection!

The best part of Teen Titans (and great for the writers I bet) is that no matter how absolutely bizarre and out-of-this world insane an episode gets… it never quite gets back to normal by the end. Episodes could end with characters as totally different species, and then just pick up like normal the next episode.

While that may ruffle your continuity feathers, it makes for some totally unshackled lunacy! Robin will literally go to any lengths to prove he’s the best leader for the team. That doesn’t mean training everyone to be their best. Uh uh. It means making sure he’s better than everyone at everything, and that they all know it!

My favorite episode of the DVD had to be when the team visited Starfire’s homeworld. Expecting a syrupy sweet world (just like the ever-optimistic Starfire herself), the gang’s a “little” shocked at her planet’s rather violent and odd traditions. Of course, I am always a sucker for a good Bizarro story, so the episode with Nibor (“Hey, that’s Robin spelled backwards!”) was a fabulous way to kick off this party.

If you love the Titans (and who doesn’t???), you better snag this DVD now. If you’ve never watched the Titans but enjoy being entertained, it’s time to add Teen Titans Go! to your regular television watching schedule… and time to pick up this DVD.

Why, if you don’t start watching the Teen Titans, that’d be… crazy! 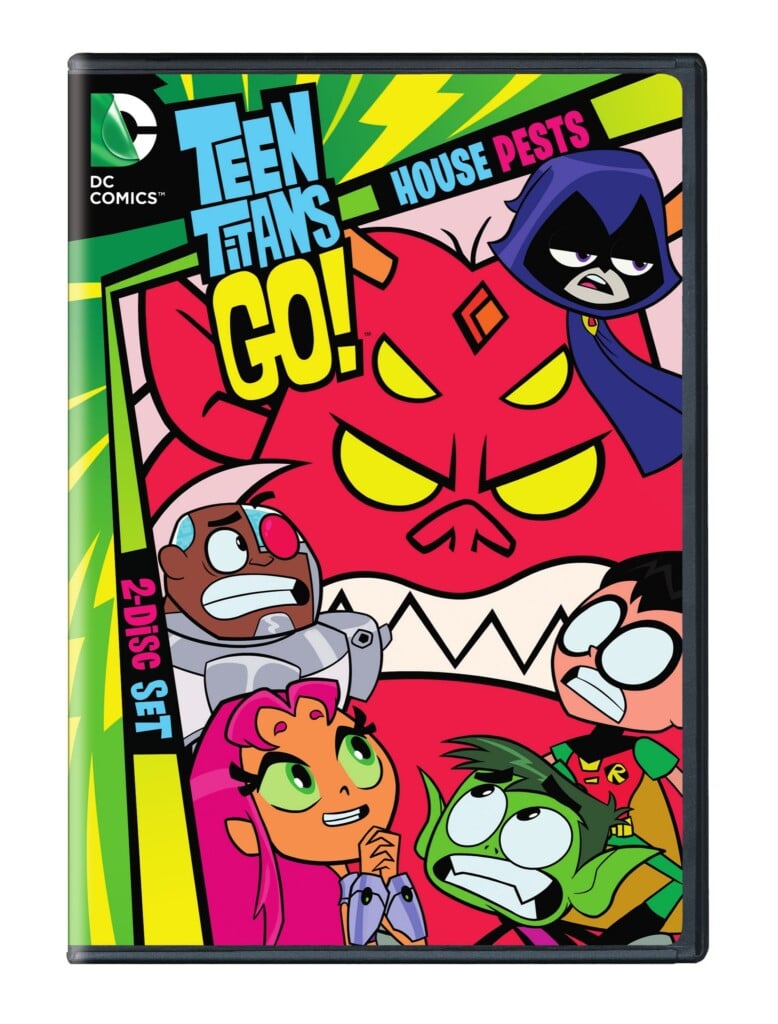 Giveaway ends on August 31, 2015 at 11:59 p.m. ET. The 1 winner will be chosen at random and announced on this site. Giveaway is open only to legal residents of the fifty (50) United States (including District of Columbia), who are at least eighteen (18) years old at the time of entry. The 1 Winner will be notified by email and have 48 hours to respond or a new winner will be chosen.