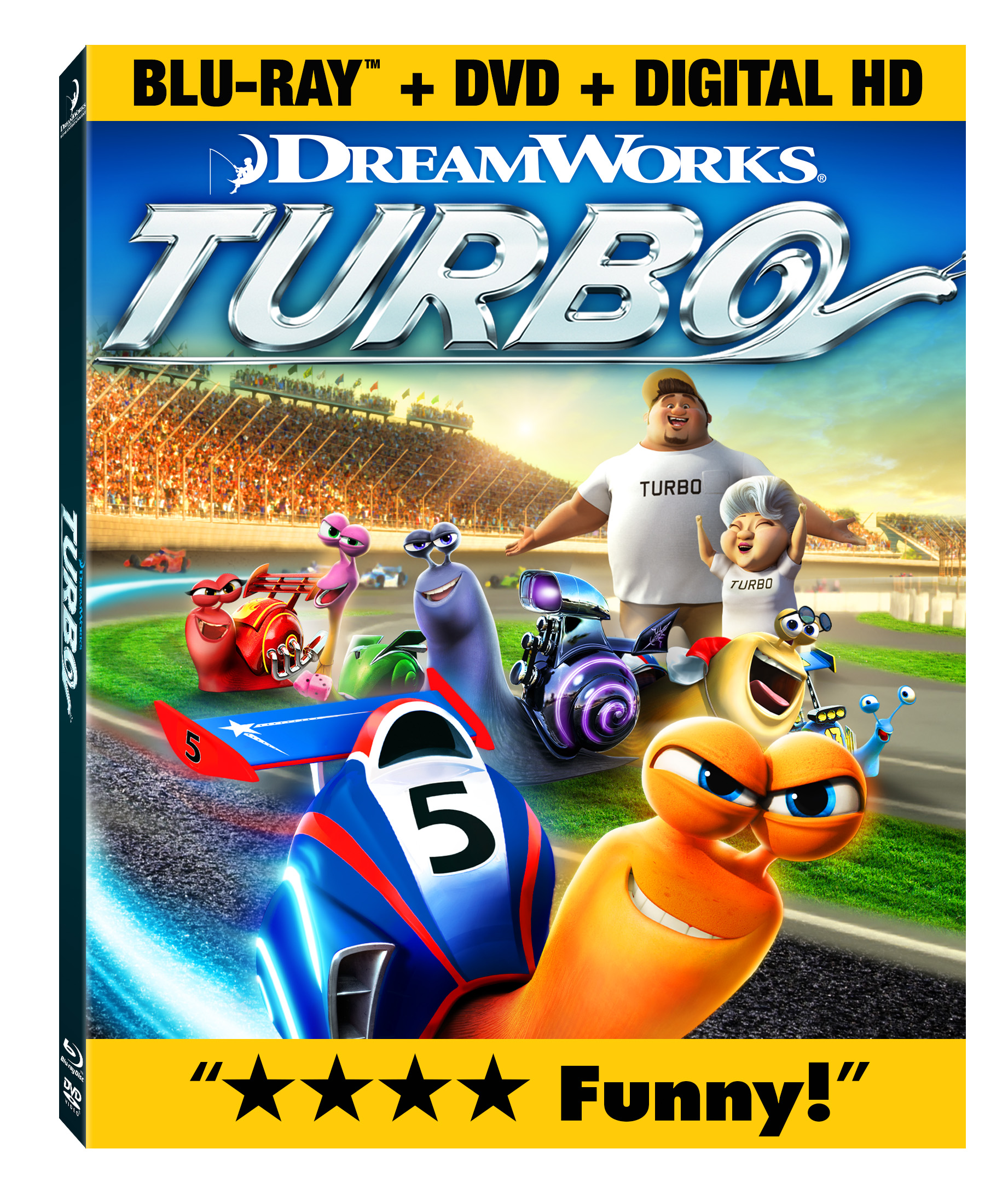 I just love that joke, especially when my super deadpan, Spock-like friend Doug tells it. Yeah, turtles are slow, but snails, well they don’t call it a snail’s pace for nothing!

Snails have always gotten a pretty bum rap. Over in France, they’re doused in garlic and butter, and served up as appetizers! In today’s hi-tech society, if you’re not shooting someone a text message or an email, you’re communicating old school style: yeah, via snail mail. And when it comes to professional sports teams, you’ll find fans rooting for all sorts of tigers, bears, ducks, and even pelicans! But not a single team proudly wears the snail on its uniform.

Sure, SpongeBob SquarePants helped solidify snails into the pop-culture arena, but that’s only because of his pet snail Gary. Yeah, a pet. No, it took DreamWorks’ animated breakaway hit Turbo to finally give snails their due!

A snail dreaming of racing and winning the Indy 500. Yeah, that’s a pretty absurd dream if I ever heard one. But without dreams, we’ve got nothing. So I not only applaud the little shelled dude, I’m inspired by him. So inspired that I’ve put together a list of 10 Ridiculously Absurd Animal Dreams that are sure to inspire you too! Or at least inspire DreamWorks’ next animated film perhaps…

2. A giraffe lives for the day he’ll win the limbo championship.

3. A rattlesnake trains to be the ultimate silent ninja.

4. A penguin wishes for nothing more than to fly.

5. A skunk’s fondest wish is to win just one game of hide and seek.

6. An elephant longs to forget.

7. A platypus goes on a life-long quest to figure out what the heck it is.

8. A piranha only wants to feel full.

9. A hippo’s only wish is to become the next Weight Watchers spokesmodel.

10. A walrus dreams of meeting the tooth fairy.

So did any of those inspire you? Are you ready to run out and conquer your own crazy dreams? Okay, well maybe those 10 dreams were a bit ludicrous and we’ll never see any of those in action. But you can see a snail race to his dreams in Turbo!

The hit animated movie is currently available on digital HD, but the Blu-ray and DVD editions hit store shelves on November 12. If you’re smart, you’ll pre-order a copy so you won’t be left in the dust! If you’re lucky, well, you’ll win yourself a copy courtesy of the giveaway below! Thanks to DreamWorks for sponsoring this snail-o-rific giveaway!

Giveaway ends on November 18, 2013 at 11:59 p.m. The 1 winner will be chosen at random and announced on this site. Giveaway is open only to legal residents of the fifty (50) United States (including District of Columbia), who are at least eighteen (18) years old at the time of entry. The 1 Winner will be notified by email and has 48 hours to respond or a new winner will be chosen.