I’ll admit it, I haven’t always loved Home Alone. It was a cute movie I saw when I was a kid, but that’s about it.

A few year’s back, we watched it with the kids and both Jason and Ryan fell in love with it. They couldn’t stop laughing from beginning to end. Their favorite part? The old gangster movie Kevin watches on TV where the bad guy gives the stooge 10 seconds to run away. He counts, “1, 2… 10!” and starts blowing him away.

That, for some reason, is beyond hilarious for my boys. They even made a few ridiculous videos of their own just based around that premise.

As a member of the super-secret organization known as the Fox Home Entertainment Insiders, I got my very own copy of Home Alone: Ultimate Collector’s Edition to review! I gotta admit, this is beyond pretty darn cool.

First up, you get all five Home Alone films. Uh, 5? Really? I never even realized they made more than three, and the third one was basically a completely separate storyline with all-new characters. Now I’m curious what the last two are about!

Besides the films themselves, you get a neat collectible paint can that’s full of all sorts of limited edition movie memorabilia including:  a McCallister Christmas ornament, Kevin’s battle plan for the Wet Bandits, his tarantula and a Wanted Poster of thieves Harry and Marv! 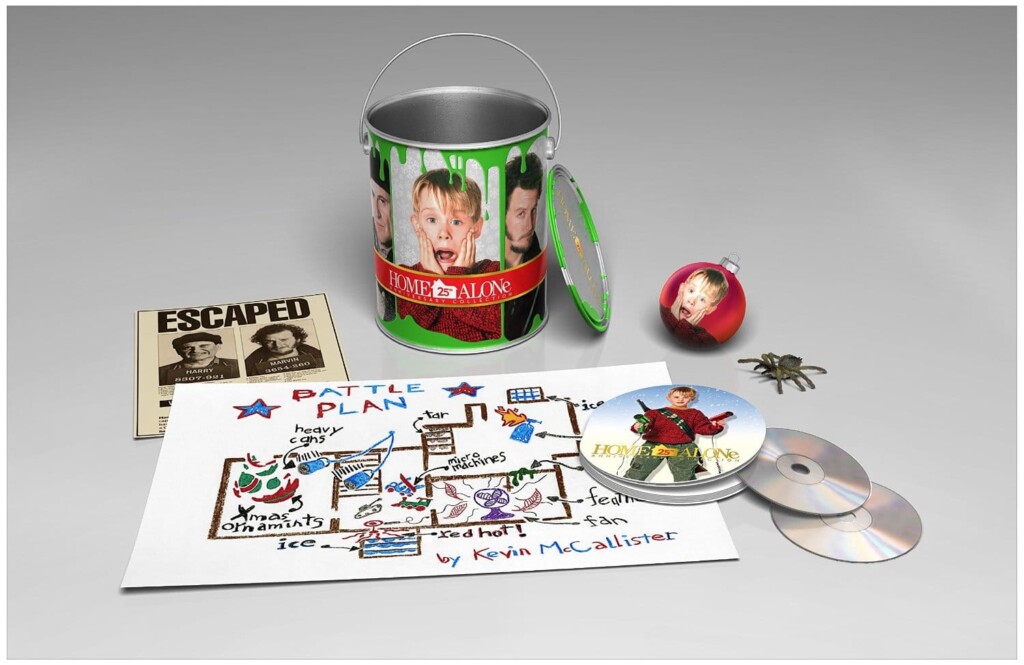 To help celebrate this special anniversary, I decided to leave Jason and Ryan home alone for a week, while Allie and I head out to Vegas for some fun! Don’t worry, we left a bowl of water and a few cheese sticks out for them. They’ll be fine, really.

Okay, okay. Just kidding. But I do have some fun Home Alone Activity Sheets to keep the craziness going! 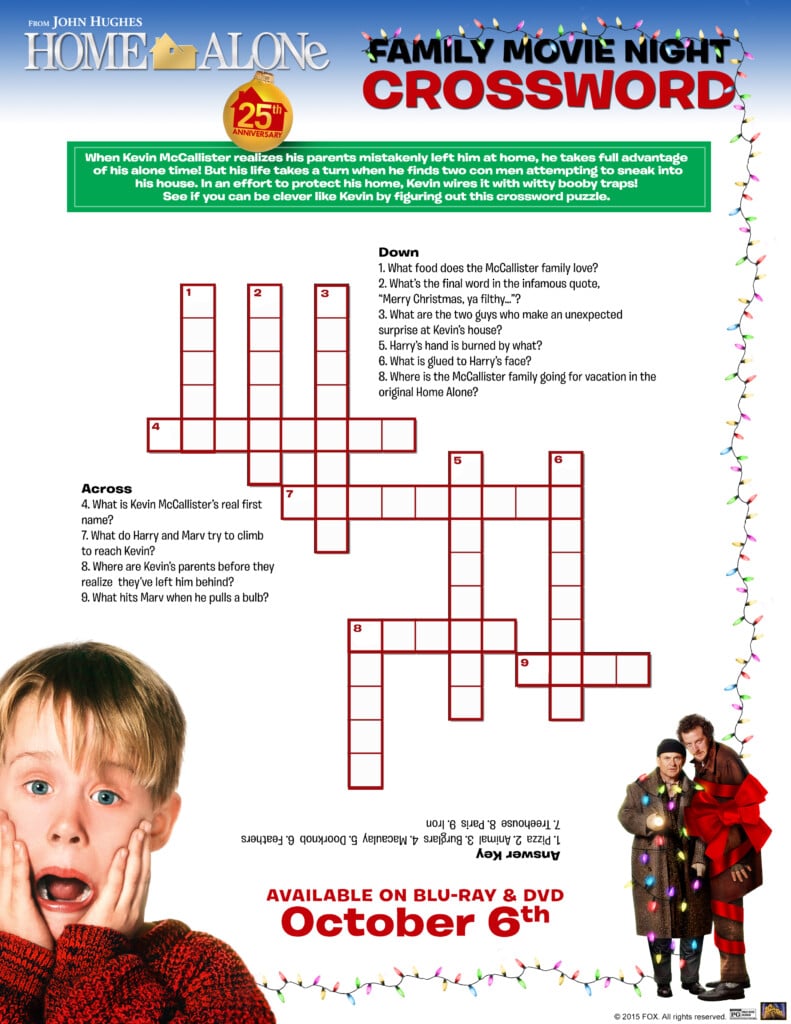 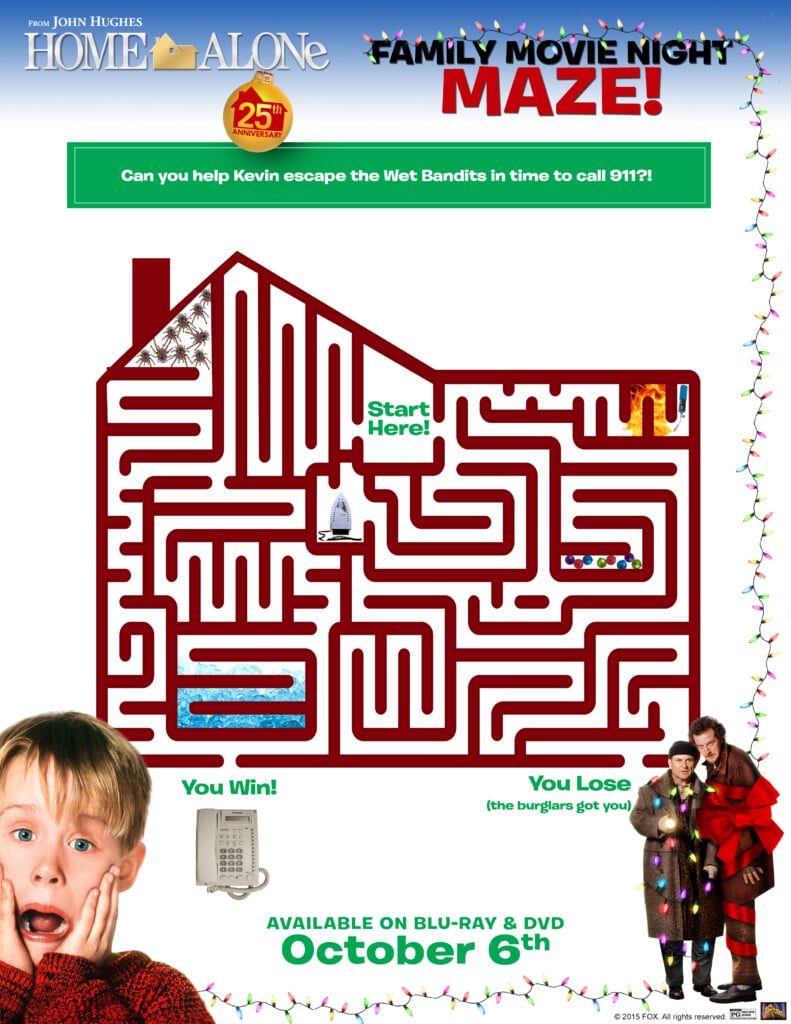 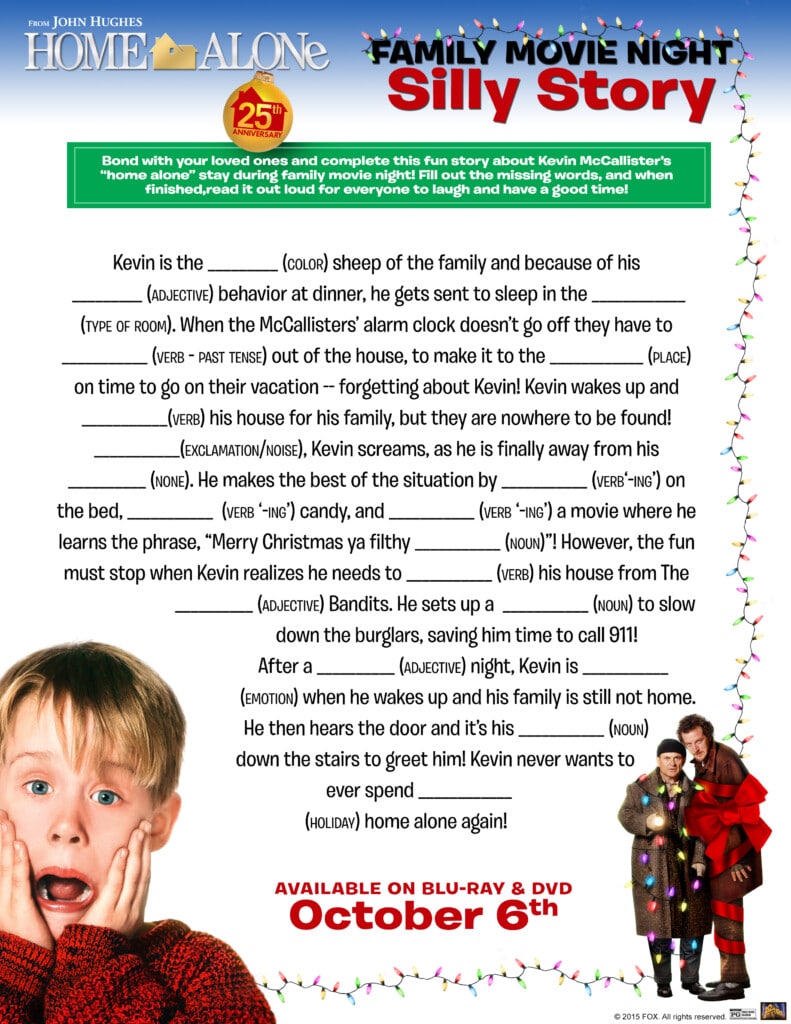 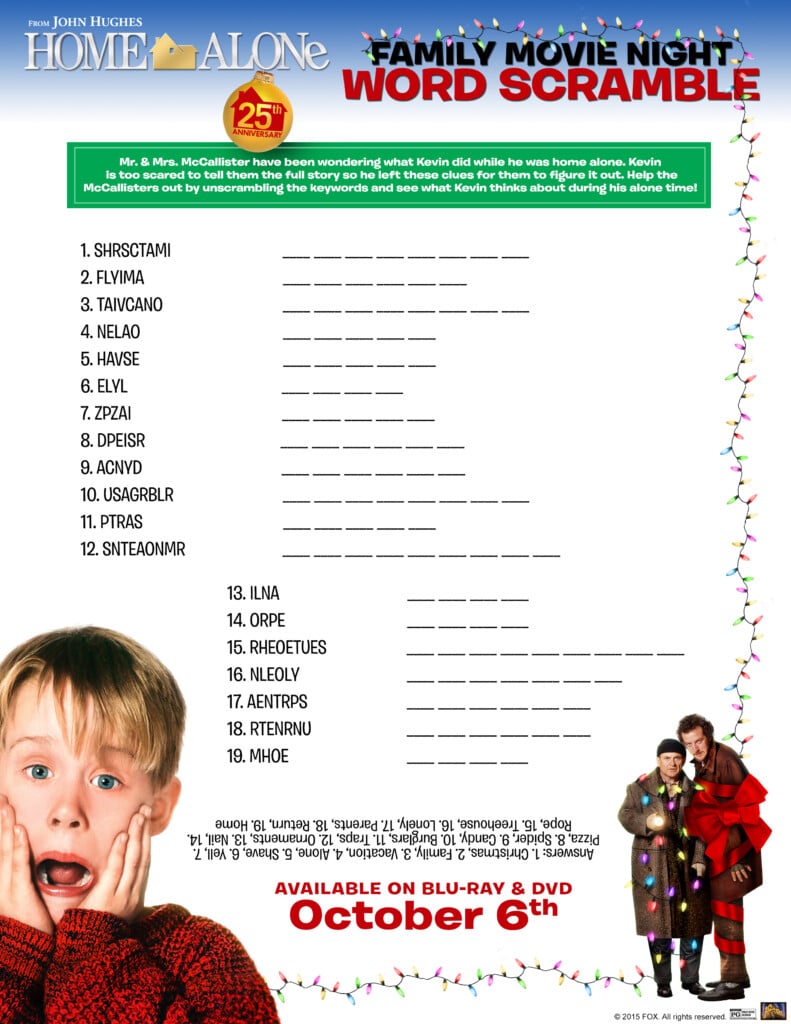 Just click any of the thumbnails above to view full size and then print!

Giveaway ends on November 9, 2015 at 11:59 p.m. ET. The 1 winner will be chosen at random and announced on this site. Giveaway is open only to legal residents of the fifty (50) United States (including District of Columbia) and Canada, who are at least eighteen (18) years old at the time of entry. The 1 Winner will be notified by email and have 48 hours to respond or a new winner will be chosen.