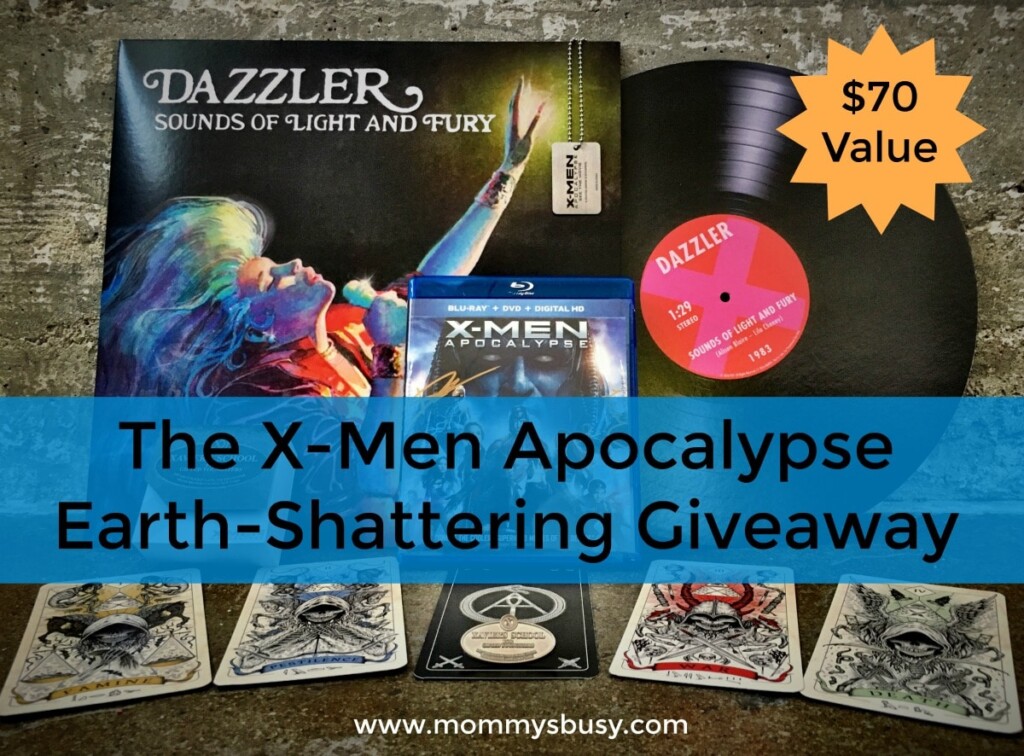 Nobody, but nobody does giant belt buckles better than supervillains. King of them all? Yeah, that’d be the X-Men’s foe Apocalypse.

In the comics and cartoons, this mega-powerful, evolutionary-based baddie always looked mega cool and proudly brandished a ginormous “A” belt buckle everywhere he went. Seriously, how can you not be distracted by that? The battle’s lost before it’s even begun.

Well, he may’ve gotten some fashion advice from Hollywood, because FOX’s latest X-Men movie sported a pretty cool-looking Apocalypse. No belt buckle this time around, but Apocalypse most definitely flashed his infamous “I must reshape the world in my image” attitude. 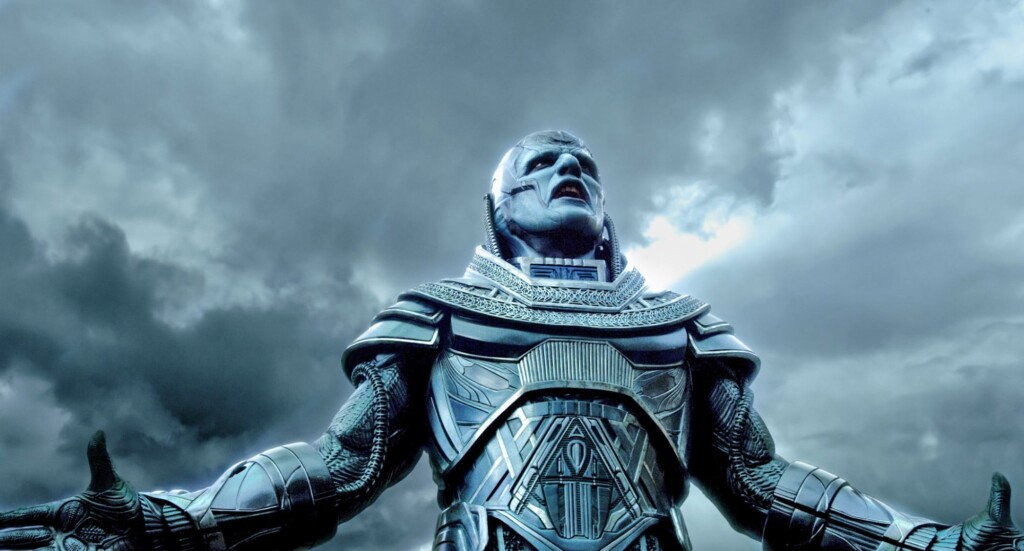 I dig the X-Men movies overall and these latest films tap more into the comics than ever, first with Days of Future Past (one of my favorite storylines) and now with X-Men: Apocalypse taking center stage. Armed with his Four Horsemen (Storm, Magneto, Angel and a picture-perfect Psylocke).

If you haven’t seen this one yet, you’re in for a treat. It’s pretty much a power-packed, action-filled flick with loads more new mutants than you can shake your chromosomes at.

Following the critically acclaimed global smash hit X-Men: Days of Future Past, director Bryan Singer returns with X-MEN: APOCALYPSE. Since the dawn of civilization, he was worshipped as a god. Apocalypse, the first and most powerful mutant from Marvel’s X-Men universe, amassed the powers of many other mutants, becoming immortal and invincible. Upon awakening after thousands of years, he is disillusioned with the world as he finds it and recruits a team of powerful mutants, including a disheartened Magneto (Michael Fassbender), to cleanse mankind and create a new world order, over which he will reign. As the fate of the Earth hangs in the balance, Raven (Jennifer Lawrence) with the help of Professor X (James McAvoy) must lead a team of young X-Men to stop their greatest nemesis and save mankind from complete destruction.

My favorite part from this latest X-Men film is Quicksilver. He is just an absolute blast to watch as he puts on his headphones, rocks out to some tunes and zips around Xavier’s Mansion to save as many people as he can before an explosion takes them out. It’s brilliant done and I could probably watch a full 2-hour movie of Quicksilver in action. 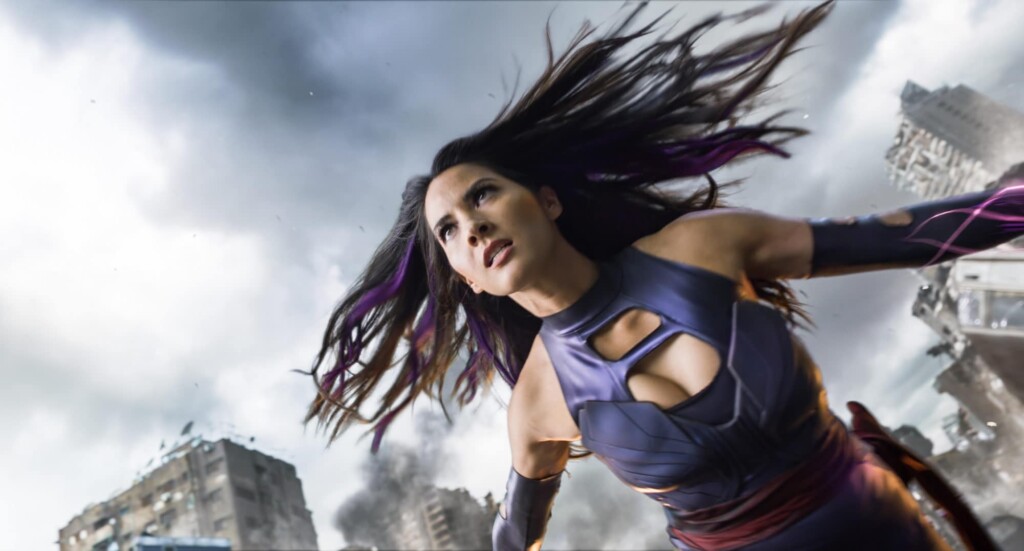 The other high point for me was the introduction of Psylocke to the movie world. Olive Munn plays the ninja-like, energy-wielding mutant and she looks 1000% as if she stepped right out of the comic book pages.

To help celebrate the release of X-Men: Apocalypse on Blu-ray/DVD, my buddies over at FOX have offered up one super sweet mutant-filled prize package for one of my lucky readers! 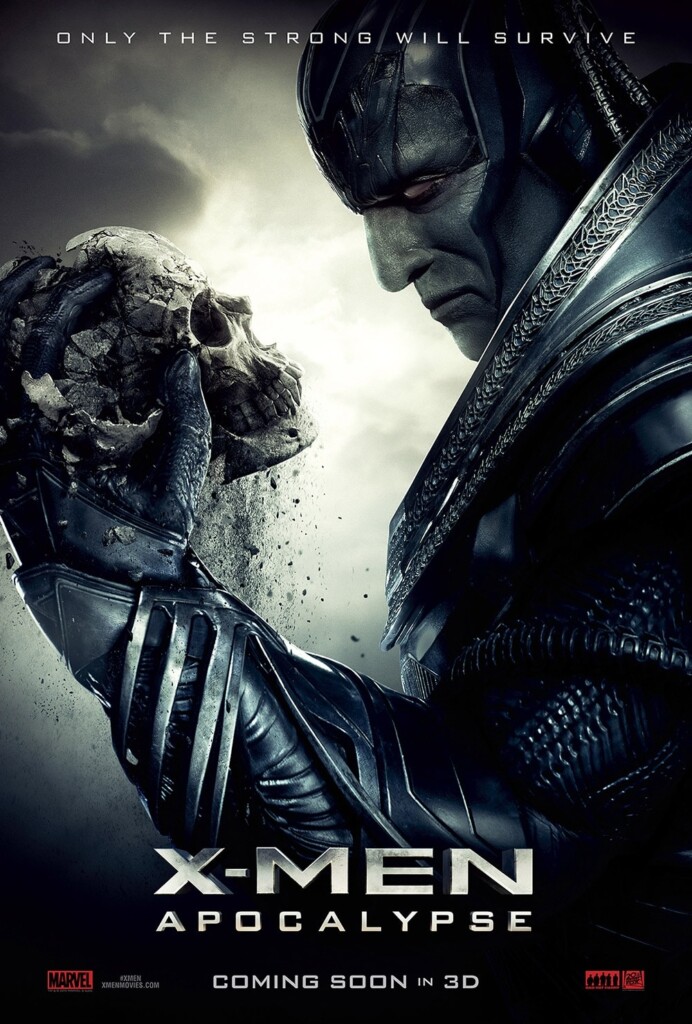 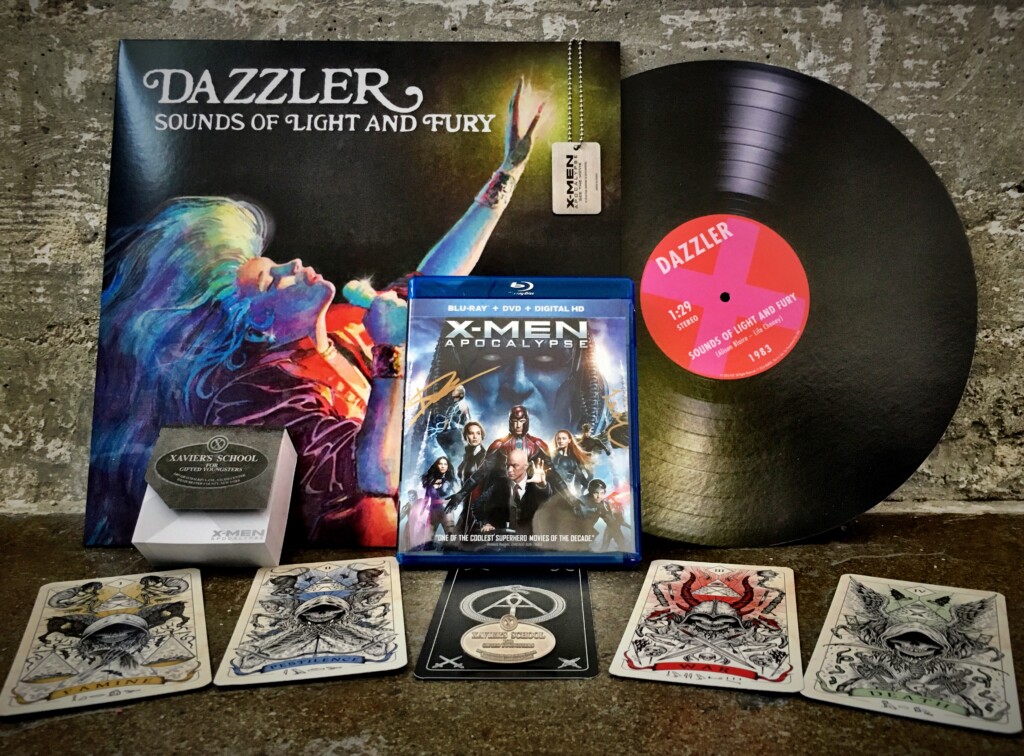 One lucky winner will take home all of the following:

Giveaway ends on October 27, 2016 at 11:59 p.m. ET. The 1 winner will be chosen at random and announced on this site. Giveaway is open only to legal residents of the fifty (50) United States (including District of Columbia) and Canada, who are at least eighteen (18) years old at the time of entry. The 1 Winner will be notified by email and have 48 hours to respond or a new winner will be chosen.