Sure, on the outside, Spider-Man‘s a true hero, but underneath that costume is a nerdy, often-broke kid just trying to make enough cash to pay the rent. Oh, and if you’re lucky, you might see the Fantastic Four or Avengers show up in an issue.

At least, that’s how it’s been in the comics or decades. When it comes to TV and movies, however, it’s pretty much a solo gig. Which is why I’m beyond impressed with the way Marvel Films has threaded all their movies into one another, beautifully setting up the Avengers film.

But then, they outdid themselves. They tied a weekly TV series called Agents of S.H.I.E.L.D. into the bigger picture, sandwiching two weekly episodes around the incredibly awesome (and super secret revealing!) Captain America: The Winter Soldier. Continuity on a massive scale like that between mediums is pretty unheard of. And Marvel pulled it off perfectly.

It certainly blew my mind. That was probably the best superhero TV I’d ever seen… until now.

With Agents of S.H.I.E.L.D. on mid-season break, Marvel created a sister show to take its place for eight weeks. Set in the 1940s after the war and shortly after Captain America sacrificed himself to save the world (before being frozen in ice for decades), Agent Carter told the tale of Peggy Carter and the super secret SSR agency. Basically, a pre-pubescent version off S.H.I.E.L.D.

Peggy’s the lone female agent at the S.S.R. (Strategic Scientific Reserve), spending most of her in-office time taking lunch orders and serving coffee. Yeah, she gets no respect, despite the fact that she’s probably the best agent in the entire building.

If you missed out on this series or gave up after one episode, you missed out. Big time. I’ll admit I had extremely low expectations for this show. Sure I love Captain America and anything related to his universe. Peggy Carter was Cap’s main squeeze back in the war days, so at least there’s that connection.

But a “superhero” show set in the 1940s? Without any real superheroes? Just a bunch of private eye/spy type guys? Yawn. When is Agents of S.H.I.E.L.D. coming back again?

Except, I couldn’t have been more wrong. Agent Carter was… well…. just all-around awesome. The writing is top notch, as is the acting, especially three big standouts: Hayley Atwell as the tough-as-nails Peggy Carter, Dominic Cooper as Howard Stark, and James D’Arcy as Stark’s perfectly played “butler” Edwin Jarvis.

As a big-time Avengers comics fan, I’ve always loved the balding, proper butler Jarvis. So I thought it was neat when Iron Man named his artificial intelligence J.A.R.V.I.S. in the movies. Nice homage there. But now thanks to Agent Carter, we get to meet the real Jarvis!

Cooper as Stark, just continues the perfect character he brought to life in the first Captain America: The First Avenger, showing off his brilliant mind, and millionaire playboy lifestyle.

Atwell, who I loved in the Captain America films (far from a damsel in distress), steps things up a few more notches in this series. She’s absolutely brilliant as Peggy and could easily give Agent May (Ming-Na Wen) a serious run for her money if the two duked it out. Yeah, that’s a fight I’d love to see!

The storyline is right out off a comic book story meeting too. Howard Stark’s built some insanely powerful and dangerous weapons. But someone apparently broke into his vault and stole them. Or did Stark fake it all so he could sell them to enemies of the State? That’s what the SSR thinks and why the entire world has branded Stark a traitor and are looking to bring him in.

Well, the whole world except for Jarvis and Peggy Carter, who team up to prove Stark’s innocence. Oh yeah, they also need to save the world from a terrorist organization called Leviathan.

Honestly, the only bad thing I can say about Agent Carter is that it’s over. A mid-season filler, it fulfilled its role and presumably that’s it. Apparently plans for a follow-up season are basically up in the air. No official announcements have been made yet, and I’m just left screaming for more.

I know ratings weren’t huge for the show, and that’s a crying shame. I love Agents of S.H.I.E.L.D., and watch it every week with my entire family. But I have to tell you… Agent Carter is better. It just is.

The acting. The storylines. The characters. Even the production value. It all seems Hollywood quality, even crisper and sharper than Agents of S.H.I.E.L.D. (And I already LOVE Agents of S.H.I.E.L.D.!) My wife agrees with me 100% as well, and even my oldest son (he’s 11) loved watching it. He probably likes S.H.I.E.L.D. better only because there’s more explosions, though.

I’m really hoping Marvel gives Agent Carter a second chance, just like a certain Super-Soldier who lay dormant in ice for more than half a century. If you have a chance to catch Agent Carter online, on reruns or hopefully on DVD soon, I can’t recommend it enough.

Knowing that Peggy Carter and Howard Stark are hugely influential in starting S.H.I.E.L.D. in the first place, there are plenty more stories to be told it seems. I’m just hoping I get the chance to hear them. 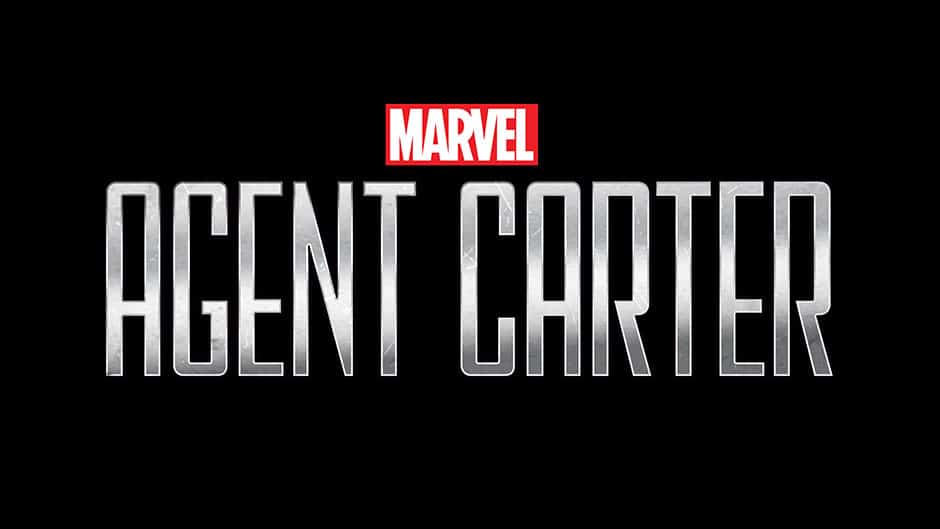 And hey, if Agent Carter gets picked up for a second season, maybe my buddies over at Disney/Marvel will send me over for a set visit, just like they did with some of my blogging buds recently! Check out their set visit and interview posts for loads of sooo-cool-and-yes-I-am-incredibly-jealous behind-the-scenes photos and info:

Vera from Lady and the Blog: Agent Carter Set Visit and Exclusive Interview with Hayley Atwell

Toni of A Daily Dose of Toni: Visiting the Set of Marvel’s Agent Carter

Marybeth of BabySavers: Exclusive: On the Set of Marvel’s Agent Carter

Stefanie of Mommy Musings: Behind the Scenes of Marvel’s Agent Carter

Mellisa from Mom Luck: Behind the Scenes of Marvel’s Agent Carter TV Show

9 thoughts on “If You Missed Out on Marvel’s Agent Carter, You Must Work for Hydra”