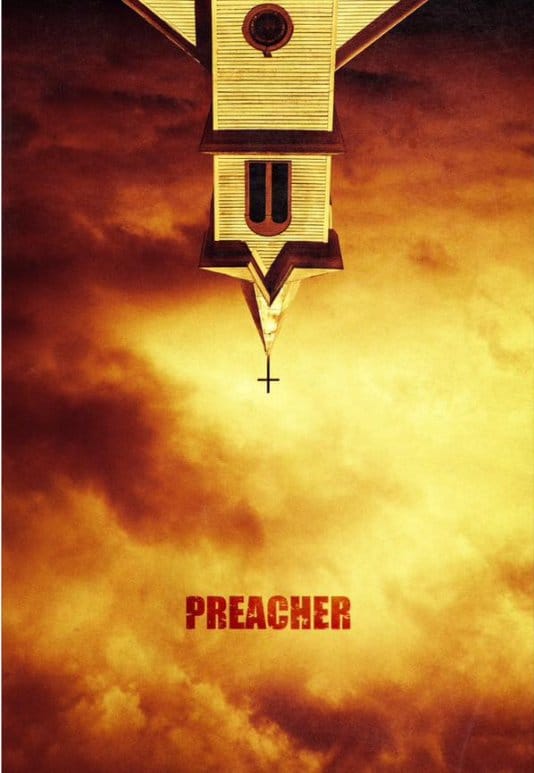 You’ve really gotta hand it to AMC. The cable network doesn’t hold back when it comes to slapping viewers in the face with blood, guts and sheer suspense. Sure Breaking Bad and Mad Men aren’t quite in-your-face gorefests, but they’ve quickly built some pretty rabid followings.

Based on a runaway comic book hit by Robert Kirkman, Walking Dead is totally killing it on Sunday nights. And the comic? Yeah, there are more than 150 blood-soaked issues to date with no signs of Kirkman slowing down.

That’s why I’m beyond pumped that AMC’s next big release is Preacher, offering you salvation sometime this year. Now, truly religious readers take note… Preacher is NOT a family friendly, Bible-toting story. It may tell the twisted tale of a Texas preacher literally searching for God, but it’s one of the most wildly offensive rides you’ll ever feast your eyes upon.

Not much has been revealed about the show just yet, but as someone who loved the entire comic book series written by Garth Ennis with gorgeous art by Steve Dillon, I can only pray the TV series is even half as good as the comic.

The story in a nutshell: Jesse Custer’s a conflicted small-town preacher down in Texas. When he becomes fused with a powerful entity known as Genesis (basically the love child of an angel and demon), Jesse suddenly possesses an incredibly unique power: The Word of God. Yep, Jesse can literally force anyone to do anything just by speaking.

So what does Jesse do with this newfound ability? Simple. He kicks mega butt across the country as he heads out on a quest to find God. Literally. The Big Guy has apparently left his post and doesn’t seem to care about us humans anymore, so Jesse’s intent on finding out why. Along for the ride are Jesse’s gun-toting ex-girlfriend Tulip and the alcoholic Irish vampire named Cassidy. 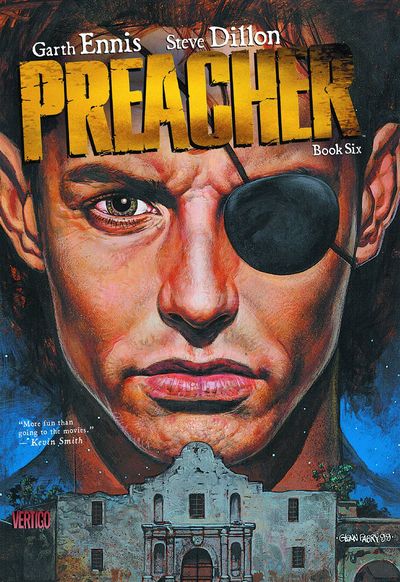 That’s the overarching story of Preacher, but it’s the insane, over-the-top scenarios and wacked-out characters Jesse confronts that really make this series shine. Think Walking Dead is super crazy with its cannibals, zombie sports and head aquariums? Well, yeah it is… but Preacher puts it all to shame.

Here’s a quick look at just some of the insane characters from the comics who hopefully will make it to the small screen:

Herr Starr
No way you can have a Preacher series without the big bad guy known only as Herr Starr. This guy makes The Walking Dead’s Governor character look like the Easter Bunny. The ruthless, bald, one-eyed agent of the ancient secret society The Grail, Starr is easily the bad guy you love to hate. He also has some pretty heinous things done to him, so no worries, he’ll get his.

Arseface
Yes, you read that correctly. Easily the breakout star of the series, this teen basically tries to off himself with a shotgun like his idol, Nirvana lead-singer Kurt Cobain. He obviously fails, and is left with a face that looks like… well, you get the picture.

The Saint of Killers
Stalking Jesse Custer, virtually nothing can stop the Saint of Killers. That’s because he carries around two Walker Colt revolvers that were forged from the sword of… oh yeah, the Angel of Death. They never run out of ammo and always seem to hit their mark.

Odin Quincannon
If this racist owner of the meat packing plant in the Texas town known as Salvation gets his story told on TV, all bets are completely off. There will be nothing AMC won’t do! Let’s just say Odin’s a righteous bastard who’s harboring an extremely dark sexual secret that involves meat. Lots and lots of meat.

Allfather D’aronque
The 112th Allfather of the secret society the Grail, is one of the most powerful men in the world. He’s also one of the scariest. And one of the most rotund. Think of Marlon Brando in The Godfather if he had gained a good 300 pounds and was Godfather to the entire world. Plus he really likes pie.

There are dozens more sick and twisted folks to cross paths with Jesse and Co. The series hits AMC this year, but no official launch date has been set yet.

In the meantime, I can’t encourage you enough to pick up the Preacher graphic novels over at ThingsFromAnotherWorld! There are 9 graphic novels in total, collecting all 66 issues of the comic book series put out by DC Comics/Vertigo. It’s most definitely not for kids nor for anyone who is easily offended! 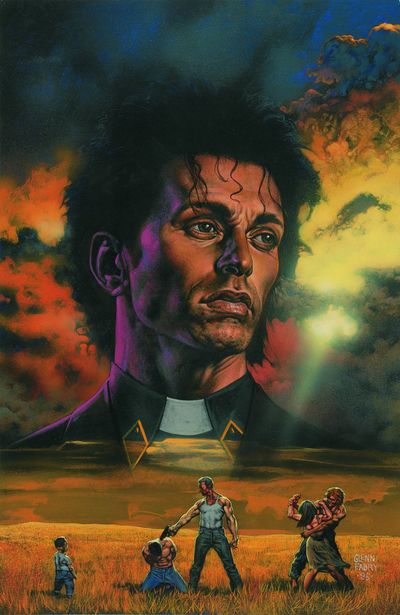 For an ultimate experience, jump on a pre-order (Ships in July) for Absolute Preacher #1 to get a gorgeous, oversized hardcover version that kicks off this killer series. 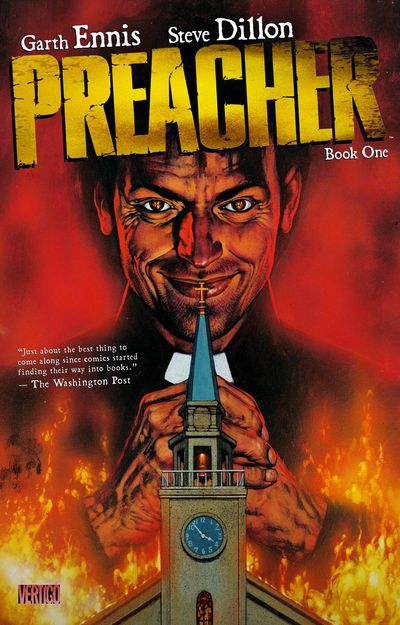 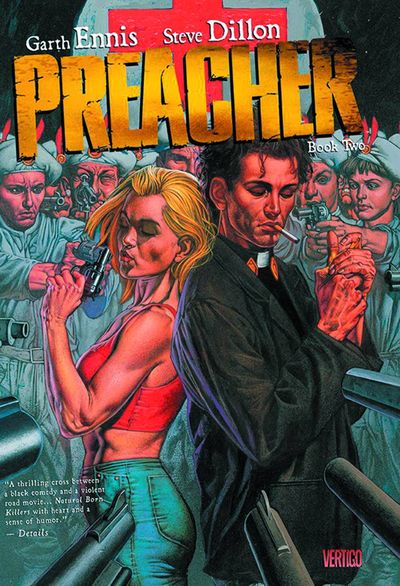 Shop Things From Another World!

This post was sponsored by Things From Another World. All thoughts and opinions are my own. Please visit TFAW.com and consider buying your favorite comics, toys, T-shirts and other pop-culture merchandise from them, especially since they help keep the lights on over here at MommysBusy.com!