The Muppets just wouldn’t be the Muppets without music. Singing and dancing is what made them so popular in the first place, so it goes without saying, that their latest movie Muppets Most Wanted is chock full of all-new terriffic toe-tapping tunes!

Muppet Music Master Bret McKenzie is back in the conductor’s chair this go round. His work on 2011’s The Muppets was so inspirational and celebrational that Bret actually won an Oscar for his song “Man or Muppet.” And rightfully so!

While “Man or Muppet” is a seriously tough act to follow, Bret somehow outdid himself with the Muppets Most Wanted soundtrack. Personally, I like the overall soundtrack slightly better this time around, though “Man or Muppet” is still my favorite song from the two movies.

Things kick off in style with the energetic “We’re Doing a Sequel,” which just sets the stage for the entire Muppets Most Wanted movie. But there’s such a wonderfully rich depth to the rest of the soundtrack from Constantine’s hilarious “I’ll Get You What You Want” to the rapid-fire ” Interrogation Song” that doesn’t just move the story along but seriously impresses with a perfect duet between Sam the Eagle and Ty Burrell’s character Pierre Jean Pierre Napoleon.

Yes, Bret McKenzie clearly loves writing music, especially when he’s writing it for such a colorful cast. Besides sitting down to chat with Director James Bobin and also interview the Muppets themselves, i had the pleasure of joining two dozen other bloggers for an intimate interview with Bret recently at the Beverly Hilton Hotel.

Low key and eager to chat with us, Bret sat in the front of the room, quickly spouting answers to our musical questions all with that wonderful New Zealand accent he wears so well.

What exactly did we talk about? Read on for the highlights of that Muppetastic afternoon. And, well, do I really have to say it? Okay, here goes: It’s time to start the music…

You won an Oscar for your song “Man or Muppet.” While working on the music for Muppets Most Wanted did you feel pressure to meet that kind of standard again?

BRET MCKENZIE: Yeah there was a lot of pressure because of the Oscar, but really what could I do? I had to get on with the job and just, you know, forget about that. I didn’t work on the last Muppet film to win awards.

BRETT: They send me a script with the idea of a song and it’s usually quite a loose idea. For example, the ballad. It was originally called “Love Ain’t Easy,” and it was a Piggy ballad. And first of all I was nervous because Piggy is a great comedic character, but not a great singer. I was worried about her carrying an emotional ballad because there’s only so much of her voice that the audience wants to hear.

Thirty seconds is great; but a couple of minutes really starts being a bit painful. So I suggested we try and get a singer to help her and we were really excited when Celine Dion agreed. I’m hoping that these two divas will get like a Las Vegas Celine Dion/Piggy Diva Night. That’s my dream. Anyway so then I would write the song and adapt it for the characters.

Sometimes you get someone like Tina Fey who’s got the role of a prison guard and I always wanted to do this doo wop song. I started working with her and I adjusted the song to suit her voice because it was the wrong pitch. We worked together to find her strengths, where her voice sits. And that’s one of the benefits of being the songwriter and producer of the songs as well. If it’s not working, I can just change the song.

If you could be a Muppet, which Muppet would you be?

BRET: I would probably be one of the two old guys, because they get a lot of the best jokes. It’s between them and Animal for me. Yeah. Animal’s great. And Swedish Chef is a guaranteed laugh at home. [IMITATES SWEDISH CHEF] Snoop du beshdabeers. [LAUGHS] Everyone can do a Swedish Chef, And the kids just love that character. He’s pretty fun.

Whose idea was it  to re-use an old Muppets song for the last musical number in Muppets Most Wanted? 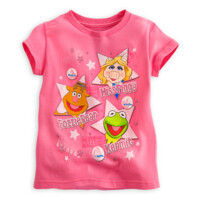 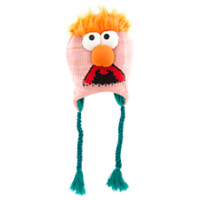 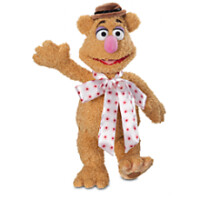 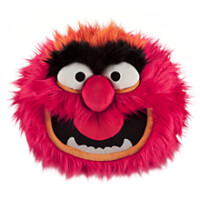 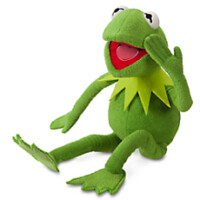 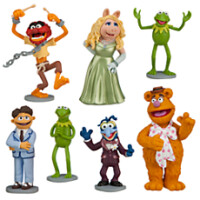 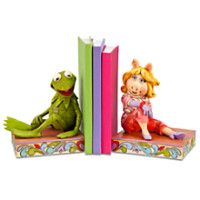 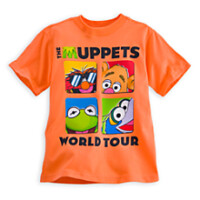 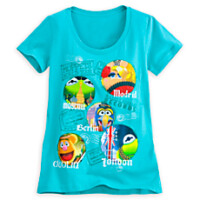 6 thoughts on “Meet Bret McKenzie, the Man Behind the Muppet Music #MuppetsMostWantedEvent”