I remember the days of dumping out my piggy bank, scooping up all the quarters and heading to the local arcade. Yeah, back in my day, that’s how we played video games. Oh, and we walked through 10 feet of snow for 50 miles just to get to the arcade too. Yeah, that’s the ticket.

These days, man, kids have it sooo easy. What with their Nintendo 3DS systems, their Wii U‘s and loads of stores filled with games to  keep them occupied for a dozen lifetimes.

But get this… today’s gamers can do more than just play Super Mario Bros. in their jammies; they can buy and download it too! 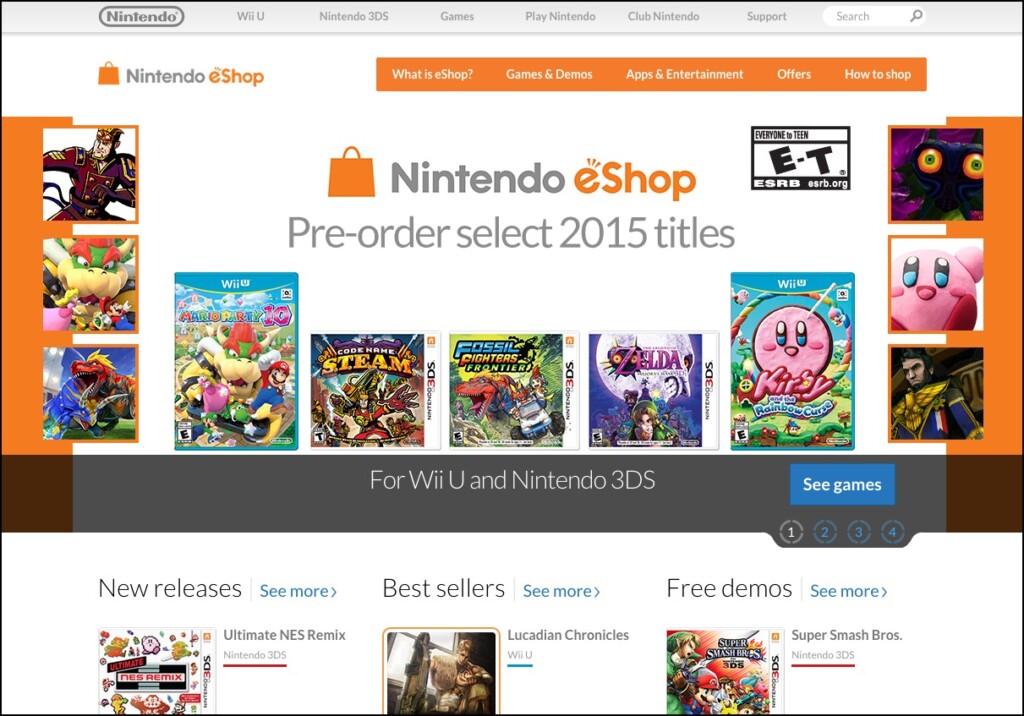 If you haven’t visited the Nintendo eShop yet, you’re totally missing out. You can pre-order upcoming titles and purchase existing ones, downloading them directly to your Nintendo game system (either the Wii U or 3DS). As part of the Nintendo Kid Reviewers program, the friendly folks at Nintendo sent both my boys $20 gift cards each to use at the eShop! 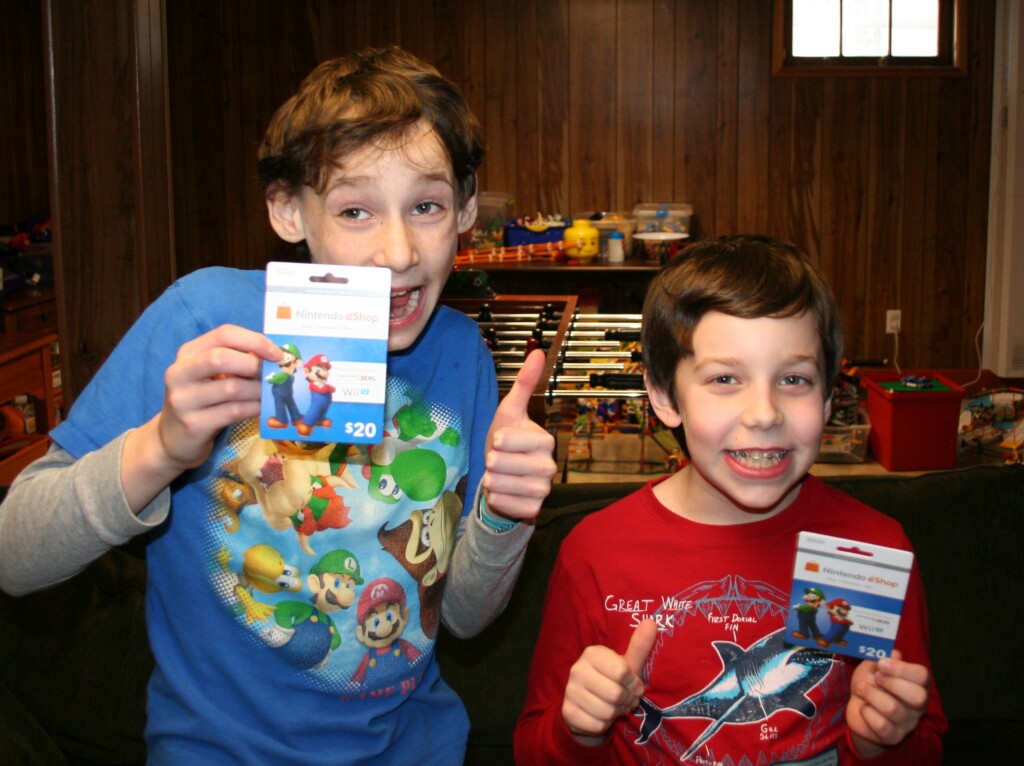 I must admit, I’m a little jealous they didn’t send me one. See, besides downloading or pre-ordering full titles, there’s a whole virtual console that lets you purchase old Nintendo games and play them on your current system. I’m talking about games from the original NES, the Super Nintendo, N64 and more!

Not just Donkey Kong, Super Mario Bros. and the original Legend of Zelda in its 8-bit glory, but dozens of other fantastic titles that I grew up playing! The original Punch-Out!! Castlevania! Mega Man! Duck Hunt!!!

I honestly wouldn’t know where to begin myself, and both my boys had similar problems. There’s just so much good stuff at the eShop!!! 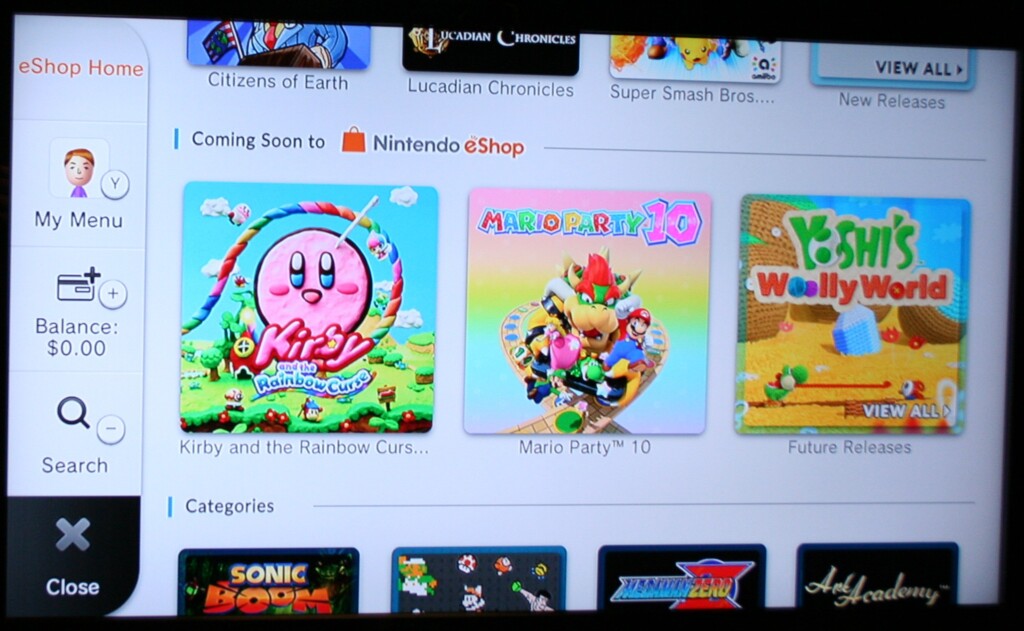 Jason decided to use the Nintendo eShop on the Wii U to download a number of games. 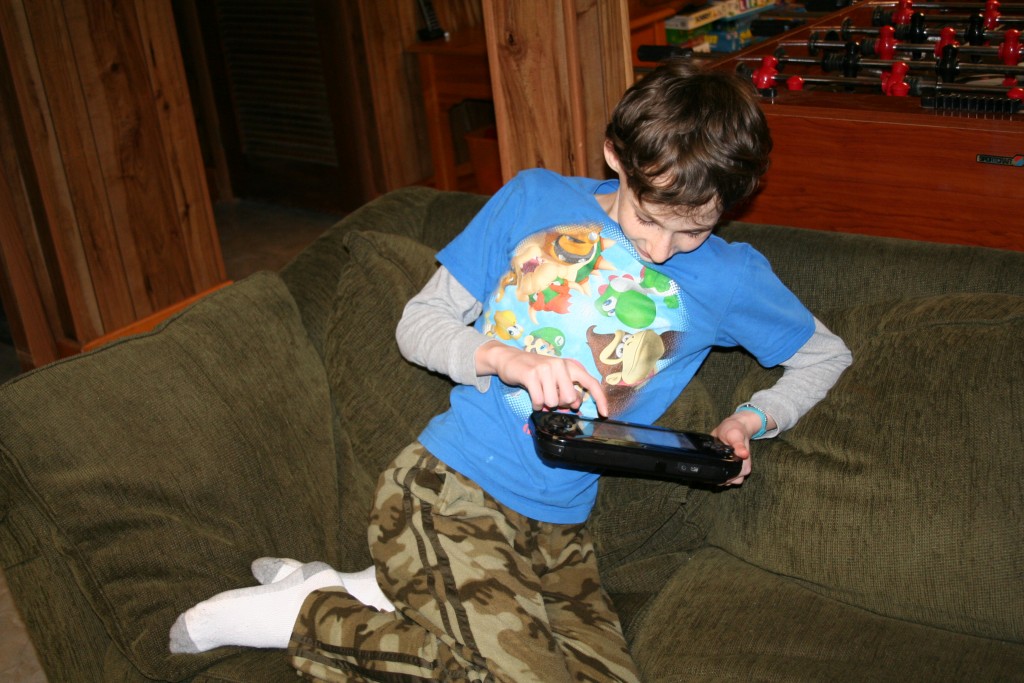 While he’s not wearing his pajamas, Jason’s still relaxing at home on the couch as he browses through classic NES games to purchase on the Wii U gamepad. 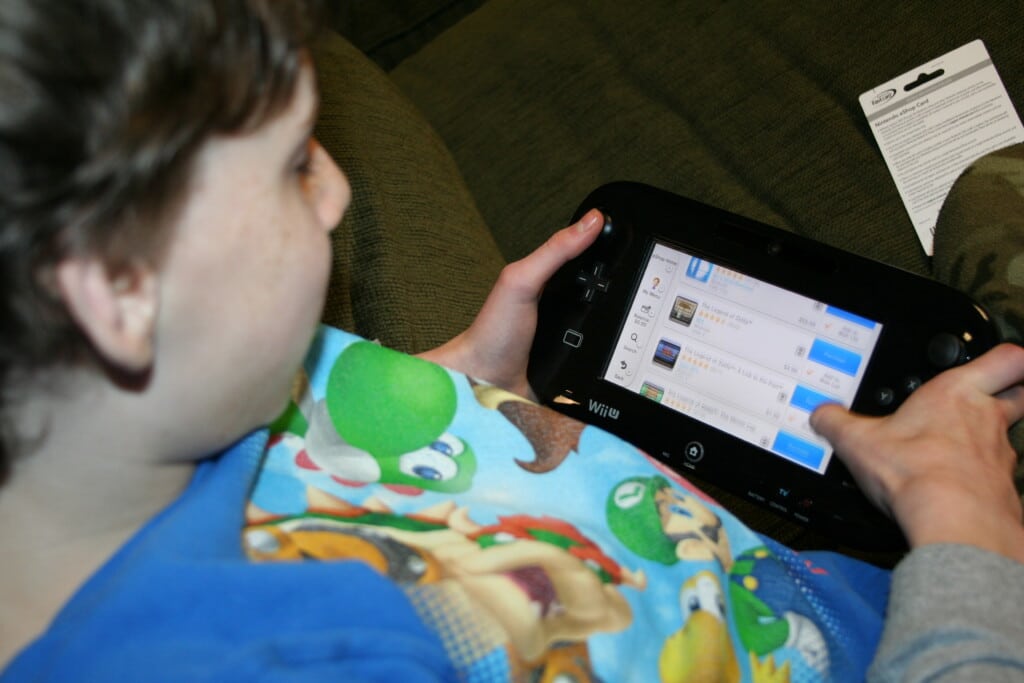 It’s super easy to add credit to the Nintendo eShop. You can hook up a credit card to it (which would be real scary in my case, as I’d probably max out our limit buying up every game ever made!) or use a Nintendo eShop card. The card’s are just like gift cards where you scratch off the back and simply enter some numbers to add the funds to your account. Both my boys were easily able to handle this on their own. 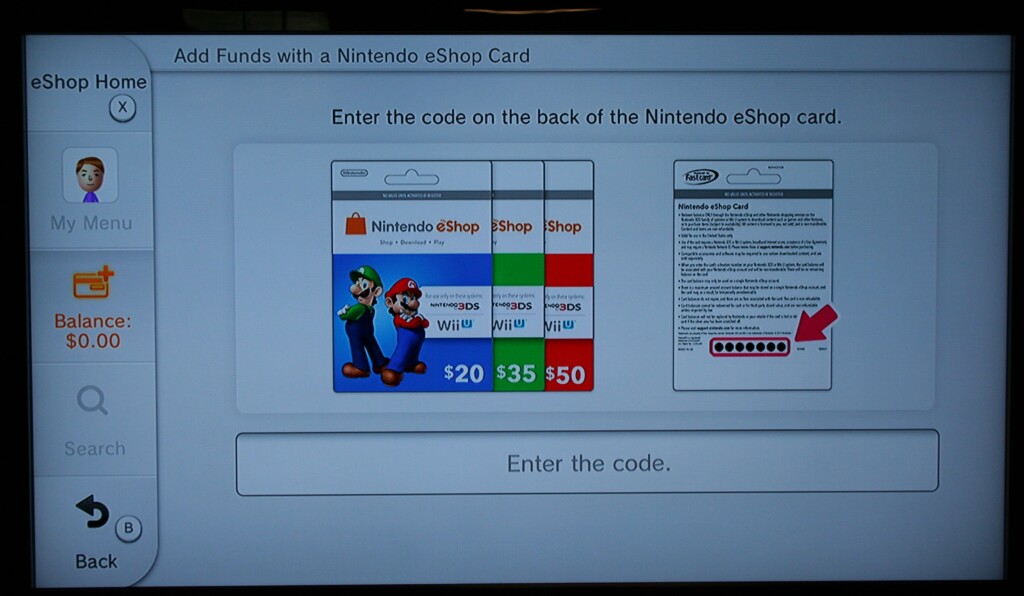 So what did Jason end up buying? And what did he think about the Nintendo eShop? I’ll let him tell you:

Ryan, on the other hand, decided to use the Nintendo eShop on his 3DS. Again, it was real simple for him to set things up and add the funds. 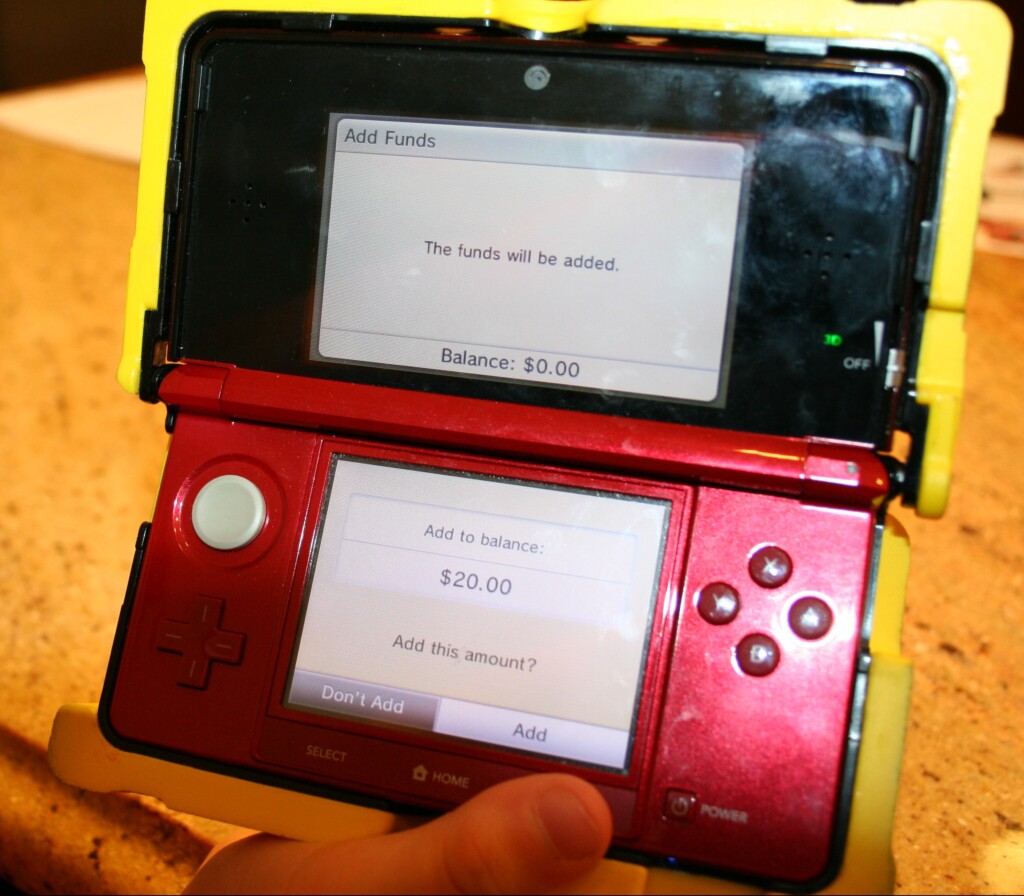 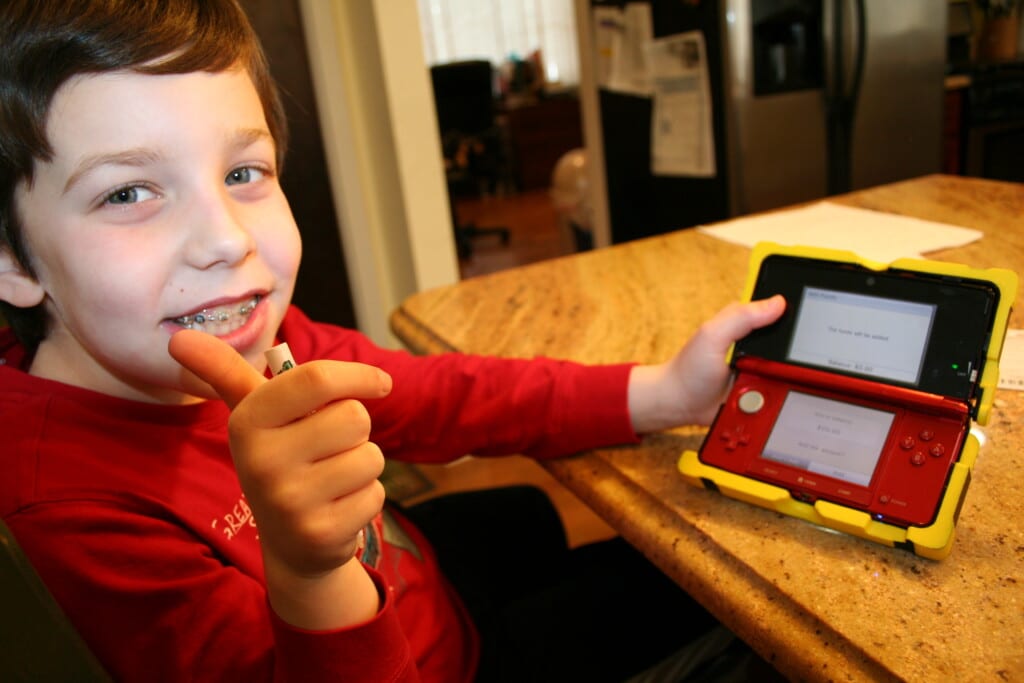 Somehow I convinced Ryan to get one of my favoritest NES games ever: Metroid! I know he loves the character Seamus, who he uses in Super Smash Bros. So now he can play Seamus’ very first adventure! I spent so many days back in high school trying to beat this sucker and when Ryan’s not looking, I’m totally going to jump on his 3DS and try again! 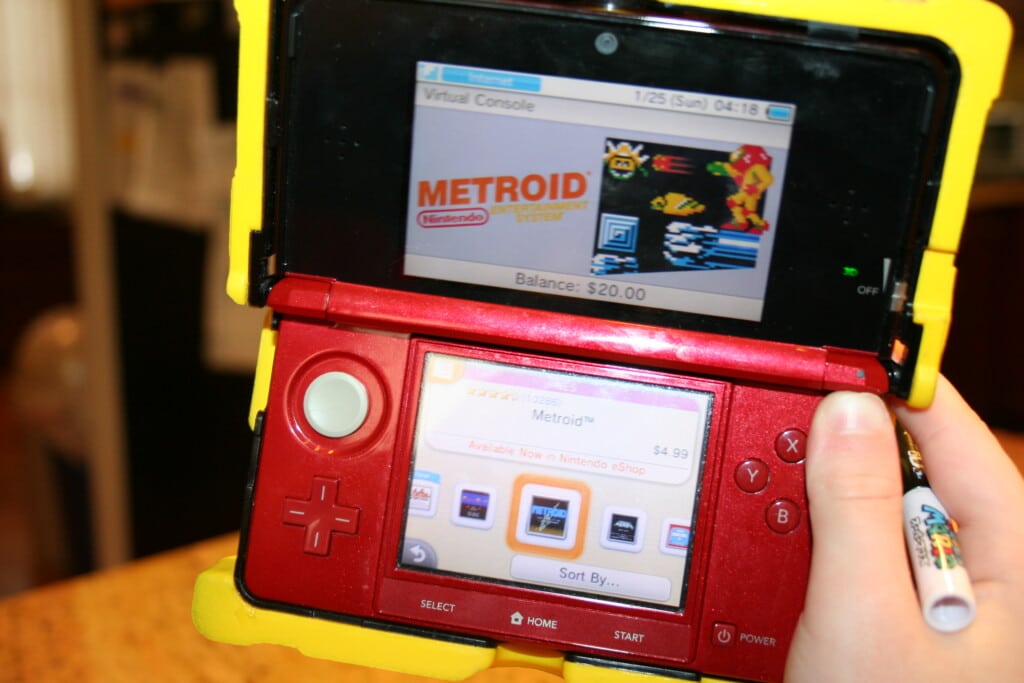 What’s really cute about buying things in the Nintendo eShop is that after they’re downloaded, they show up as little wrapped present icons! You just click the bow and it opens to reveal your downloaded game. 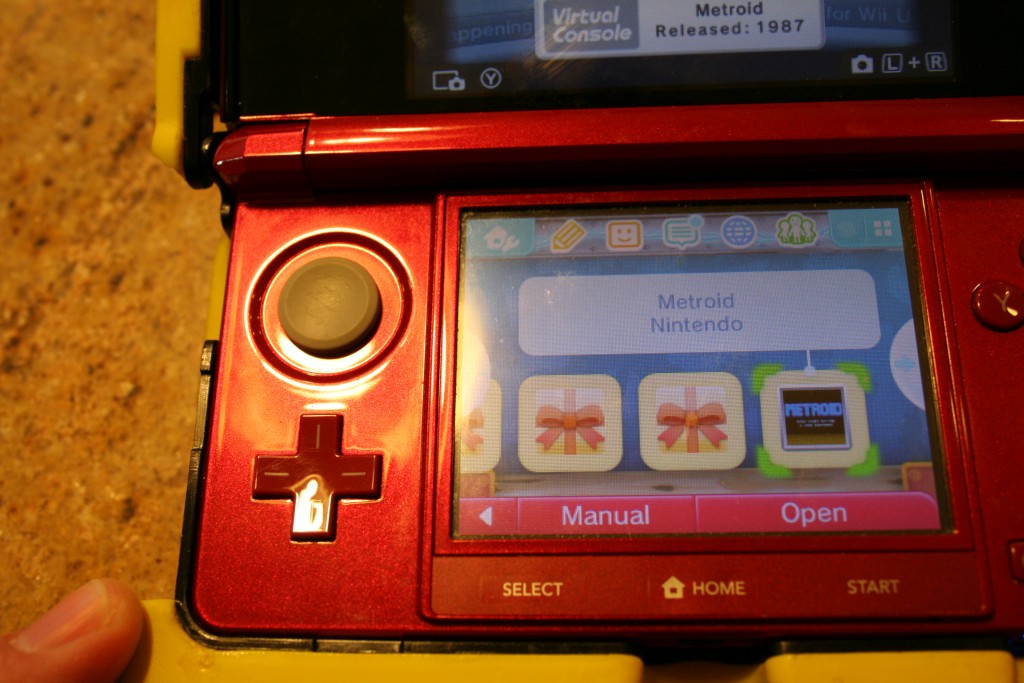 I’ve already showed you that he nabbed Metroid, but what else did Ryan download? Take a look:

I’m a big fan of the Nintendo eShop and applaud Nintendo on making it a really great interface for both kids and parents. With the eShop gift cards, it’s super simple to give anyone the gift of unlimited choices. It’s also really easy to search for games too, even filtering results by game system if you’d like! They even have demos if you want to learn a bit more about a game before buying it.

I for one need to get on there and play the original Mario Kart! Now if Nintendo would only add the original NES Pro-Wrestling game to the eShop… That one’s easily my all-time favorite.

Special thanks to the amazing Ryan for helping edit the videos in this post!