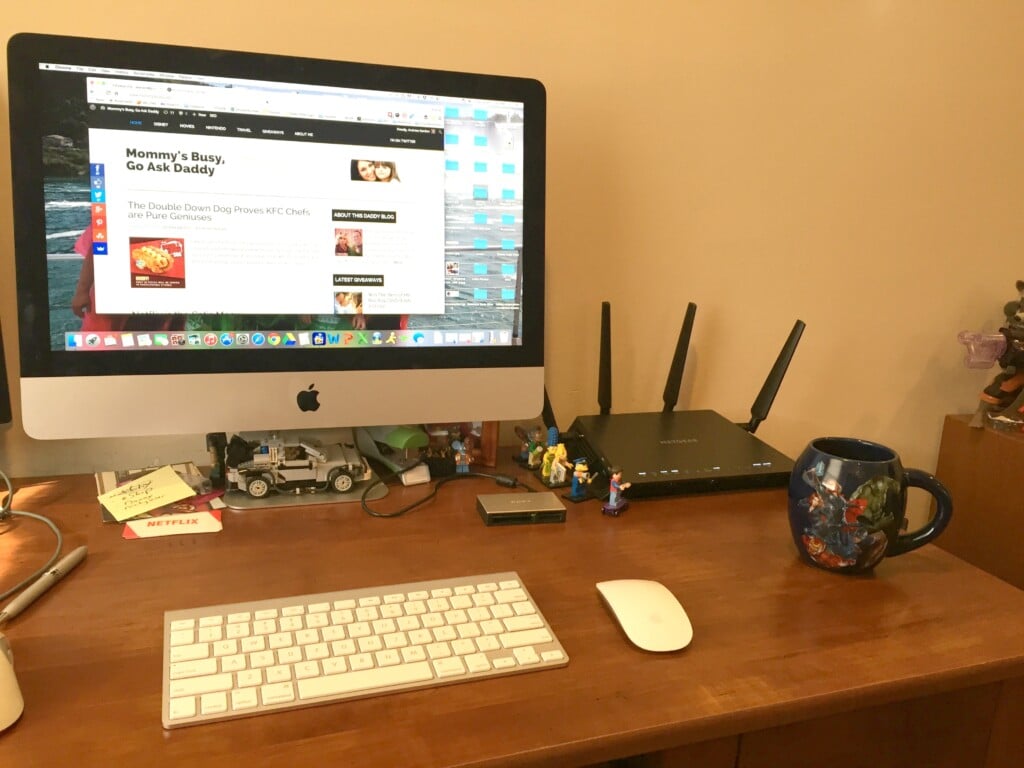 Kids today. With their iPhones. Nintendo 3DS units. YouTube. I tell ya, it’s a technological paradise.

Why, I still remember the “Good Ol’ Days” where we literally had to use a dial-up modem to connect to a BBS, just so we can hang out in a chat room and talk about how amazingly cool this “online” thing is.

And who could ever forget the melodic pitch of the modem finally making its connection. Yeah, I’m not sure who invented that noise but they somehow beat out “fingernails on a chalkboard” for most spine-tingling awful sound.

Anyways, these days modems have gotten just a “tad” bit faster. And thanks to all sorts of nifty routers, they’ve also gone wireless over the years. Except with a slew of laptops, game devices, smartphones, tablets and the like, too many cooks can certainly slow down the WiFi.

I can’t tell you how many times I’m working on my laptop, while Allie’s streaming “How I Met Your Mother” on the iPad, and the boys are trying to download an update on the Wii U. Suddenly everything is moving at a snail’s pace.

Well apparently I wasn’t the only one that was happening to, or else companies like Netgear wouldn’t have made such a crazy, souped-up modem, right?

I was asked to review the Netgear Nighthawk x4 AC2350 Smart WiFi Router (R7500) and considering the sheer volume of WiFi-enabled devices in my house, I quickly jumped at the chance. Though to be honest, even if I didn’t have a computer, I’d want one of these. Seriously, how cool does this look?!? 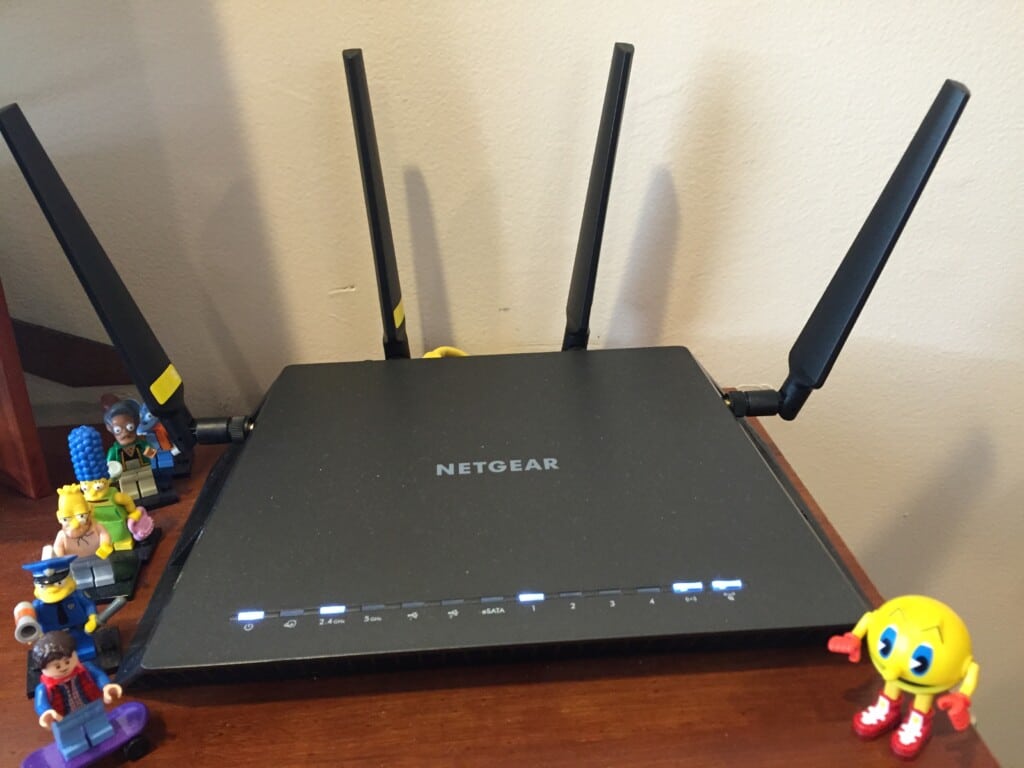 Setup was pretty simple all around. First, you physically attach the four antenna and then plug in the router just like any other. I followed the installation procedures and within five minutes I was up and running.

Using the Netgear Genie app (you can even get it on your phone!), you can alter a slew of settings. 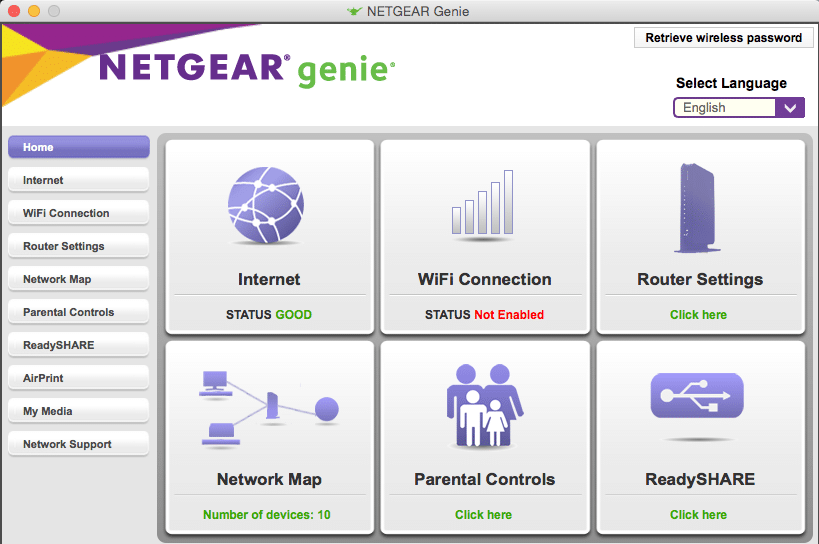 My favorite is that you can quickly see exactly who’s connected to the router. And since it’s a dualband, you can make sure everyone’s spread out evenly to keep things running smoothly. 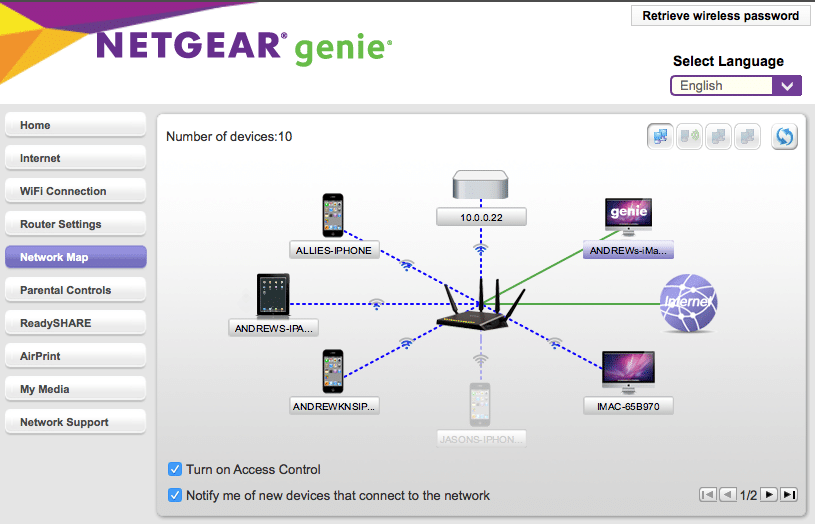 Take a look at the details of the Nighthawk x4 Smart WiFi Router:

The Nighthawk X4 AC2350 WiFi Router with Quad-Stream X4 Architecture, delivers the single fastest WiFi connection, up to 1.73Gbps, and a combined speed of 2.33Gbps. With next generation Wave 2 WiFi, a 1.4GHz dual core processor, and features like Dynamic QoS, X4 delivers unmatched performance for gaming, streaming and mobile connectivity.

We’ve been using the new Nighthawk x4 Router (R7500) for a few weeks now and I have to say I haven’t noticed any real slowdowns at all lately. It’s been a serious pleasure, especially since we now have an iPad, iPad mini, Kindle Fire and three iPhones generally running at once. Not to mention Blu-ray players connected to Netflix, the Wii U and Xbox 360, Nintendo 3DS systems, oh and three desktops. 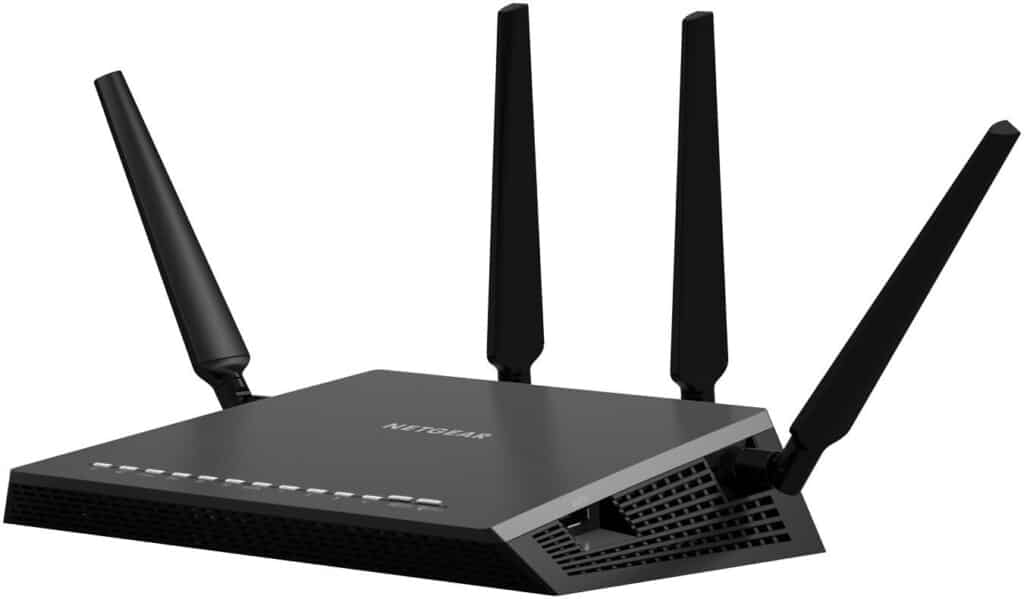 Now they’re not all running at the same exact time, but between me juggling eBooks on different devices, and the kids multitasking as they game (Jason will sit at his WiFi computer, while texting a friend on his iPhone and playing a game on his 3Ds all at the same time), you’d think the router would just implode at this point.

If you’re looking for a solid solution to your WiFi conundrums, definitely consider giving the Nighthawk x4 a try. At the very least, it’ll make your desk look like it belongs to NASA!

I was sent a Netgear Nighthawk x4 AC2350 Smart WiFi Router for review purposes. No other compensation was given. All thoughts and opinions in this post are solely those of the author and were not influenced by the company.