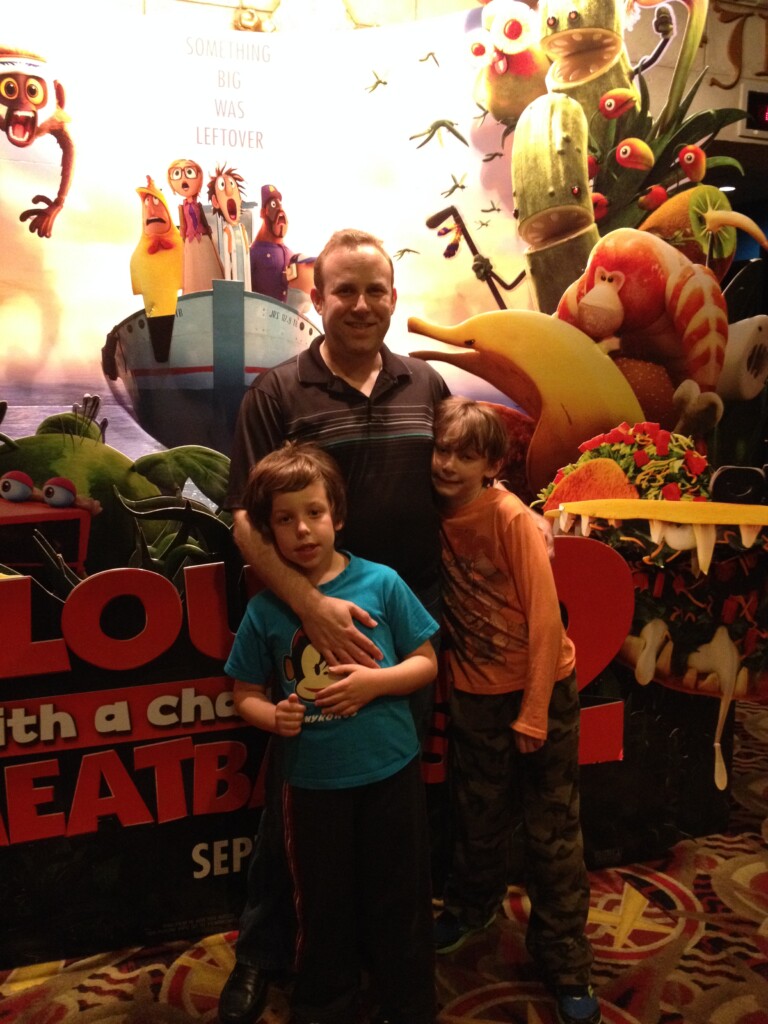 Blogging certainly has its privileges. Thanks to my blogging connection with Mamarazzi, I was invited to a premiere of the new animated film Cloudy With a Chance of Meatballs 2 in New York City.

Never having gone to a movie premiere before, I couldn’t wait! In fact, the closest I’ve ever come to anything similar was that one time I went to see Return of Swamp Thing with my childhood friends Eddie, Gary and Ethan on opening day and we were the only ones in the entire theater.

But I didn’t just go because it was a movie premiere. I LOVED the first Cloudy With a Chance of Meatballs movie. I loved the story, the animation, the voices, the details, the humor. And it certainly didn’t hurt that Mr. T did a fantastic job as the tough-as-nails policeman with a heart of gold. (Sadly, Mr. T didn’t reprise his role in the sequel.)

Allie and I have been dying to see the sequel from the first moment we laid our eyes on the hysterical trailer! So when I had the opportunity to catch it with her and the kids a few days before it officially opens, well, you don’t need to be a psychic meteorologist to predict what happened next.

Yep, flash forward to today and we met up at the Loews Theater on Broadway and 68th Street. 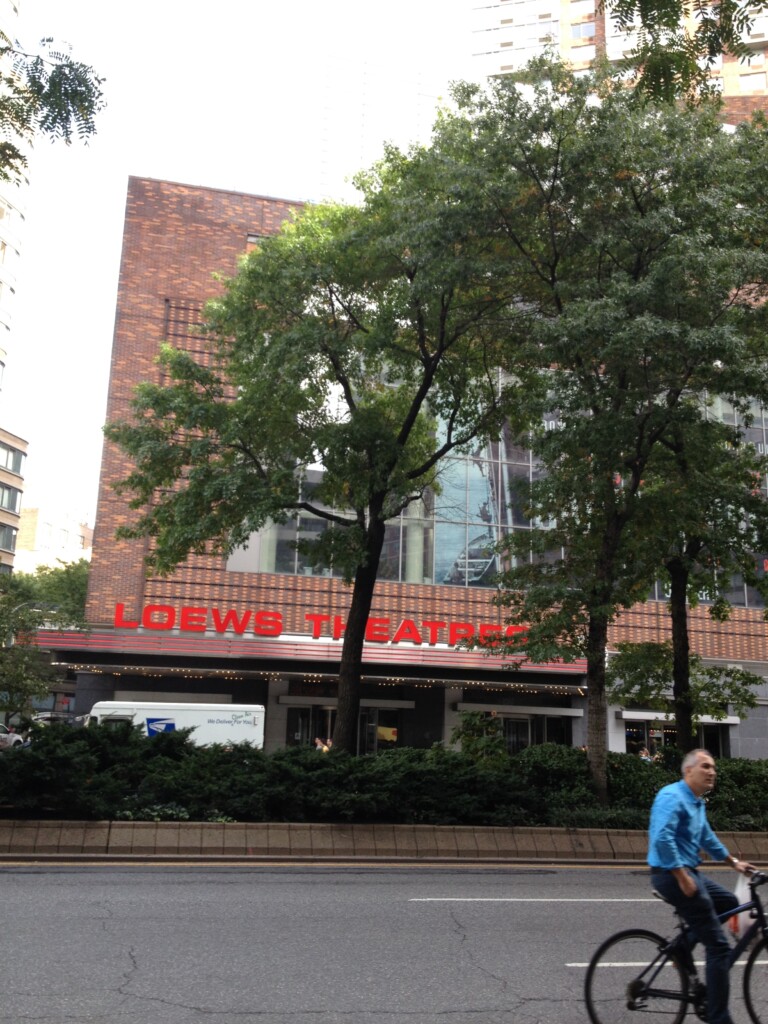 As part of a very select group of bloggers, I expected a red carpet to greet us at the door! Sadly, I was mistaken. But we did get to sign in and then head deep down a funky rainbow escalator!  The picture doesn’t do it justice, but there were multi-colored lights all around this thing from the second you took your first step. 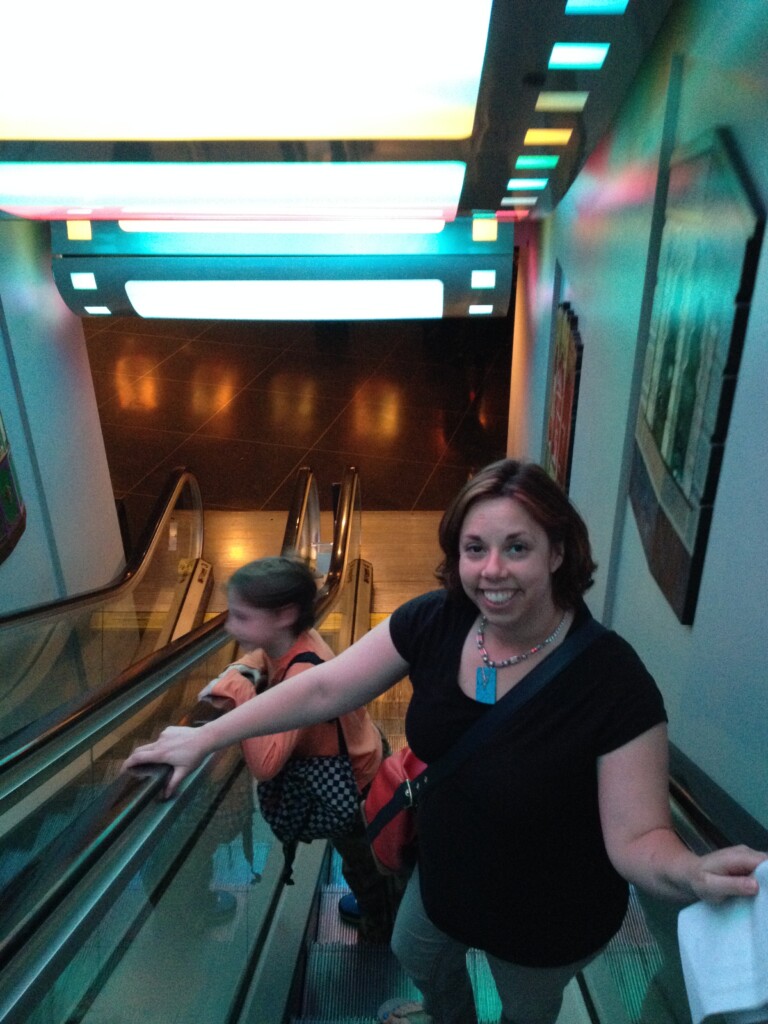 In the lobby, we met up with other bloggers and Jason and I took advantage of a photo op.

Apparently Subway is promoting the movie with Kids Meal tie ins. They were nice enough to provide everyone with boxed (and bagged) sandwiches. (Thanks, Subway!)  How neat are these reusable lunch bags? 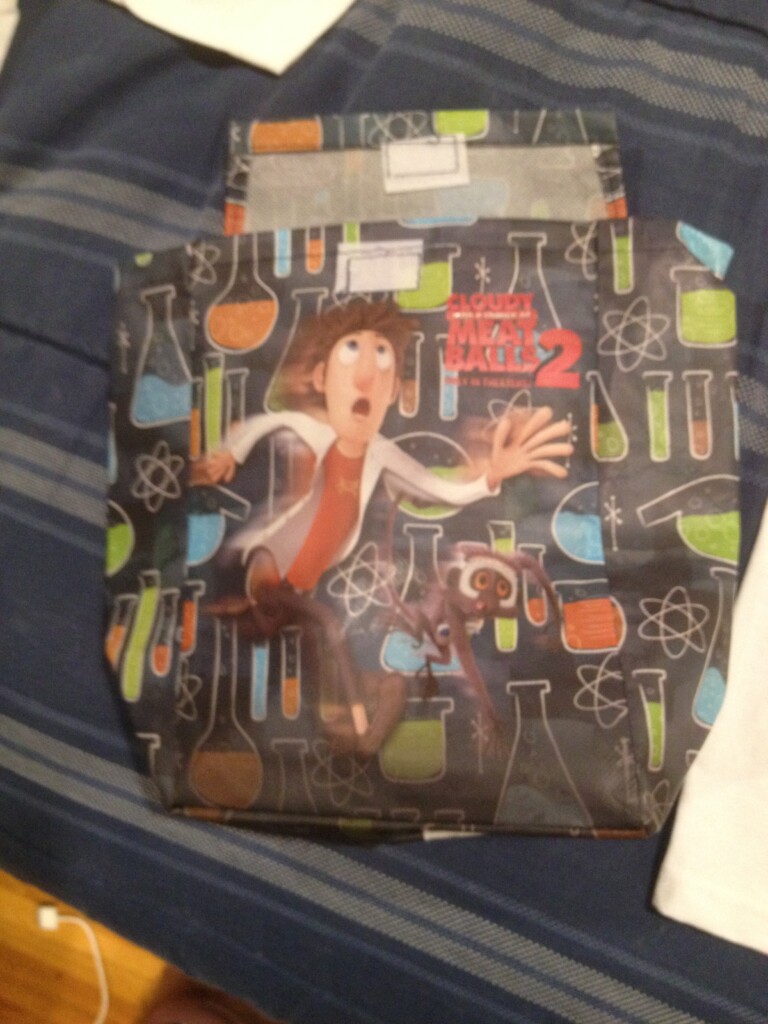 Off in the corner, I saw Flint Lockwood himself (that’d be the voice of Bill Hader, well, it was the entire voice and body of Bill Hader actually)! He was in a corner answering questions from a number of kids. 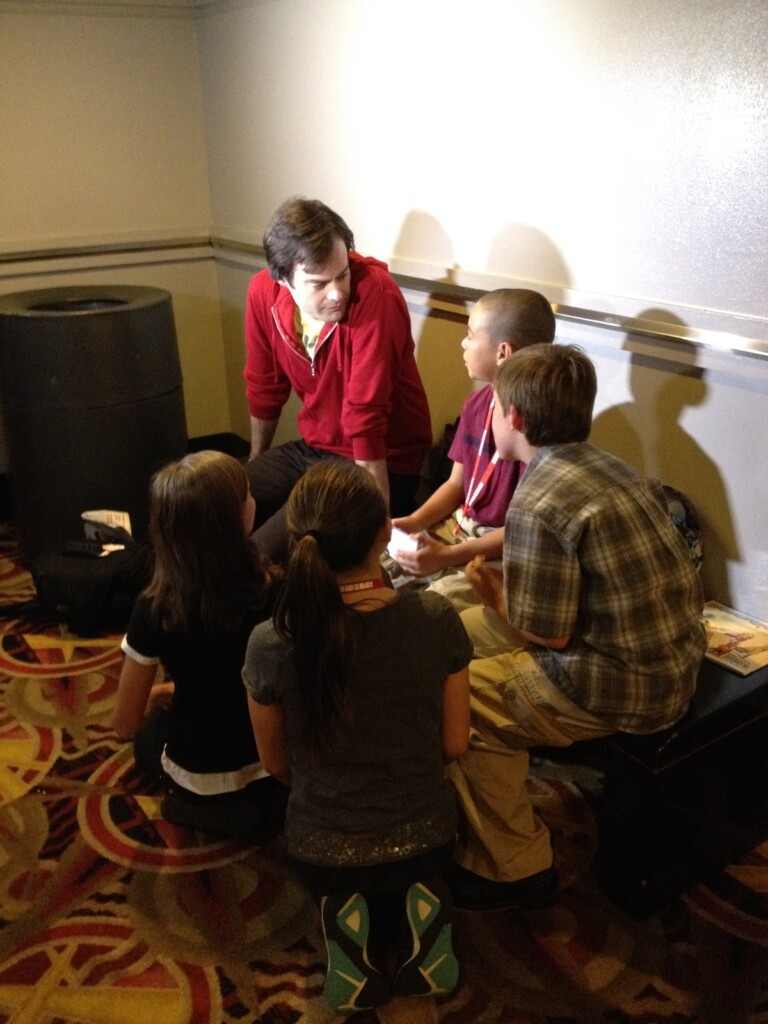 We settled in to our seats and, of course, I had to get Jason his butter with popcorn, and Allie her fix of Coke Zero.

A few minutes before the film started, we were greeted by Denise and Melissa from TheMoms. They gave a brief intro to the event and then welcomed Bill Hader to come up and answer some of their questions. He brought a few delicious-looking guests with him too.

Bill even answered a few questions from the kids in the audience! While he only chatted with us for about 5 minutes or so, it was still great to meet him and hear his voice. He really sounds just like Flint!

The lights went down and the movie kicked off without a single ad or preview!

While it’s always tough for sequels to be as good as the original (they always lack that complete newness), Cloudy With a Chance of Meatballs 2 most definitely holds its own. The food animals most definitely steal the show. Between the adorable marshmallow critters and the hysterical sardine-eating pickles, I could totally see an entire cable channel like Animal Planet covering these guys around the clock!

The writers do a great job of recapping the original film, so if you haven’t seen the first one (which I highly recommend you do!), you won’t be lost at all this time around. There’s also a great lesson mixed in about friendship and being true to yourself.

If the first Cloudy With a Chance of Meatballs was a hot fudge sundae, then the sequel’s the cherry on top. It’s a great continuation of the original and I can only hope they somehow come up with an idea for a third installment!

On the way out, the kids got some really nice goodie bags filled with an activity book, story book and T-shirt.

On the drive home we reminisced about our favorite scenes and just talked about the entire experience. Then Jason gave the best possible review anyone could ever offer: “I want to go see that movie again!”

Normally, I’d just roll my eyes at that. But this time around, well…I kind of have to agree with him.

Cloudy With a Chance of Meatballs 2 opens Friday, September 27