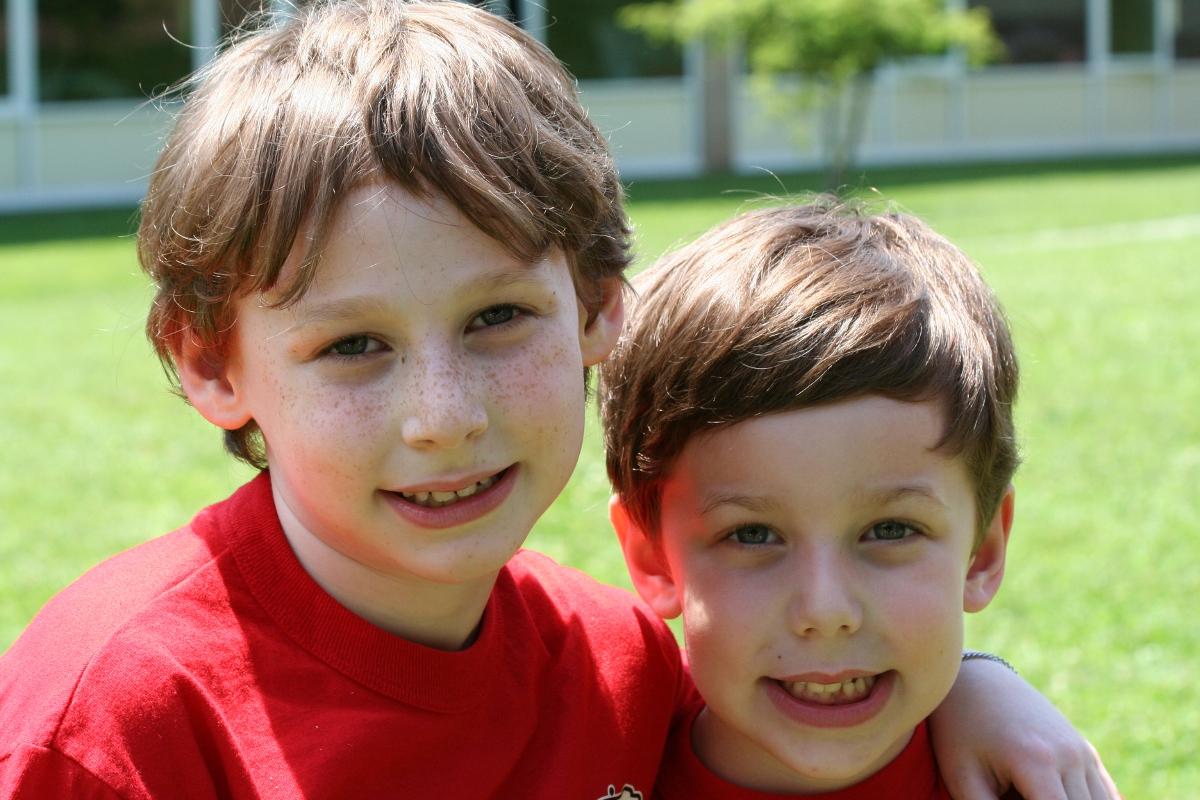 As another school year comes to close, my kids participated in Olympic Day once again. Otherwise known as Field Day. Or as we parents call it, the Stand-Out-In-The-Crazy-Hot-Sun-For-Hours-On-End-To-See-Your-Kid-Run-For-Two-Minutes Day.

The school breaks all the students up into three competing teams; red, white, and blue. This year, both my boys were on Team Red. Thankfully they try to match up siblings to keep us parents sane. The crummy part was that K-2 competes in the morning and 3-5 gets the afternoon shift, with about an hour and fifteen minute break in between. So yeah, my wife and I spent just about the entire day there.

It’s really a blast though, because the kids get so into it. Lots of girls color their hair to match their team, and some boys put on loads of face paint. As for the events, there’s tons of races, including hurdles, a relay and sack race. There’s an entertaining long jump, a javelin toss (no worries, they’re Nerf javelins) and my favorite of all… the tug of war. If only there was a mud pit for the losing team to fall into.

Here’s some highlights from the day: 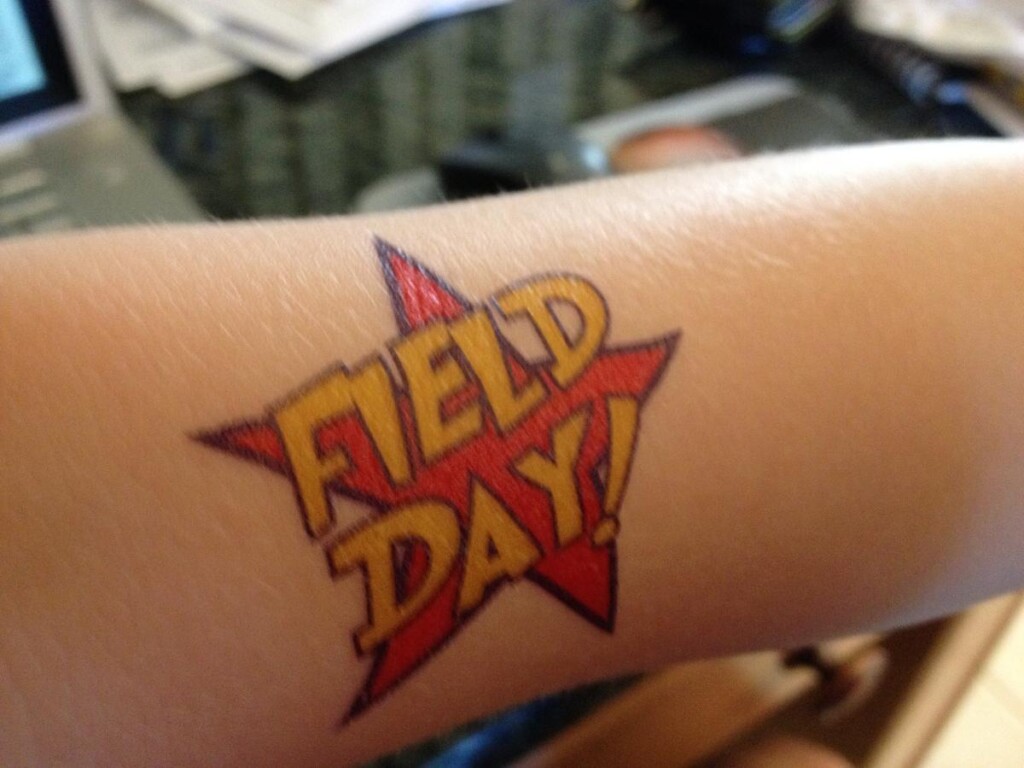 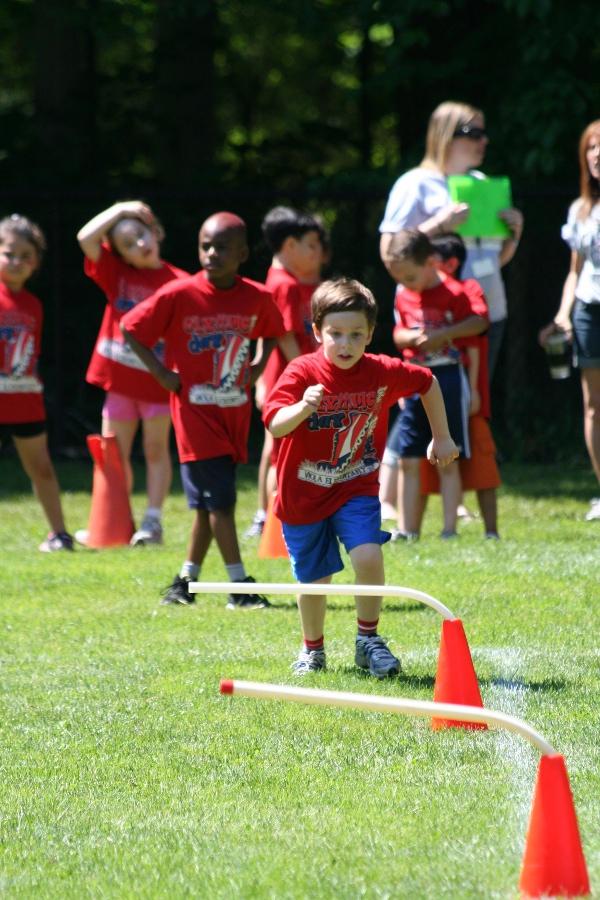 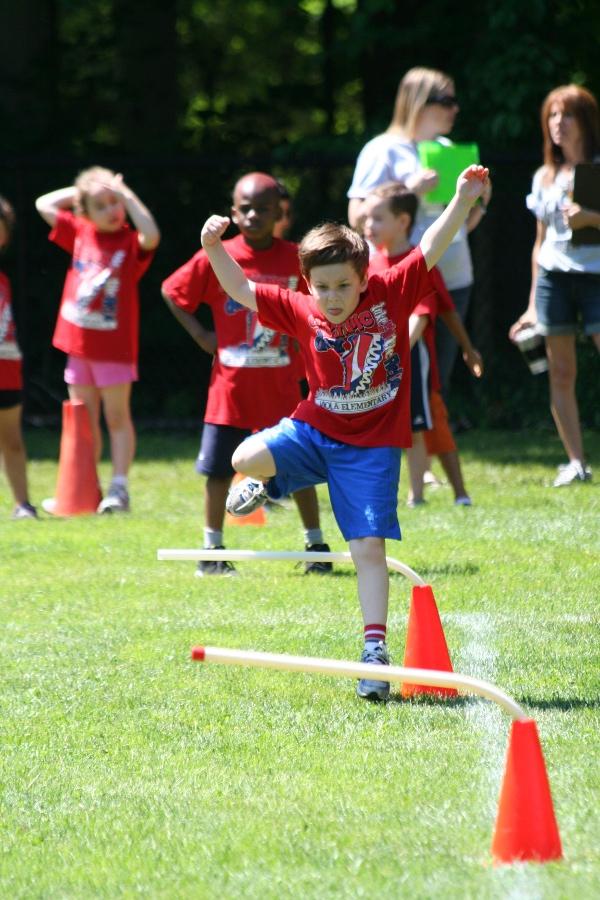 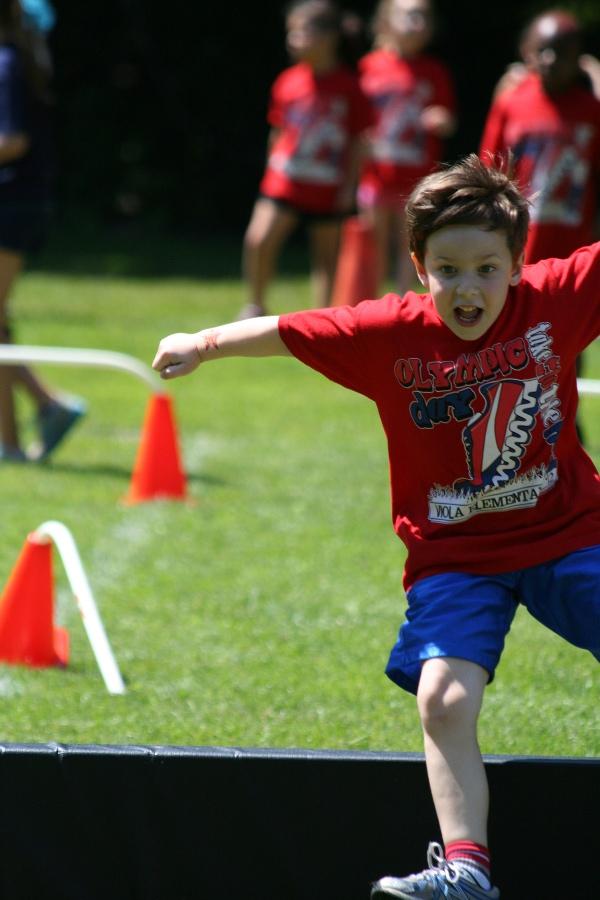 Ryan took to the hurdles like an Olympic runner takes to… uh… hurdles. We’ve since had to set up multiple obstacle courses on our driveway and proceed to jump over anything and everything we find. 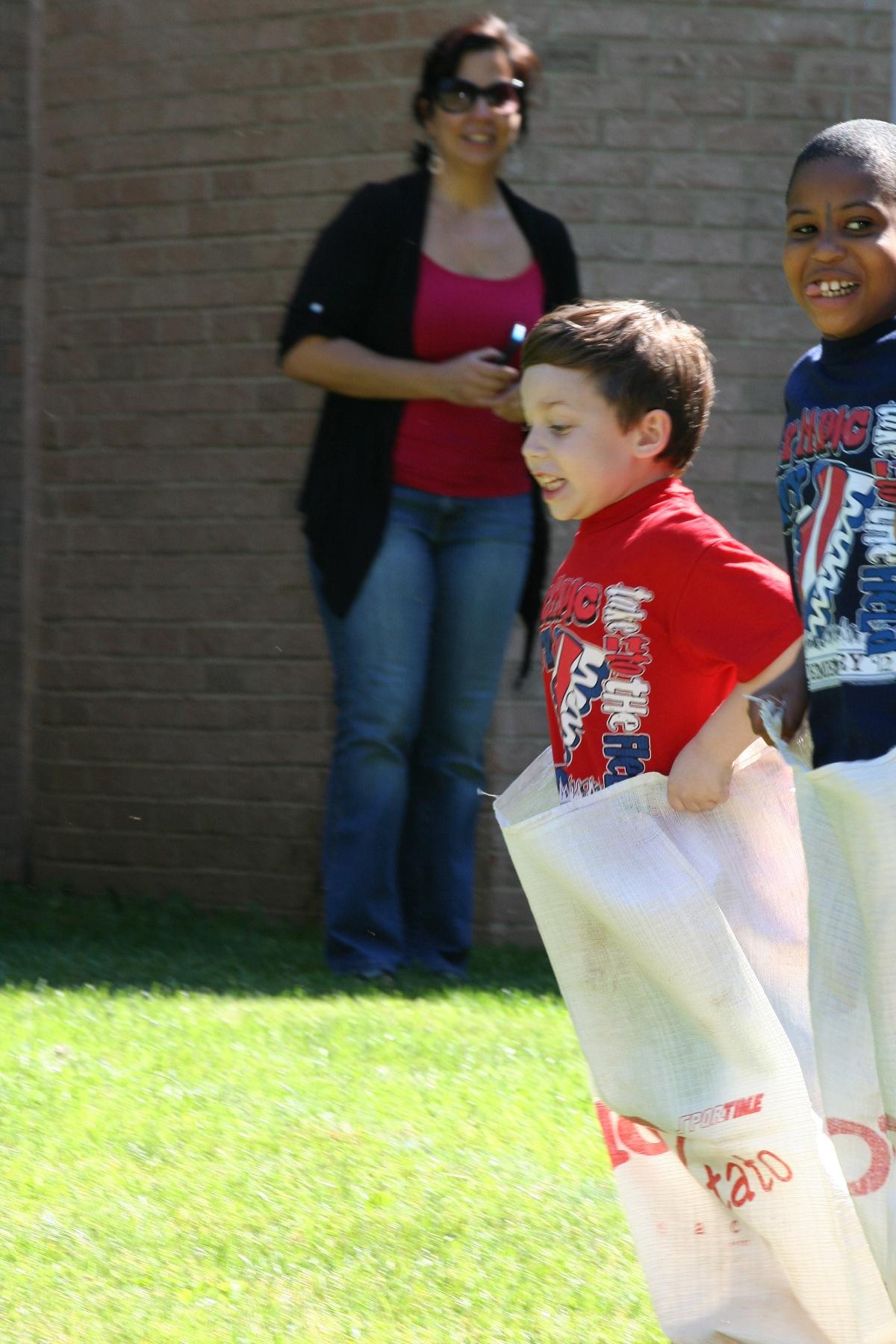 He won’t eat potatoes but he’ll sure jump in a potato sack no problem. 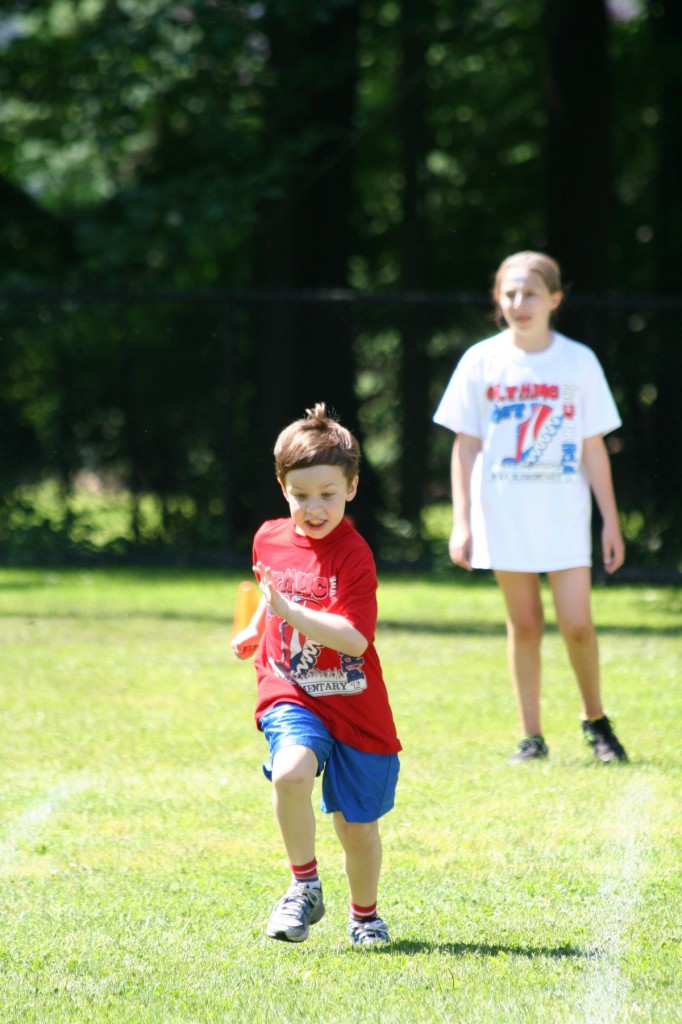 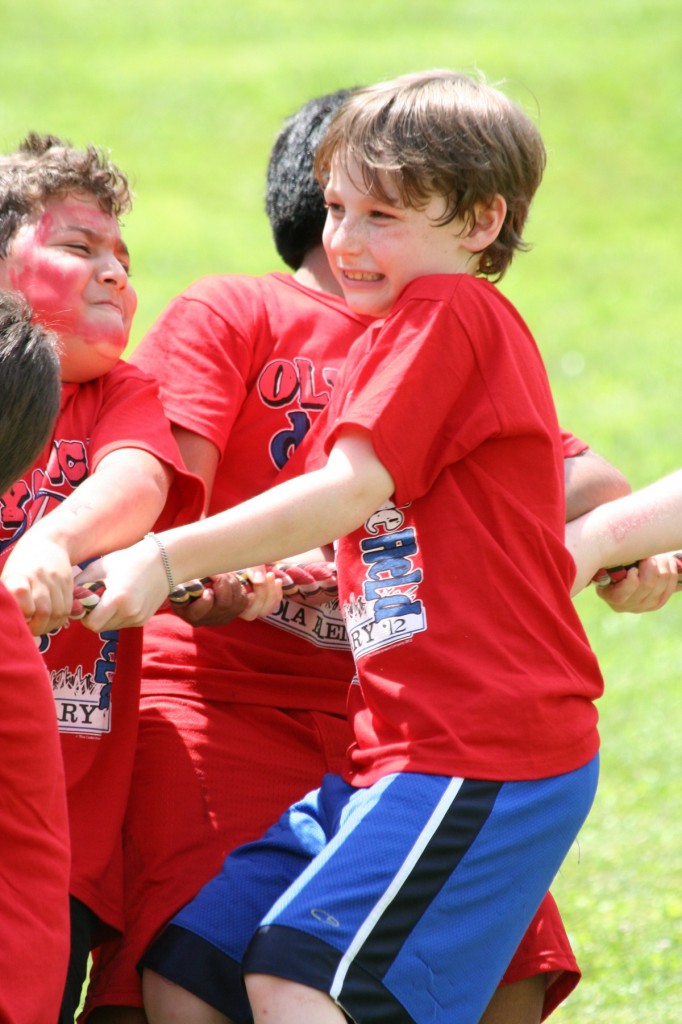 Jason and Team Red gave it their all, but lost both tug-of-war matches. Personally, I think I saw a few large kids on Team Blue that looked like they were juicing. 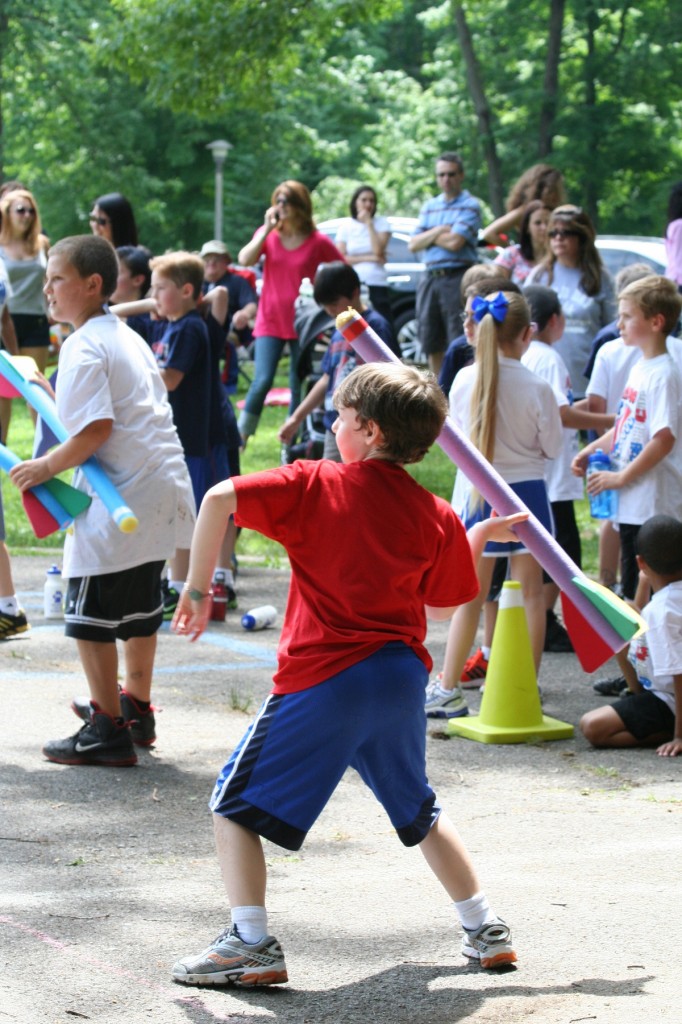 Who knew my kid could actually toss a Nerf javelin pretty straight and far? 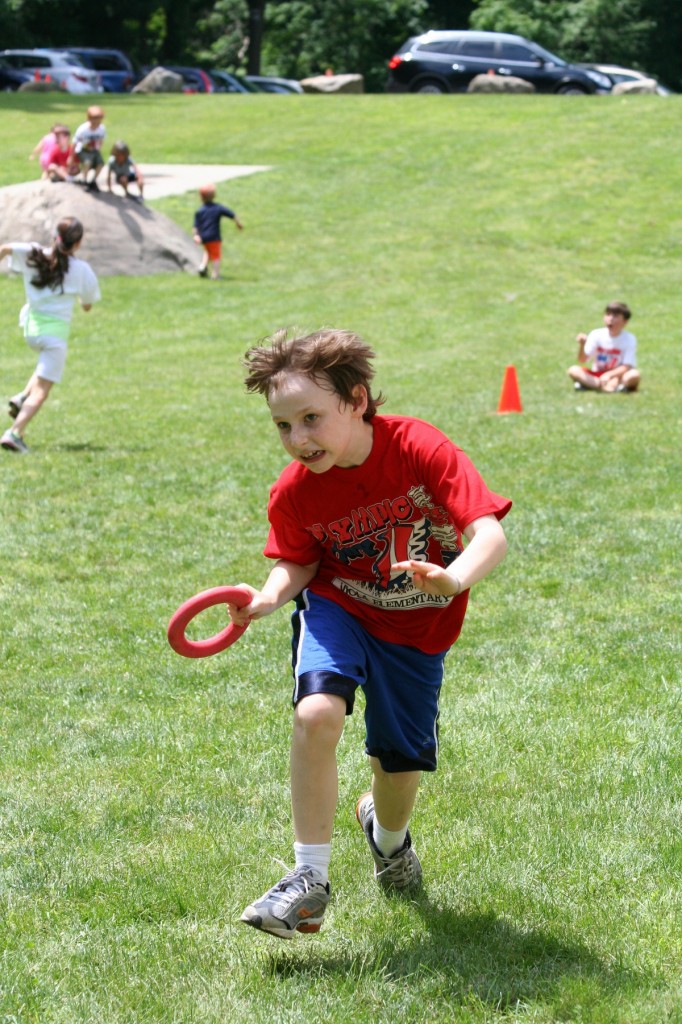 The Relay Race was probably the longest event of the day. Each kid had to run to the cone and back, and then hand off the donut to the next person in line. Twice. 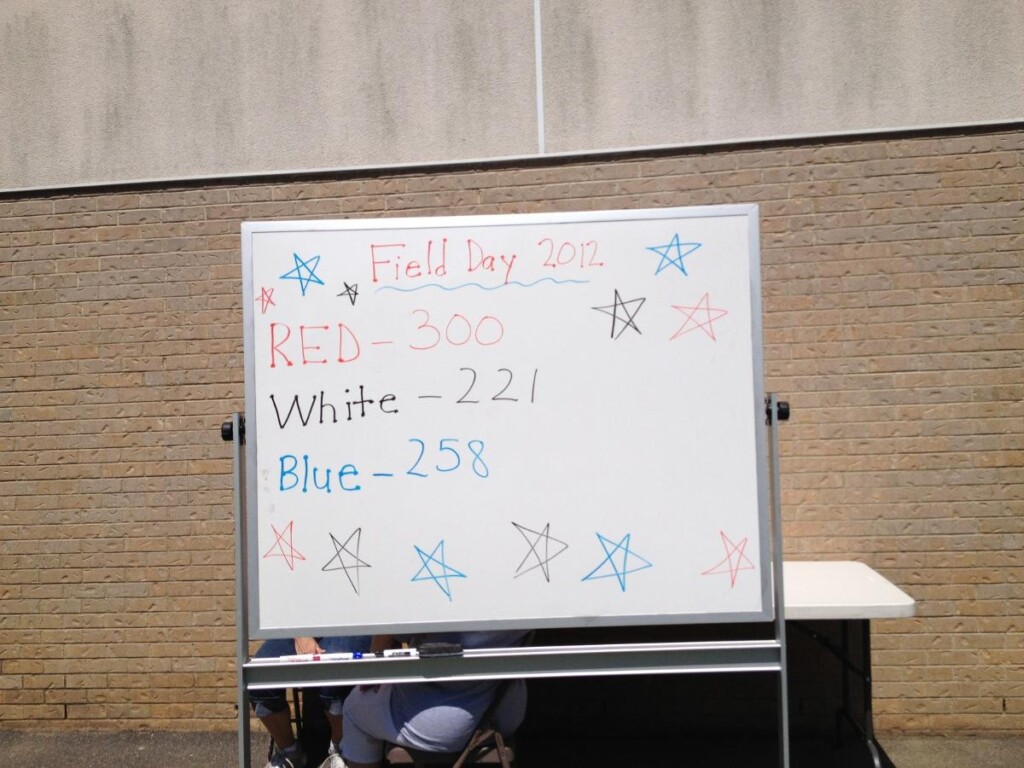 While this wasn’t the final score of the day, I’m happy to report that the Red Team won the Gold!

It’s a long, hot day, but every year, Olympic Day really is worth it just to see my boys and their friends get so excited running around and competing. And my wife and I have so much fun cheering them on from the sidelines. I just wish they’d have someone walking around selling beer and hot dogs. Maybe next year.

Do your kids have an Olympic Day?

12 thoughts on “I Survived Another Olympic Day With My Kids”