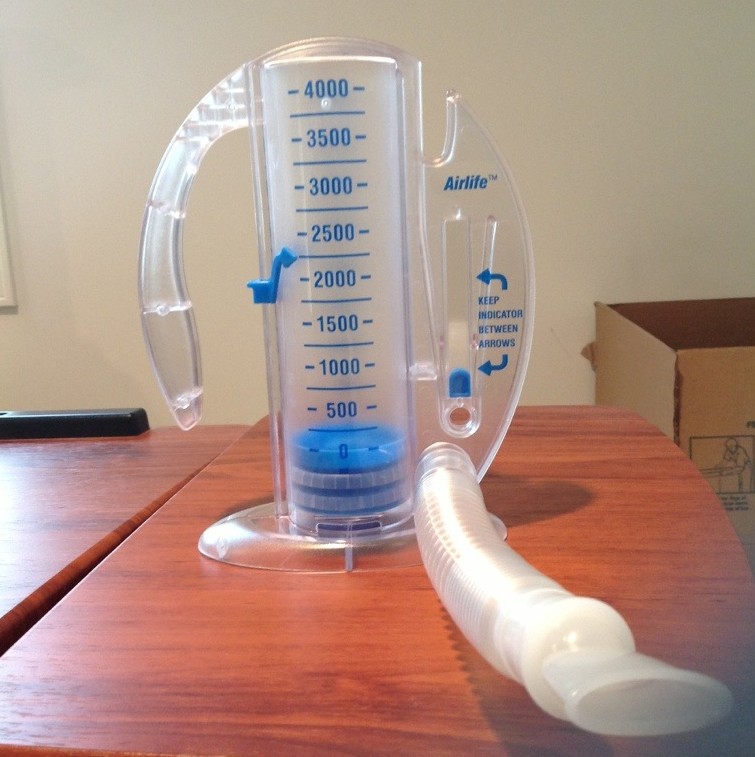 Sorry I haven’t been updating Mommy’s Busy, Go Ask Daddy much lately. At least I have a good excuse.

I spent the last two days in the hospital with pneumonia. And let me tell you, it’s far from fun.

It started last Saturday with a high fever and bad cough. I went to the urgent care place on Sunday and they diagnosed me with bronchitis, gave me an antibiotic (Augmentan) and sent me on my way.

I was getting slightly better but my fever get spiking to 102 or 103 at night and my cough didn’t get any better. Then Wednesday I had some odd symptoms in the morning. I felt way out of it, sweating like crazy, heart racing and sweating like crazy. I thought I was gonna hurl, so I made it to the bathroom. Nothing happened, so I just lied on the floor for about five minutes.

When I got up, it didn’t seem much better, so I made it to the couch and called Allie, who was on her way to work.

She cancelled her plans, tried setting up an appointment at my doctor and when she couldn’t get one until that afternoon, picked me up and took me back to the urgent care place. I figured I’d need a different antibiotic and I’d be fine.

Before I knew it, the doctor’s hooking me up to an IV with fluids and calling for an ambulance. My symptoms worried him that it could be heart related.

Flash forward to hours in the ER with loads more tests (X-rays, EKGs, loads of blood work), and it turns out I have pneumonia. But a number of my enzymes (heart and liver) were elevated, along with a real rapid heart rate, a.k.a.  tachycardia. (In my head, this was spelled Takka Cardia, which kind of sounded like a sushi roll.)

The elevated heart enzyme levels and racing heart rate were what concerned them most, and that’s why they kept me overnight. So I stayed the night, hooked up to fluids and an IV antibiotic.

Hospitals, suck. I don’t have to tell anyone that. It’s just beyond uncomfortable and the nights are the worst. If you’re hooked up to an IV, it’s really hard to sleep because you just can’t get into a comfortable position. And when they nosily bring in a roommate at 11:30 p.m., that doesn’t help either.

Thankfully, I was feeling loads better the next day, just exhausted. My numbers were dropping and apparently I was on the road to recovery. I managed to get discharged late last night and was so happy to sleep in my own bed.

I’ve got a long road to recovery ahead of me though. Doing something as simple as taking a shower leaves me pretty darn exhausted, so that I have to sit and rest for quite a bit afterwards.

I’m drinking loads of fluids, doing my breathing exercises with the cool plastic suck-on-this-tube-to-make-the-blue-indicator-go-up contraption, and walking. My goal is to slowly expand my lungs and help them hack up all the “evil gook” that’s still hanging out in there.

I was tempted to show photos of the wonderful array of colors I’m hacking up into the sink, but thought better of it. You’re welcome.

One thing I became painfully aware of while in the hospital is that I have no idea how women wax their legs (or other body parts). I had so many EKGs done, that they put tons of those little stickers all over my chest. Since I’m semi hairy, when they yanked them off, it was like grabbing hold of every individual hair on my chest and pulling with a Hulk-like force. In other words… YEOWCH! The doctors even had to shave a few parts of my chest to put the stickers on in some areas.

So no, I will never ever get my chest waxed. Looks like no future Olympic swimming for this guy.

Almost as bad, though, after being discharged yesterday, I ripped off the remaining stickers. Some had been on for a day or so. You know how when you rip a price tag off a photo frame and sometimes the paper comes off but the gooey sticky part remains? And you have to just keep picking at it, and rolling it and eventually you get all the goop off? Yeah. That pretty much describes the road map on my chest right now.

In the big scheme of things, I know there are far worse diseases and injuries that a person can get. I’m sure I’ll forget once I’m back to 100%, but every day, we should always be thankful for our health. Try not to take it for granted.

P.S. Don’t worry, I’m not turning this into a health blog. I promise to get back to the regular fun and zaniness shortly.