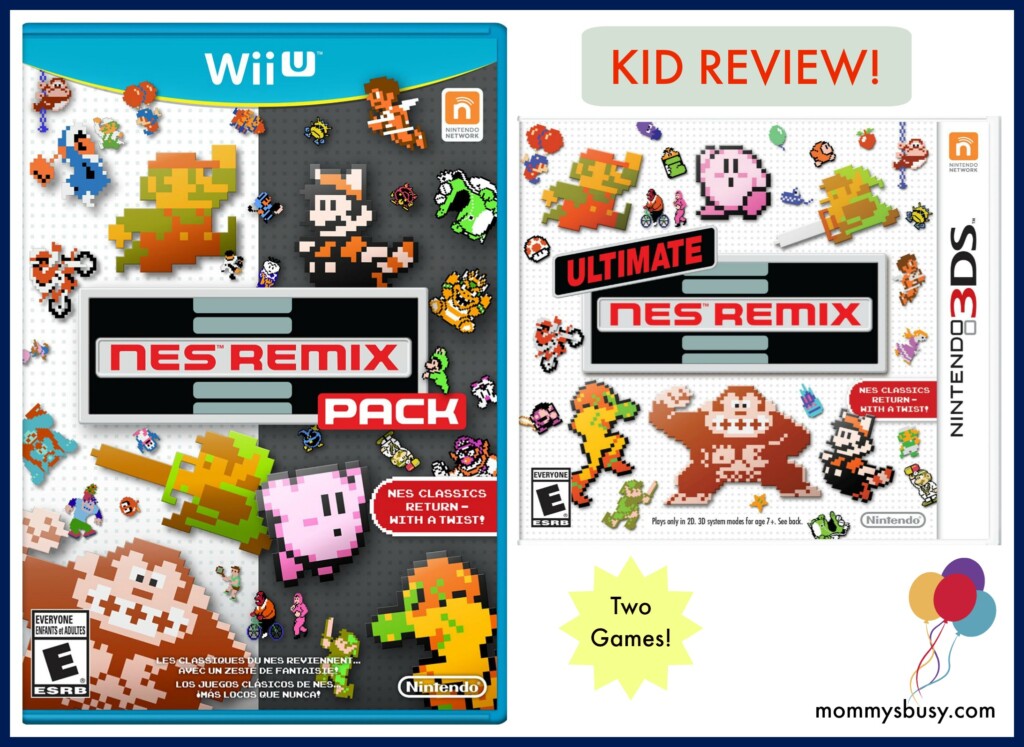 I just got Ultimate NES Remix for the 3DS and NES Remix Pack for the Wii U! These games give a host of rapid fire challenges from NES games. Both of these games give me a chance to experience past NES games I never played.

They also have a remix mode which is NES games remixed. Some examples are Link vs. Donkey Kong that is the original Donkey Kong but you’re Link and you can’t jump, playing the level 2-3 in Super Mario Bros but you can’t stop moving. Eliminate moving viruses in Dr. Mario and so much more.

NES Remix Pack is the first 2 NES Remix games in one, but Ultimate NES Remix is a brand new game.  Some of the NES games are Super Mario Bros., The Legend of Zelda, Excitebike, Donkey Kong,  Super Mario Bros. 3, Zelda II – The Adventure of Link, Metroid, Kid Icarus, Kirby’s Adventure, and many more. There is so much content in both of these games I didn’t finish any of them.

The only downside is that it is only 1 player. I would like to see a multiplayer mode for the NES games that had one. That way I could play this great game with my friends.

These games are great for old time fans of Nintendo or new ones.

9 thoughts on “Kid Review: Nintendo is Remixing the Games You Love”