I just got the Downloadable Content (DLC) for Mario Kart 8! Which is The Legend of Zelda x Mario Kart 8.

This is the next best thing to Super Kart Bros. You can play as Link, Tanooki Mario, and Cat Peach. There are 2 new cups, the Egg cup and the Triforce cup so there are 8 new courses. In the Egg cup, the 4 new races are GCN Yoshi Circuit, Excitebike Arena, Dragon Driftway and Mute City. In the Triforce cup, the new tracks are Wii Wario’s gold mine, SNES Rainbow Road, Ice Ice Outpost and Hyrule Circuit. 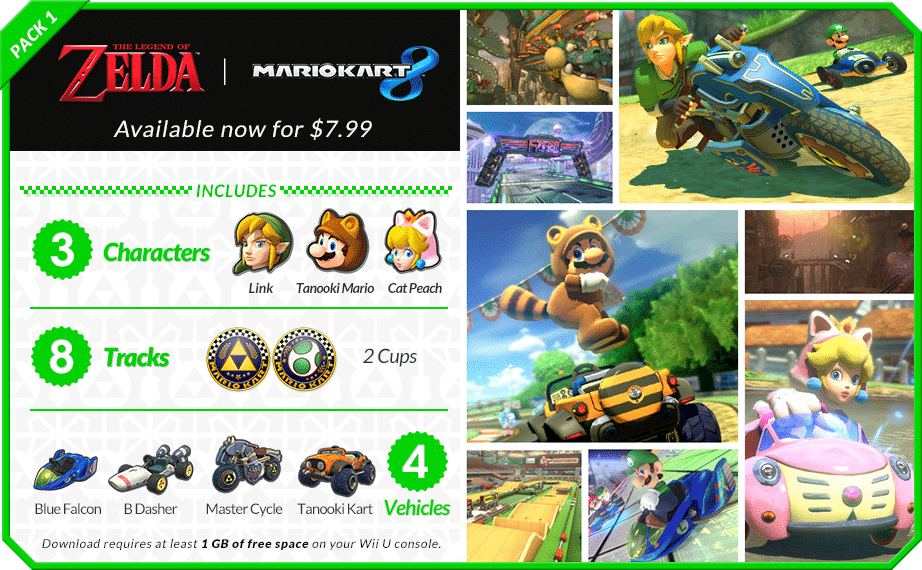 There are also 4 new karts, a new wheel and a new glider. They are Blue Falcon, B Dasher, Master Cycle, Tanooki Kart, Triforce Tires and Hylian Kite.

Since the version Nintendo sent me also pre-ordered the next pack (Animal Crossing x Mario Kart 8), I got 8 different colors of Yoshi and Shy Guy. They are Light Blue, Black, Red, Yellow, White, Blue, Pink and Orange for Yoshi. Shy Guy is the same except instead of Red it is Green. 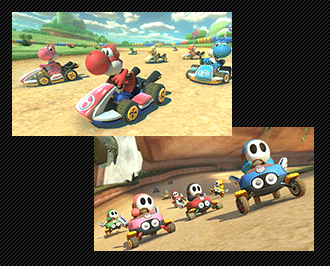 If I could only pick one thing I liked about this Downloadable Content is that you can play as Link but the other character choices are not anything special. I don’t get why they made Tanooki Mario and Cat Peach because there already are 2 other Marios and Peaches not counting Baby Mario and Baby Peach. Even though there is another Mario and Peach they are fun to play as, but not as much fun as Link. 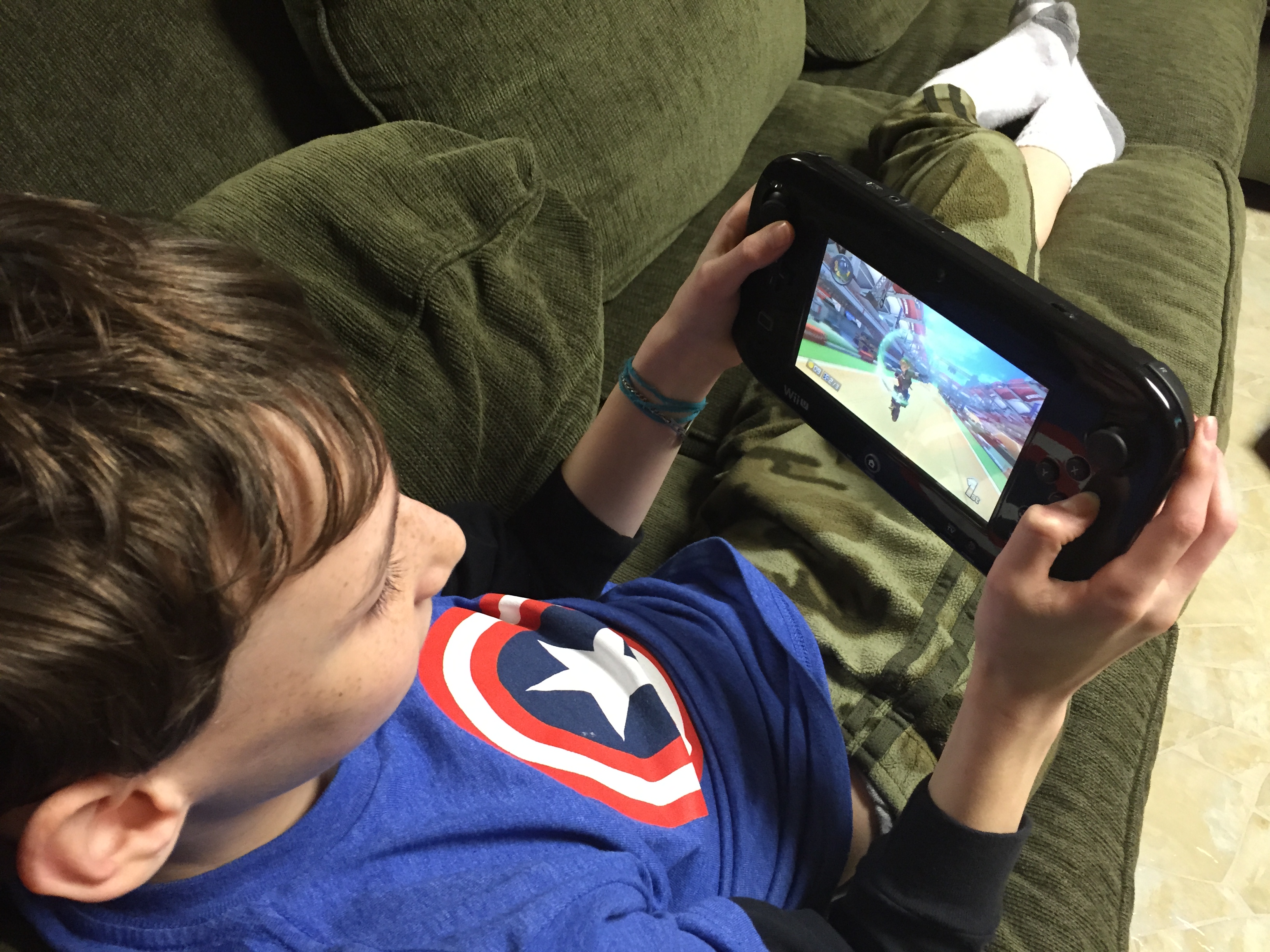 7 thoughts on “Kid Review: Mario Kart 8 DLC is a Link to a Great Game”